Namibia is a much-like destination which is famous for its unique wildlife and desert landscapes. Situated between South Africa and Angola, it offers various cultural activities such as San rock painting and drinking German beer in Swakopmund. There are still tribal communities that remain and live in Namibia’s Himba villages as they have been for thousands of years. Namibia is a sought-after location with its national parks, and it’s the network of towns and roads with self-drive safaris, perfect for travelers that love to explore on their own. Namibia is also a relatively safe destination to visit. 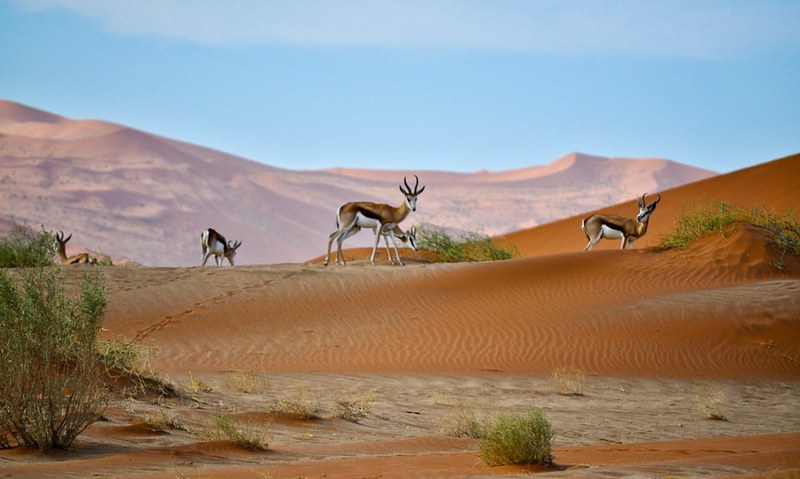 Etosha National Park
Etosha National Park is one of the most favored wildlife destinations in Namibia, situated on the Northside of the country surrounding a large salt pan. It is one of the last places where you can still spot the endangered black and white rhinos, while other animal sightings include cheetah, leopard, elephant, lions and more. It is an excellent destination for bird lovers as well since it hosts 340 different avian bird species. Etosha is originally a self-drive destination, offering visitors the freedom to explore as they please. You have various accommodation choices at your disposal within the park, with three main camps each featuring their own floodlit waterhole. The best time to visit the park for game viewing is from June to September, during the dry season when the animals are congregating around the water sources. 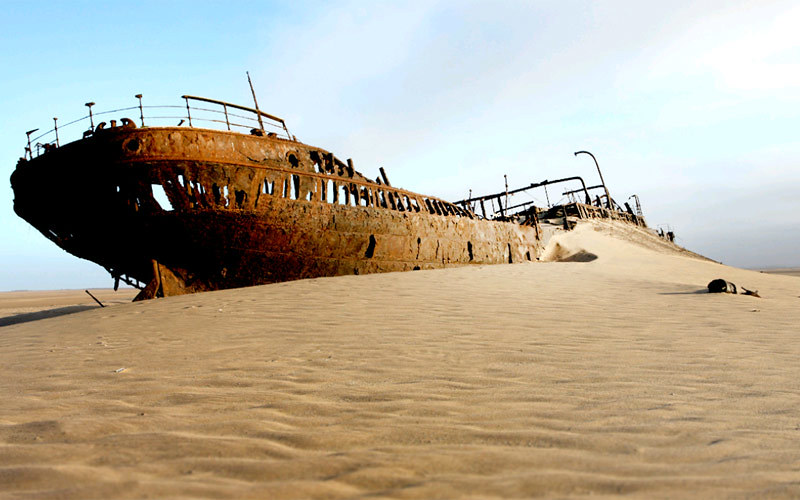 The Skeleton Coast
The Skeleton coast travels from Swakopmund, all the way to the Angolan border and derives its name from whale bones and shipwrecks which can be seen along its desolate shore. The water of this African Photo Safari tourist attraction is freezing, the surf is unyielding, and the dunes are lacking any freshwater sources. Besides the region’s unreceptive nature, the unambiguous scenery is considered among the most beautiful. 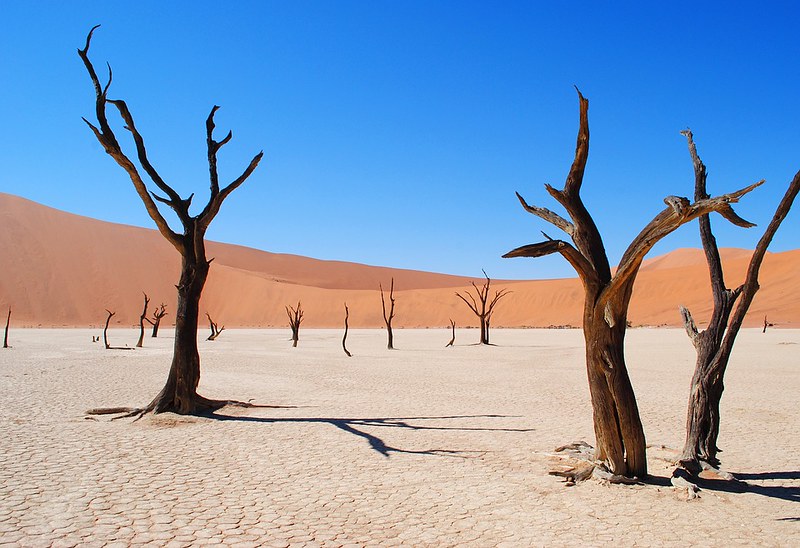 Sossusvlei
The Namib desert is among the oldest existing deserts worldwide, and the Sossuvlei dune sea lies within the heart of this desert. Here you can watch in awe-struck the magnificent rising star-shaped peaks of the ocher dunes with the stunning backdrop of the azure sky. You can stay at the Sesriem camp which is located inside the park gates) that has access to the dunes. Other Sossusvlei places of interest include Big Daddy, the most challenging dune to climb, and Deadvlei, which is a dry oasis filled trees which are reaching upwards from white clay. The nearby Sesriem Canyon is a must-see attraction due to its photogenic abilities, gemsbok and springbok antelope species and free-roaming wildlife. 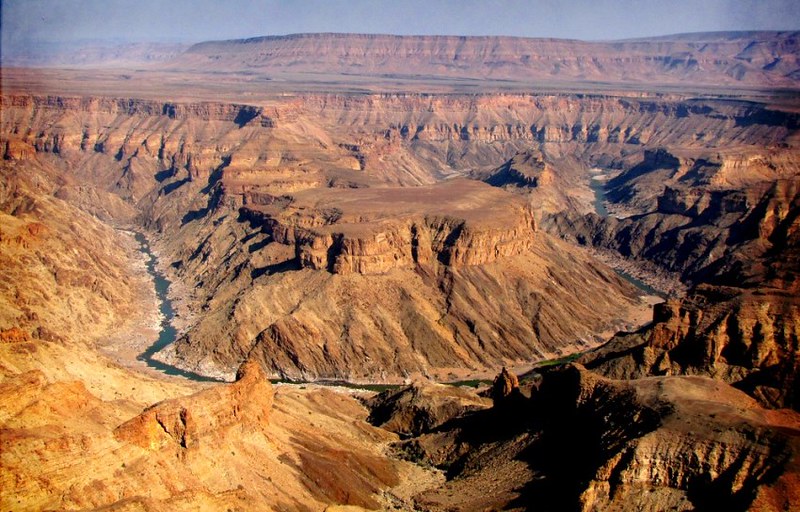 Fish River Canyon
The Fish River Canyon is the second most visited tourist attraction in Namibia, is the largest canyon in Africa and the second largest in the world. The canyon is in the south of Namibia and is believed to be established 500 million years ago. It stretches over 160km of rock, and in some places, the walls are more than half a kilometer high. Hiking through the canyon can be done during the colder months of May to September. The hike lasts five days, and there are no restaurants or hotels along the way. Hikers must be completely self-sufficient and sleep in tents. The canyon boasts unbelievable views and wildlife sightings like klipspringers, hyraxes, and baboons.

Conclusion
There are many beautiful places to visit when you are in Namibia. This destination is perfect for people who love exploring, hiking, and engaging in outdoor activities. This is definitely a destination worth putting on your bucket list.

We’re now heading on the fourth part of our Yexel Toy Museum tour and this time, we’re featuring one of the most interesting spots on the building. The Ironman Lab!