A Trip To Binondo : The Santa Cruz Church 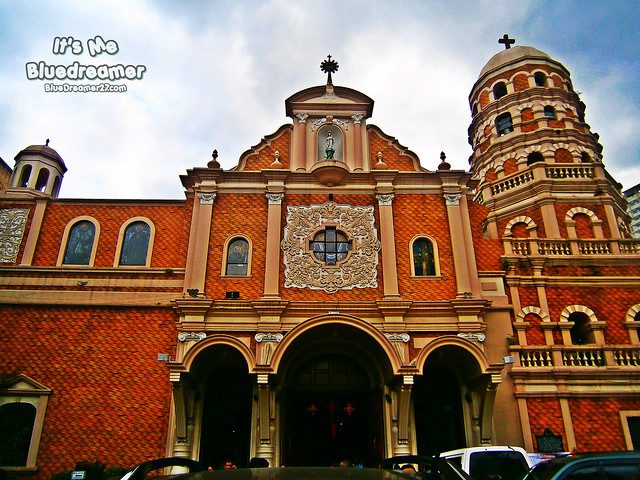 After a quick visit to Kuang Kong Temple, we headed to our last destination before we decided to have our dinner in Sincerity Restaurant and before buying our pasalubongs! We went to Santa Cruz Church which has always been on my list of churches to visit in Manila. So generally, we were able to visit three churches on our trip to Binondo including the Binondo Church and the chapel of Nuesta Señora De Manila. 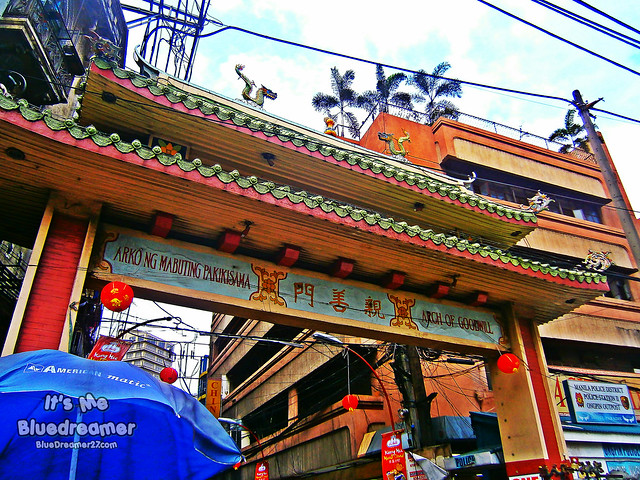 The Arch of Goodwill, it’s just one of the arches we encounter during our trip. This one can be found near the Carriedo Fountain. 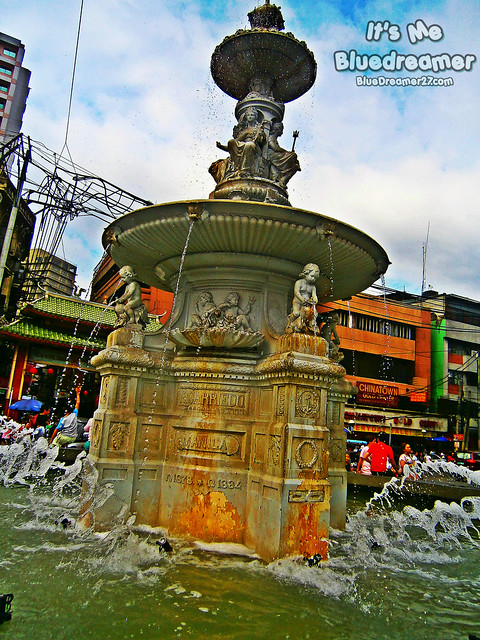 The well-known Carriedo Fountain in Sta Cruz Manila! It was built in honor of the 18th-century Capitán General of Manila, Don Francisco Carriedo y Peredo, benefactor of Manila’s pipe water system. It was moved three times before its current location at Plaza Santa Cruz, right in front of the Santa Cruz Church. The original Carriedo Fountain was built in May 1882 as part of the Carriedo water works system and was inaugurated by Governor-General Fernando Primo de Rivera on July 24, 1882. 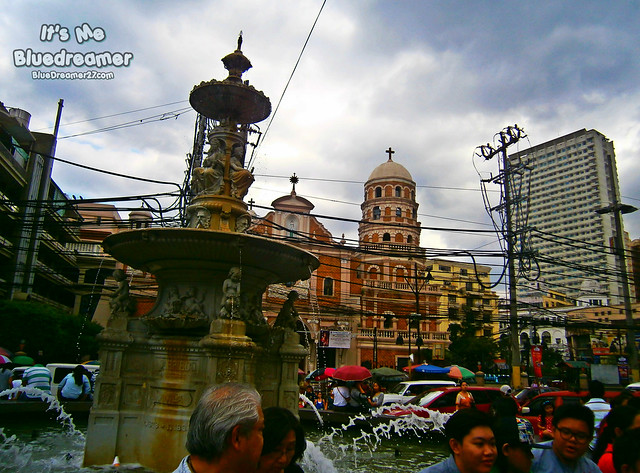 During the term of Mayor Alfredo Lim, he convinced MWSS administrator Mr. Luis V. Z. Sison to bring back the Carriedo Fountain to Manila. MWSS agreed but requested that the fountain be replicated. The company commissioned national artist Napoleon Abueva to replicate the original Carriedo Fountain in the spot where it was once located. Abueva worked for one year using plaster as the primary material to create a rendition that would not be suspected as a replica. 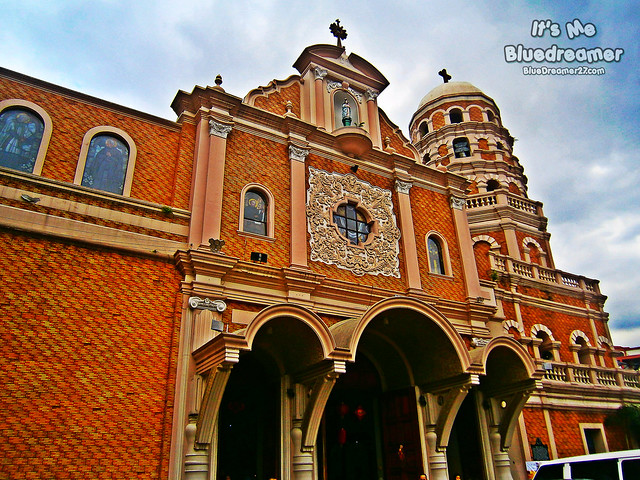 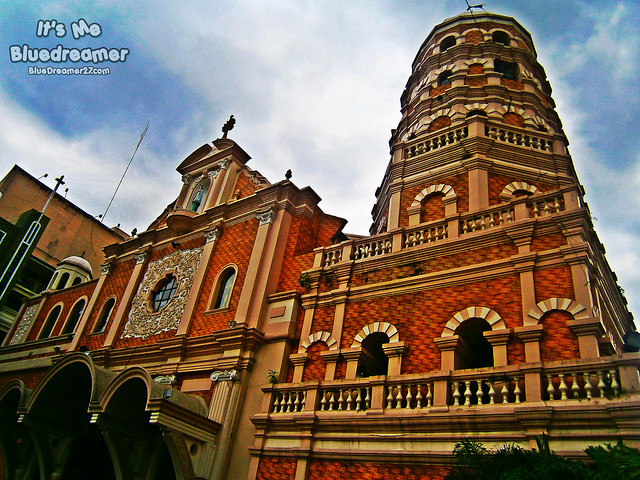 Construction of the first Santa Cruz Church was started in 1608 by the Jesuits and it was consecrated in June 1619, as the parish to serve the increasing migrants from China arriving in Manila, many of whom had decided to convert to Catholicism. The original church design was made of stone and wood and is built under the patronage of Our Lady of Pillar. It notably has three semicircular arch doorways form as main entrance to the church. A Celtic-like window flanked by small semicircular windows is found at the center of the second level while an effigy of Our Lady of Pillar can be found on the top! 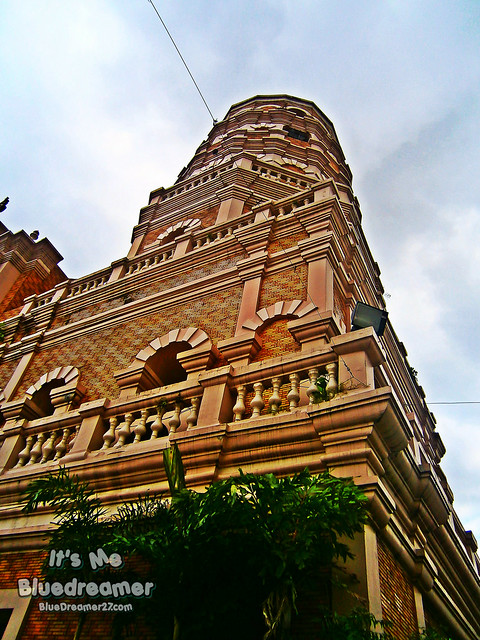 Domed beflry of the Santa Cruz Church located on the right side of the entrance. 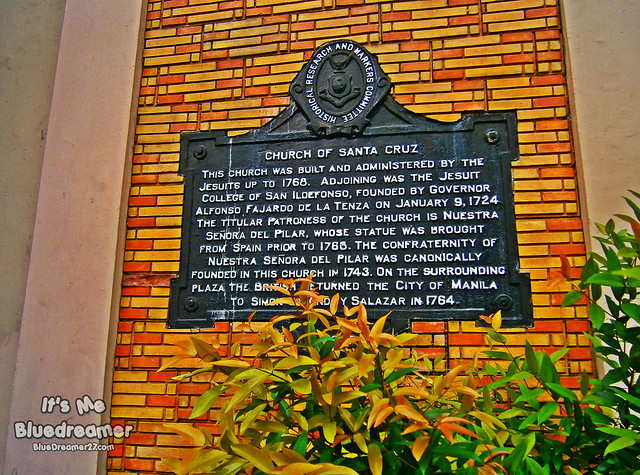 A heritage Marker found near the church’s entrance. 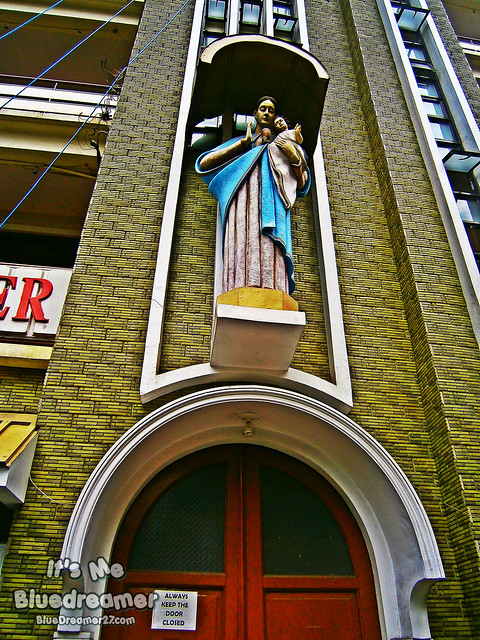 I also found this image near their main office. 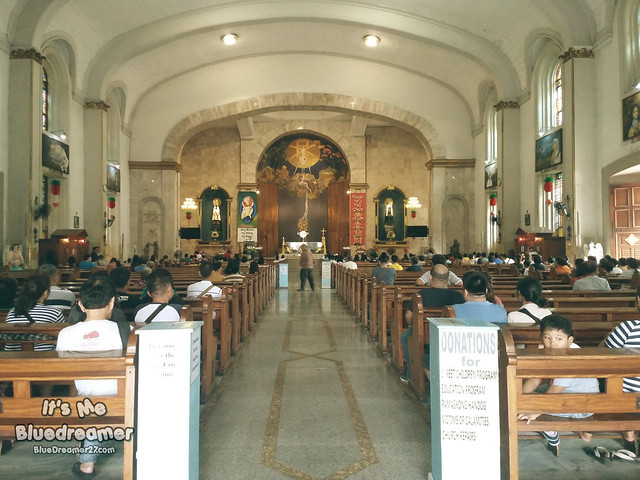 The nave and the altar 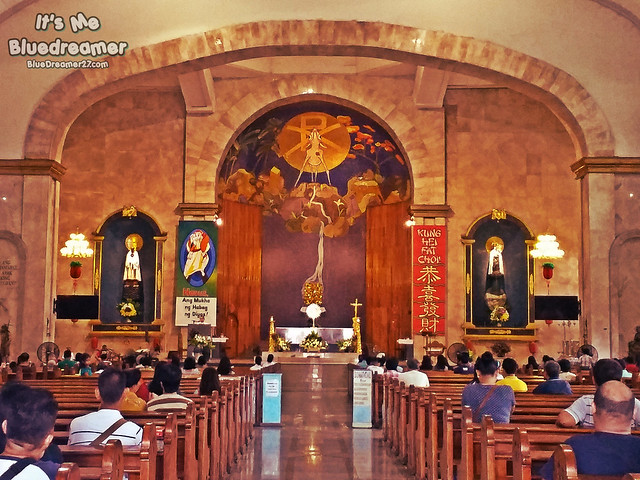 I  was quite surprised to see an overwhelming amount of Chinese Lanterns inside! It was really interesting to see a mixture of two religions in this church! 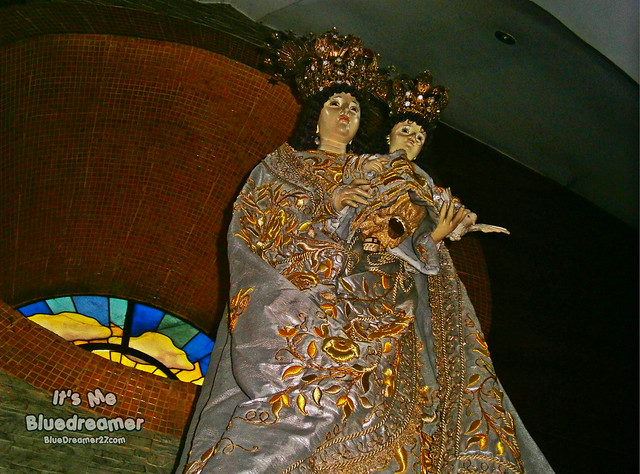 The image of Our Lady of Pillar, their patroness inside their chapel of saints! 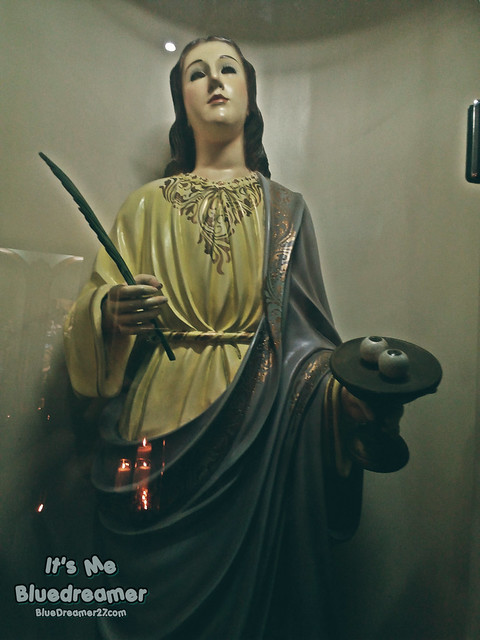 After the Santa Cruz Church, we headed back to Yuchengko Street to have our dinner at Sincerity Restaurant

15 thoughts on “A Trip To Binondo : The Santa Cruz Church”

I remember last year, we attended a garden wedding. Actually, this is the best and the most luxurious wedding i have ever seen in my life. The wedding was held 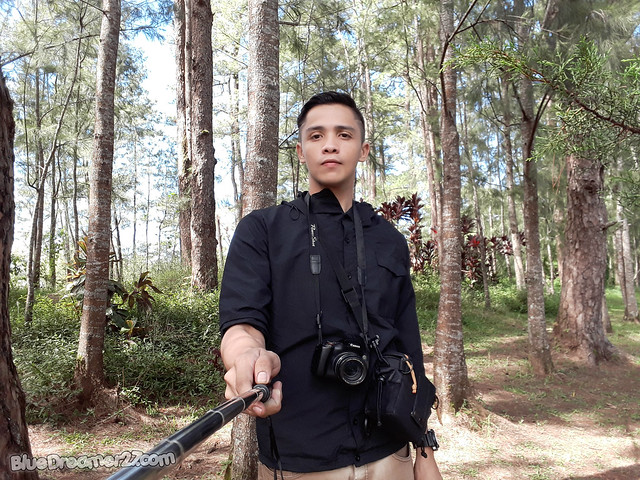