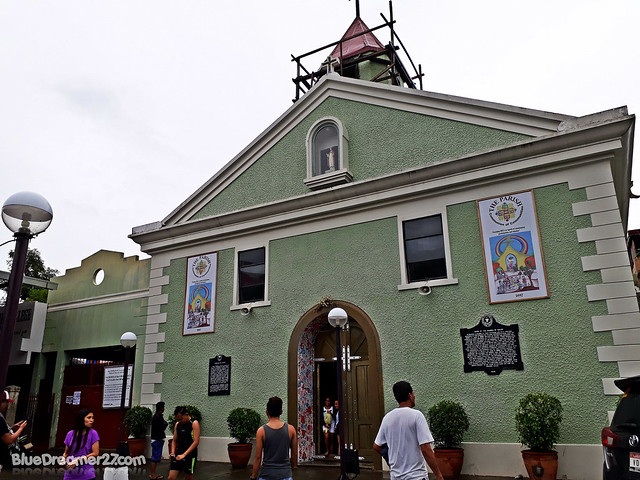 After spending several minutes exploring the Doña Aurora House, we decided to drop by at a small yet historically significant church of Baler which is just located few walks away from the ancestral house (Check Doña Aurora House). The church is relatively small yet often associated with major historical events including the well known “Siege of Baler“ 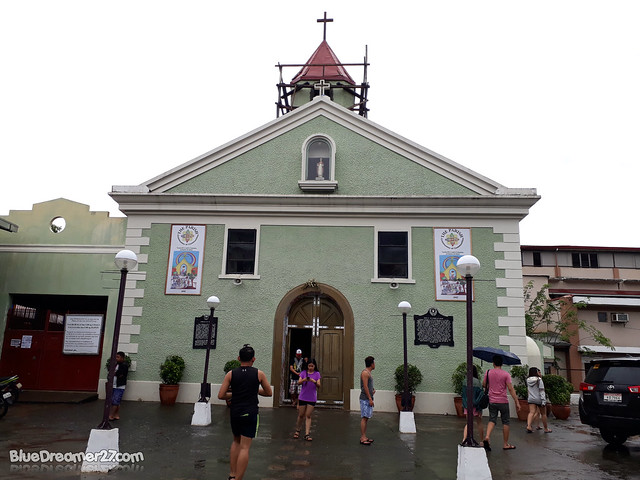 This so-called Siege of Baler is not just a simple town history but an event that is left a huge mark not just in Philippine history but also in the world. It is regarded as the world’s longest siege which took place from 1898-1899 shortly following the end of the Spanish colonization of the Philippines. The Siege of Baler is considered as the only battle where the Katipuneros won against both the Spanish and Americans 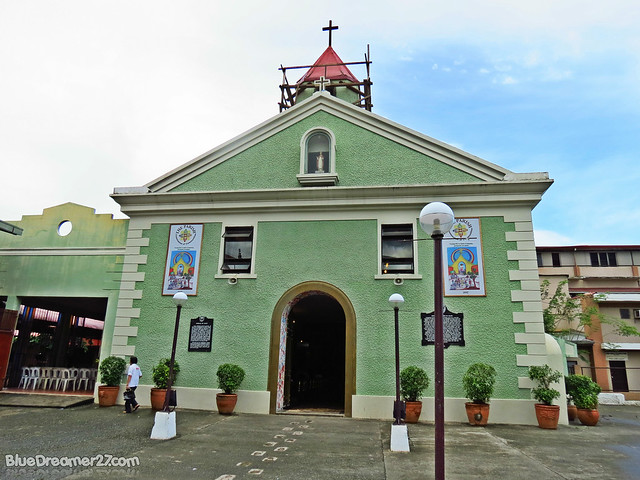 The current church was built in 1939 but authentic original details may be seen inside, including the old bell, La Campana de Baler. There are markers that indicate the locations where events connected with the Siege of Baler took place. It features a very simple facade. 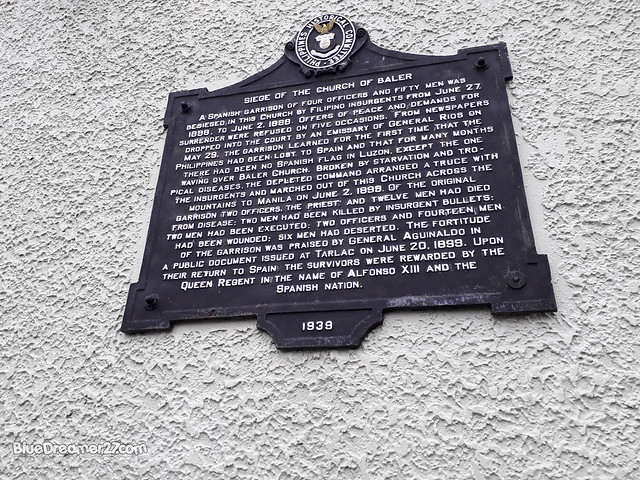 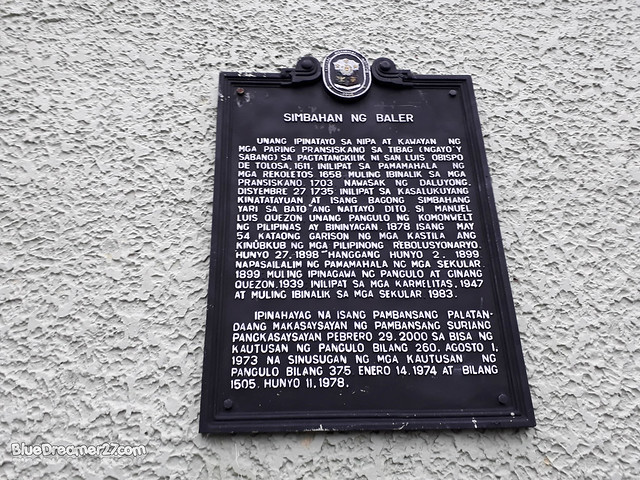 Another historical marker stating the church and its historical significance. 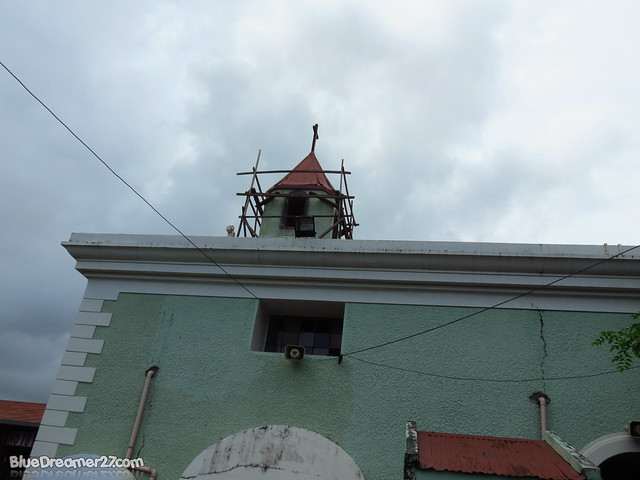 The Bell tower is currently under renovation too. 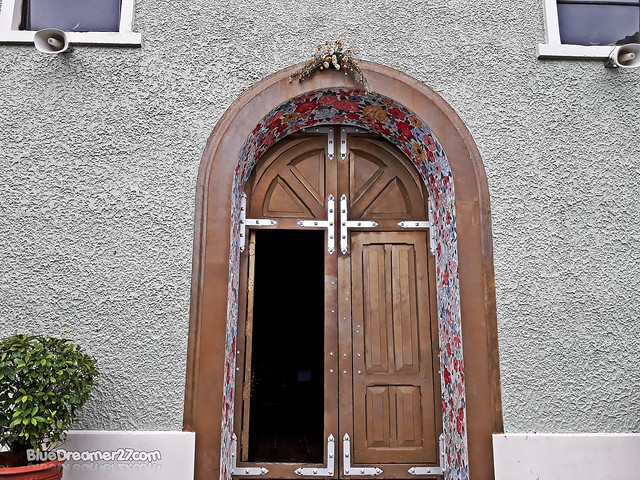 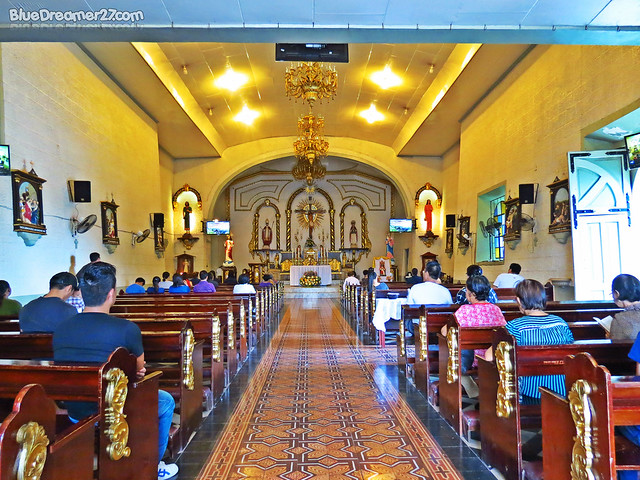 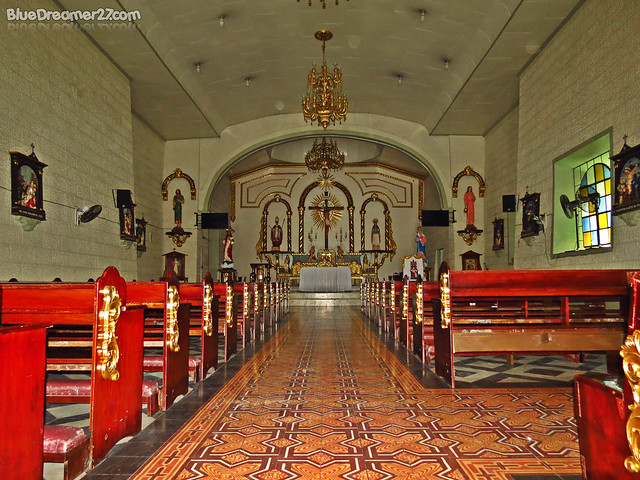 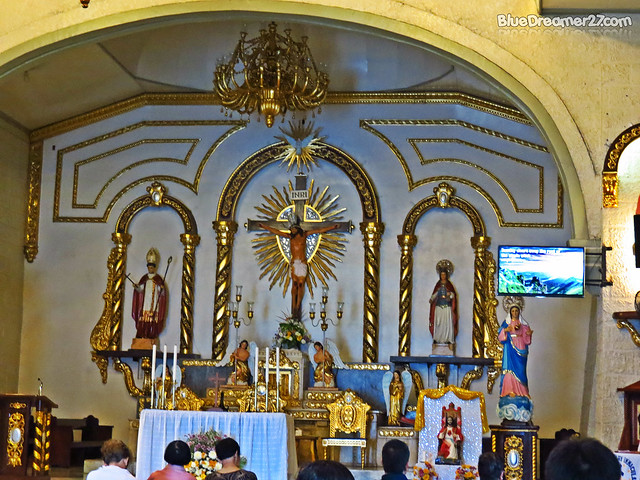 The Main Altar of Baler Church 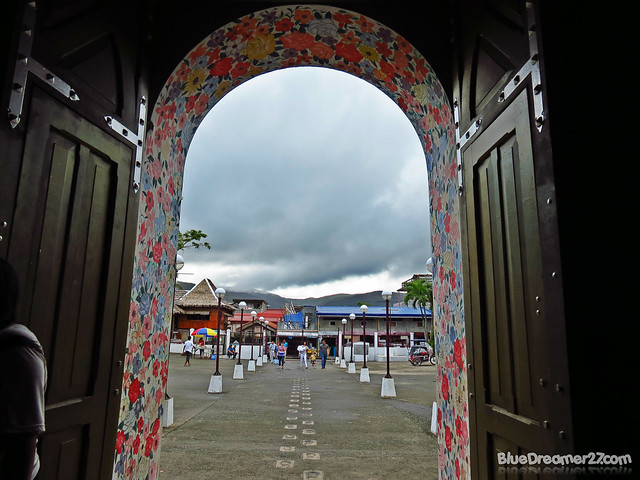 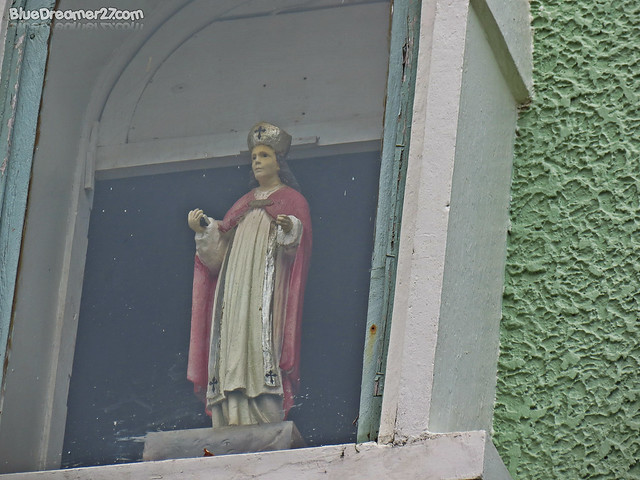 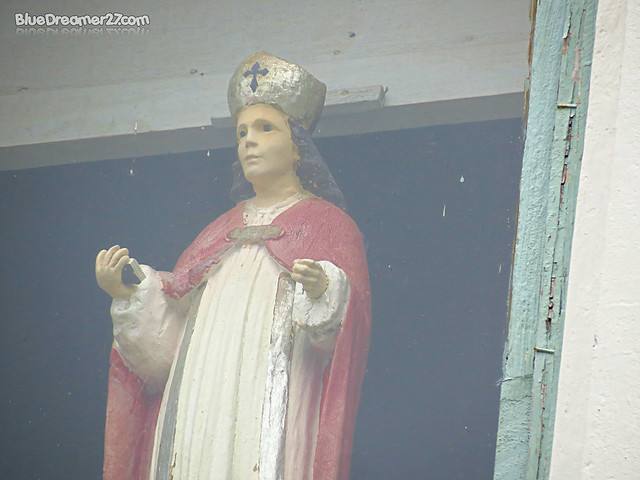 You’ll find an image of the said saint outside the church just beside the bell tower. 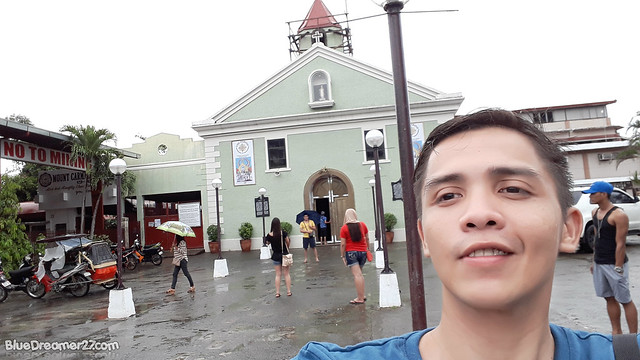 We didn’t spent much time with the Baler Church as we had to conclude our tour for that day due to the bad weather and we headed to our Transient House located just few blocks away from the Sabang Beach. It was passed 3 pm when the rain stopped. Some of my group decided to hit the beach and so I did the same.

How to Get to Baler Church
►You can actually ride a Transit bus from Cubao via Genesis Bus which will take you directly to Baler. These airconditioned buses has daily trips from 3Am to 7:30 Am with 6-7 hours travel time. The fare would cost you around Php550-600 per head.
►Once you reach the Baler town proper or the Baler Plaza, you can explore all the nearby destinations such as Museo De Baler, Doña Aurora House, Baler Church and the public market as well.

On my next post, I will give you a glimpse of the Sabang Beach and why Baler is regarded as the Surfing Capital of the Philippines.

Finally, we’re down to our last destination in Laguna as part of our last year’s pilgrimage. After visiting Nuestra Señora de Candelaria Parish in Mabitac, we headed next to Pangil,

Supposedly, i will post this last night but since i went to bed so early, i failed to update this blog. I tried answering some cool question from blogthings. Here’s

Tadah, after months of not posting anything, I came back with a new entry which should have been posted eight months ago. I just realized that July will be approaching