The Best DSLR Cameras for Travelers

Choosing a travel camera is as overwhelming as preparing a vacation abroad. You want to stay at an elegant resort, but you also want to save money. You would love to spend time on the beach but still have time for site seeing. You might also want to explore those picture-worthy destinations to fill your Instagram.

With DSLR cameras, you want a slick device jam-packed with performance-enhancing features. A battery that keeps power for long, user-friendly controls, exceeding image quality and zoom are must-have features. If that’s what you’re after, below are some of the best cameras to purchase this summer. 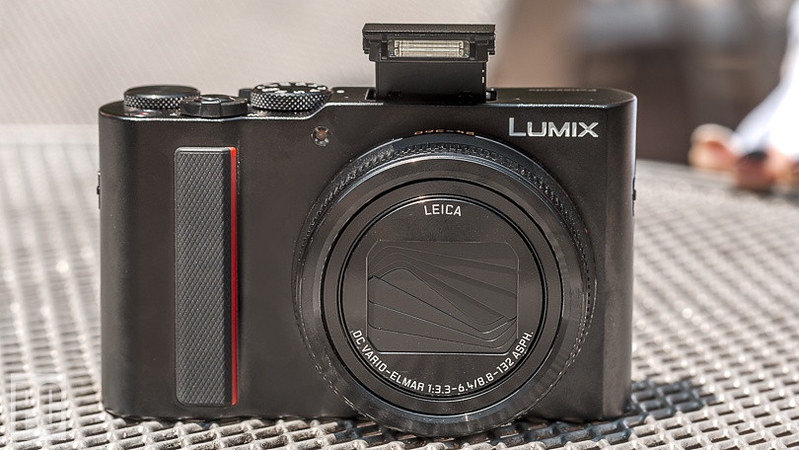 The Panasonic Lumix Zs2oo is a premier travel DSLR launched a couple of years ago. It’s small enough to fit inside a purse yet it packs a long 15x zoom lens, 20.1MP resolution and a large one-inch sensor. It’s also light despite being slightly larger than its peers.

The camera’s one-inch sensor is four times bigger than what many pocket cameras feature. That means it captures more vibrant images that remain top-notch even when cropped. It also comes with a narrow lens aperture which combined with other features help the camera take clear pictures in bright or dim light settings.

Predictably, the Lumix Zs200 is expensive. It’s one of a few travel cameras with a one-inch sensor and a 15x zoom. But that sets you back $799, nearly double the cost of most travel cameras. 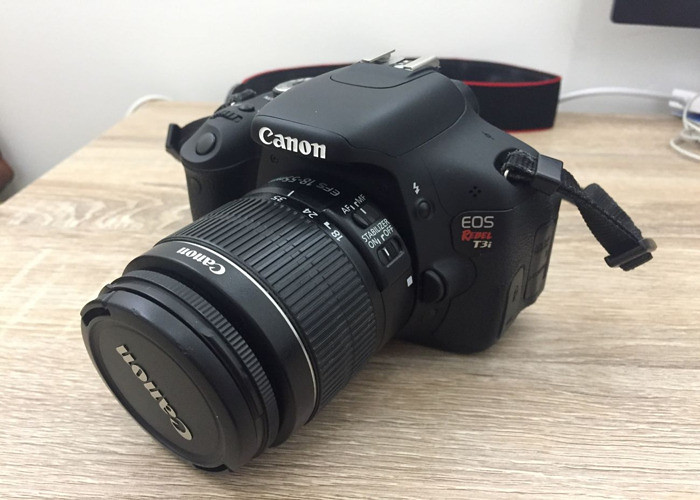 The Canon Rebel T3 is a budget-friendly camera designed to take full HD photos as you tour the world. It came out in 2011, so its features are relatively modest compared to what is available today. Nonetheless, the T3 delivers outstanding photos in most weather conditions.

It works better during the day, preferably in properly-lit areas. Its images can get grainy when taken in dim conditions. On the bright side, you can record HD quality videos with the camera. You are also able to tweak several configurations apart from autofocus, which is missing.

Surprisingly, the Rebel T3 is more powerful than the more expensive Rebel T5. In a case of newer isn’t always better; the T5 camera features fewer specs in the same camera body as the T3 model.

On the other hand, the Canon Rebel T6 packs more features than both the T3 and the T5. It supports 1080p video recording, packs five more mega pixels and comes with a more advanced camera processing engine.

Unfortunately, the camera falls short of Nikon’s D3400. Although a tad cheaper, the T6 leapfrogs Nikon’s entry level camera in every way. Read this in depth comparison of the Canon Rebel T6 vs Nikon D3400 to find out the two camera’s capabilities and which offer better value for your money. 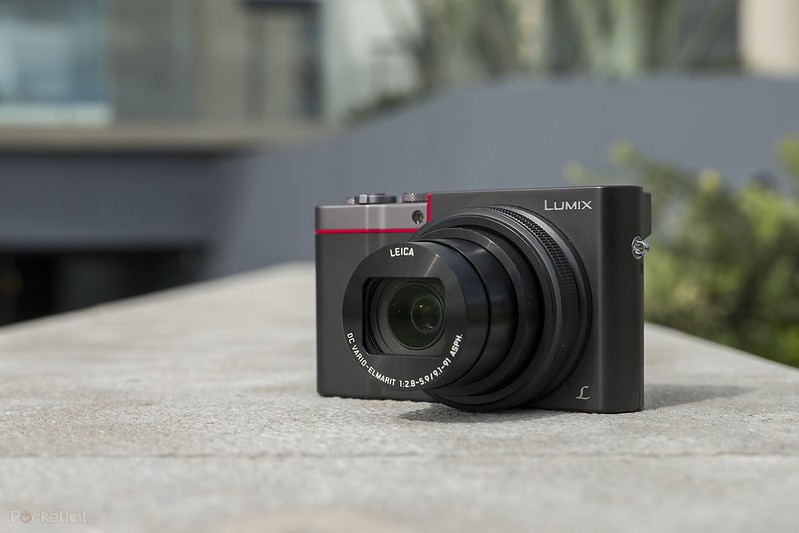 The Lumix ZS100 was Panasonic’s best travel camera before the ZS200 came along. To date, it’s one of the best cameras for people looking for an outstanding camera priced below $500.

Like the ZS200, this DSLR packs a one-inch sensor and 10X zoom range. It’s slick, light and easy to fit inside a small bag.  You can record 4K videos with the device and capture magnificent images in all kinds of weather.

What makes the ZS100 stand out, though, is its multiple control features. The stabilization system, for example, helps you take still photos and record videos more vividly. The raw capture setting lets you take pictures you could edit afterwards. The raw picture mode also enables you to take colorful photos in dim light. 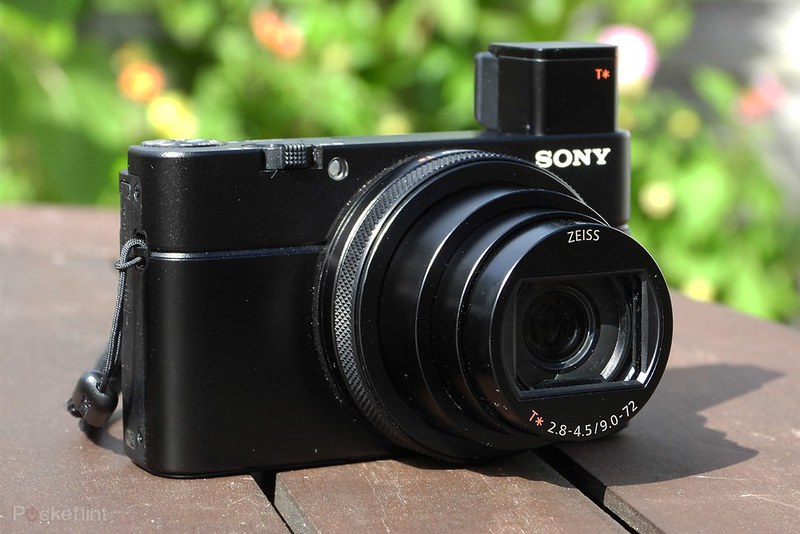 The Sony Cyber-shot RX100 VI is a costly camera best suited for experienced professionals. Priced at $1,200, the camera is more than triple the price of entry-level cameras. So, what’s special about it? Although it features an 8X zoom and a one-inch sensor, the RX100 presents a vast amount of control features.

You can change the shutter speed as you like, angle the monitor and take selfies and store them on the cloud for your convenience. Despite its WiFi connectivity, the RX100 is built to keep power for hours. Specifically, it takes 240 shots before the next recharge, which isn’t shabby for a point and shoot camera.

If you sometimes take multiple photos in tandem, the RX100 should be your companion. It takes up to 233 pictures at 24 fps.  When it comes to shooting videos; the pocket-sized DSLR records 4K resolution at 30 fps and 1080p videos at 120 fps maximum. 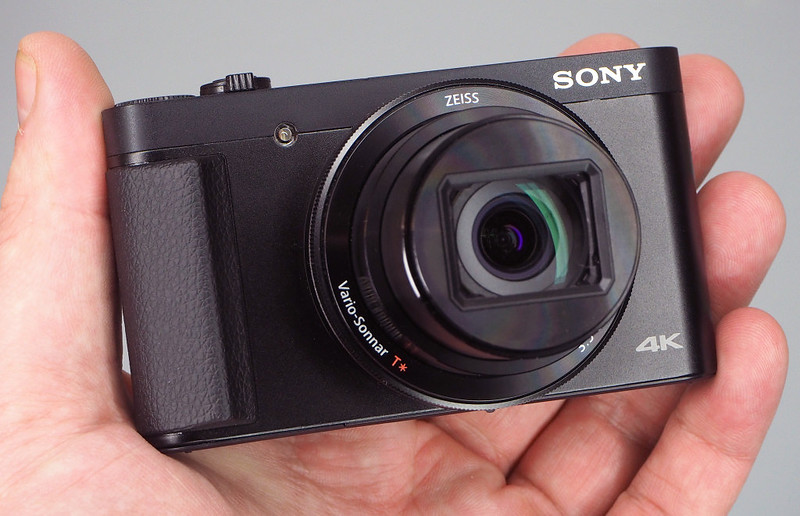 The HX99 lacks a one-inch sensor but packs a 30x zoom and costs $450, saving you more than $600 if you chose it over the RX100. And frankly speaking, this camera offers incredible value for money. It’s an 18.2MP camera featuring a ½.3-inch sensor, the most common sensor in earlier DSLR cameras.

Despite its flaws, the HX99 is significantly better than most smartphones. It also packs a plethora of helpful control features. If you love recording short clips while on vacation, you’ll love the camera’s 4K capabilities. The device is also built with a stabilization system that helps you take outstanding photos at maximum shutter speeds.

What’s more, the HX99 is impressively deluxe. Unlike some of its peers, the HX99 feels elegant and durable. It’s compact and sturdy and barely scratches when dropped. Of course, you don’t want to test its durability by dropping it. But should this happen, you can be sure it will survive. 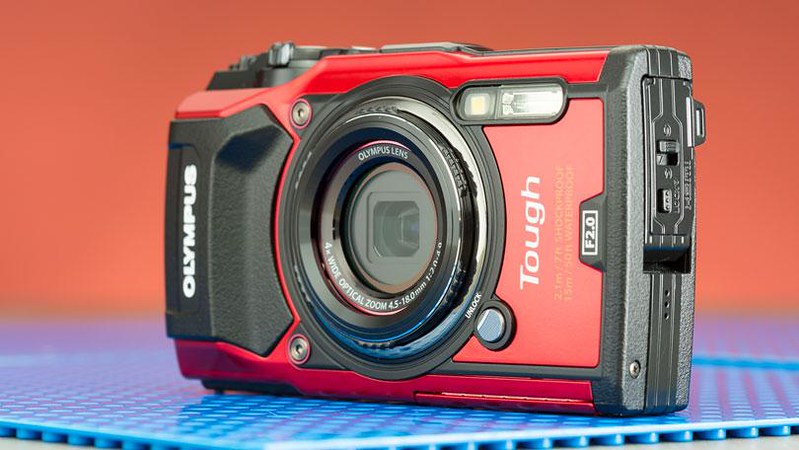 The Olympus TG5 is built for divers, surfers and everyone else that loves taking underwater snapshots. It’s waterproof and decent enough to take 4k clips at 20 fps. Besides its waterproof features, the TG also presents impressive optics.

The camera’s 4X optical zoom and a 12MP sensor ensure you take high-quality images. You could always capture distant objects but the TG5 isn’t built for that purpose. It also can’t handle darkness and produce blurry pictures when exposed to dim light.

To compensate its flaws, Olympus offers you an exclusive photo editing app. The camera features a raw mode setting and the app helps you edit those images.

There are so many travel cameras out there that it can be challenging to find the right one. Save your time by checking out one of the cameras listed above. The Canon T3 is perfect for someone looking for a budget-friendly yet top-quality camera.

The ZS100 and the ZS200 offer more precious images and more controls while the RX100 VI is best suited for veterans. Decide what you are looking for and pick the ideal travel camera.

We left the Wright Park around 2 pm and we headed to our next destination, the Mines View Park. They allotted us an hour to explore the place. Mines View was

What in this world can express all the charm of life? What is the most spectacular thing to make declaration of love to a girl, so that she will remember