I’m not really a beach person and not a mountain hiker either and I prefer to visit places with great stories to tell. However, I realized that maybe I should do something new for a change. Honestly, I have this great fear of sea travel and even though I have never been to a long boat ride, my crazy mind will always visualize our boat sinking in a deep water filled with sharks and other huge creepy sea creatures underneath. Anyway, that’s just a product of my weird and insane imagination. I decided to challenge myself and overcome my fear once and for all.  Like they said, you will never really know what you are capable of unless you give it a try. 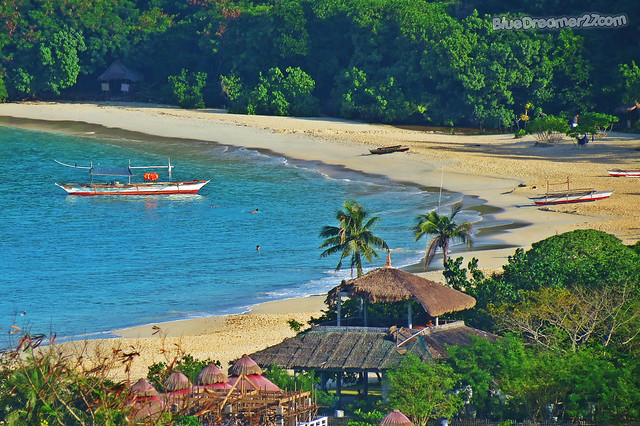 Few months ago, I saw an interesting offer online, a 2Days and 1Night tour to a certain island in Camarines Norte known as the Calaguas Island. The pictures I saw online are truly inviting with clear blue water and the super fine white sand in a seemingly unspoiled island. If there is a perfect word to describe the place ~ paradise.  I didn’t hesitate to grab this offer and availed the tour. The Calaguas Tour was hosted by Paloy Traveler, the same travel agency who hosted my recently concluded Baler Escapade (Check : Baler Escapade). 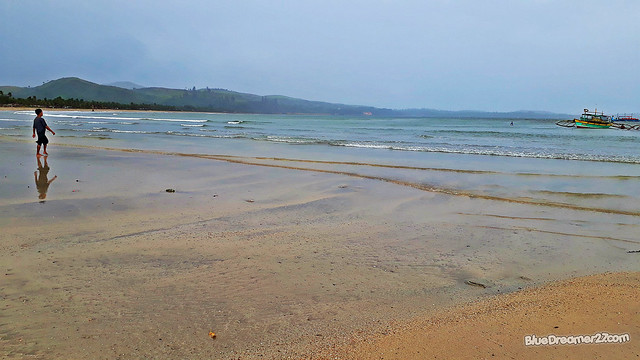 PARACALE BAY
I didn’t expect that it would be a very long ride.  My recent tour in Baler only took us 4 hours but traveling to Camarines Norte is beyond my expectations. It was merely a nine hour long travel from Manila to Paracale, a major municipality in the province of Camarines Norte. After arriving in the port of Paracale, we took a 2 hour long boat ride to reach the Calaguas Island.

I’ve learned that Calaguas is a group of Islands. There are two major islands including the so-called Tinaga and Guintinua Islands. It also includes minor islands such as Maculabo, Balagbag and many others which we all encountered along the way. It was one exhausting and nerve wracking boat ride. We battled against a seemingly endless huge waves. I was freaking out every time we are about to clash to an approaching wave but we are already in the middle of the raging sea and I have no other option to back out. 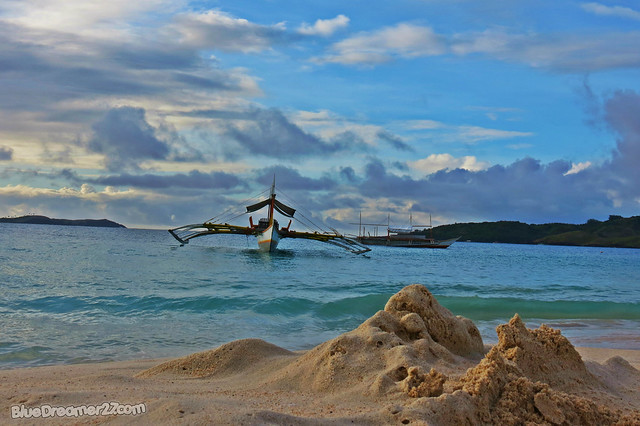 CALAGUAS ISLAND (TINAGA ISLAND – MAHABANG BUHANGIN BEACH)
It might be a hell-of-a-ride but the moment we arrived on Tinaga Island of Calaguas, I was left in so much awe! It was indeed a paradise! we were welcomed by the clear blue water and the powdery white sand! I was in glee the moment I stepped my foot on this island and my excitement was truly overwhelming. We spent our first day marveling the beauty of this island and of course, we took advantage of its clear blue water too! 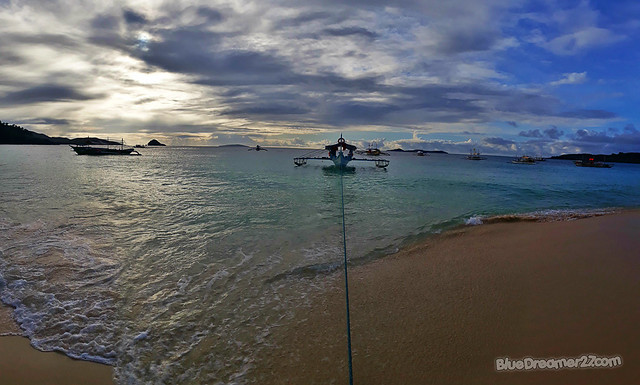 The sunset was even more relaxing. 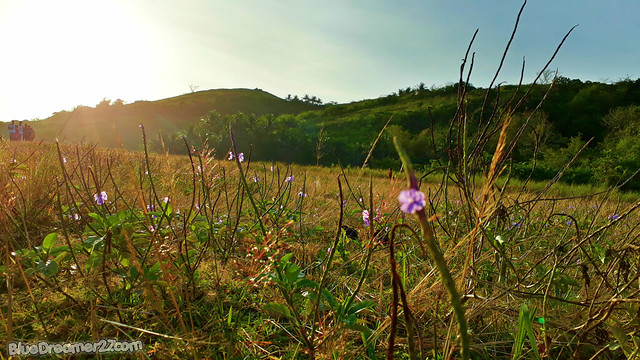 TINAGO HILLS
We started our second day with a minor hike in Tinago Hills. I can’t really tell if it’s really called Tinago or Tinaga hills. It could be Tinaga since it is located in Tinaga Island but it could also be Tinago since the hills is located just beside the certain “Barangay Tinago”. Either which, the hills will give you a breathtaking panoramic view of Tinaga Island and the islands nearby. 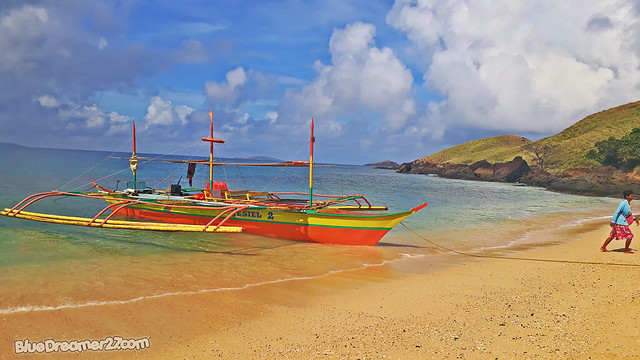 BALAGBAG ISLAND
We left the Tinaga Island after our lunch and we headed to an island nearby which is known as the Balagbag. Unlike the Tinaga, Balagbag has rough and pebble-like sand. Since we cannot fully appreciate the island, we were taken in the deeper part of the sea for snorkeling. I was not equipped with anything but a life vest and I don’t even know how to swim yet I decided to conquer my fear, hoping that my life vest is good enough to save me and hey, guess what, it was surprisingly fun! 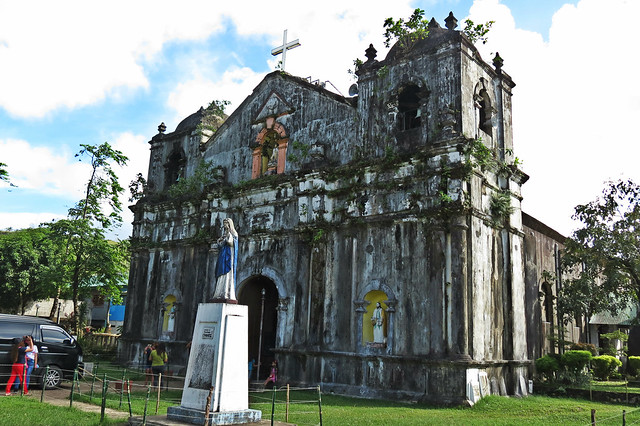 OUR LADY OF CANDELARIA PARISH
We all headed back to Paracale and hit the town proper for souvenirs. While my group were busy shopping, I decided to go somewhere. I spotted an old church dedicated to Our Lady of Candeleria. I was really aiming to include a church to any of my itinerary yet since this is an island tour, I’m not expecting to see one and yet God is really good and He took us here in the town proper of Paracale so I can offer a prayer for a safe ride back to Manila.

Much like I usually do, I will have a separate entry for each destination. While waiting for my next #CalaguasIslandAdventure entries, you might want to follow me in my social media accounts for more updates

Just in Case you missed an entry, feel free to visit the links below 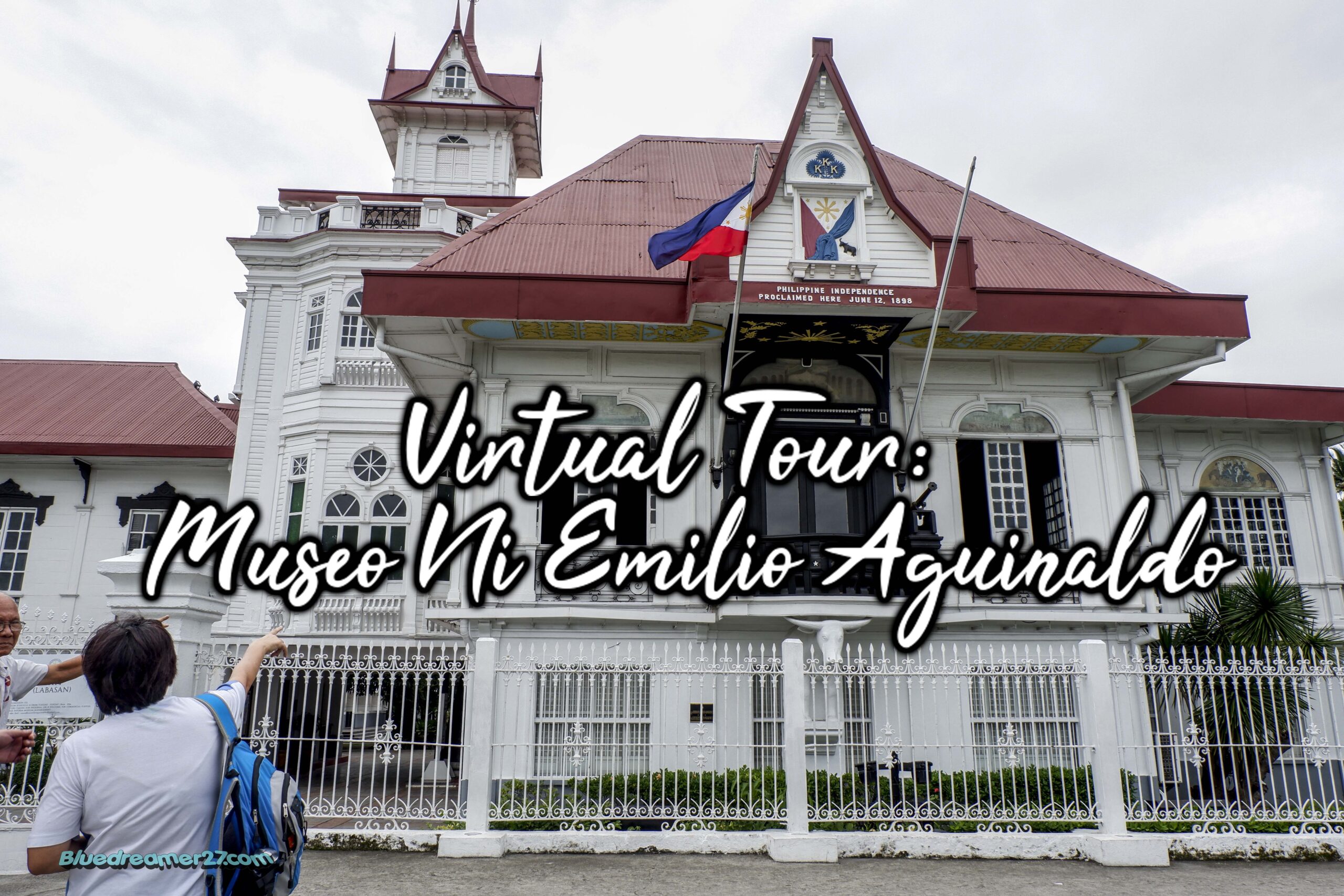 Due to the current global pandemic, most of the museums and historical attractions in the country have been closed indefinitely for public viewing. The historical Aguinaldo Mansion here in Cavite

I used to pass by Manila area when I was working in Makati and Pasig but I realized that I never really get the chance to explore this place. It’s