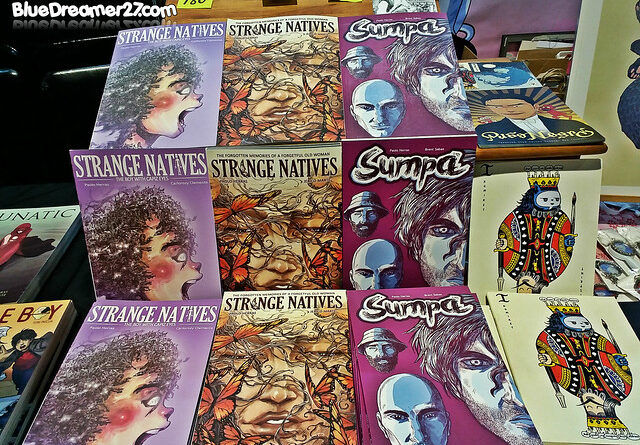 They are not going to call it “Comicon” for no reason. It’s a Comic Convention so if there is one thing that you should really expect from this event, its everything about comics or any form of media related to them (whether they are movies, drawings, digital arts , toys and more). The event will not just gather geeky fans but they also give some of our own comic artists to showcase their crafts! In addition to that, this post will also be dedicated to some of the cool cosplayers that I spotted in the event. Don’t worry guys this post will not be as long as the first one but if you are interested, feel free to check my personal choice of 20 Most Amazing Booths from the Asiapop Comicon 2016 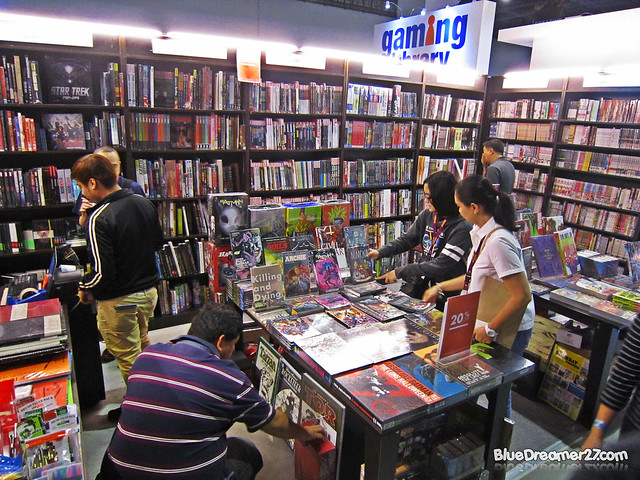 Fully Booked is one of the event’s sponsors and their booth features a huge collection of books that are sold in great discounts. 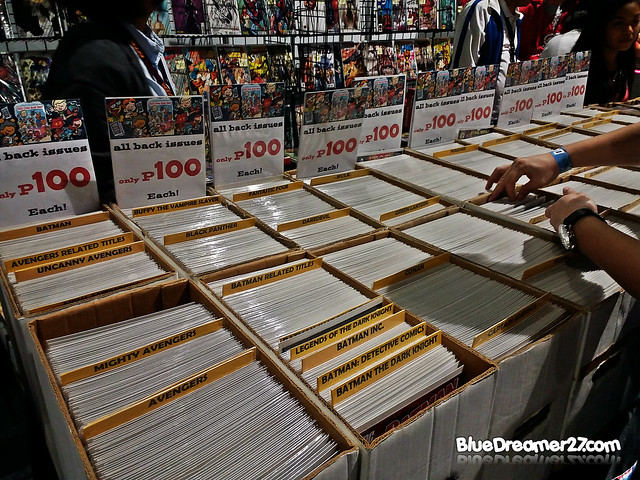 If there is one thing I realized when attending such convention is that you should always arm yourself with extra money in your pocket because you can never tell what kind of treasure you can find! If you are an avid comic collector, then this booth is absolutely the perfect spot you shouldn’t missed! They offered an overwhelming amount of back issues from different comic series( be it Marvel or DC) and they are all being sold in such low price starting from Php100!

While exploring one booth to another during the event, I came across this very interesting spot of PocketsFullaPills (PFP) that showcased some of their interesting merchandises including a comic series entitled RocketGirl. A guy suddenly approached me and welcome me so enthusiastically and little did I know, he is one of the men behind this independent comic series. PocketsFullaPills is a 3-man team who successfully released a series of comics that has ignited the Manila underground. Their debut title is Rocketgirl which follows a story of a Fil-Am  CIA rookie named Rashida Jackson who was abducted by some kind of goons and was forced to intake a neuro enhancing drug and was shot dead but for some reason she went back to life in a seemingly different persona and is seemingly hungry for revenge. I recently saw their teaser trailer in which Rashida is being portrayed by model Maria Herrera and it has some Lucy-vibes on it for some reason but in a different attack. The booth also features the so-called JeAA X PFP ( The Suit, The Machine ) 1/6 scale urban art toy, another amazing project of their team. 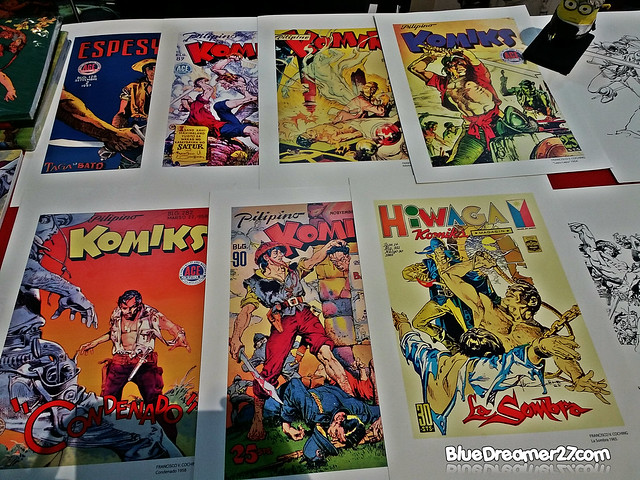 One of my most favorite booths from the AsiaPop is this one! The booth of the National Artists Francisco Coching! The classic Comics covers really took my attention. I was not familiar with most of them but seeing these amazing replicated covers from a National Artist is truly a great experience. It feels like you are taken back in time! Aside from the covers, another thing that took my interest is the National Artist medal that was on display! (You can check it here). Coching by the way is the man behind some iconic comic characters like Hagibis, Pedro Penduko and more. He is also dubbed as the “King of Komiks” and as  the “Dean of Philippine Comics”. 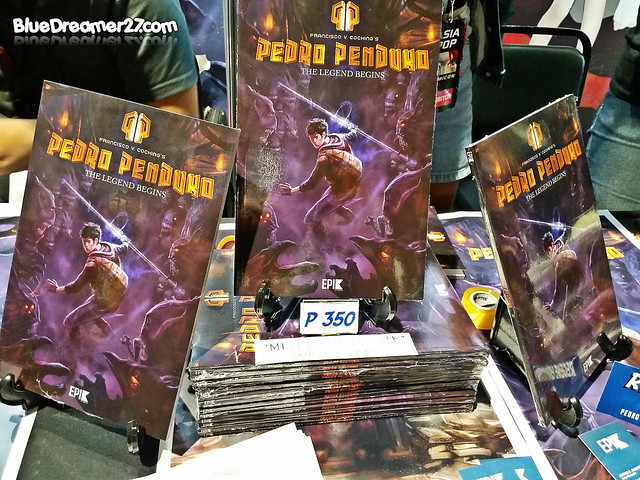 Speaking of Pedro Penduko, it is nice to know that the iconic comic character is making a huge comeback but in an all new different interpretation. The newly launched graphic novel is written by Regene Estolatan. The novel is composed of eight chapters (all in glossy pages). The writers and the artists were all in the event for autograph signing sessions. 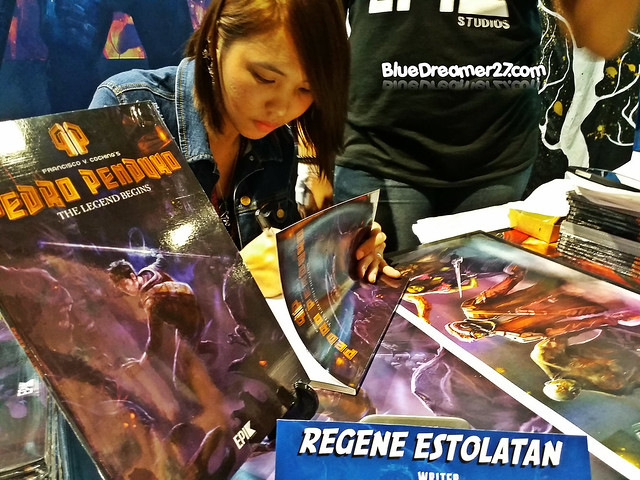 Ms Regene Estolatan signing the books. I’m not aware with the Pedro Penduko : The Legend Begins story yet but just the mere fact that Epik Studios decided to bring the character back really excites me and I can’t wait to have a copy of my own! 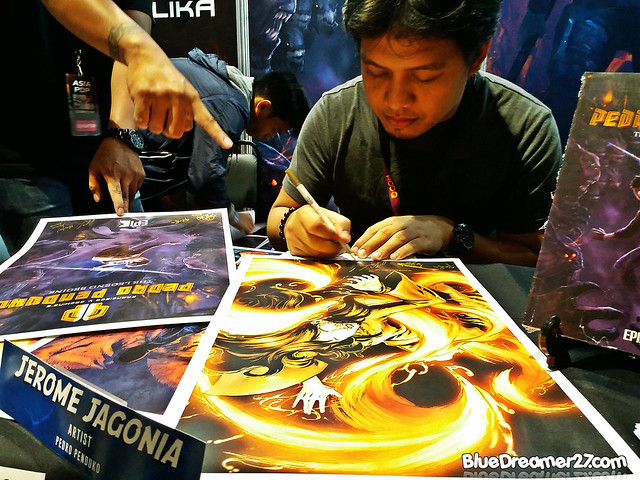 Artist Jerome Jagonia did all the visuals for this Graphic novel. Based on the cover, it seems like Pedro Penduko is once again depicted on his teenage years. They also took that Curly-haired image of Pedro Penduko as depicted by Matt Evans in the Tv Series. I can see more of the Janno Gibbs version in this one! 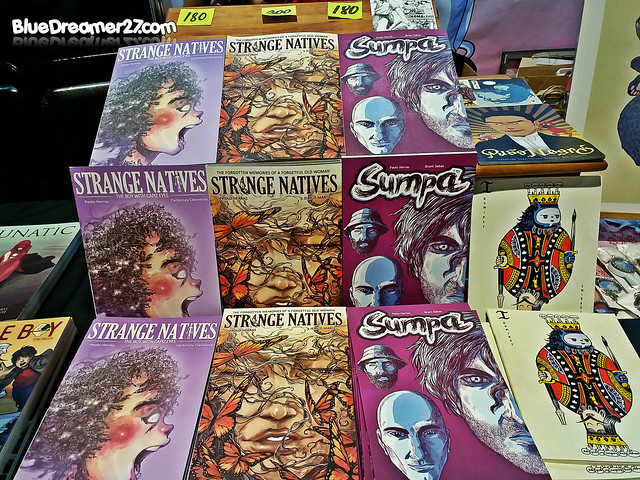 Film Director and Comic Book Writer Paolo Herras also showcased some of his creations at the recently held AsiaPop Comicon. Some of his notable works shown in the event includes Strange Natives (a series of one-shots featuring strangers in their native land) and Sumpa. Other books from this book that are worth seeing is JP Palabon’s Puso Negro 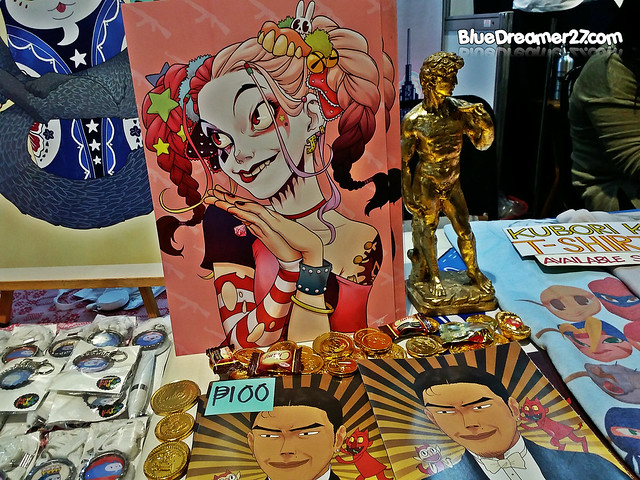 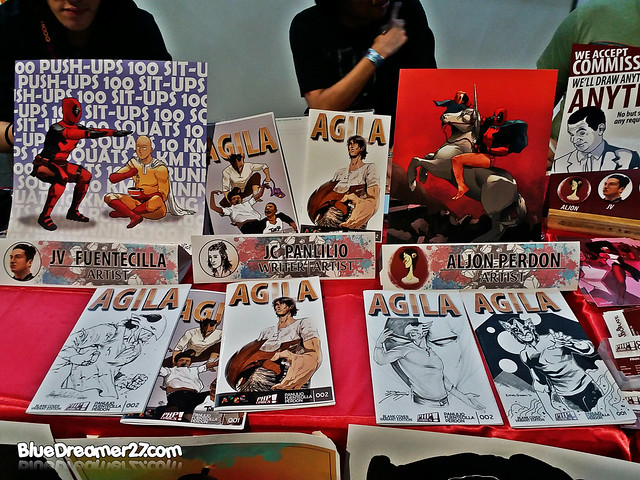 Another eye catching comics that took my attention during the APCC is Agila written by JC Panlilio with visuals from JV Fuentecilla and Aljon Perdon. I failed to get enough info about this comic series though but it features a very Filipino-inspired character, a new Pinoy superhero that we should look forward to! Agila was one of the comics hailed as the Best Student Komiks and Best Artists from the recently held Komiket 2016. 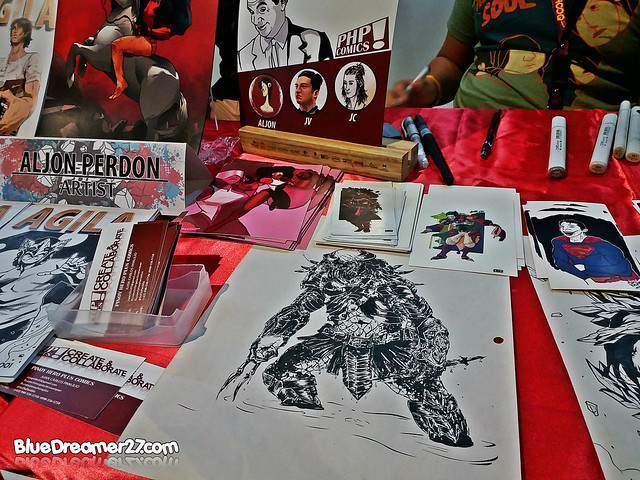 Some sketches and drawings by artist Aljon Perdon 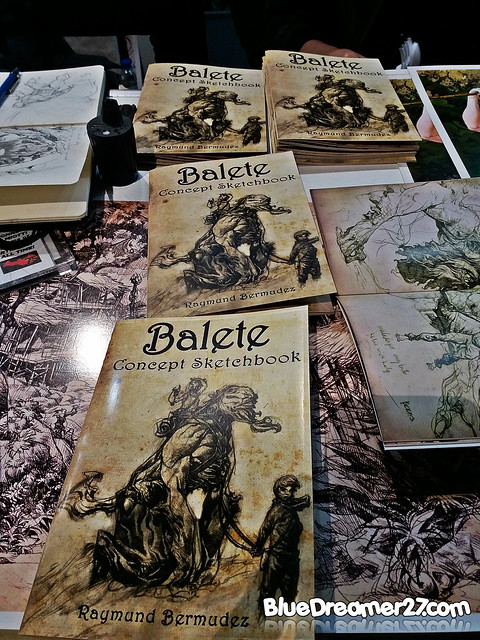 I failed to get much details about it but the art really took my attention during the event. It is a concept book by Raymund Bermudez. I wasn’t able to check the rest of the pages of his concept book but I find the sketches really intriguing. The title alone is already a mystery for me. It seems worth checking though 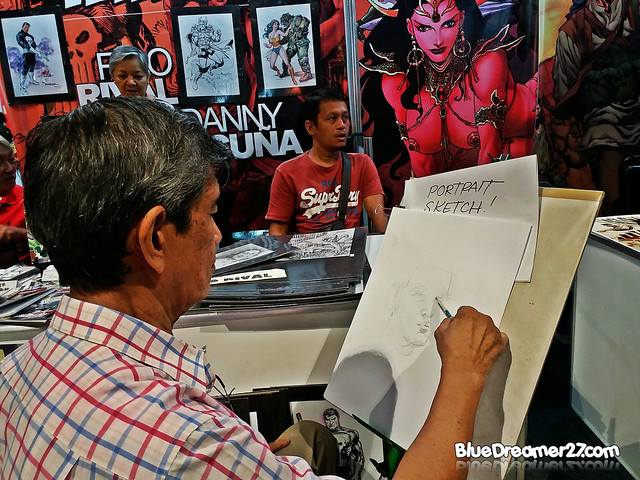 Nothing can be more exciting that seeing the real artists showing his talents LIVE! I was really focusing here when I saw Mr Rico Rival doin a portrait sketch (I’m not sure if the guy is aware that Mr Rival is sketching him). Rico Rival is a storyboard artist, better known as a comic book artist. He got his first major break illustrating the comic Maruja for Pilipino Komiks in 1965. In 1970, he moved from the Philippines to the United States where he began providing art on titles for D.C. and Marvel Comics. During the 80s, he dabbled in animation, working as a designer and storyboard artist on “The Transformers: The Movie”, and a designer on The Transformers season 3. Other shows he worked on included BraveStarr, The Karate Kid and Kid ‘n’ Play. He later returned to the Philippines to rejoin the comic industry there. That guy in red in far left side is mr Danny Acuña.. too bad I wasn’t able to take a shot (sobrang nafocus kasi ako sa pagssketch ni Mr Rival eh haha) 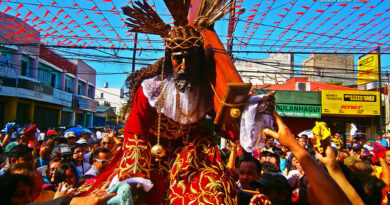 The Feast of the Black Nazarene in Cavite

11 thoughts on “Comics Artists And Cosplayers From Asiapop Comicon 2016”