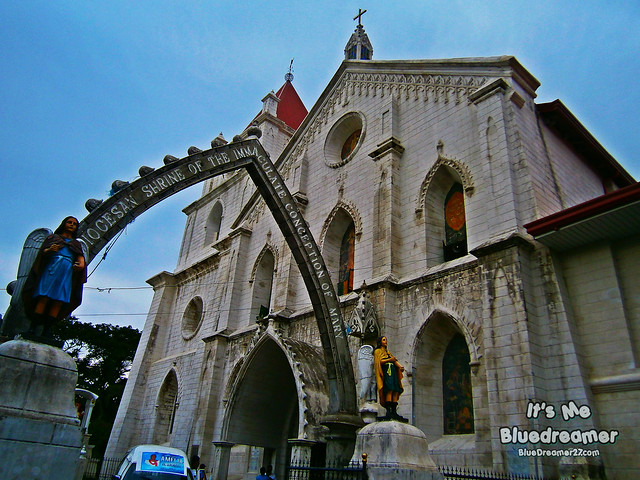 After leaving the heavenly beautiful church of San Isidro in San Roque, we headed to another church in Naic, a church that I am very familiar with. I spent more or less 2 years in Naic, Cavite so every time I had to go to school, i need to travel all the way to downtown (“bayan”) where the buses bound to Maragondon can be found. I wasn’t really paying attention to the church back then but I’ve been here a couple of times to attend the mass. The only thing I remember here is the map of Cavite tiled outside the church but it’s no longer engraved as we went there during our Pilgrimage tour (it might have been removed after the church’s major facelift) 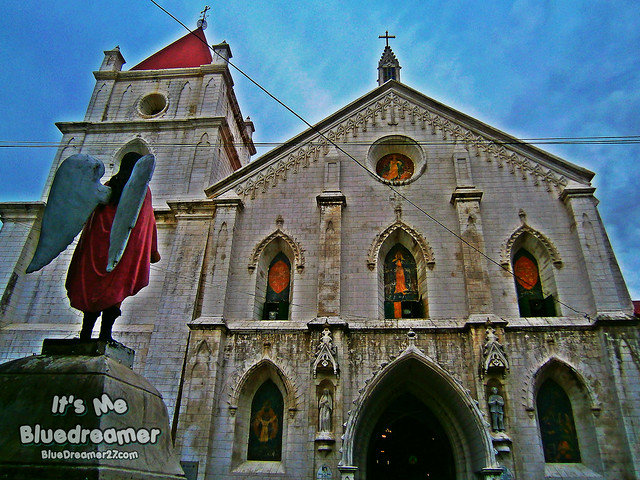 Diocesan Shrine of the Immaculate Conception Church or simply known as the Naic Church was constructed in 1839. The church was initially constructed without the bell tower due to the lack of funds until it was completed in 1892. In 1996, the  church was consecrated by Arch bishop Ricardo Vidal and was proclaimed as Diocesan Shrine of Immaculate Conception in 8th of December (which is also the feast day of the church). The crack in the Bell Tower, was kept intact because it left a historical mark during the war, it was really from a Cannon directly from the Corregidor Island 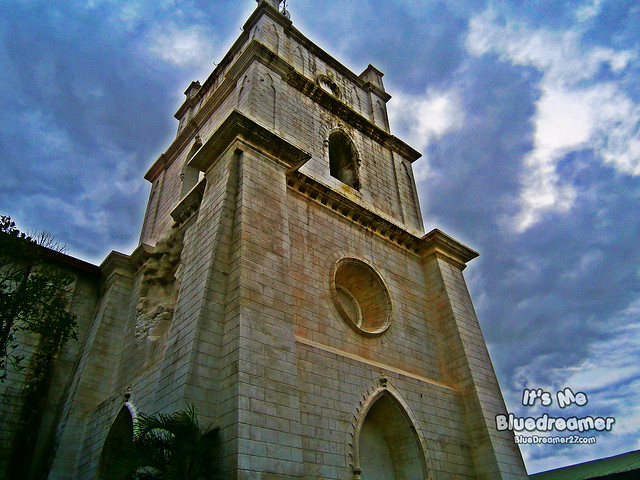 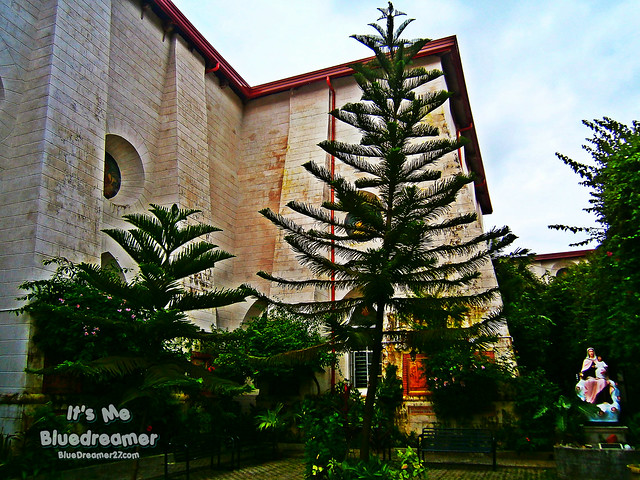 The colossal stone blocks making up the outer wall. It reminds me of the walls found in St Mary Magdalene of Kawit, Cavite 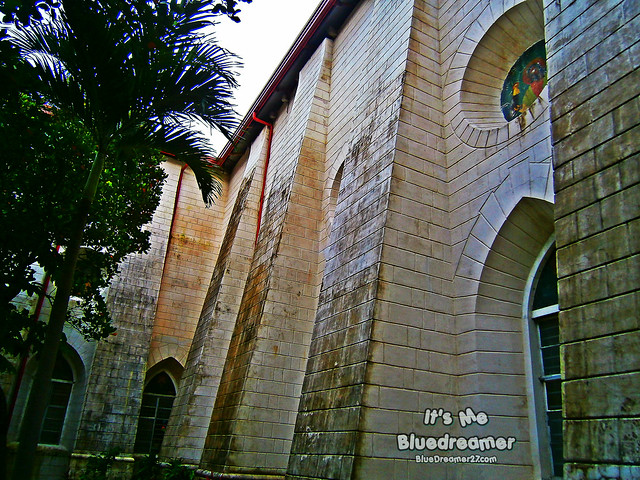 As far as the architectural design is concerned, Naic Church is highly notable for its Neo-Gothic inspired architecture and is the only church of the said style in Cavite. It was constructed by the dominicans it was patterned with the destroyed Sto. Domingo Church before the War in Intramuros 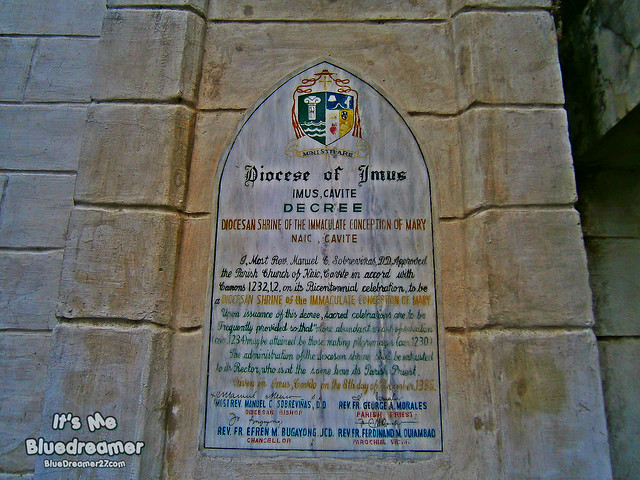 Outside the church, you’ll find a lot of Markers proving how rich the church history is. 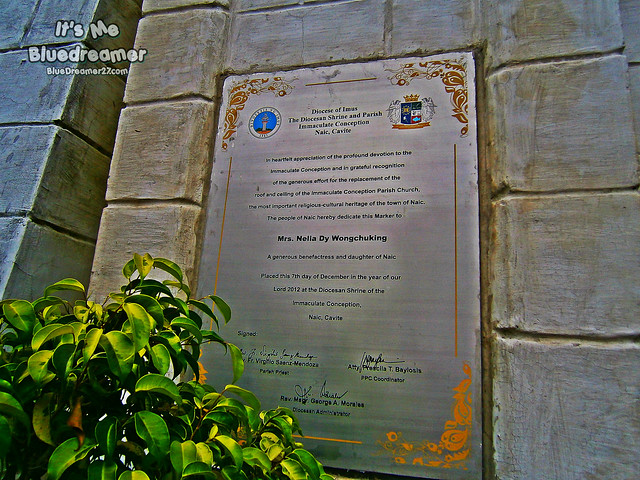 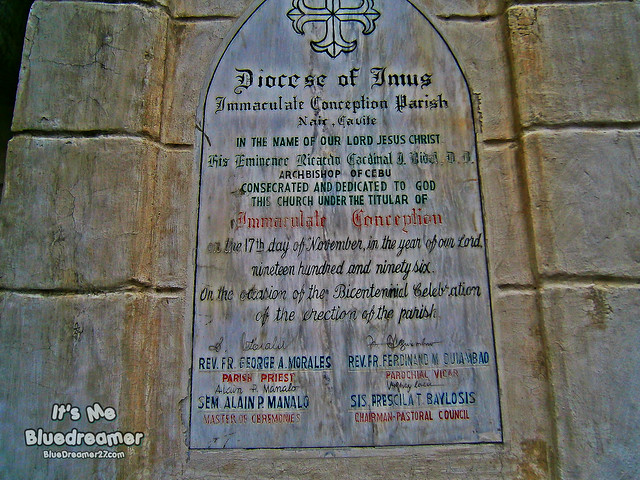 A marker consecrating and dedicating the church in celebration of its Bicentennial anniversary. 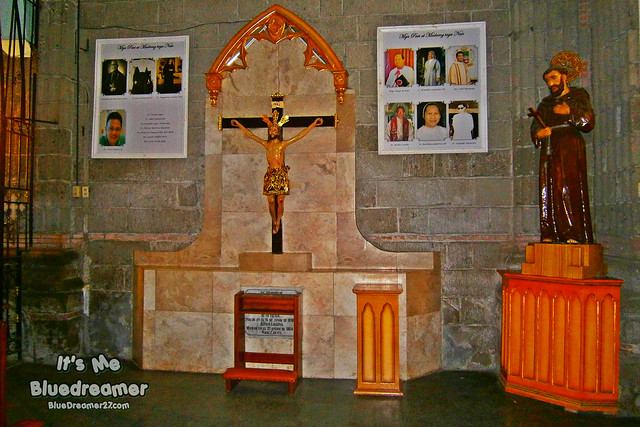 A small altar inside the church 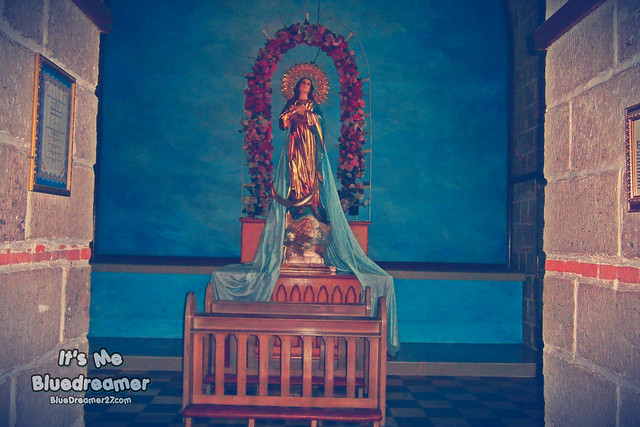 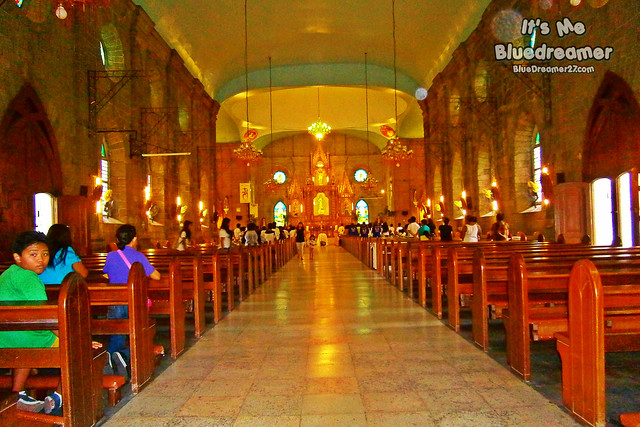 The church’s nave and altar (sorry for the blurry pic) 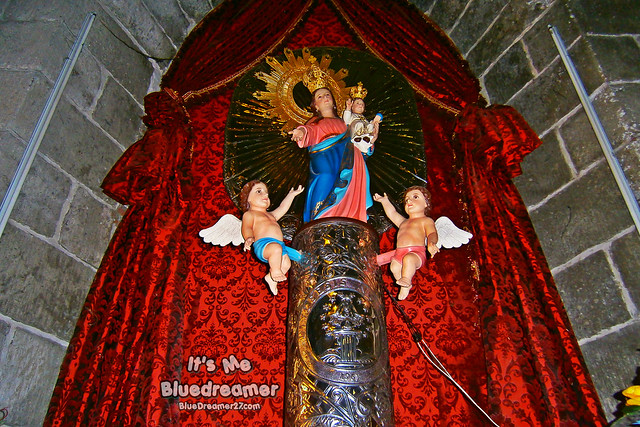 An image of Our Lady of Pillar 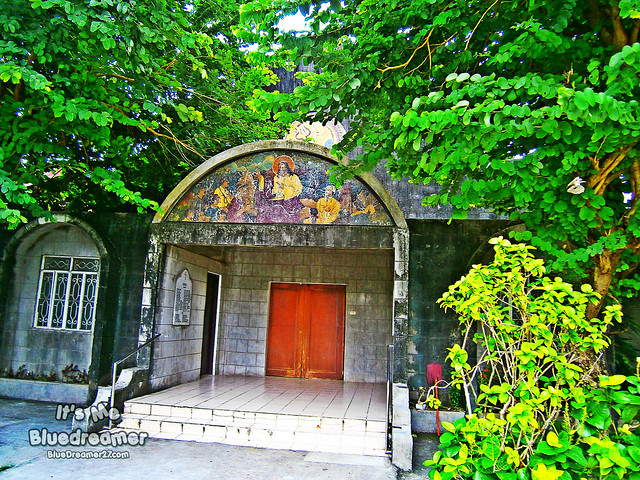 They also have a small chapel outside and speaking of which, the church has an overwhelming landscape inside their premises. The main exterior however is quite crowded due to the covered court and tricycle terminal outside. Not to mention the school nearby. 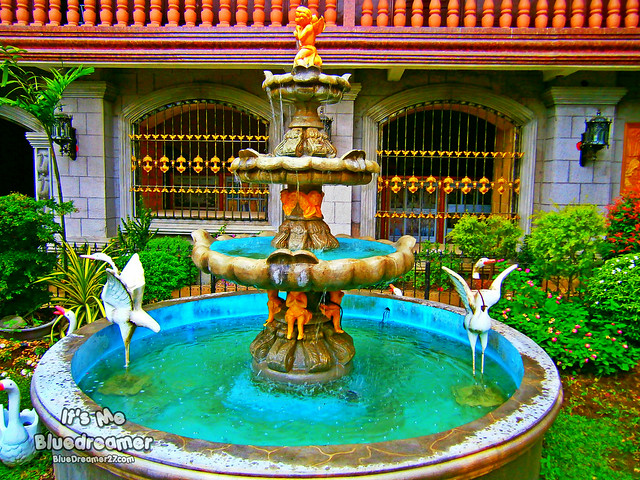 A cute fountain outside the church 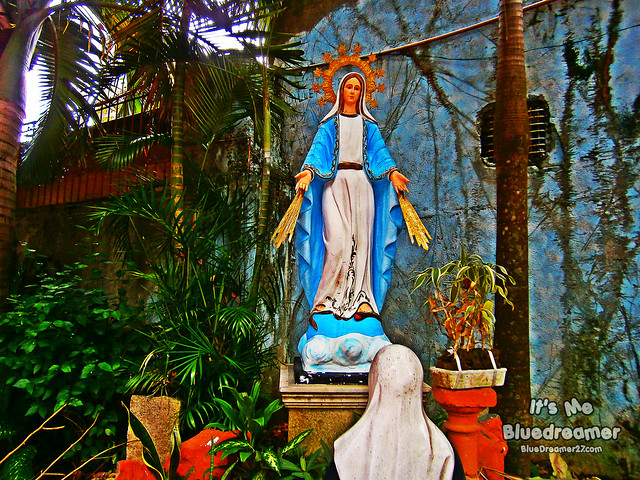 Exploring museums is always a great experience. Not just you are having fun but you are also learning at the same time. Interestingly, modern museums are not just for Science

Angels Hills is one of the most popular destinations in Tagaytay especially during the Lent season. It is also one of the places we visited during our Pilgrimage last month.

This is a continuation of my post about Milzon’s Tagaytay trip in relation with the recently held Boy Scout gathering event. The event was held in Tagaytay Sport Complex and