Every time I hear about Quiapo there is only one thing that comes to my mind, the Black Nazarene. I have been to Quiapo numerous times but only to attend mass in Quiapo Church or if I need to buy something from Raon, other than that, I don’t see any reason to frequent the place. Well, not until I realized that Quiapo alone has so many great things to offer. It surprisingly features places where people that are religiously, historically and culturally inclined will definitely enjoy the most.
Yesterday (August 16, 2016), the San Sebastian Church celebrated its 125th Anniversary and part of this celebration is the Nine-day “Q-Festival”. This is actually one of the highlights of the celebration which is mainly aimed to raise public awareness about the ongoing efforts to restore the church (as we all know, San Sebastian is the only church here in the Philippines that is entirely made from steel). In addition to that, it is very interesting to note that this wonderful project is done in collaboration with various heritage groups in an effort not just to promote but also to preserve the nearby heritage sites. These sites include Bahay Nakpil, the Casa Consulado, and Padilla Mansion to name a few. 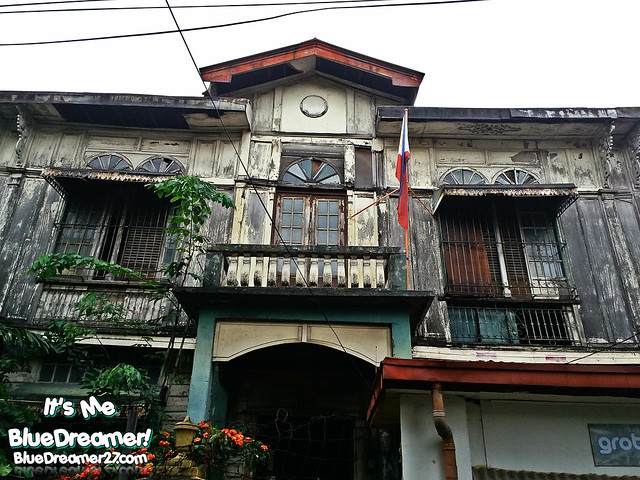 I was grateful enough to be part of the recently held “Sulyap sa Quiapo” Lecture series. It was a back-to-back lecture series from different speakers that taught us everything about Baybayin (ancient Philippine script) and its deeper meaning. The lectures took place in Casa Consulado, a heritage house that can be found just few blocks away from the San Sebastian Church. Honestly, I have no idea about Casa Consulado but I’m glad I didn’t hesitate to attend the event because I learned so much about this place. 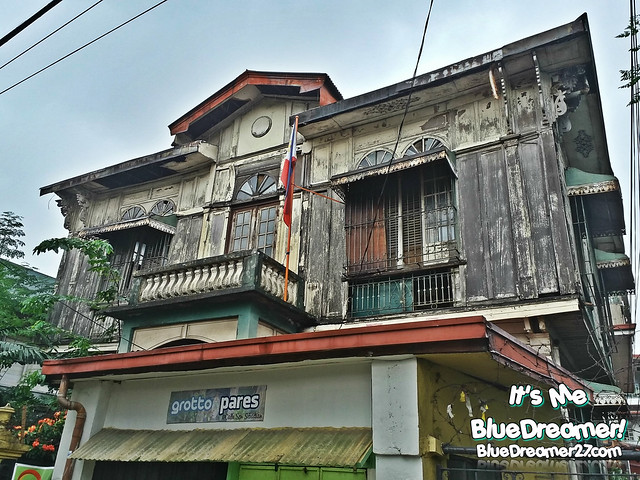 I was warmly welcomed by the facilitators and prior to the actual event, I was able to explore the heritage house and Mr Allan Pardilla Martinez of “Kapitbahayan sa Kalye Bautista” told me a brief history about the building and their future plans to improve, promote and preserve the place. Casa Consulado (also known as the Iturralde House) is basically a two-storey building previously owned by Don Mariano Garchitorena and was built in 1920. You can still see the 1920-inspired architectural design on it which they called “the bandehado style” a variant of Geometric style house (Bahay na bato). In 1936 the house was acquired by the family of Don Jose Iturralde and his wife Doña Dominga Alvaro. Their son, Dr. Augusto Alvaro Iturralde, was appointed as Honorary Consul of the Principality of Monaco to the Philippines, and converted the house as his office and as the Consulate House of Monaco in the Philippines (Embassy of Monaco), thus “Casa Consulado” (Consulate House). It even has a balcony and a flag pole where the flag of Monaco were previously hoisted. 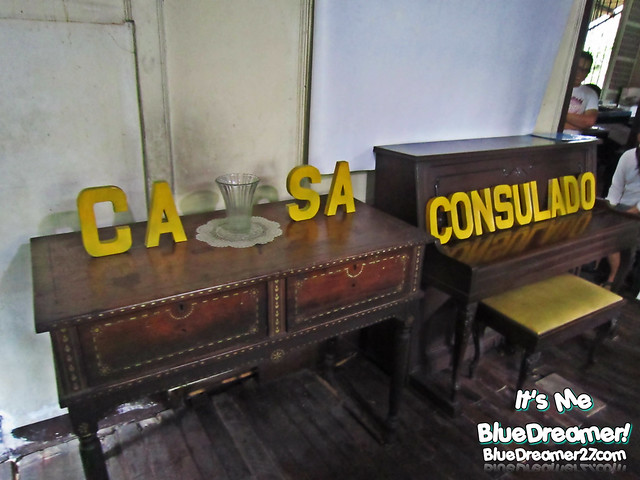 The first thing I noticed, however, is that the building is seemingly unmaintained. Water is leaking from the roof and the items were not placed in their proper places. In fact the comfort rooms and one of the bed rooms were currently served as the storage. I’m happy though that a group like Kapitbahayan Sa Kalye Bautista (KKB) were exerting efforts to restore this place and possibly to bring the Casa back to its former glory in the future. In fact, the money earned from the event will proceed to the restoration of Casa Consulado. This is really uplifting because I know the fact that through these efforts, Casa Consulado will not suffer the same fate of those neglected heritage houses today. It may not be as well maintained as the Aguinaldo Mansion and that of Baldomero Aguinaldo Shrine in Kawit but who knows, right? I have high hopes for this heritage site too! 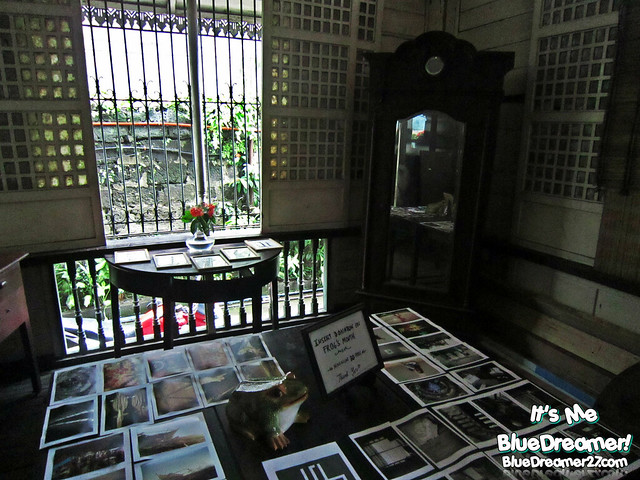 By the time we arrived in the Casa, they were currently exhibiting a gallery of photos in their “Comedor” or dining area. 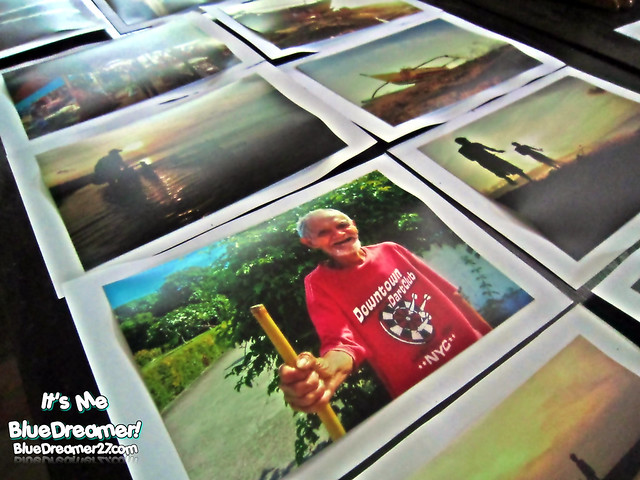 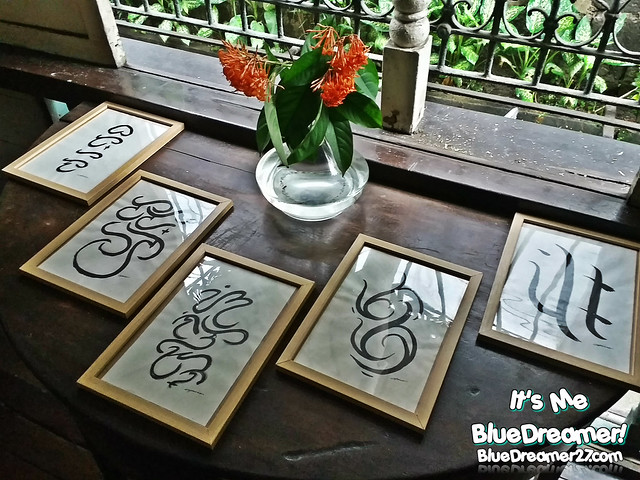 Maharlika Life’s Baybayin art were also in display. Ian Lucero of Maharlika Life is one of the invited speakers. 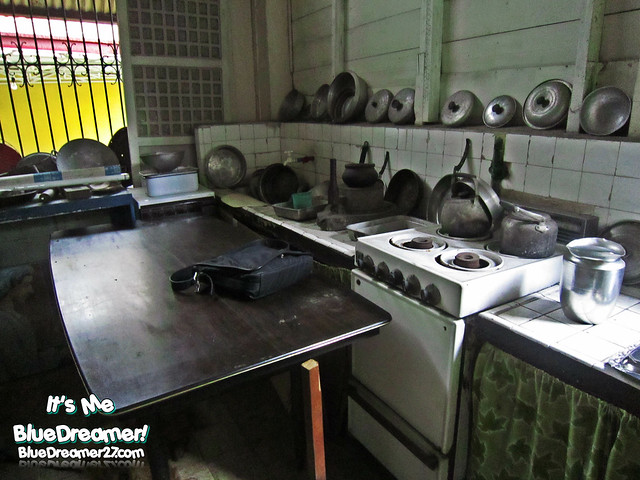 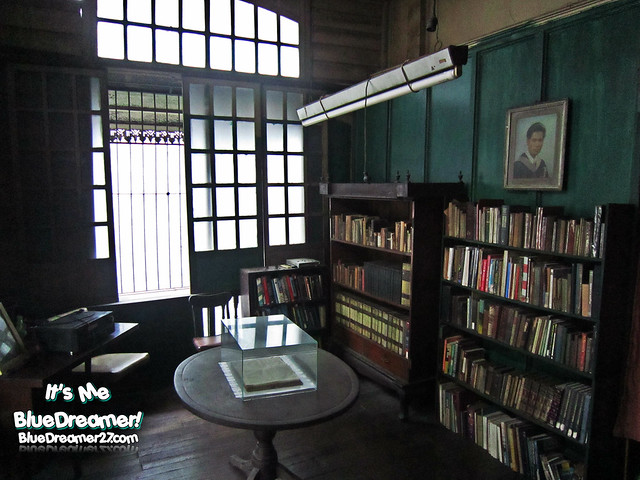 The Casa Consulado also houses a library on the upper floor. This room showcases different books probably used by the previous owners. 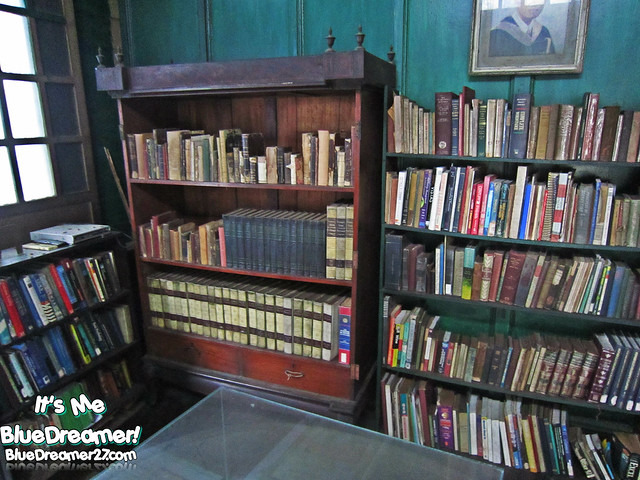 A collection of old encyclopedias and books. Some are almost tattered already. 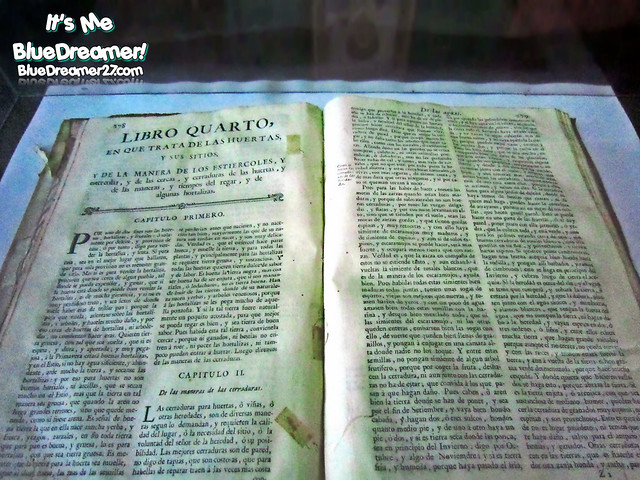 On top of the center table in their library is this old book enclosed in glass. Upon doing a research, this Spanish book is somehow related to agriculture and is written by Gabriel Alonso de Herrera. 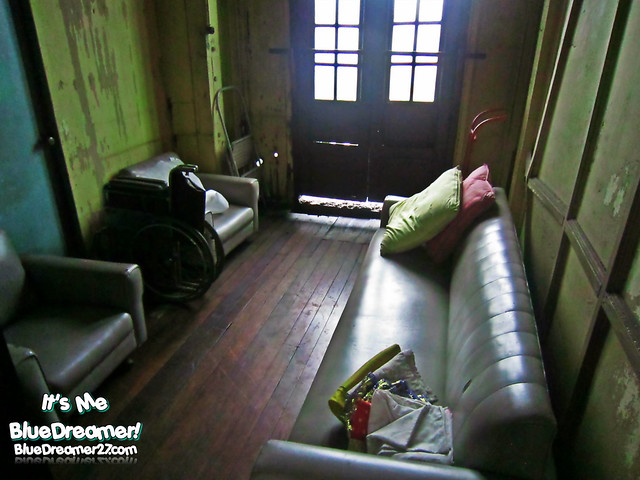 The “Azotea” that will lead you to the balcony. It is also adjacently located to another room which is temporarily used as a storage. 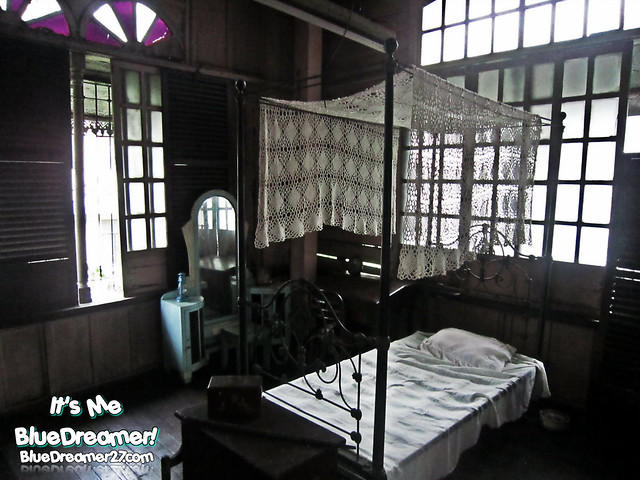 The “Cuarto”. The bed and the rest of the furniture in this room actually reminds me of those in Baldomero Shrine. 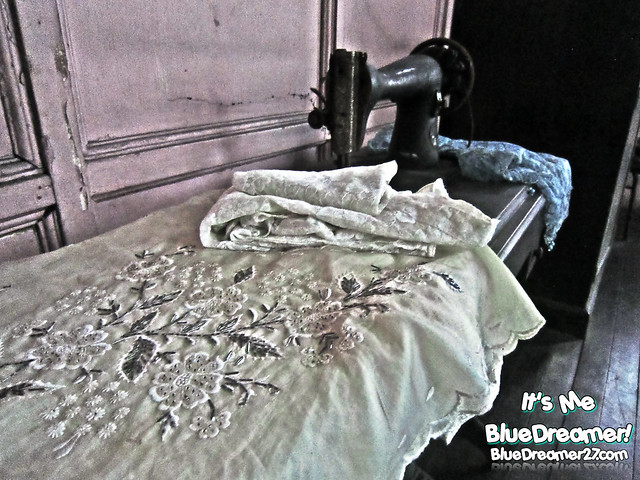 An old sewing machine with an unfinished sequinned dress on display. 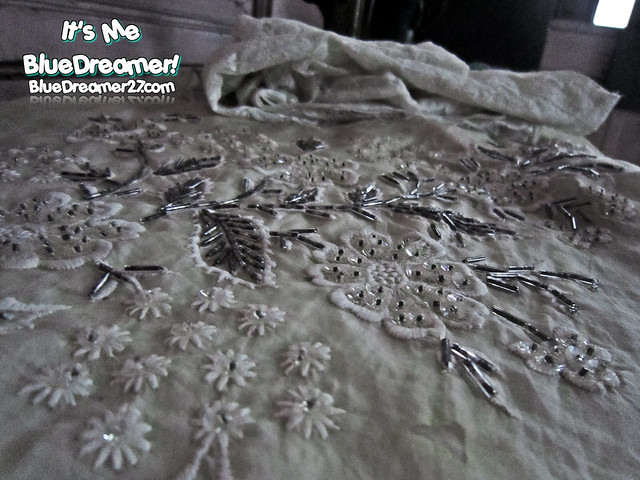 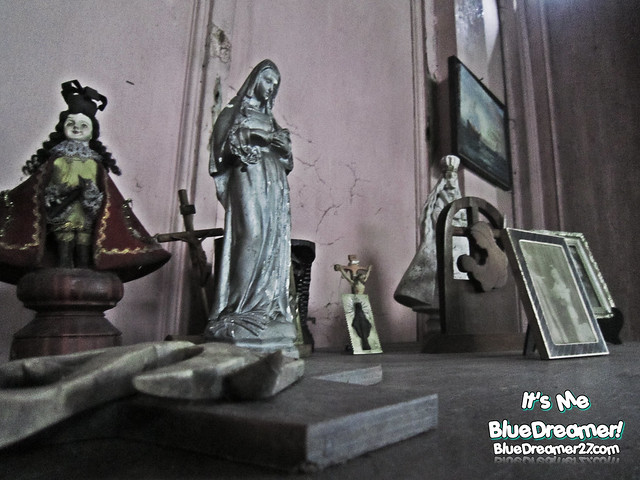 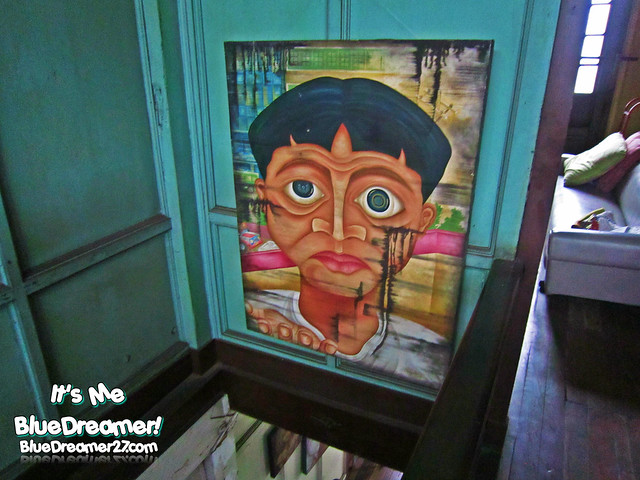 This abstract painting of a kid begging alms is something you cannot be unnoticed especially if you are heading downstairs. 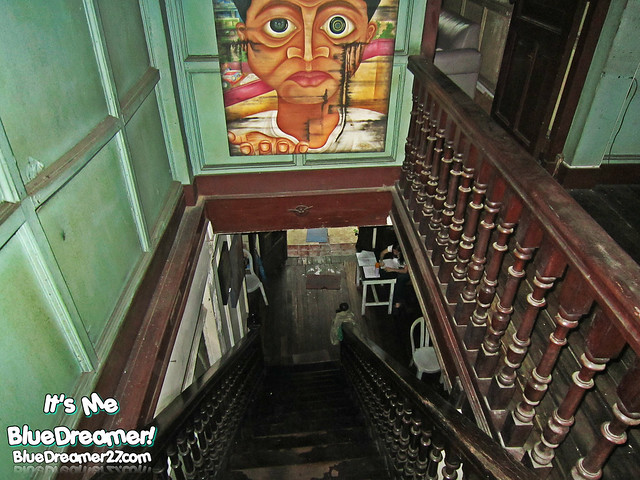 For more information about this Heritage site, feel free to drop by at their Facebook page : Kapitbahayan Sa Kalye Bautista │Casa Consulado Museum And Library

I will post about the “Sulyap Sa Quiapo” Lecture Series soon

Choosing a travel camera is as overwhelming as preparing a vacation abroad. You want to stay at an elegant resort, but you also want to save money. You would love

Being a coffee lover, I always have that desire to drink a great tasting coffee to start up my day.  Don’t get me wrong, Instant coffees may give us comfort

Aside from the Regada Water Festival, one of the most anticipated celebrations here in Cavite City is the Feast Day of Nuestra Señora De La Soledad De Porta Vaga or