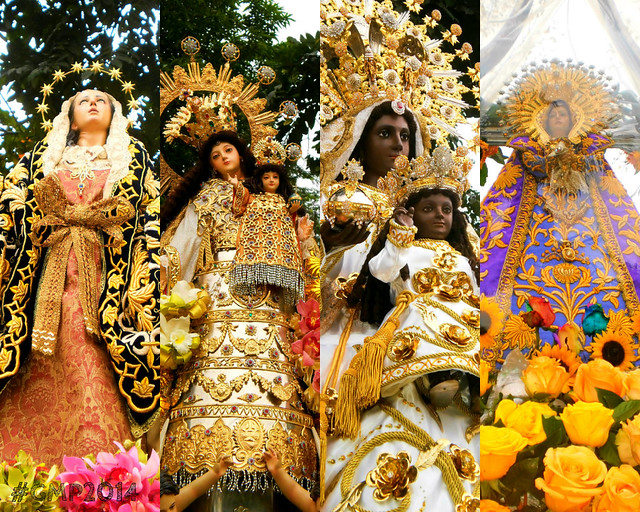 Here’s the last batch of photos I want to share from the 35th Intramuros Grand Marian Procession. 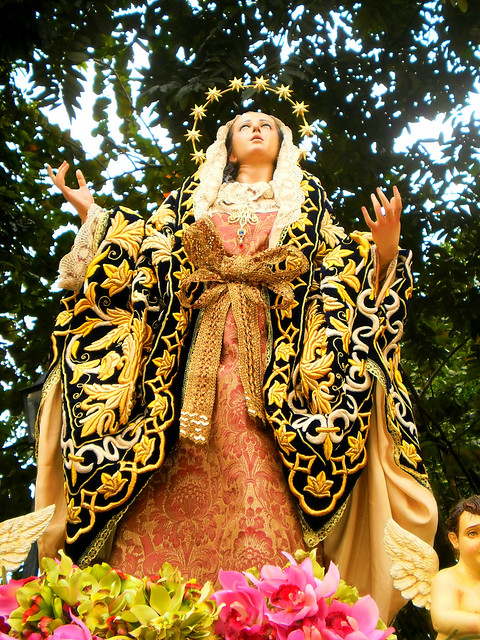 La Virgen Dolorosa De Murcia is a Marian image depicting The Virgin of Sorrows commemorating to the Good Friday. The original image was sculpted by Francisco Salzillo in San Bartolome , Murcia on 1740. Our Lady of Sorrows in Murcia parade Friday night in the “Procession of the Servite”, walking streets lined shoulders a faithful turned solemn passage of the Virgin. In the Philippines, this is the first faithful replica of La Dolorosa de Murcia and is under the care of Manalang Family of Bulacan (Noli Principe Manalang is an artist from Lolomboy). 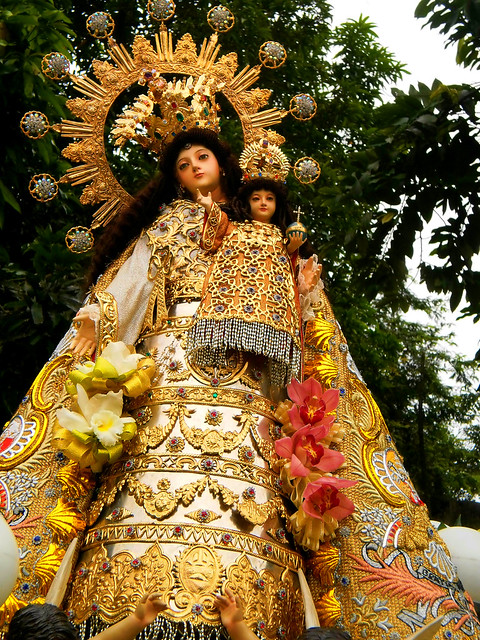 Nuestra Señora Del Pilar De Imus – The Mother,The Queen, and The Patroness of the Diocese of Imus Canonically crowed last December 3,2012. Our Lady of the Pillar is the name given to the Blessed Virgin Mary for her claimed miraculous appearance inZaragoza, Spain at the time of the emergence of Christianity. The apparition of Our Lady of the Pillar is a widely accepted sacred tradition.Popes from earliest times issued Papal Bulls attesting to the authenticity of the shrine and the appearance of the Virgin Mary. 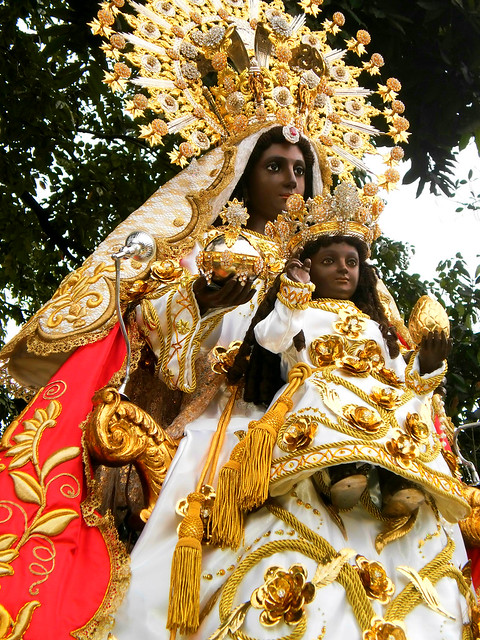 Our Lady of Montserrat – is a statue of the Virgin Mary and infant Christ venerated at the Santa Maria de Montserrat monastery on the Montserrat Mountain in Catalonia. She is the Patron Saint of Catalonia, an honour she shares with Saint George. It is one of the black Madonnas of Europe, hence its familiar Catalan name, la Moreneta (“the little dark-skinned one” or “the little dark one”). The statue has always been considered one of the most celebrated images in Spain. In the Philippines, The Abbey of Our Lady of Montserrat, or Manila Abbey, is a Benedictine men’s monastery located on Mendiola Street in Manila. 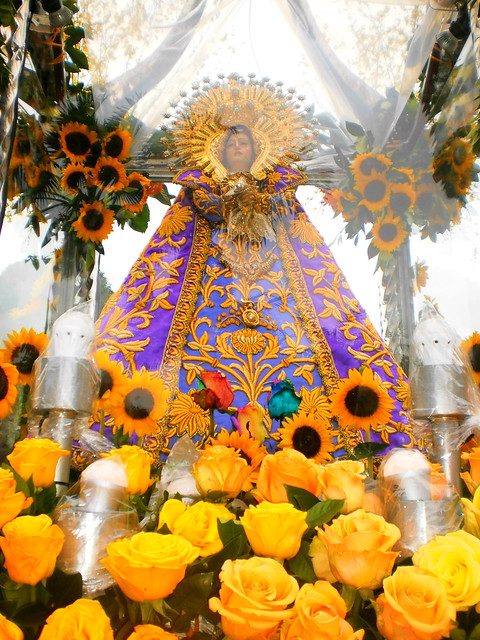 Our Lady of Sorrows Of Turumba – is the statue of the Virgin Mary as Our Lady of Sorrows, enshrined in Pakil, Laguna. Turumba is a Spanish word meaning crazed or insane this is how then the Spanish friars viewed how the townspeople danced their dance in honor of the Virgin Mother. The face of Mary is contorted by pain from the daggers plunged in her heart. This relic is presently kept at the St. Peter of Alcantara Parish Church in Pakil, Laguna. The image, according to tradition, belonged to some missionaries who crossed Laguna de Bay in a launch. When the launch was shipwrecked, some of its relics were washed ashore including the image of the Virgin. One Friday morning, some fishermen found the image in the nets.

All little girls had so much fun after meeting the three of their favorite Disney Princesses namely Cinderella, SnowWhite and Aurora. This event is a part of Toy Kingdom’s Royal

It’s Raining here again and it is kinda unusual thing! We should be expecting more sun this month of January. Sudden climate change really makes me so worried and I