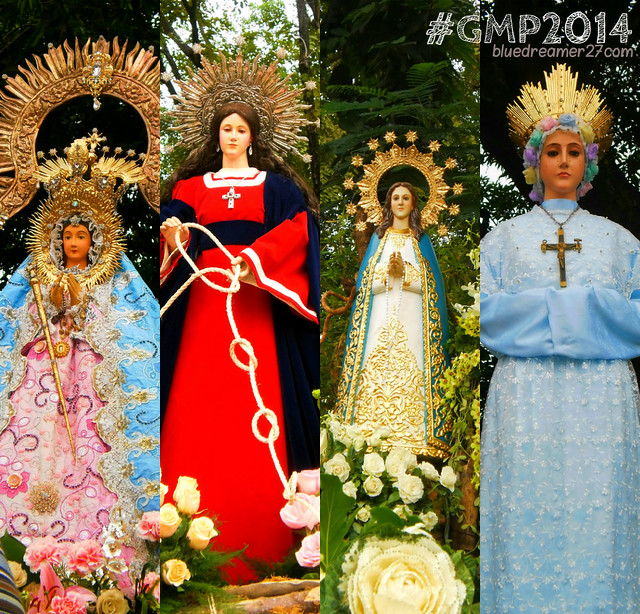 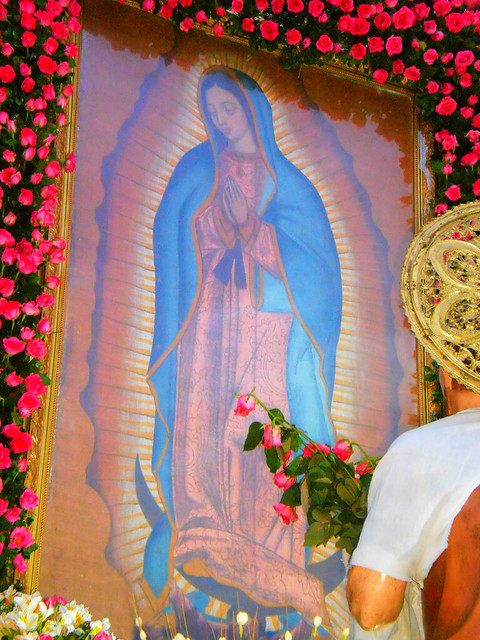 Our Lady of Guadalupe – The image has so many titles under her name. She was proclaimed as the Queen of Mexico, “Patroness of the Americas”, “Empress of Latin America”, and “Protectress of Unborn Children”. In our country, she was proclaimed as “Heavenly Patroness of the Philippines” in July 1935 by Pope Pius XI. Today, December 12, is the Feast of Our Lady of Guadalupe. 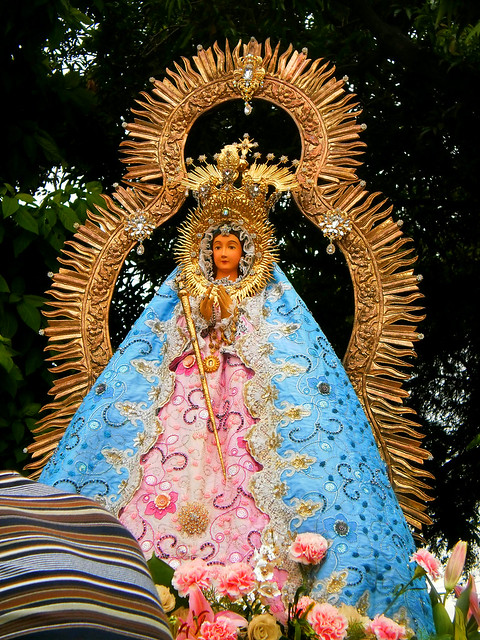 Nuestra Señora De Guadalupe De Cebu (Our Lady of Guadalupe of Cebu) is honoured as the Queen and Patroness of Cebu. The miraculous image of the said marian attribute is enshrined at the Archdiocesan Shrine of Nuestra Señora de Guadalupe de Cebu in Cebu City, Philippines. By mandate of His Holiness, Pope Benedict XVI, the image of Our Lady of Guadalupe of Cebu was canonically crowned by Cardinal Vidal through solemn rites on July 16, 2006.The canonical coronation, which symbolized the official recognition of Our Lady of Guadalupe of Cebu as the Patroness of Cebu, was by virtue of a pontifical decree issued on May 3, 2006 by the Vatican’s Congregation for Divine Worship and the Discipline of the Sacraments.From then on, devotion to the Blessed Virgin of Guadalupe spread throughout Cebu, its neighboring islands and throughout the world. Numerous miraculous events have transpired through the decades and the people of Cebu and from other parts of the world owe these miracles to Cebu’s beloved Queen and Patroness. 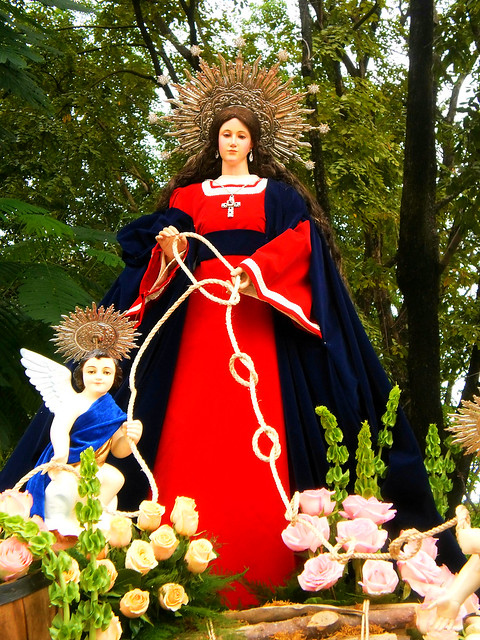 Nuestra Señora La Desatadora De Nudos (Mary Untier of Knots) The painting by Johann Georg Melchior Schmidtner, of around 1700, is in the Catholic pilgrimage church of St. Peter am Perlach, otherwise known as the Perlach church, in Augsburg, Bavaria, Germany. Pope Francis saw the image while in Germany as a student and promoted her veneration in Latin America. The one we saw at the Grand Marian Procession is not a painting but a life size statue depicting the image from the painting. 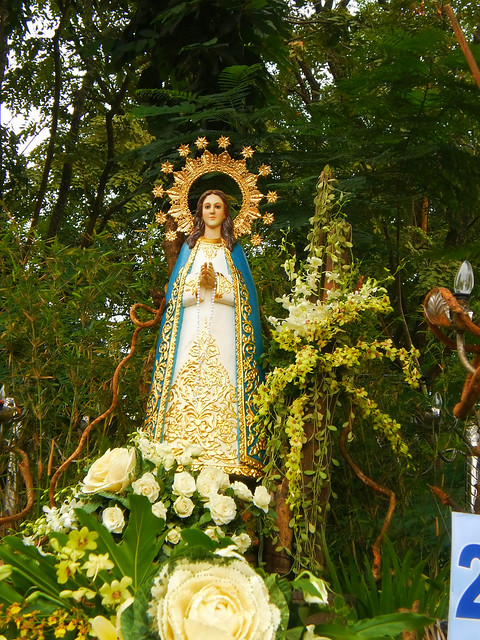 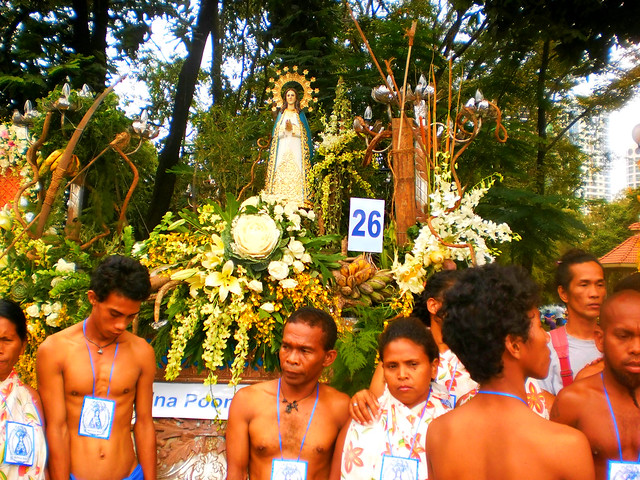 The image of “Birheng Ina Poon Bato” or the Mother Of Poon Bato is one of the highlights in the said event. What makes their parade more distinctive are the Aetas from Zambales. Mother Of Poon Bato or better known as the Apo Apang is the patroness of Botolan , Zambales who said to appear in the town of Poon Bato hundreds of years ago. Interestingly, the image was actually inspired from Nuestra Señora dela Paz y Bien Viaje , the patroness of Antipolo. 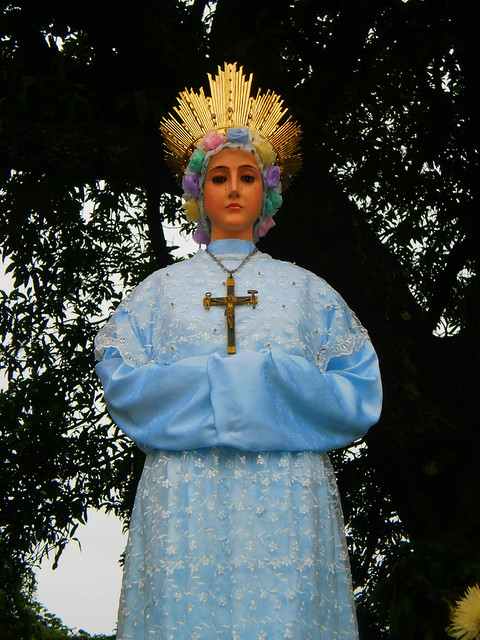 The first time I saw the image is when I attended last year’s Vocational Festival in Tagaytay. I was lucky enough to be a part of a congregational tour in which we went to “National Shrine of Our Lady of La Salette” in Biga Silang, Cavite. Since then, I can’t help but to adore her image and the wonderful story behind her apparition. Our Lady of La Salette is a Marian apparition reported by two children, Maximin Giraud and Melanie Calvat,to have occurred at La Salette-Fallavaux, France.

Unfortunately, everything must come to an end haha. Today, I decided to put both Ho-Land Bakery and Eng Bee Tin in one post which will also serve as my final

Bangenge Festival is one of the much awaited Christmas events here in Cavite City. It is like our version of Angono, Rizal’s Higantes Festival but instead of depicting a family