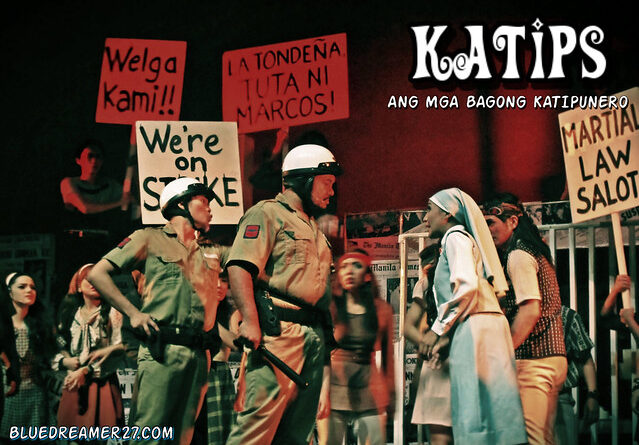 What do you know much about the Philippine Martial Law? How many books have you read that tackles everything about Marcos regime? What are the things your parent told you about this dark era of Philippine history? Everyone who has experienced and witnessed this event has a different story to tell and some of them may shock you. 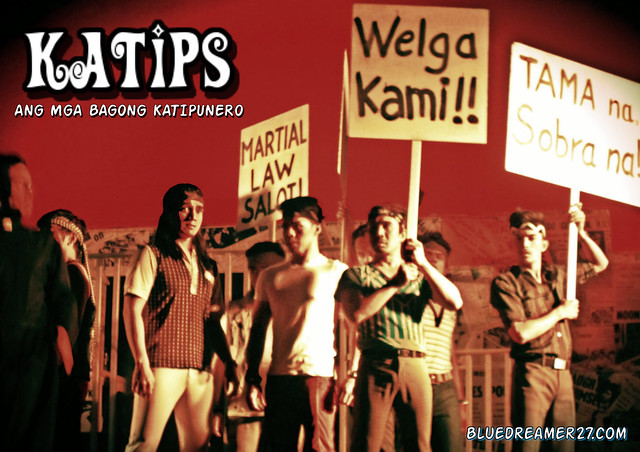 Introducing Katips: Ang Mga Bagong Katipunero, a new Filipino musical and another masterpiece of Vince Tañada. It is a story that is merely inspired from real events. This show will take us back in time and let us explore the untold stories, the dark chapters and the events that occurred during the Marcos regime. “Katips” is basically a slang term for “Katipunero” (members of the Katipunan, a Philippine revolutionary society from the 1890s). Although we are talking about Katipunero, the show will not be about its origin. Jose Rizal, Andress Bonifacio and many other heroes will not be a part of this play but yet it is still relevant. What is a Katipunero on the first place? Katipuneros are the people who aim nothing but freedom and peace. These are people who offer love for our country unconditionally even if they know the fact that they will offer and risk their lives just to obtain it. Therefore, every one of us who has the same desire for our nation and is willing to do same sacrifices can proclaim themselves as the “makabagong katipunero” despite of living in an all new generation. 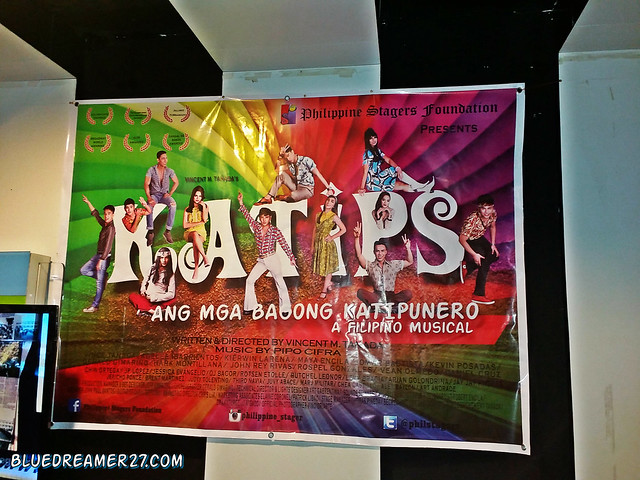 I was lucky enough to be invited to watch the grand opening of Katips: Ang Mga Bagong Katipunero at Cinema 9 SM North Edsa last Sunday (July 30). It’s actually my first time to watch a stage play and I was really excited. This is also my first time to review a musical so please bear with me. Generally, Katips left me in awe not because this is my first time to witness a musical but because I was simply blown by the production and felt every message that this show tried to deliver.

Katips: Ang Mga Bagong Katipunero follows a story of a group of young individuals and how they struggle to fight on what they believe in during the Martial law regime. These are the young activists, writers and protesters who stand firm on what they thought is right and unjust. The story will take you to different phases of Marcos regime from the so-called First quarter storm, the declaration of Martial Law , the first Philippine Revolution in EDSA and its aftermath. 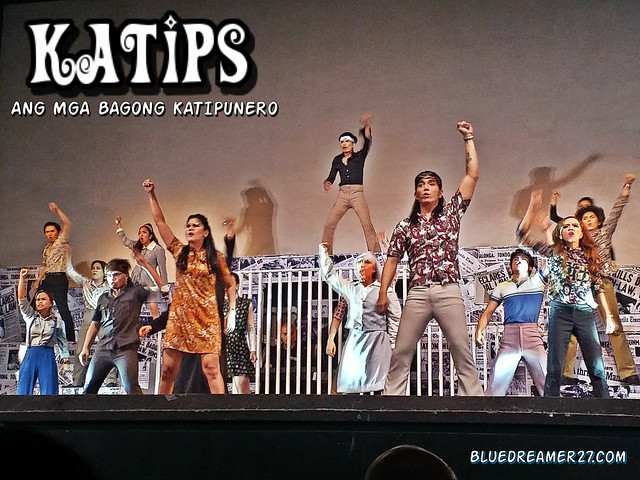 Despite of the intensity and seriousness of the theme, the show will also highlights the romantic story between some of its main characters. The comical scenes were cleverly inputted as well which give this play a perfect balance of emotions. There were moments from the play that will surely give you a great laugh. The character of Sussie( played by Vean Olmedo), in particular is an effective comic relief to the show and I just can’t help myself but to laugh in every scene she is included in. Same thing goes with the character of Ka Panyong (Mr Vince Tañada) and his “Friendzoned” tale with Alet (Adel Ibarrientos). Apparently, it’s also one of the most emotional parts of the play and you’ll find out way.

The love story between Greg (Kevin Posadas) and Lara (Maya Encila) will also captivate your hearts from the moment they met to the time that they both have to make some risky decisions of their lives. The development of Lara’s character from being a self-centered aspiring Broadway girl to brave and fearless woman who knows what she’s fighting for is a very impressive transition.

The darkest part of the story begins when three of their comrades were captured by the Metrocom officers (the modern day Guardia Civil). I’m telling you, these were the parts were I am intensely focused on each scene. It’s not just heart pounding drama but something that will tear you up emotionally. The torture part specifically is just too painful to watch and it made me realized what kind of nightmare it was during the Marcos administration. My heart was being smashed into pieces every time I visualize the pain and the sorrow that people went through during the hype of Marcos regime. It made me realized how lucky I am to be part of the so-called millennial generation because I do not have to suffer the way they did. The freedom we have right now should be credited not to the succeeding administration alone but also to the people who risk their lives to fight and end the Marcos dictatorship. It’s just sad that these dark chapters of our country’s history are not being told nor being written in History books. Katips : Ang Mga Bagong Katipunero is mainly aimed to stop history revisionism and let the people witnessed the real and painful history of Martial Law. 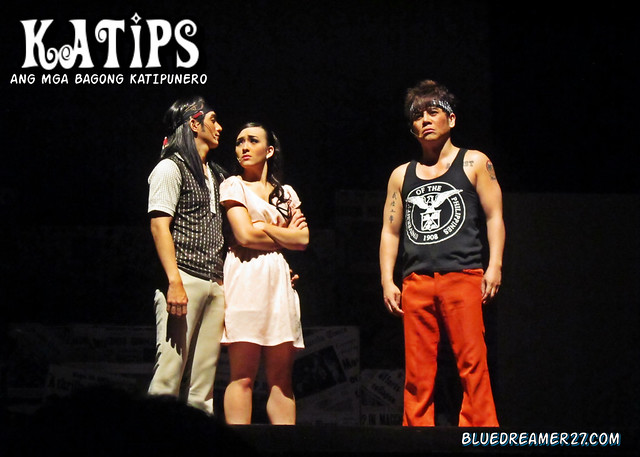 It is also interesting to note that the play is accompanied by a live band headed by its musical director Pipo Cifra, the same genius behind the highly acclaimed Pope-pular. Over all, I must commend the Philippine Stagers Foundation team for delivering such a heart-warming play on stage. It was overall, a remarkable production! (I was actually surprised that they are doing the show four times a day!) Imagine, they are doing all these efforts just to let us , millennial, be aware of what it feels like living during the Martial law regime. This is a reminder to all of us that “History should not repeat itself”. Just like what they said,” Those who cannot remember the past are condemned to repeat it” so we, millennials should do our best to prevent this nightmare from happening again. We should learn how to stand for our own right and make sure that our voices will be heard!

Katips: Ang Mga Bagong Katipunero will be a year-long musical. They just had a soft opening last July and they will run up to March 2017. For the venues and schedules, feel free to visit them at their official webpage at http://www.philstagers.8m.com/ or be updated through their social media accounts:
Facebook Page : Philippine Stagers Foundation
Twitter: @philstagers
Instagram : @philippine_stager