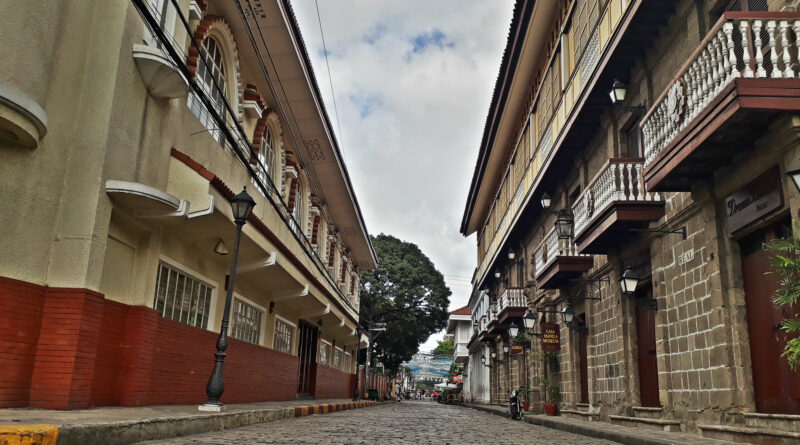 One thing I learned when exploring Intramuros is that you cannot explore all the places in one day. There’s just too many to explore and a day is not enough. In fact, our first day in Manila were all consumed just by exploring Intramuros and take note, we went back the next day to visit another popular spot in this historical city. Anyway, this is the continuation to the first part of my Intramuros journey (Check : Journey To The Past ~ Intramuros Part 1). 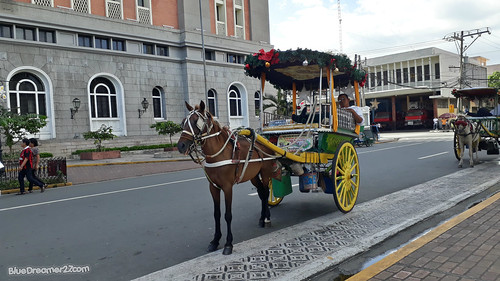 Plaza De Roma is actually few walks away from different notable buildings in Intramuros. The Manila Cathedral (Check Manila Cathedral) can be found on the southern side. 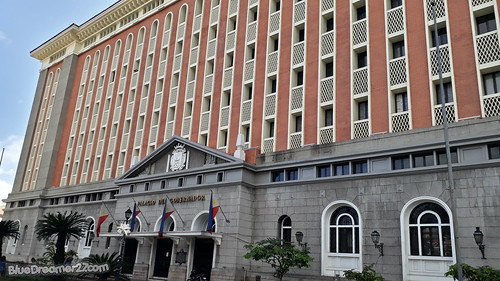 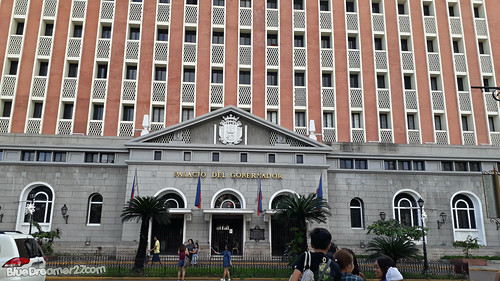 The first palace was built in 1599 near the Plaza de Armas in Fort Santiago and was destroyed by an earthquake in 1645. It was moved to the present site which once houses the Supreme Court (Real Audiencia) 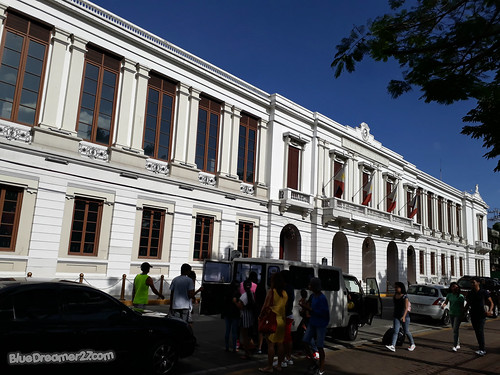 Casas Consistoriales / Ayuntiamento
On the Eastern side of the plaza is white building, the Casas Consistoriales or better known to many as the Ayuntiamento, the Seat  of the City Council of Manila.  The council of Manila was consist of two alcaldes (city leaders), eight oidores (judges), a clerk, and a chief constable. The Ayuntamiento was destroyed in 1945 during the Battle of Manila, with only the outer walls of the first floor remaining and the lot repurposed as a parking lot. 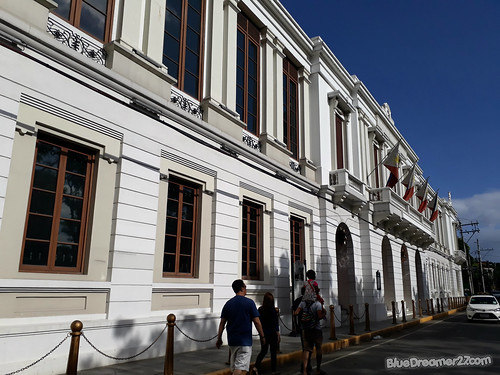 Today, Ayuntiamento is finally open to the public as a tourist attraction. Ayuntiamento is open every Tuesdays and Fridays from 11am to 12 pm and 4pm to 5 pm with an admission fee of Php40 per head. Students and Government staffs can access the place for Free. 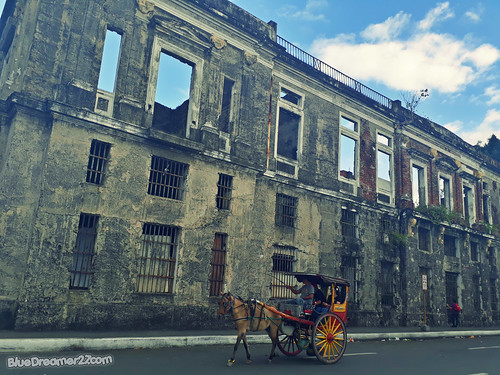 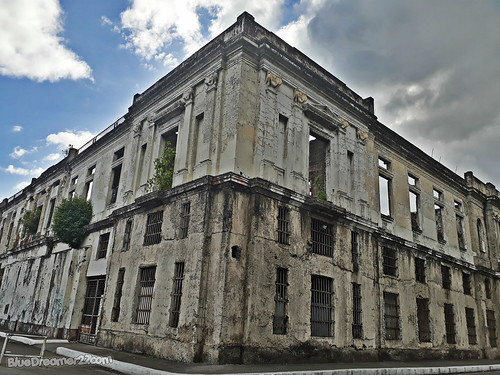 The Aduana, or Custom House, was built in Intramuros to attract merchants to remain within its walls rather than outside of it. The building suffered sever damages all through the years especially during the Battle of Manila. Today, the ruins were remained but there were plans that they will reconstruct the building and will become the new office of the National Archives of the Philippines. 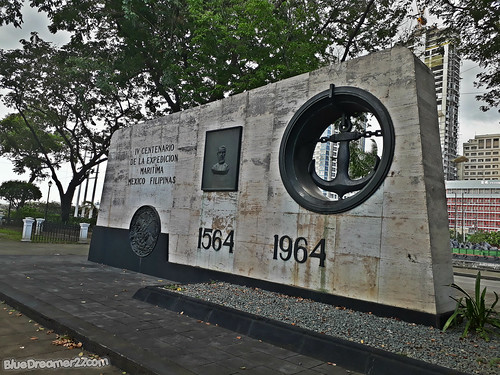 Plaza De Mexico
Not too far from the Intendencia building is another notable plaza in Intramuros, the Plaza De Mexico or Plaza Mexico. The plaza is situated just beside the Pasig River. The square was named Plaza de Mexico in 1964 to commemorate the 4th centenary of the expedition of Miguel López de Legazpi and Andres de Urdaneta from New Spain (Mexico) and the historic Manila-Acapulco galleon trade relations between the two nations that lasted 250 years. 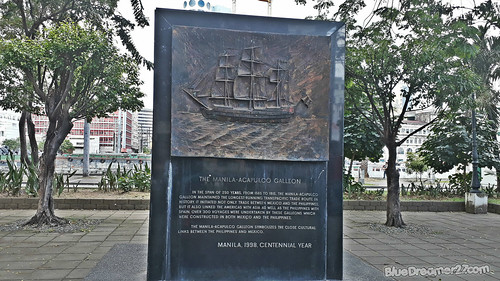 Aside from the relaxing ambiance here, you will also spot some historical markers and sculptures in the area. The one prior to the image above is the “IV Centenary of the Mexico–Philippines Maritime Expedition (IV Centenario De la Expedicion Maritima Mexico Pilipinas)” Monument donated by the Mexican Secretary of The Navy Shipyards during the celebrations of the Year of Mexican-Philippine Friendship in 1964. While a Marker with a sculpted image of Galleon can be found on the other side of the square (The Manila–Acapulco Galleon marker). 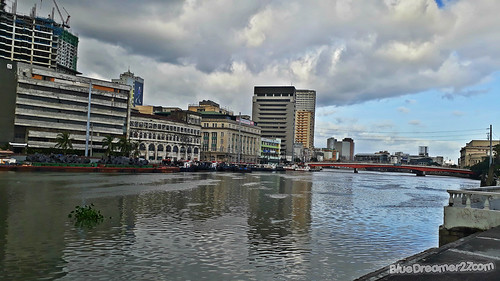 The Riverside
Another interesting location in Intramuros is the Riverside. The strategic location of Manila along the bay and at the mouth of Pasig River made Intramuros an ideal place to trade with merchants. Good thing, there were constant effort to keep the Pasig River clean which give us a relaxing ambiance on the Riverside. 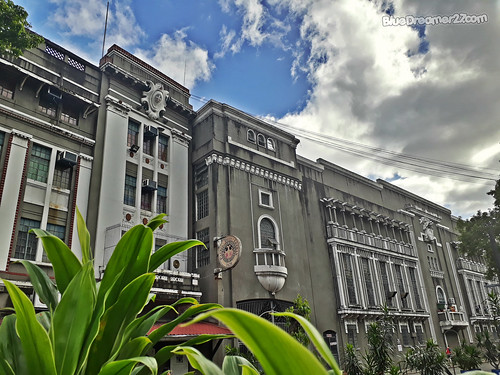 Colegio De San Juan De Letran
There are actually two markers placed on this site. The first one is for the old Beaterio-Colegio de Santa Catalina, a college for girls established in 1706. The building, however, was destroyed in 1941 by Japanese bombs. Unlike other establishments in Intramuros, the college of Santa Catalina was not reconstructed on its original site, instead, they found a new place in Legarda St in Sampaloc Manila. Colegio de San Juan de Letran, on the other hand, later acquired the property for the expansion of its campus. 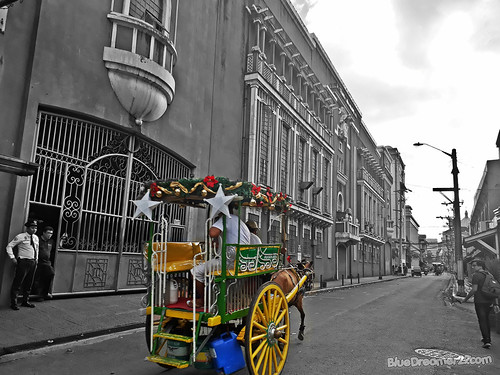 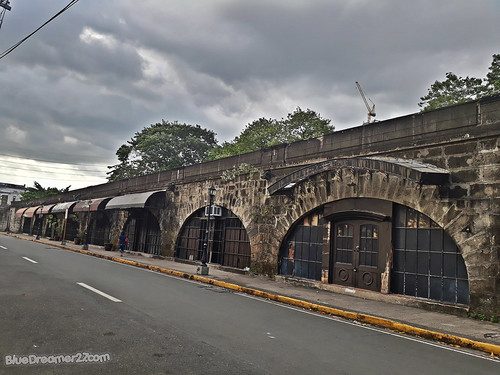 Muralla Street
Aside from the General Luna St, Muralla is another notable route in Intramuros. It may not offer those visually stunning and picturesque scenery found in General Luna but the place is equally beautiful. Muralla Street has been one of the paths used every Grand Marian procession. 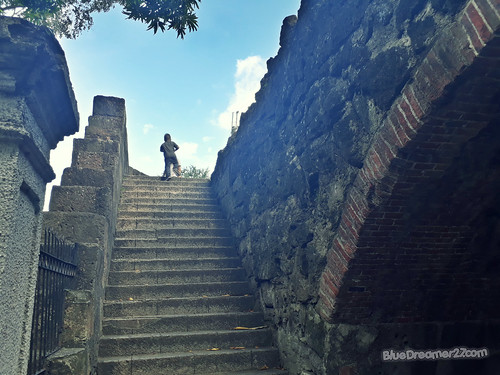 Passing through Muralla St means walking along with those thick defensive walls. You can actually walk on top of these walls that will take you to some of the places bastions and bulwarks including the Baluarte de San Andress and San Gabriel. 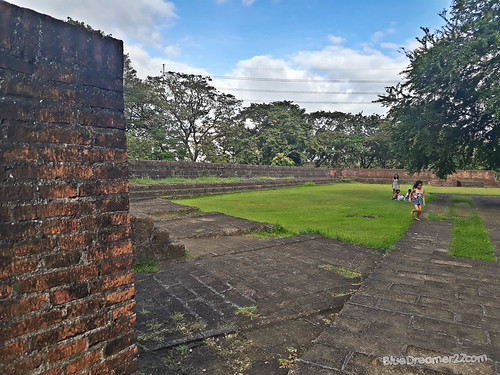 Baluarte De San Gabriel
We concluded our first day tour in Intramuros by  exploring one of the bulwarks in Intramuros but unlike the Baluarte of San Diego, Baluarte De San Gabriel is freely accessible. You can still see those well-preserved defensive walls and I’m glad that they didn’t left the place to rot. It is seemingly well maintained and you can barely spot vandalism on its walls. 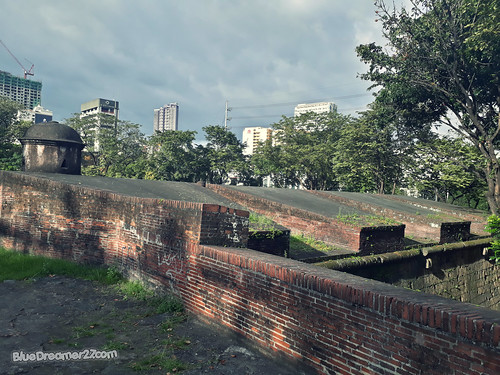 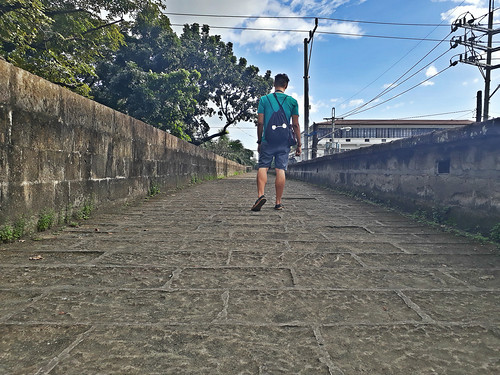 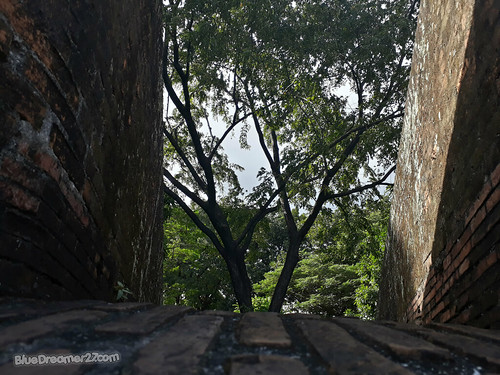 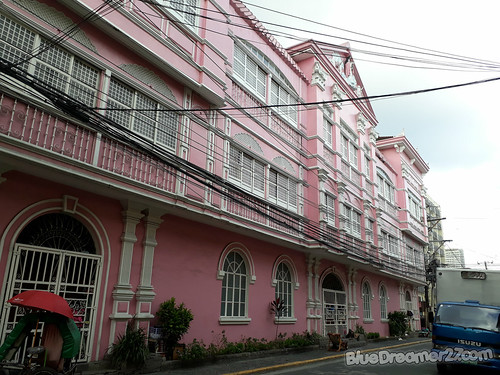 Colegio De Santa Rosa
While my brother and I were both looking for the exit, we spotted this eye catching building. With an overly pink coated building, this one will never get unnoticed. It’s the Colegio De Santa Rosa which was established for the education of indias, or native Filipinas during the late 18th century in Intramuros. The building was also destroyed during the Battle of Manila forcing the sisters to transfer the school to Santa Mesa, Manila. They returned in Intramuros in 1948 with new administrators, the Sisters of the Congregation of the Servants of St. Joseph.

Of all the exploration we did, we learned so much about the history of Intramuros and how tragic it was during the Battle of Manila. Considering that most of the buildings here and even the defense facilities were utterly destroyed, i can’t imagine how terrifying it was during the time of war. I can’t visualize the chaos. We are lucky enough that we are not born in such era but knowing how huge the historical significance of Intramuros is, we should learn to preserve and to take care of this place and the memories lies within them.

While exploring the Intramuros, I was actually  hoping to spot a place where I can buy some souvenirs. Yeah I know, it’s Manila and it’s very common but I still want to buy something to make this trip memorable and we discovered the place! Will post more about this unique shop in my next #LetsExploreManila entry. 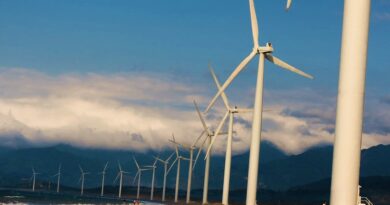 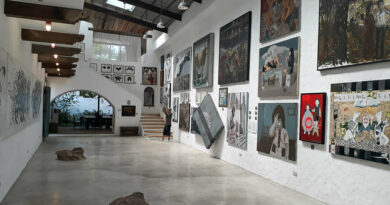 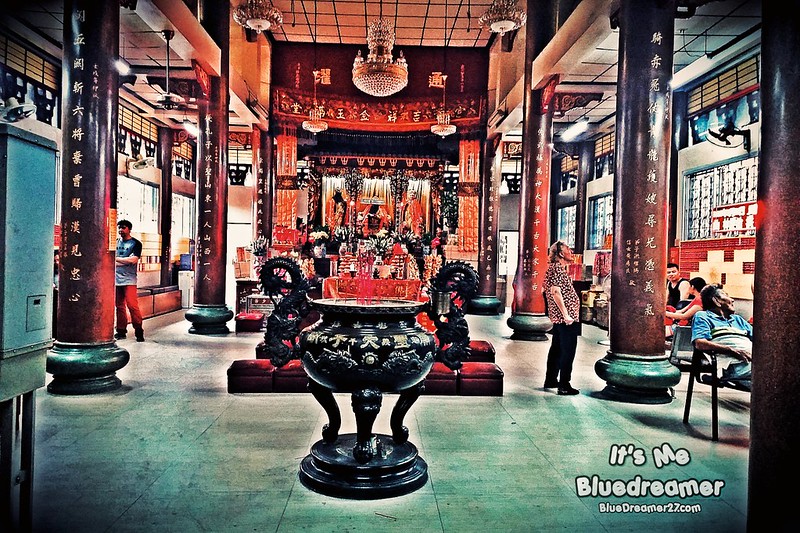