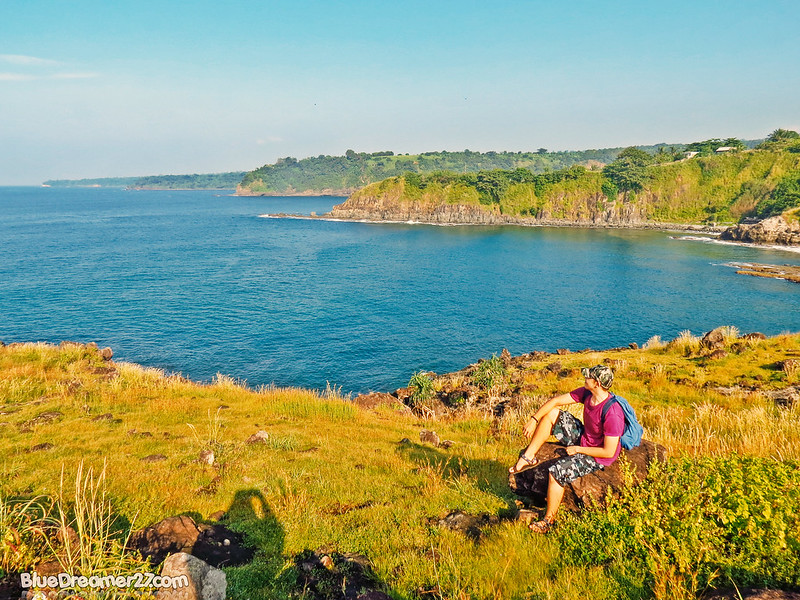 Mariveles, the humble town in Bataan, will not be dubbed as “Batanes of the West” for no reason. With a striking view of the coves and those amazing rock formations and not to mention the pristine water and the picture worthy Lighthouse in Sisiman, this town somehow captured the beauty of Batanes. It may not be as grand as Batanes but we cannot deny the fact that Mariveles is indeed worth visiting!

Mariveles is a town located in a cove at the southern tip of Bataan Peninsula. According to the locals, the name Mariveles came from the words Mara and Dilis , a shortened term for Maraming Dilis because there were so many “dilis” (Anchovies)in the said place.  The name Maradilis eventually became Mariveles.

There is also another story that tells about a girl named Maria Veles, a nun who left her convent to be with the man she loved. After her death, the man named her grave as Mt Maria Veles which eventually metamorphosed as Mariveles! Regardless of the name’s origin, Mariveles established itself as one of the most beautiful towns in the province of Bataan.

Bataan has many great tourist destinations and Mariveles alone offers a lot of interesting places that you should never miss! Listed below are some of the ideal places you should visit in Mariveles, Bataan. 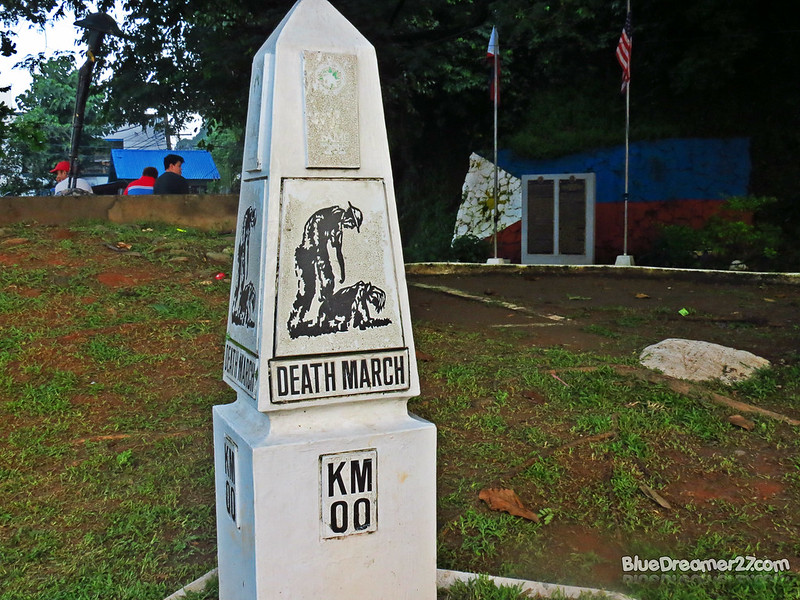 Knowing that Bataan plays a very crucial role in the Second World War, it is not really surprising that this province has so many destinations that are historically significant. The Bataan Death March, one of the most tragic moments in Philippine history where 60k to 80k Filipino and American prisoners of war were forced to be transferred by Imperial Japanese Army from Mariveles, Bataan to Capaz, Tarlac. There are 138 Death March Markers scattered all through out Bataan, Pampanga and Tarlac. Located near the pier of Mariveles, you’ll find one of the two Zero KM (KM 00) Death march markers. (Check : A Trip to Mariveles : Death March Starting Point) 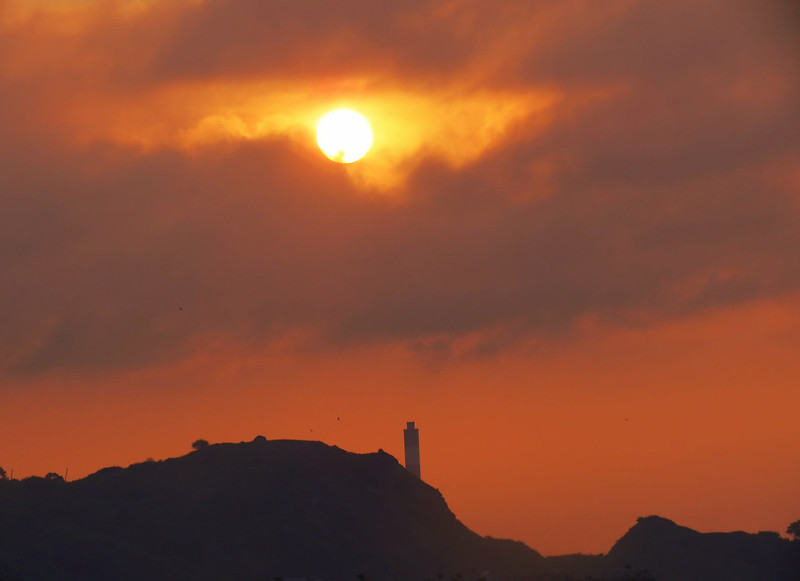 If you managed to arrive early in the port of Mariveles, you might as well capture the stunning sunrise 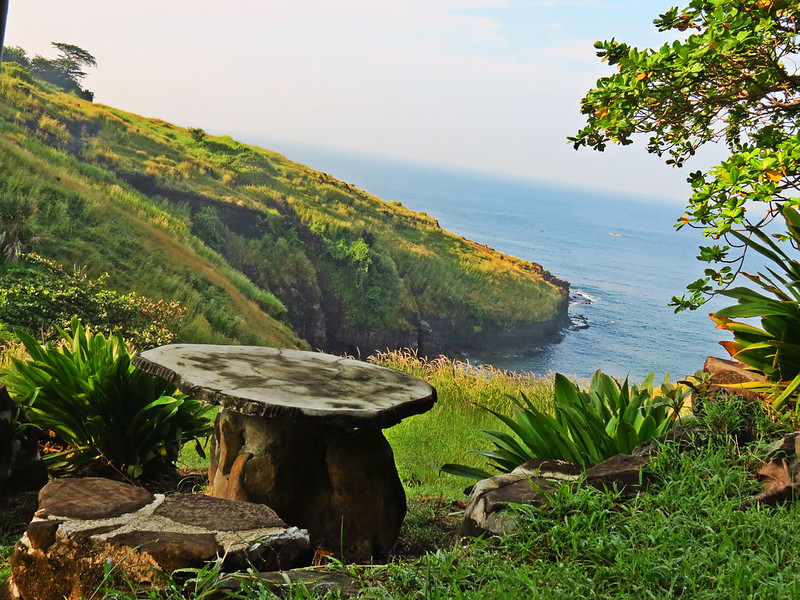 One of the greatest parts of Mariveles are the stunning coves. Travelers used to visit this place for a cove to cove hopping adventure. There’s what they often called as “Five Fingers” which actually comprises of six different coves including the Panoypoy Cove, Talaga Cove, Apatot Cove, Nagbayog Cove, Tinanlakan and Nagbintana Cove. Other notable coves along the coastline of Mariveles includes Lusong, Talain and Wain. 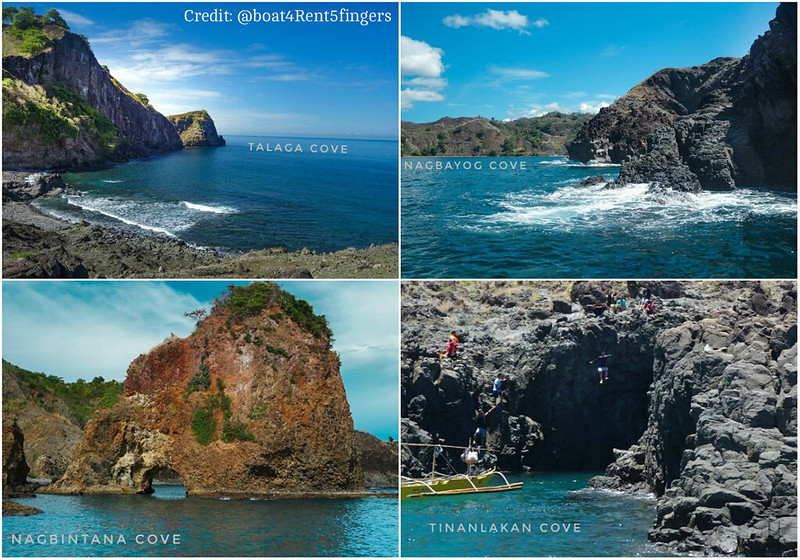 I was not able to explore all the five fingers yet but Panoypoy cove is truly a paradise to me.  It is indeed a jewel and it really deserves to be called as Batanes of the West! I was in awe after seeing those amazing rock formations and at some point it feels like a quick escape from reality for me! The breathtaking view from the cove is simply mesmerizing! Now I simply can’t wait to explore the rest of the coves this year! (Check A Trip To Mariveles : Panoypoy Cove Part 1)
(Check A Trip To Mariveles : Panoypoy Cove Part 2) 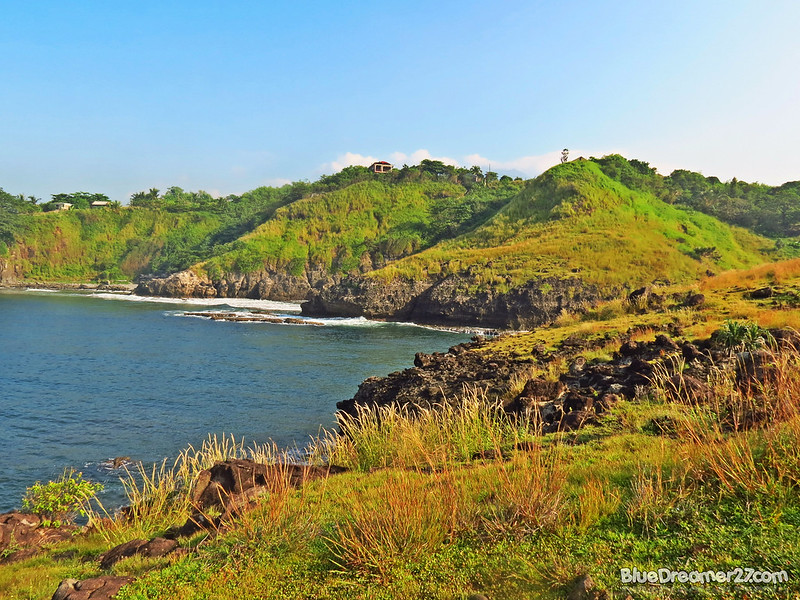 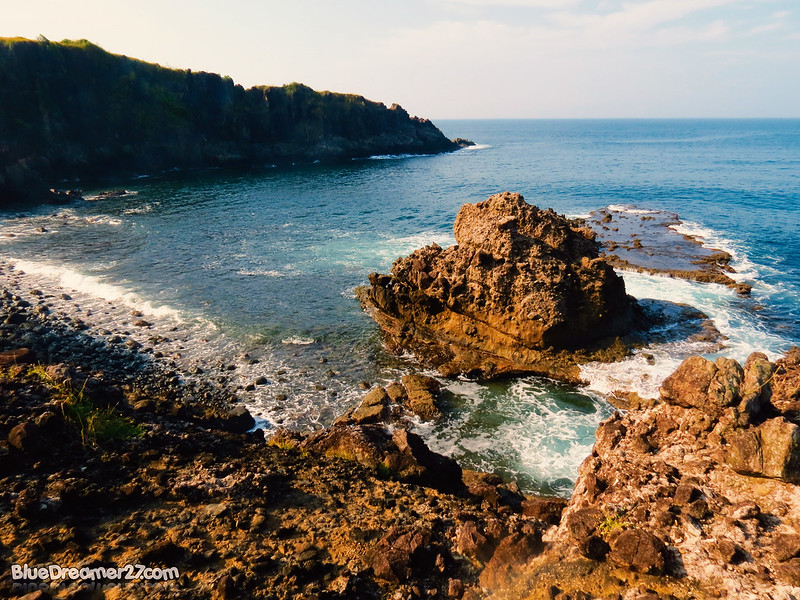 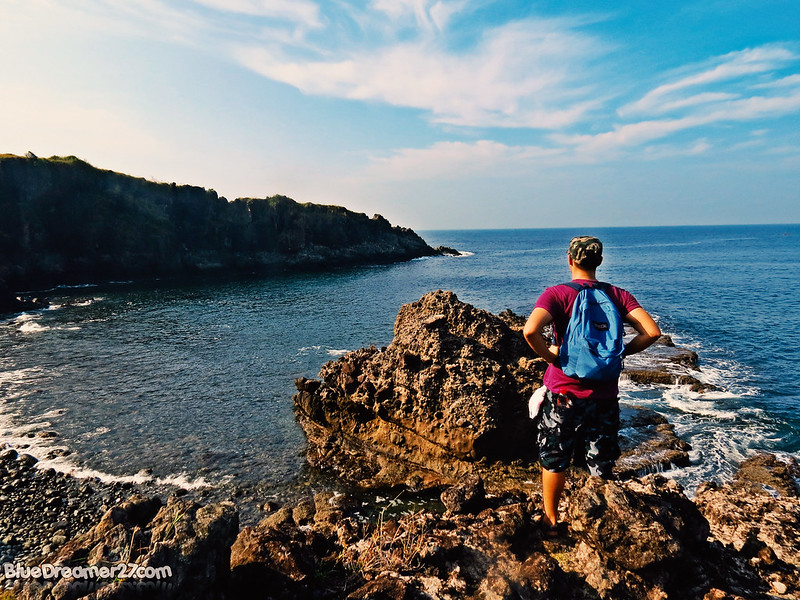 The rock formation at the heart of this cove is something cannot go unnoticed! 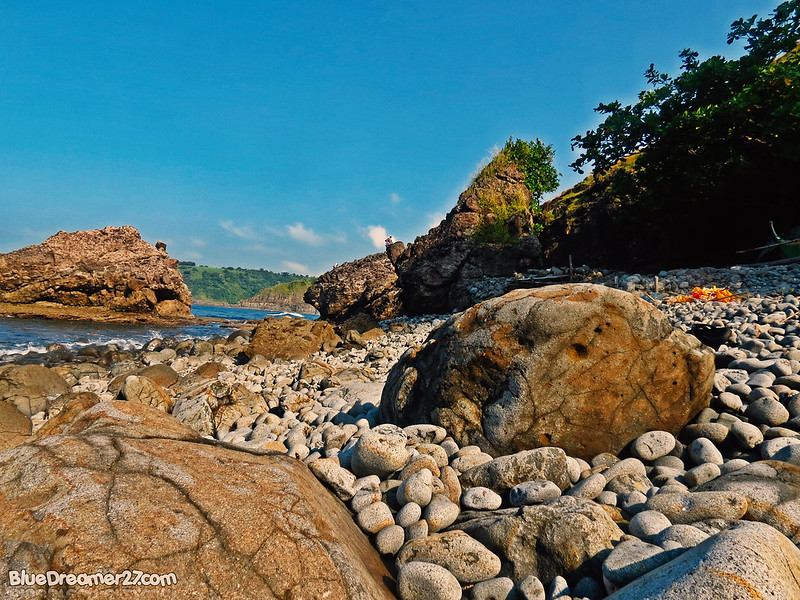 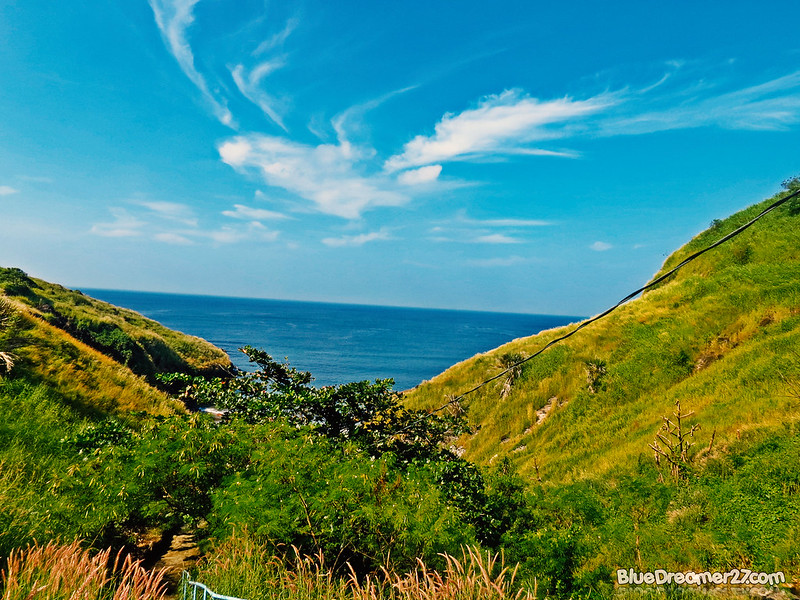 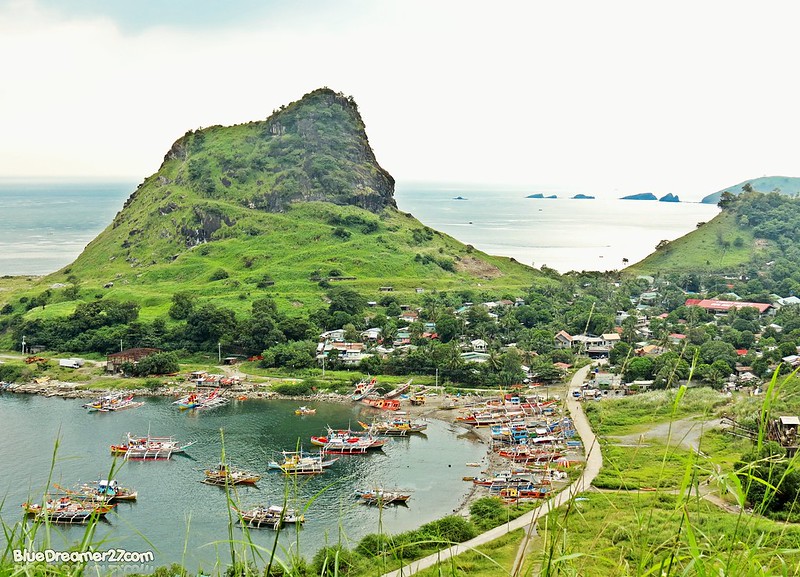 A trip to Mariveles will not be completed without dropping by at Sisiman Bay. Those green-covered rock formations, those simple houses and those colorful boats is simply making a great harmony. Not to mention the fresh breeze that makes it more relaxing. (Check : A Trip To Mariveles : Sisiman Bay) 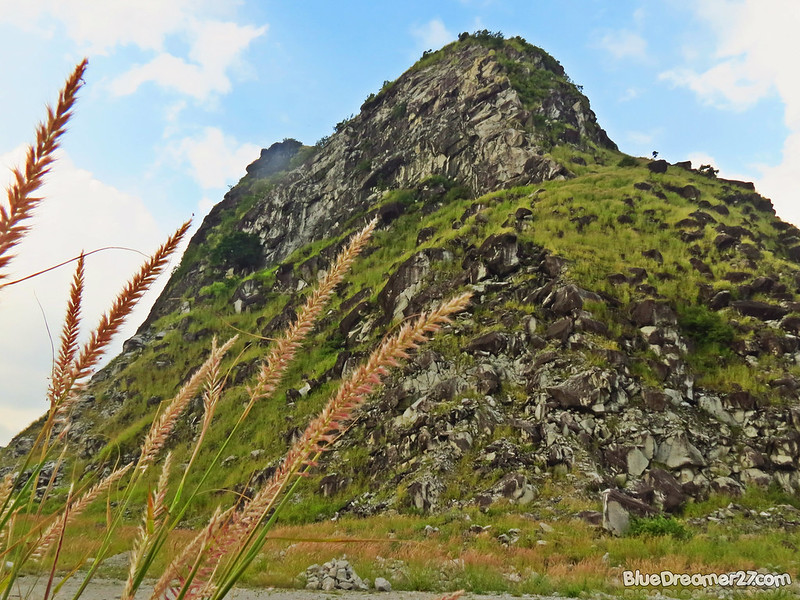 The San Miguel Peak is what makes Sisiman Bay more stunning. The rock formation is around 700ft high and they said that it requires around 20 minutes or more to trek and reach its peak. It is also a favorite spot for Rock climbing. It was named San Miguel because the land was merely owned by the San Miguel corporation. (A Trip to Mariveles : San Miguel Peak) 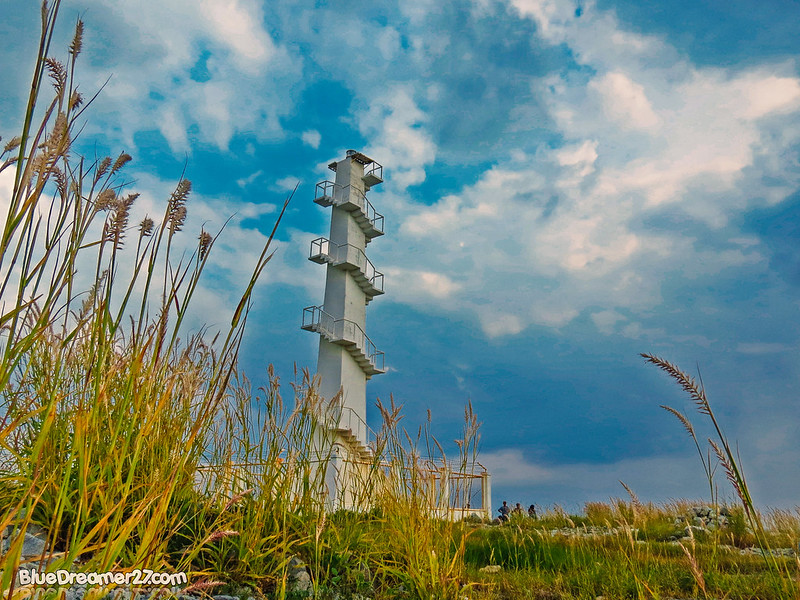 Of course, they will not compare Mariveles to Batanes without a lighthouse! The lighthouse is definitely a great subject for photography and it could have look much scenic if you capture the lighthouse either during the sunset or sunrise. The Sisiman Beach Resort is also just few walks away from the light house. (Check : A Trip to Mariveles : Sisiman Light House)

Another interesting trivia. Did you know that some parts of the classic movie “Magic Temple” was shot in Sisiman Bay? You can easily spot the lighthouse on the film’s trailer!

How To Get to Panoypoy Cove / How to Get to Hawla Beach?

For those who are coming from Manila, you can take the Bataan Transit bus from the Five Star Terminal near the Araneta Center Cubao.

Where to Stay in Mariveles

Claubel Beach Resort offers accommodation and other interesting packages too which includes the Cove to Cove hopping. But if you guys are looking for better accommodation, the Oriental Hotel Bataan may suit you well. This four star hotel is situated at the heart of the Freeport Area of Bataan. They have 88 fully conditioned rooms equipped with all  basic amenities.Check the Rates Here.

You can also check the list of Hotels In Bataan here.

check out the video summary below

3 thoughts on “Exploring Mariveles ~ Batanes of the West”

We stayed in Hawla Beach / Claubel Beach resort until 3pm and since we had to follow our itinerary  we decided to go to our next destination. We had a

Boating and grilling are among the best ultimate ways of passing time during hot summer days. You may want to enjoy these two experiences simultaneously if you have a pontoon