Photo Credit: “Warner Bros. Pictures.”
Just when we thought that Chucky is the only doll who will give us nightmares,  we were introduced to another creepy doll named Annabelle , a demonic Victorian Doll who first made a brief appearance in the first Conjuring film. A year after the success of the Conjuring, we finally get a deeper story of Annabelle where we learned that the demonic spirit of a certain lady named Annabelle Higgins was transferred to the doll right after she  committed suicide and from there, a series of strange and paranormal activities occurred. Now, who would have thought that a prequel will have another prequel? It turns out, there are more stories behind this demonic doll that are needed to be unfold.

Annabelle : Creation is the newest addition to the growing Conjuring franchise, a prequel to the spin off film Annabelle of 2014. As what the title suggests, the film will take us back into the time when the doll was created and how it became haunted. The film follows a story of the doll maker Samuel Mullins (Anthony LaPaglia) and his wife Esther (Miranda Otto) and their only daughter Annabelle who tragically died after being hit by a car. Twelve years after the incident, the couple decided to lend their house as a shelter for six orphans and a nun. This includes a girl named Janice (Talitha Bateman) , a crippled girl who suffered from polio and her best friend Linda (Quija actress Lulu Wilson). The Mullins thought that inviting the kids to their home will somehow change the lonely atmosphere but it turns out, it will make their situation even worst. Annabelle started to haunt the kids and that’s where the horror came in. 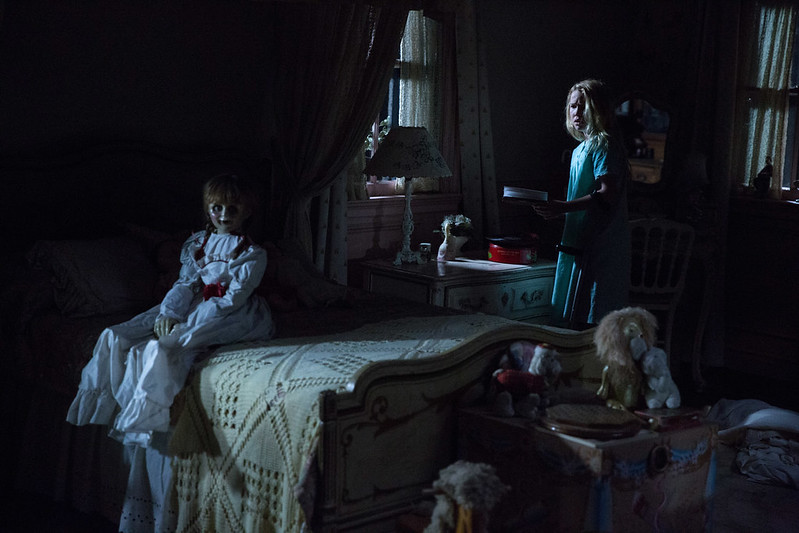 Photo Credit: “Warner Bros. Pictures.”
The film was directed by David Sandberg who was the same guy behind the horrifying “Lights Out” film. In fact, you will notice the same approach with Annabelle. I love how they play with the effects and the shadows which created  perfect jumpscare scenes for this movie. Story wise, the film managed to deliver a much more convincing story and origin to the haunted doll. Annabelle: Creation will provide a perfect sense to this entire spin off and will  solve the mystery why the doll was haunted. It seems like a closure was finally made to the story of Annabelle which we all know that the cursed doll is now sealed on a glass case inside Ed and Lorraine Warren’s museum.

I am not going to spoil much about the movie but one thing I can tell you is that you must prepare yourself as the film features one jump scare after another. It is very unpredictable and you can barely tell where the scare will come from. The great thing about the movie is the fact that it is not just about scaring the audience but they also build a deeper story that will answer all your hanging questions from the previous movie. It is actually way better than the first Annabelle prequel as far as the story and cinematography is concerned. Actress Lulu Wilson delivered a very convincing portrayal for her role as Linda and it seems like she is starting to become the princess of modern horror films with two other horror film lead roles under her belt (Deliver Us From Evil and Quija).

I personally think that this movie will finally conclude the chapter of the cursed doll Annabelle but it will also make way to other horrifying haunted creatures in the ever growing Conjuring universe. In fact, Sandberg will tease us about the demonic nun Valak who made the first appearance in Conjuring 2 in one of the film’s mid-credit scenes where Sister Charlotte (Stephanie Sigman) is introducing the nuns she met in one of her missions through a photo to Mr Mullins… until….. (well, you should watch the film to find out). There’s also an interesting Post Credit scene that will link this prequel to the first Annabelle film so make sure to watch the film til the very end. 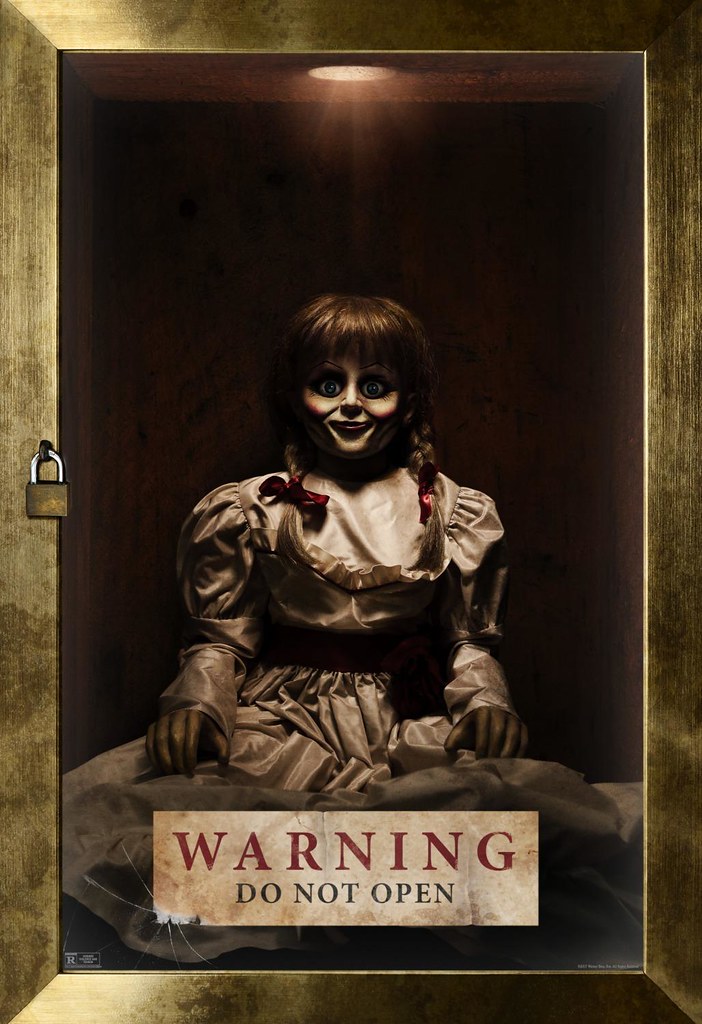 Annabelle : Creation will have sneak previews on Monday and Tuesday next week, Aug 14 & 15 in selected cinemas nationwide and will be officially release in theaters on August 23!

3 thoughts on “[Movie Review] Annabelle : Creation ~ Unfolding The Mystery Behind The Haunted Doll”

Okay, tell me that i am childish or my age is not appropriate to watch such an animated film but no one can stop me from watching Toy Story 3.

It is true that in every gamble, there are only two possibilities waiting to happen, you will either win or lose the battle. This is the kind of metaphor used