When it was announced that Ghost in The Shell will have its Live Action treatment with Scarlett Johansson playing the main character, the film received a lot of negative responses particularly about the whitewashing issue. They said that the character should be played by a Japanese actress and they even filed petitions to change the cast but none of them pushed through. These issues actually put the anticipation over the 2017 Live Action film into a higher level. Everyone was so intrigued on how this film will give justice to a classic 1995 Anime movie (both based on a successful Manga series of the same name).

The anticipation is over as Ghost In The Shell finally hits the cinema since yesterday (March 29, 2017) but the question is how this film weighs in? You know, it is very rare opportunity to see an anime being adapted into a Live Action which is also catered for American audiences. As an anime fan, I was honestly thrilled to watch this movie despite of the negative responses prior to its release. I actually thought that this film will be disappointing but hey, guess what, Ghost in the Shell is surprisingly good and probably one of the best live action anime I have seen so far. 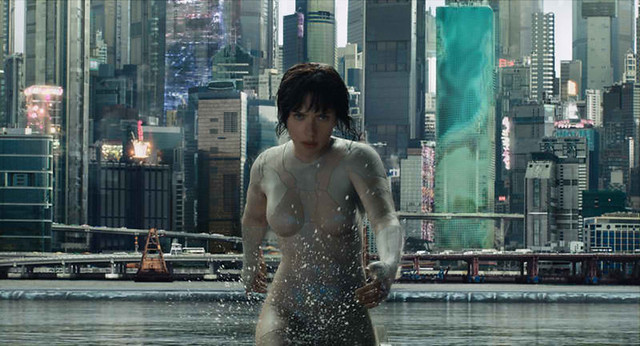 The movie remained faithful to its origin but they notably added some changes with the plot as they decided to explore deeper on the backstory of Major (Matoko Kusanagi – played by Scarlett Johansson). The film follows a story of Major, the first successful cyber-enhanced human and leader of the crime-fighting force Section 9. Despite being a machine, Major is still a human by soul. Shell is a term used for her mechanic body but the Ghost is the human spirit lying underneath.  She was merely used as a weapon but she still has old memories in her mind that constantly haunts her from time to time.

Her skills and knowledge were put on a test when a series of terrorist attacks occurred. In this modern world where human beings can be implanted with cybernetic enhancements allowing them to do things beyond limitations, hacking has become a serious threat and their enemies are using such advantage to terrorize and control people’s mind. The Major, however , faced her ultimate challenge ~herself! Her corrupted memory consumes her and she started to doubt her own existence. She was make to believe that she was saved but things ave changed when she discovers the cruel reality behind her past. 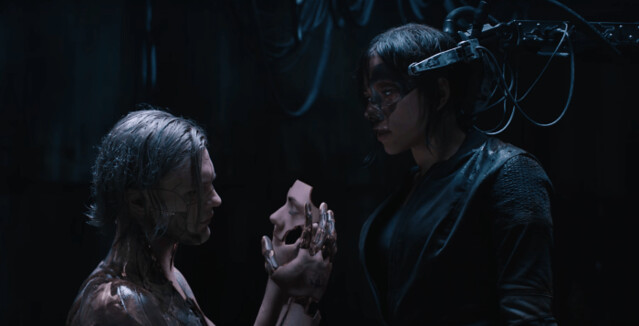 Photo Credit : Paramount Pictures
Interesting plot with deeper Backstory and New Characters
The story is surprisingly compelling. I love the fact that they remained faithful to the original plot while taking us to a new realm at the same time. If you watched the 1995 Anime movie, you will be taken to a very confusing universe and there’s just too many things to catch up especially for those who haven’t read the manga. For a franchise that expanded for two decades, putting them all in a movie would be a challenge but the 2017 Ghost in the Shell version managed to capture all the important details while adding interesting elements in between. I personally like when they added a story on how “Batou” (played by Pilou Asbæk) obtained his robotic implant eyes.  Hideo Kuze (played by Michael Pitt) is also an interesting addition to the movie. The character was actually not part of the 1995 Anime movie but the animated series (Ghost in the Shell: Stand Alone Complex) with a story that is not really different on how he was depicted in this movie. Togusa‘s role (played by Chin Han) , however, has become less prominent in this movie. 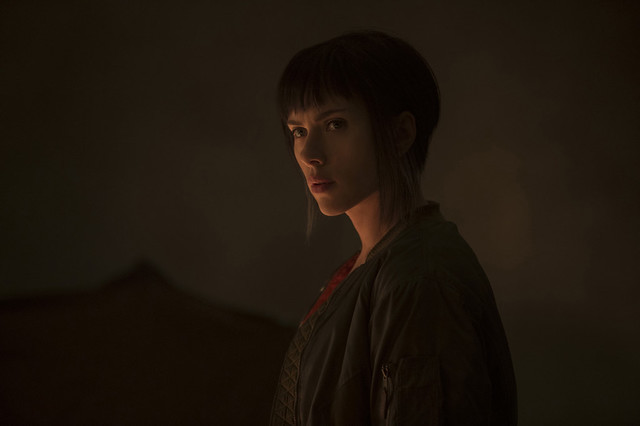 Photo Credit : Paramount Pictures
Scarlett and The Major Are Truly Meant For Each Other
Did you know that the role of Major (Matoko Kusanagi) was also offered to Margot Robbie? Yes but she was casted as Harley Quinn. The role fell to Scarlett Johansson which is actually a perfect choice to portray the role. Major is known for being one badass cyborg and is notable for her very strong personality and somehow lifeless persona. Scarlett managed to bring the character into life and gave justice to this iconic role.  Although I cannot help but to see Natasha Romanoff in some of her action scenes especially those part where she is riding a motorcycle. I actually don’t think that this kind of role is a challenge for Johansson because she already portrayed heroine in some of her movies including the 2014 film Lucy. It is a perfect role indeed and same thing goes with other casts especially Batou (Pilou Asbæk) who is actually known for being kind hearted and has huge sense of humor despite of his masuclar physique. 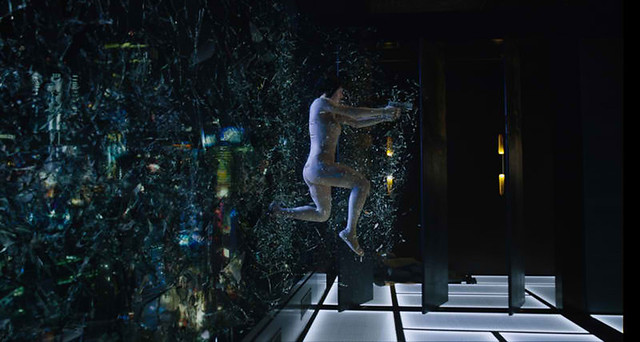 Photo Credit : Paramount Pictures
Holograms Everywhere
The movie is set on a futuristic environment. If you have watched the anime, you’ll know that even the garbage trucks are equipped with modern technology. In this film, we were taken to a colorful yet highly innovative atmosphere. Although I appreciate their visions on how the future looks like but I think they used the holograms exaggeratedly. The holograms were almost everywhere and some are as big as the skycrappers (even the sponsors haha). Holograms are truly fascinating but if the future will be like this, I don’t think I can bear such haha (some are even scary). Ghost in The Shell 1995 Movie is considered as one of the best anime films of all time and was praised due to its impressive visuals so it is understandable that this film will exert effort to reach the viewers’ expectations. The CGI animation for the 2017 live action version of Ghost In The Shell is fairly decent. There are best and worst parts but it is generally impressive. 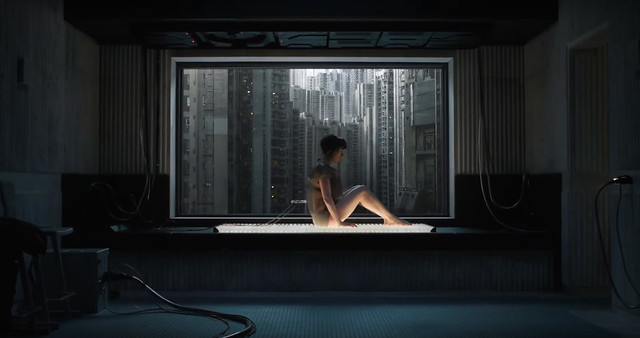 Photo Credit : Paramount Pictures
Amazing Recreated Scenes From Anime
It’s not everyday to see a Live Action movie that is merely inspired from an Anime and if it happens, one thing that anime fans will look forward to is how the scenes from anime will be recreated in a live action. I’m telling you now that some of the film’s best moments are those scenes that are recreated from the original anime movie. This is the reason why i highly suggest that you must rewatch the anime movie before watching this film so you can set a comparison and you can tell how they give justice to some of the film’s iconic moments. The opening scene, the yacht and diving scene, the battle sequences between the spider robot and The Major, and how Major uses her Thermoptic suit that allows her to become invisible.

Overall, it was a decent adaptation of the Anime (or the manga). People who are not aware of the Anime source material may still find this film enjoying without the need of looking back to its previous animated movies but it could be more enjoying if they do so.  Scarelett Johansson is a perfect actress to play such role. Much like the Anime movie, it concludes with many hanging questions and mysteries waiting to be explored so this film could possibly expand to another sequel but I don’t think it’s going to happen anytime soon. (I’m actually more excited to see another anime to be adapted in another live action film…. Cowboy Bebop anyone?

My rating for this movie is 4 out of 5