The story of Pirates of the Caribbean is not different from the ocean at all…...there’s just too many to explore. We followed the journey of the witty Captain Jack Sparrow (cleverly portrayed by Johnny Depp) from the Curse of the Black Pearl down to the Stranger Tides and now, the new installment will introduce us to an all new generation of pirates. Jack Sparrow is indeed back on the big screen accompanied by new set of characters and by interestingly revealing some parts of his intriguing origin. 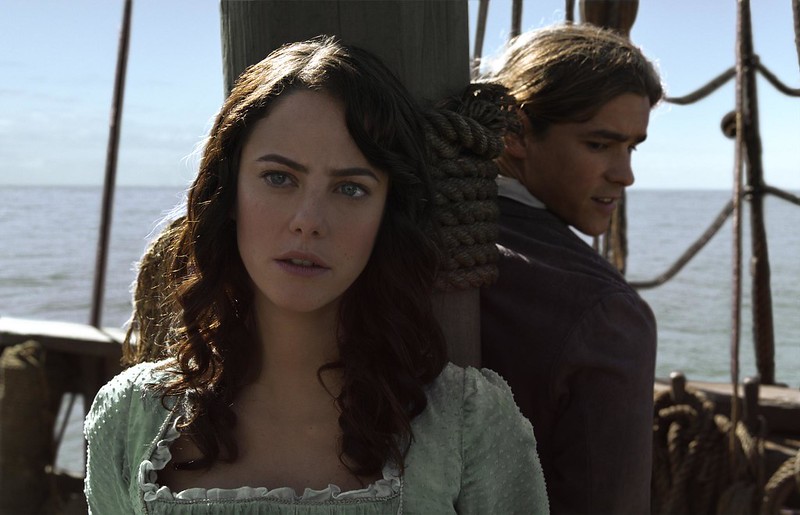 New Characters
Pirates of the Caribbean : Salazar’s Revenge will take us many years after the events from the previous installments. Jack has embarked himself in many journey but it seems like the luck is no longer on his hands after losing his remaining crew including his most loyal buddy and first mate , Joshamee Gibbs (reprise by Kevin McNally). He even came to a point of giving up piracy but luckily, we were introduced to new characters who will help him bring his passion alive and keep it burning. We were introduced to a lovely Astrologist (and HOROLOGIST) named Carina Smyth (played by Kaya Scodelario) and a young sailor named Henry Turner (played by Brenton Thwaites) who both have the same mission and that is to find the legendary Trident of Poseidon, a powerful artifact that has the ability to control the sea but also the tool that can break the curse of the Devil’s Triangle. This will bring us to a new creepy Villain in the name of the Spanish Captain Armando Salazar (amazingly portrayed by Javier Bardem) who was once the most powerful and merciless captains of the sea until Jack Sparrow brought him into a nightmare. Salazar and his crew was trapped in Devil’s Triangle turning them into undead which made him so eager to hunt Sparrow and kill him, hence the title, Salazar’s Revenge!

Interesting Backstory And The New Generation Of Pirates!
Where did Jack get that “sparrow” monicker? Well, one of the film’s highlights is this interesting backstory that will take us back in time where Jack was just part of his father’s crew and how he managed to become a captain and gain the trust from his crew. I am not going to spoil anything about the story so you better watch the film on your own risk but one thing I enjoyed here is how they managed to de-aged Johnny Depp thru CGI and also through the portrayal of a guy named Anthony De La Torre who look exactly like Depp in his younger years. Although the film will bring familiar faces such as Hector Barbossa (Geoffrey Rush) and Joshamee Gibbs who both appeared in every Pirates of the Caribbean movie, the fans will certainly look for two of the most well-loved characters including Will Turner (Orlando Bloom) and Elizabeth Swann (Keira Knightley). The two are both set to have cameo appearance but the film paved way to a new generation of pirates. Henry Turner is the son of Will and Elizabeth who went on a long journey to find Sparrow to help his father in breaking the curse of the Devil’s Triangle. We will also introduced to a girl Carina (the modern counterpart of Elizabeth in this generation) who was mistaken as a witch because of her knowledge about science and astronomy but little did we know, Carina actually came from a bigger blood and you must find out whom!

A Visual Delight!
Pirates of the Caribbean: Salazar’s Revenge is absolutely a visual delight! It features a very impressive CGI animation that will take us all in a magical yet seemingly realistic world of pirates! Under the new directions of Joachim Rønning and Espen Sandberg who both aimed nothing but to give the viewers the kind of entertainment and cinematic experience we all deserved, managed to bring us all in a different world of fantasy that are all beyond our imagination. The film will showcase a lot of visually stunning sequences from that epic opening scene where Sparrow and his crew pulled an entire building all over the street of the Caribbean to that humorous guillotine scene that almost beheaded our beloved Captain down to those thrilling dead shark scenes that are simply beyond expectations. With a budget of $320 million (slightly lower than The Stranger Tides), I believed the film gave enough justice to make this sequel a visual delight! Pirates of the Caribbean : Salazar’s Revenge is best watched in 3D or IMAX 3D but if you really want to put your watching experience to an all new level, you might consider watching the film in 4DX format. I was lucky enough to be invited in a special screening of this film in BGC Cinema in 4DX format and I was really amazed with all that rain, fog, scents , light and even bubble effects that made my viewing experience more realistic and enjoying!

Is it a Worthy Come back For Sparrow?
If the question is if it is a worthy come back for Jack Sparrow, it is certainly a big Yes for me! For a franchise that expanded for merely 15 years, we have witnessed all the misadventures and journey of the ever funny Jack Sparrow and don’t you think he deserves a proper send off? If it’s true that this is the last film of the franchise, then we just need this movie to remind us how successful this film has become. While we are all overwhelmed by the series of Superhero movies and that recently released Medieval Monarch King Arthur inspired tale, we just need a new pirate movie to balance everything!

Do We Need Another Pirates Of The Caribbean Movie?
While everyone is convinced that this could be the last film of the franchise, many fans are still hoping for the future installments which could either introduce us to a new generation of pirates or it could also be a deeper prequel (but I don’t think it will work so well unless they took that book series as an inspiration which is merely catered for younger audiences). Like I said, this franchise have gone so far yet the story of pirates are wider as the ocean ~ there’s just too many tales to tell and there’s too many things to explore. We may not need another Pirates of the Caribbean movie but I actually don’t mind seeing another installment in the future! Let’s admit it, we cannot see any Pirate movie today and in generations to come that is as wonderful and as funny as Pirates of the Caribbean! 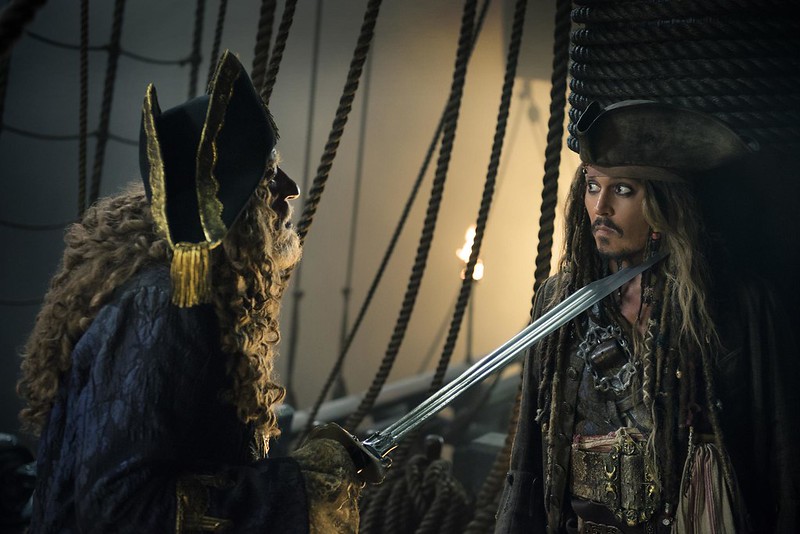 “Pirates of the Caribbean: Salazar’s Revenge” drops anchor in Philippine Theaters today May 24, 2017 in Conventional, 3D, IMAX 3D and 4DX!

One year ago, the world was shocked after the Ondoy hits the Philippines causing a lot of damages and fatalities. It is quite horrifying to remember all that tragic event