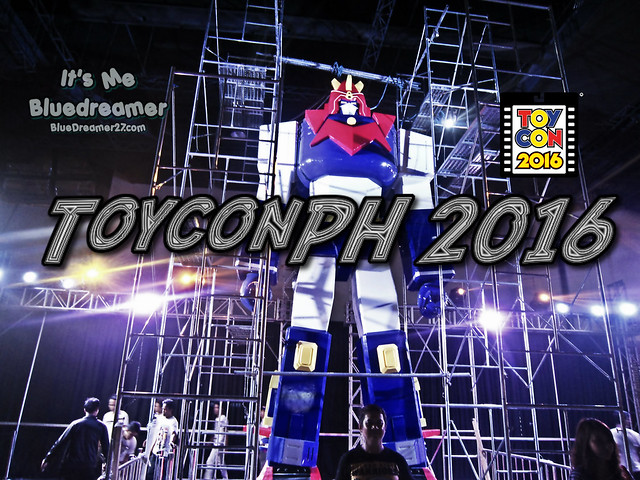 After many failed attempts from the previous conventions, I finally made it this year! ToyCon is an annual pop culture event here in the Philippines that gathers hard core toy collectors, otakus, video gamers, cosplayers and fans together. So basically, ToyConPh is a convention that will surely bring out your inner geek at its best! This year, ToyCon celebrated their 15th anniversary with a vast of wonderful improvements. This yearly event which started way back in 2002 brought by The Asian Comics, Toys and Hobbies Collective Inc. as a convention exclusively for toy collectors has grown so much and is now recognized by the international industry of toys, comics, movies and anime. 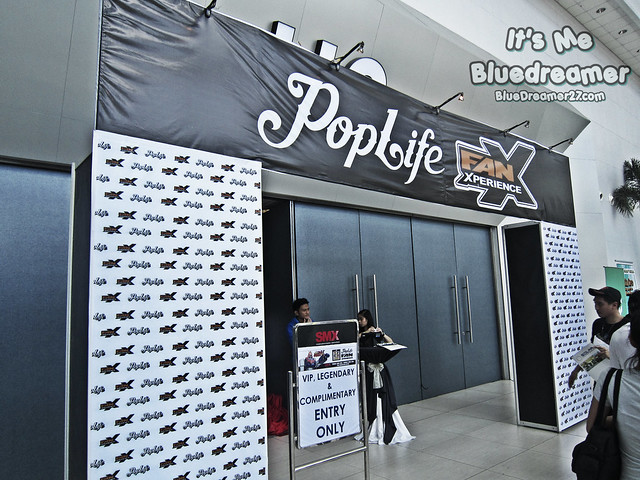 Interestingly, this year’s convention is dubbed as ToyCon Philippines 2016 + Pop Life FanXperience. The Asian Comics, Toys and Hobbies Collective Inc has partnered with FanXperience to deliver the best pop culture in Asia, focusing on timing and relevance. Much like their previous conventions, the event will still showcase a huge collection all types of comics, toys, movies, animation, games and special memorabilia (either for sale or for exhibit purposes). What really makes ToyConPh2016 more special is the fact that they will now feature celebrity attendees for die hard fans of both local and international personalities. 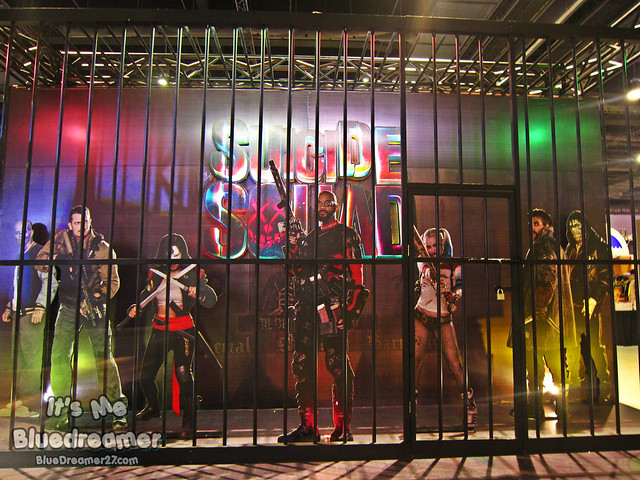 With Php500 for a day pass, I must say that the admission fee is quite expensive compare to other popular conventions here in the Philippines (Cosmania, OzineFest, Nexcon to name a few). By hey, isn’t the same amount we paid for the recently held  Asia Pop Comic Con (APCC)? After all, ToyCon provided the same amount of experience and the line up of celebrities and exhibitors they had this year wasn’t really that bad either! Stan Lee’s Excelsior Exhibition? Hodor from GOT? Dean Cain? The New Encantadia casts? Come on, it’s undeniably a great list of celebrities! 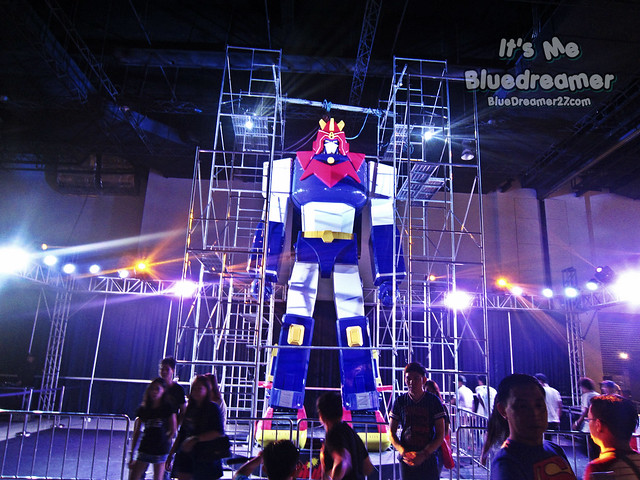 One of the most interesting highlights of the event is this 25ft tall replica of the iconic Voltes V robot! This is done in celebration of its 40th Anniversary here in the Philippines. The anime was first shown in national television in 1970 (the time of Martial Law) and this anime have left a huge impact and has become a household name since then. Limited edition Voltes V toys from Mindstyle and Toei Company were presented in the event too. 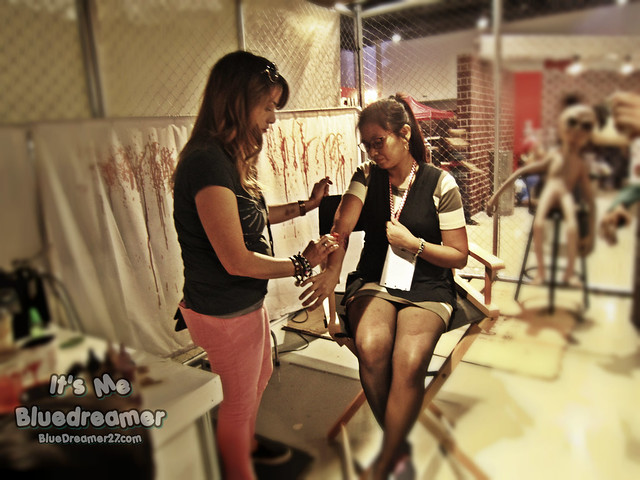 The event also invited an award winning USA Face & Body Artist, Sammie Bartko who provided free zombie-like makeover in her zombie and alien – inspired booth which also aptly features the works of Arthur Suydam, a well known graphic artists known for his work on Marvel Zombies and The Walking Dead. 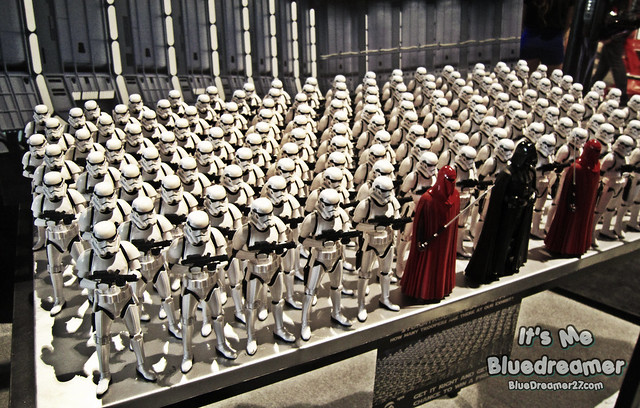 A ToyCon will not be a ToyCon without…. TOYS of course and the event features an overwhelming amount of toy collections! Some are for display purposes while most of them are greatly for sale which you can buy in size great discounts! This image above is a well-detailed collection of scaled Storm troopers and the exhibitor was actually challenging the event goers to guess the accurate amount of Storm Troopers on display and whoever guess it right will win a prize in return. (I will post a separate entry for Toys at ToyConPh soon). 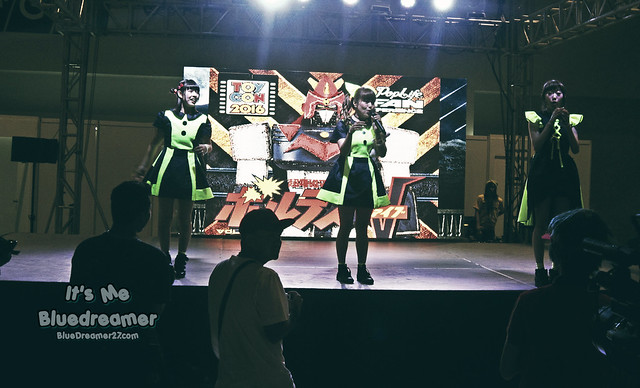 Japan-based Girl group named “Electric Ribbon” gracing the Satellite stage! It’s so nice of them to interact with the audience despite of having a hard time to communicate.  They were very fun and witty though! This particular event is part of the so-called Tokyo Underground Experience brought by Pop Asia and Secret Base. They are accompanied by other groups like Yanakiku duo and Sony Music’s DJ Kazu.

Aside from the colorful Bangenge (giant paper-mache mascots), the festival also features cute Kuneho (Rabbit) Lanterns. Usually , the lanterns are made from Japanese papers but as time passes by,

“Bigger, Better and Bolder”, that was the tag line for this year’s History Con Manila. History Con had their first ever and one of a kind convention last year where

Exactly a year ago, my brother and I were very grateful to meet Doraemon and his friends. It was a special meet and greet event organized by DoraemonPH and Animation