OVERwhelming OVERwatch Cosplayers, The CAGE, Walk Of Fame and Gaku Space During The AsiaPop Comicon Manila 2017

AsiaPop Comicon is not just for comics alone, it is also a place for cosplayers to showcase their amazing crafts. The craftsmanship that is being applied in each costume is simply amazing and imagine how much time , effort and money they have spent just to bring their favorite characters into life. Interestingly, each year, there is seemingly a theme depending on what is the current trend. I remember when Attack on Titan became a big hit, the cosplay scenes were merely dominated by those cosplayers sporting those iconic Survey Corps uniform or if daring enough they will hit the convention as Titans. I also remember the time when League of Legends and DragonNest are on their peak. This year, AsiaPop Comicon is seemingly dominated by Overwatch cosplayers and I guess it is because of two reasons; first, the game is becoming extremely popular and second, Gaku Space is one of the international celebrity guests who apparently is the voice behind one of the game’s most popular characters. 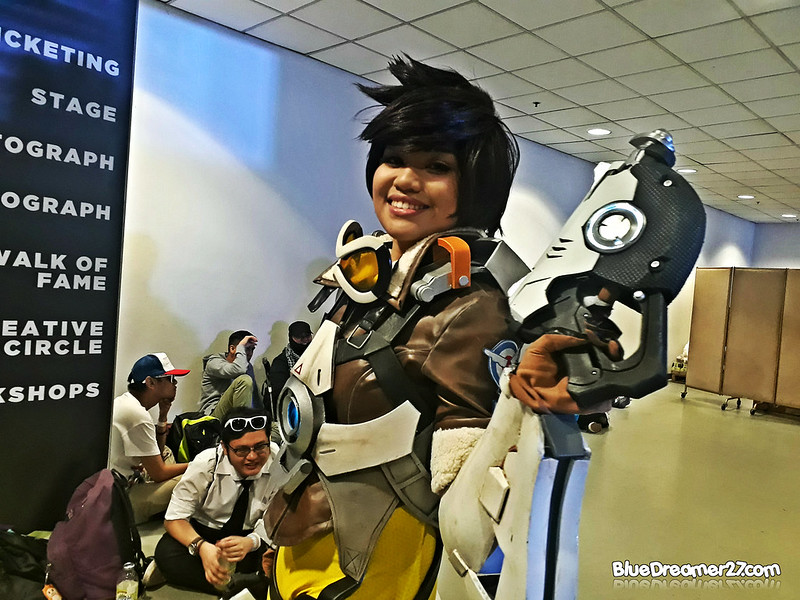 Here’s someone who cosplays Tracer, one of the Overwatch’s playable characters. Cosplay is indeed an integral part of AsiaPop Comicon and in fact, one of the major highlights of the event is the so called The CAGE or the Cosplay Authority Global Challenge which gave a total of $18,000 worth of cash and prizes to lucky winners. The cosplay competition was judged by influential cosplayers including Haiden Hazard, Jin (BehingInfinity), Myrtle Sarrosa, Pion Kim, Canvas Cosplay and Alodia Gosiengfiao. 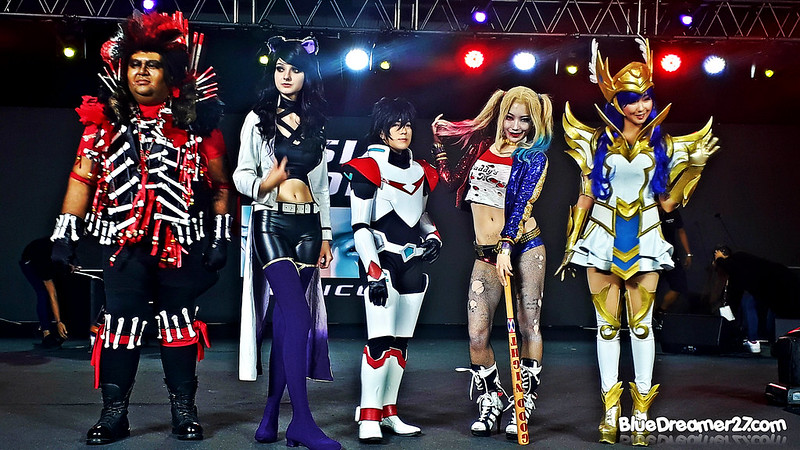 The CAGE judges during the cosplay panel session (From Left to Right : Canvas Cosplay, Haiden Hazard, Jin (BehindInfinity), Pion Kim and Alodia Gosiengfiao.  They can also be spotted on their own booth in Walk of Fame along with other guest artists. 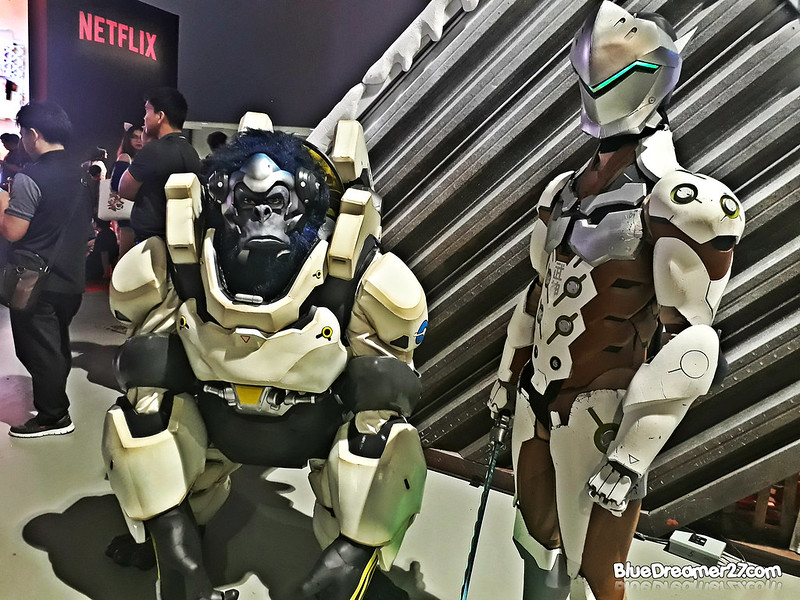 Winston and Genji from Overwatch. Winston is one of the major winners of CAGE in Open Category and with such amazing costume and craftsmanship (I actually thought it was an animatronics or something) this guy deserves an award. 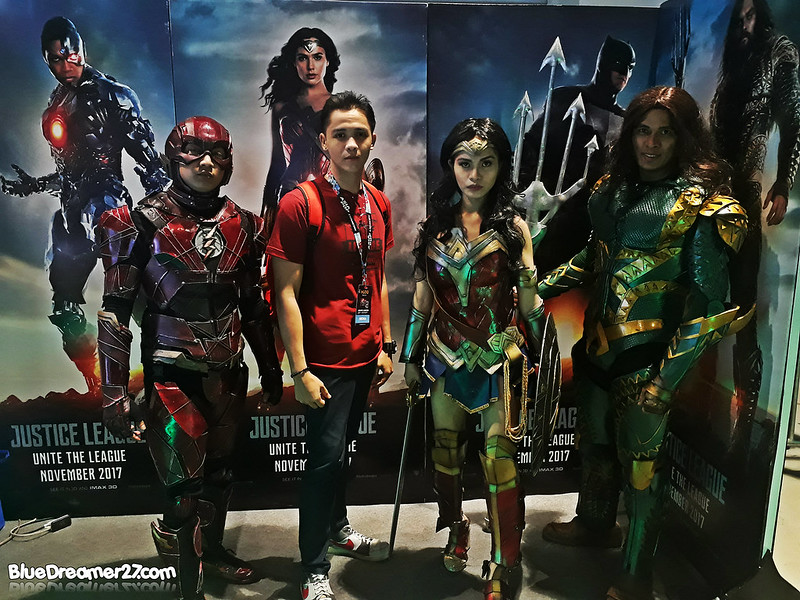 Of course, it is not just about Overwatch. Since Ray Fisher was there and the Justice League movie is nearly approaching, you can also spot a decent amount of DC-inspired cosplays. 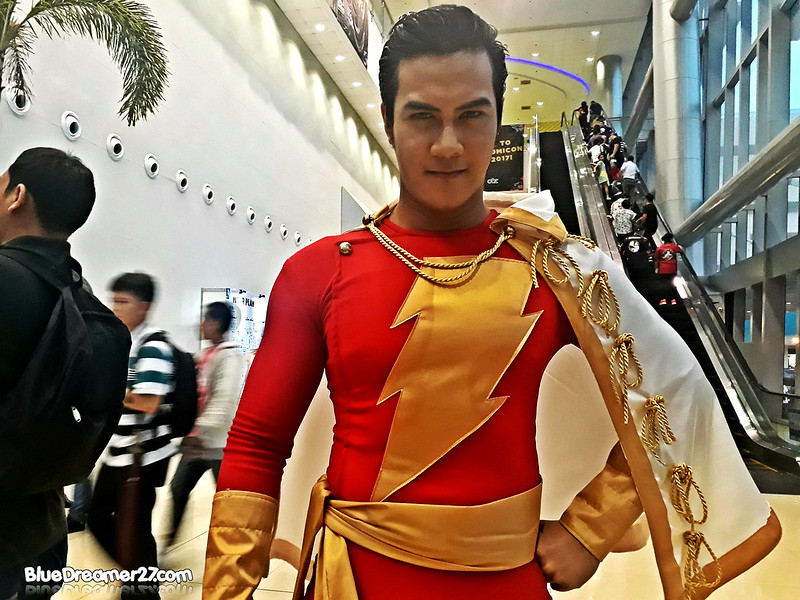 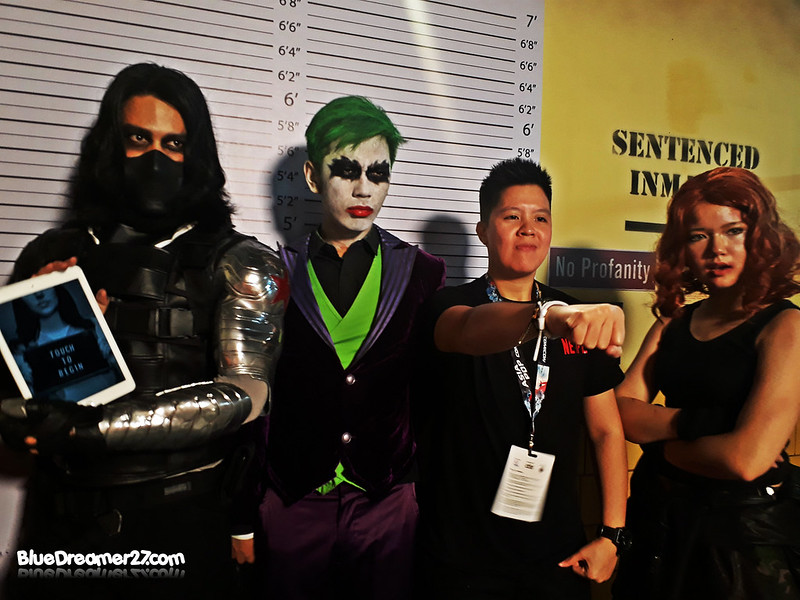 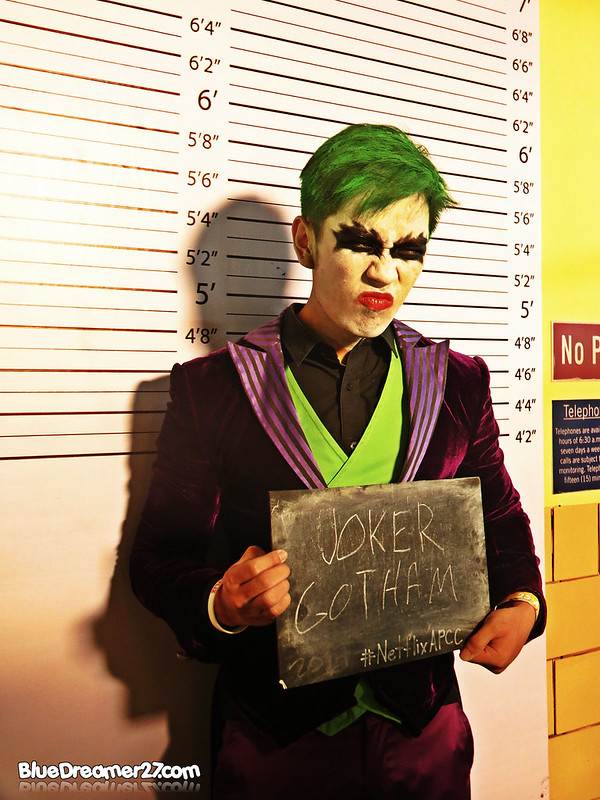 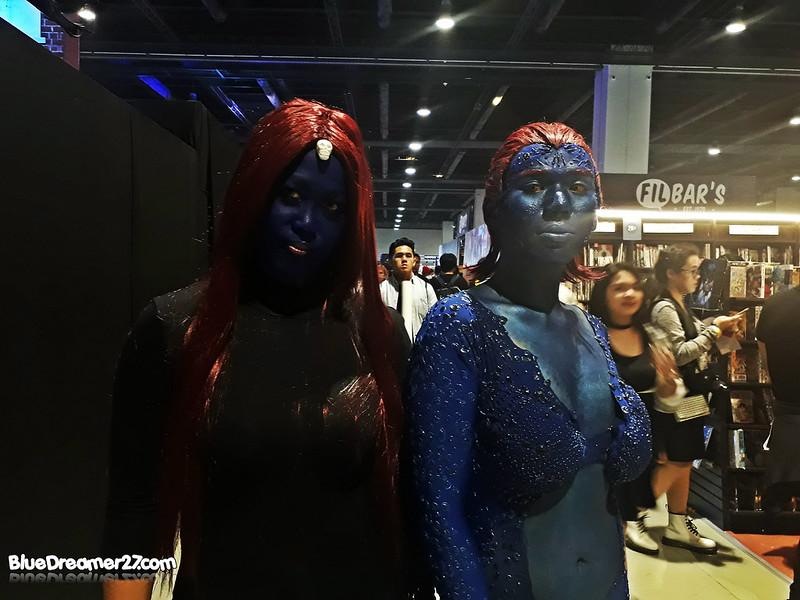 Loving these two versions of Mystique… who is your favorite? 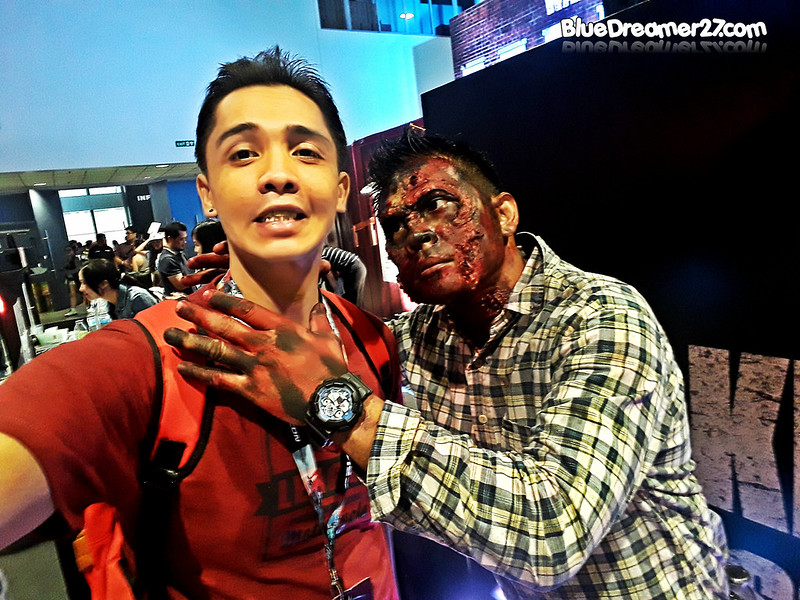 Yikes, A zombie from Terminus ( Walking Dead booth by TV5) 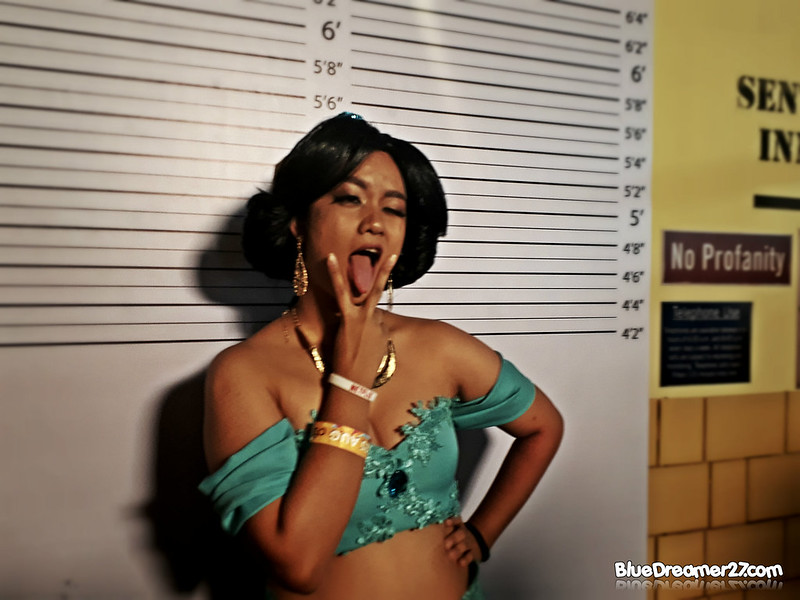 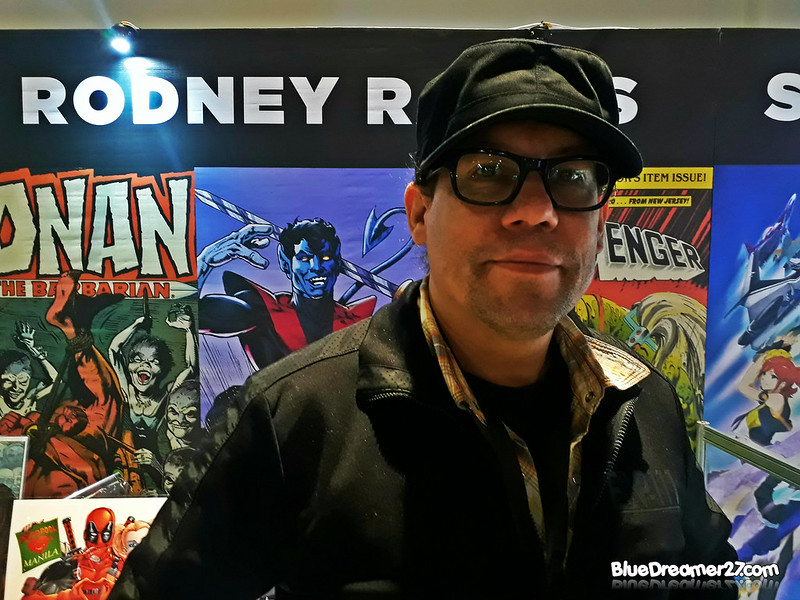 Rodney Ramos is a professional and veteran penciler and inker whose works include various Marvel comics such as Gen-X, Ironman, Gambit and Spiderman to name a few. He also worked with DC Comics and some of his recent works include Independence Day and Doctor Who 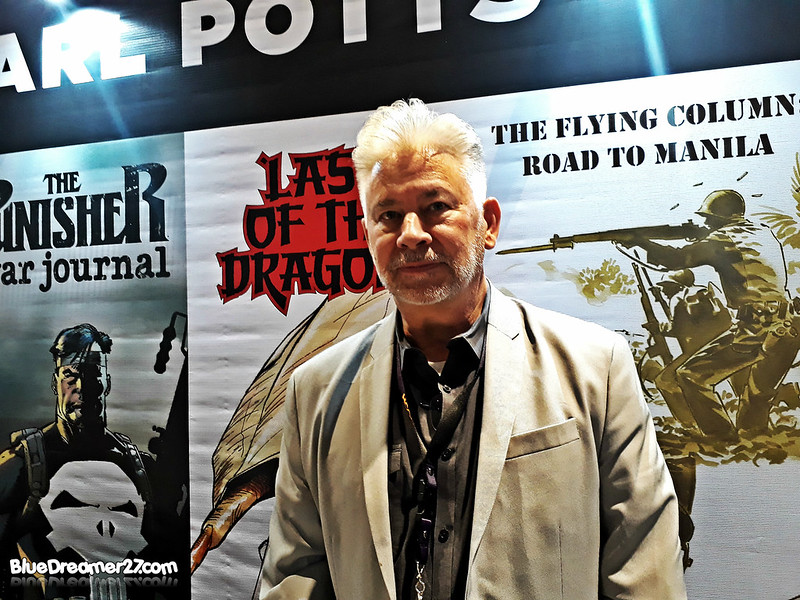 Carl Potts has been working with Marvel Comics for the past 13 years and was also an Executive Editor , overseeing 1/3 of Marvel’s publications. He wrote and drew comics and covers for Marvel including Venom, Prowler and Shadowmasters. 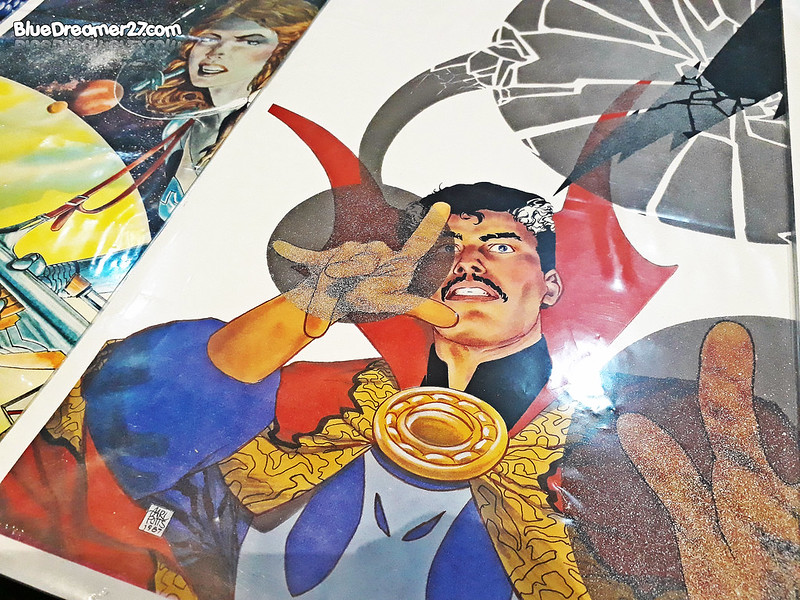 One of Potts’ works 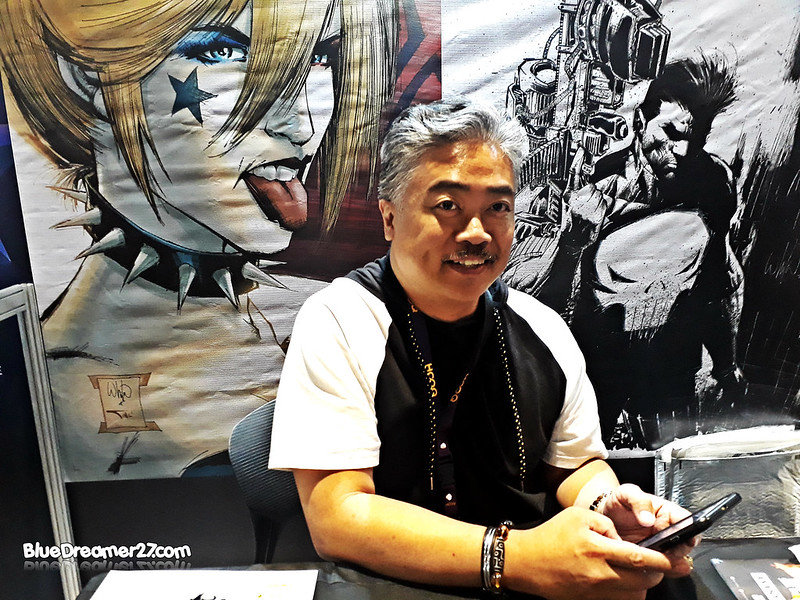 Whilce Portacio is probably best known as the creator of Bishop from Uncanny X Men). He was also here last year in AsiaPop. Some of his notable works includes Longshot and The Punisher in 1985 and 1988 respectively. He has done numerous works for Image, Marvel and DC and is working with new book called “Non-Humans” 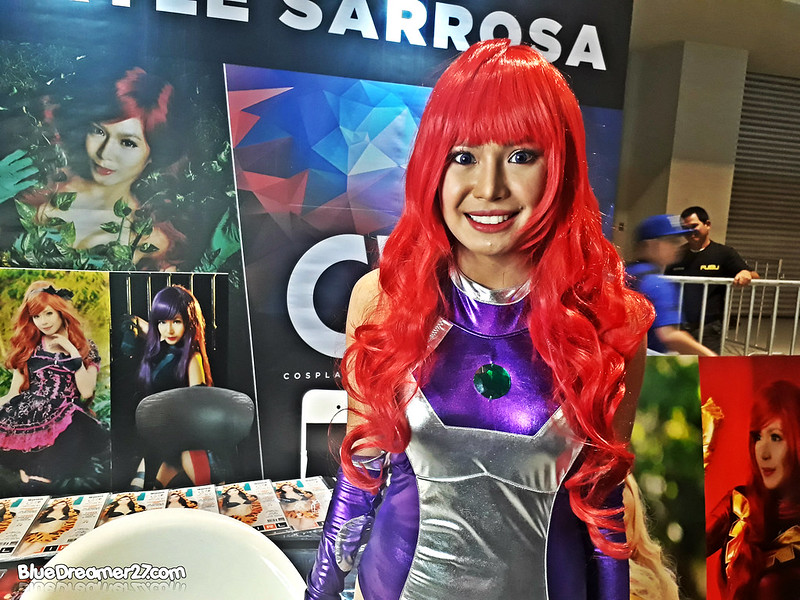 Myrtle Sarrosa. Cosplayer turned celebrity Myrtle is dazzling with beauty from the recently concluded AsiaPop. I spotted her on the last day of the convention. I was not sure of what she is cosplaying here but she is really amazing and very approachable too! 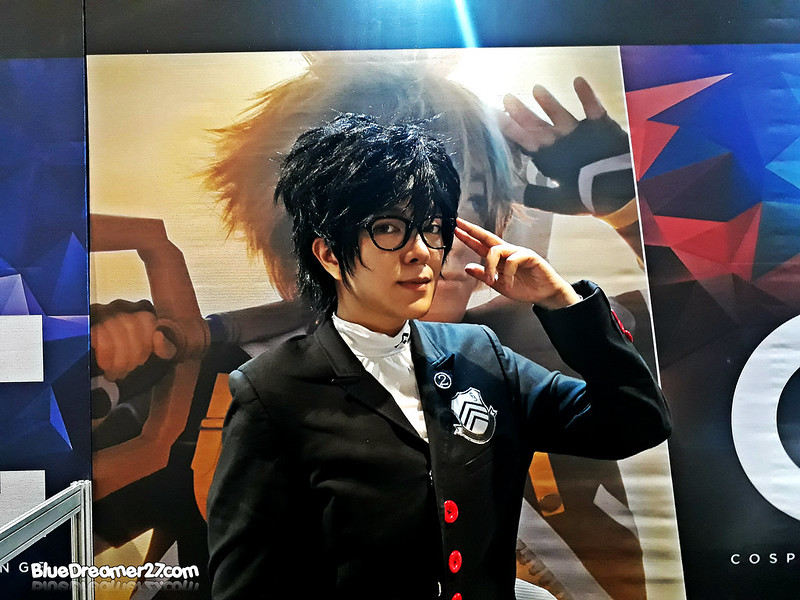 Jin (BehindInfinity). Internationally acclaimed cosplay Jin or also known as Behindinfinity was present in AsiaPop Comicon as one of the CAGE judges. She also had a workshop and was part of the cosplay panel session. Here’s Jin sporting her Protagonist Cosplay from Persona 5 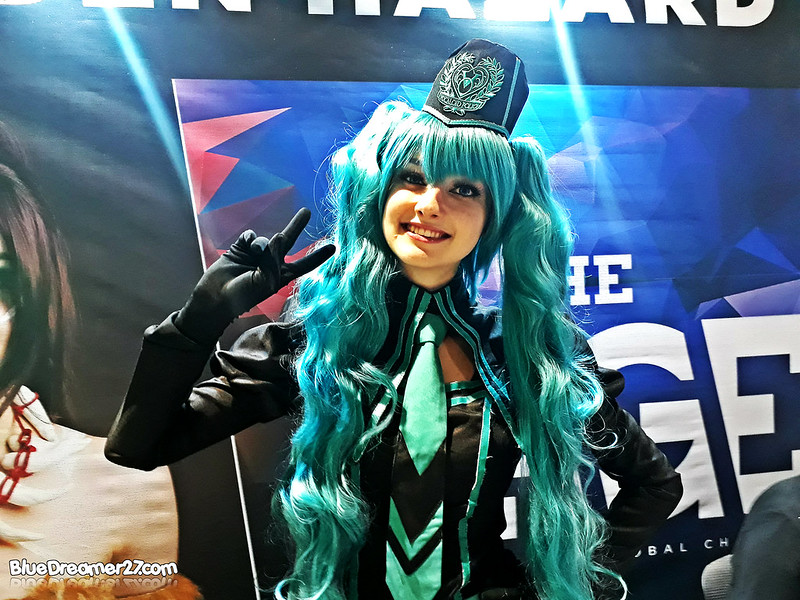 Haiden Hazzard. Haiden started to do cosplays in 2013 and is now making a buzz in international cosplay scenes. I spotted this gorgeous lady on the first day and here she is sporting a stunning Hatsune Miku! 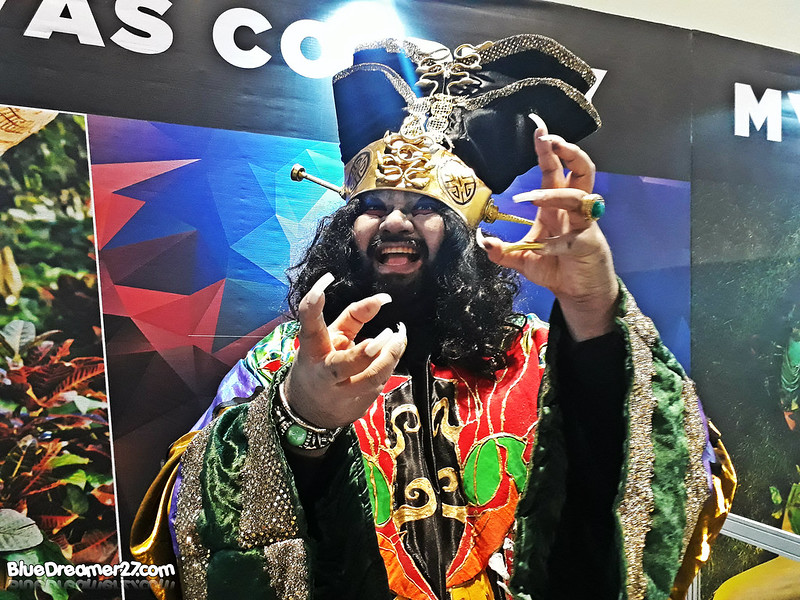 Canvas Cosplay is an award winning  artists, designer, producer, director and actor with a decade of experience in theater production. His award winning Doctor Strange costume was officially featured by Marvel and he was commissioned to produce a replica prop for the Jimmy Kimmel Show. 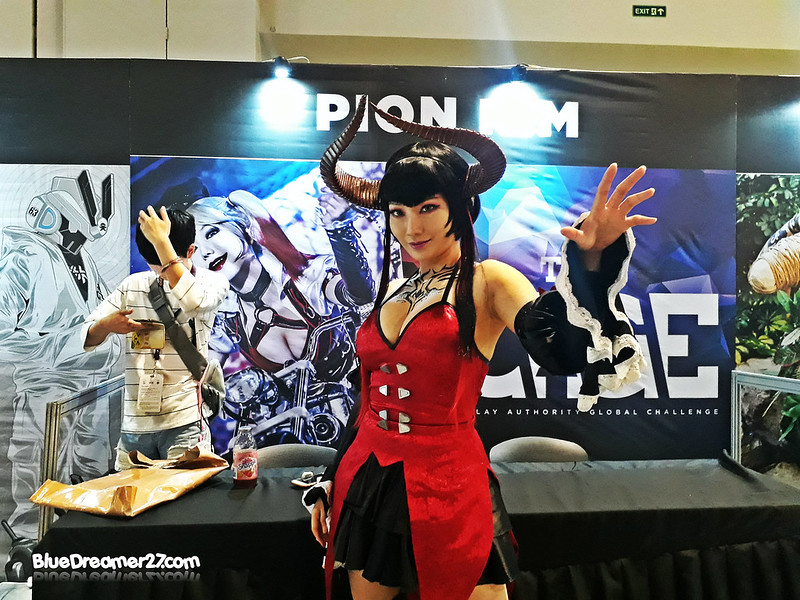 Pion Kim, the Korean Cosplayer has gained international recognition due to her various cosplays including the Overwatch Character Sombra which was hailed as the best Sombra cosplay in the world. Here she is sporting a stunning Eliza cosplay from Tekken 7. 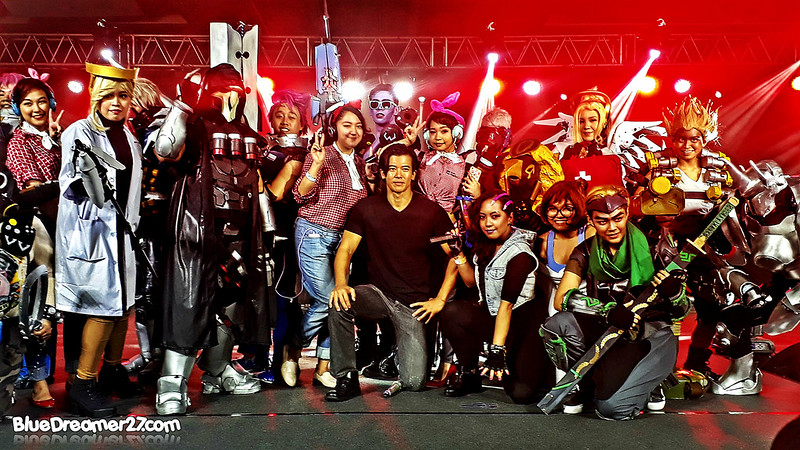 Gaku Space is one of the major international guests in this year’s AsiaPop Comicon Manila. He is best known as the voice behind Overwatch Character ~ Genji. Did you know that even though he plays a huge part in the game, he never played the game yet? During the panel discussion, Gaku Space shared some of the stories and his plans in relation with the popular game. He even gave us some samples of his notable quotes from the game and that made the crowd wild! After the discussion, he invited the lucky Overwatch cosplayers on stage to take a group picture! Awesome! Oh, by the way, he is also looking forward to a possible Live Action Adaptation of the game and if he was asked if he ever considered to cosplay Genji, he told the fans that he will only do so if the Live action movie will push through!

Now that Cosplay Mania 2017 is nearly approaching, I have this huge feeling that the event will also be dominated by an overwhelming amount of Overwatch cosplayers and I simply can’t wait to see more of them!

The fastest growing and the leading Online Travel Agency (OTA), Travelbook.PH celebrated the first year anniversary of their Blogger Affiliate Program with a great blast! The event was held at Oakwood

One of the biggest Marian events in the country is nearly approaching – The Intramuros Grand Marian Procession. This coming December 3, 2017, the streets of Intramuros will be filled