Few weeks ago, I was able to visit the town of Lucban in Quezon once again to witness their colorful annual celebration, the Pahiyas Festival. This is my second time to witness the festival (the last one was in 2017 – Check Pahiyas Festival 2017). Nothing much was changed actually, we were still greeted with colorful and flamboyant decorations made from kiping and various crops. This colorful and unique celebration never failed to amuse me and I really appreciate the effort given by all the participants and how they transform their houses into a colorful attractions. 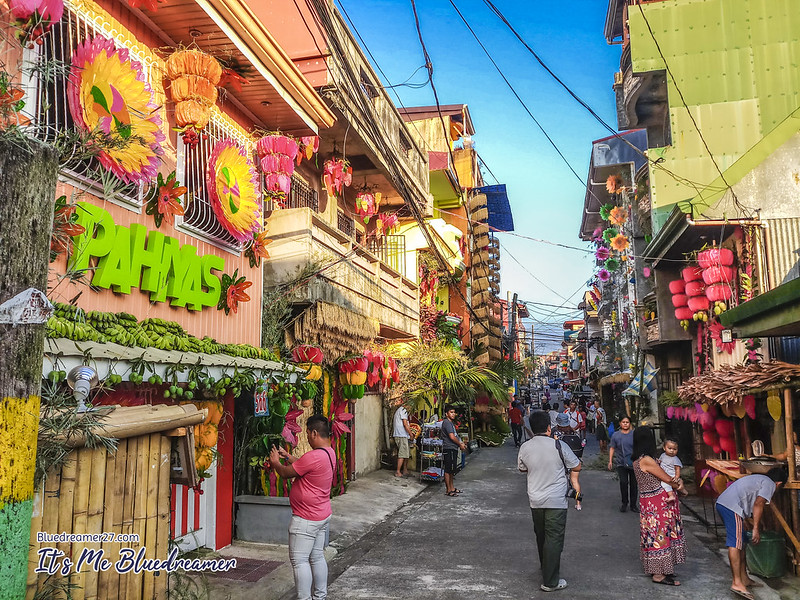 Pahiyas Festival is celebrated annually in the town of Lucban. The celebration takes place every 15th of May in honor of the town’s patron saint, San Isidro Labrador (Saint Isidore the Laborer), the patron saint of farmers. This explains why the festival is associated with a wide variety of harvested fruits and vegetables. 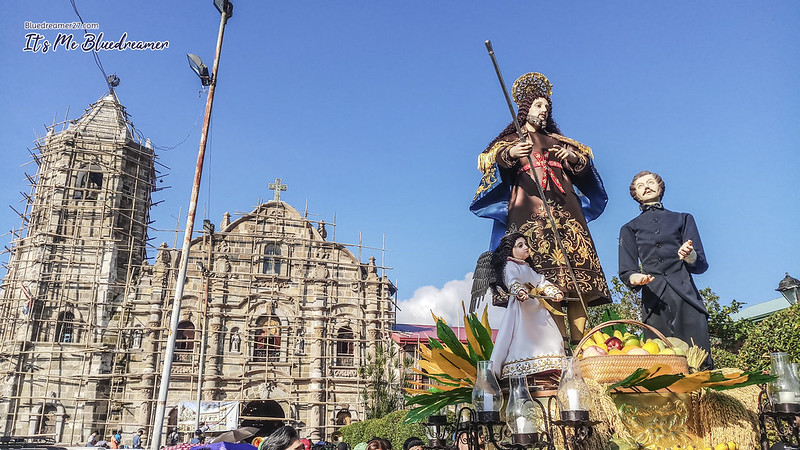 Behind the town’s name Lucban comes a popular legend that tells a story of three hunters from Majayjay Laguna who lost their way while following the trail of wild animals at the foot of the Mount Banahaw. While finding their way out, they spotted a huge pomelo tree(lucban tree) along with a couple of kingfishers singing in great harmony. The hunters were attracted by this and thought that it was a good sign so they settled in this place for good and named the place Lucban. 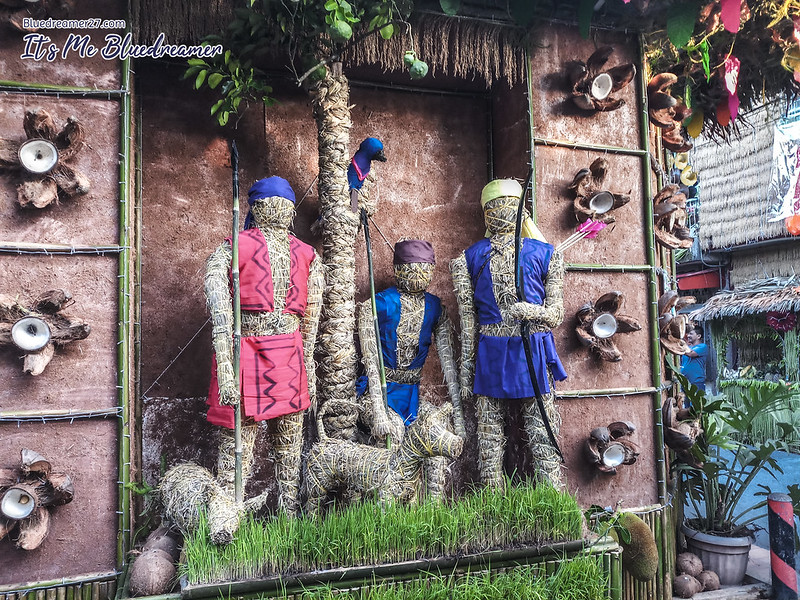 A decoration depicting the popular folklore. 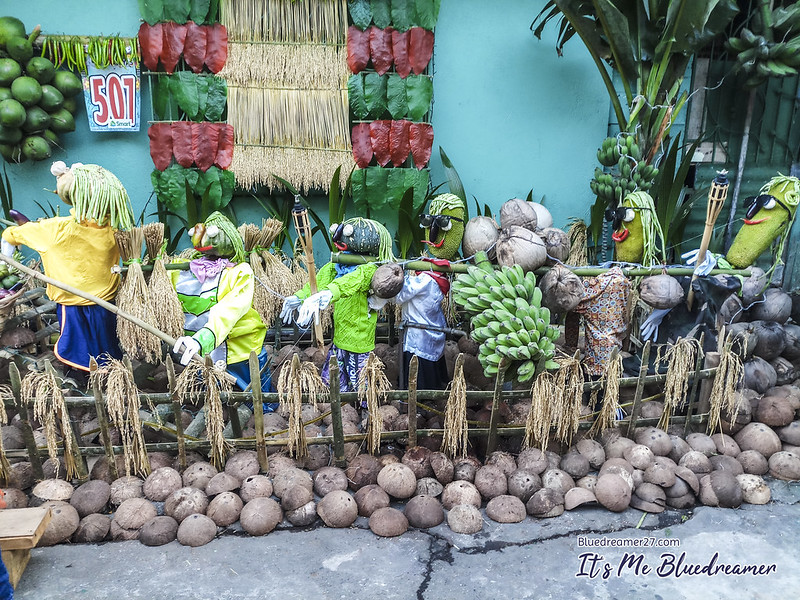 The first major festival in Lucban can be traced back in 1963 when the founder Fernando Cadalina Nanawa organized a huge festival in celebration of their Patron Saint. It was initially called the Lucban Arts for Commerce and Industry Festival which aims to promote the town’s tourism. 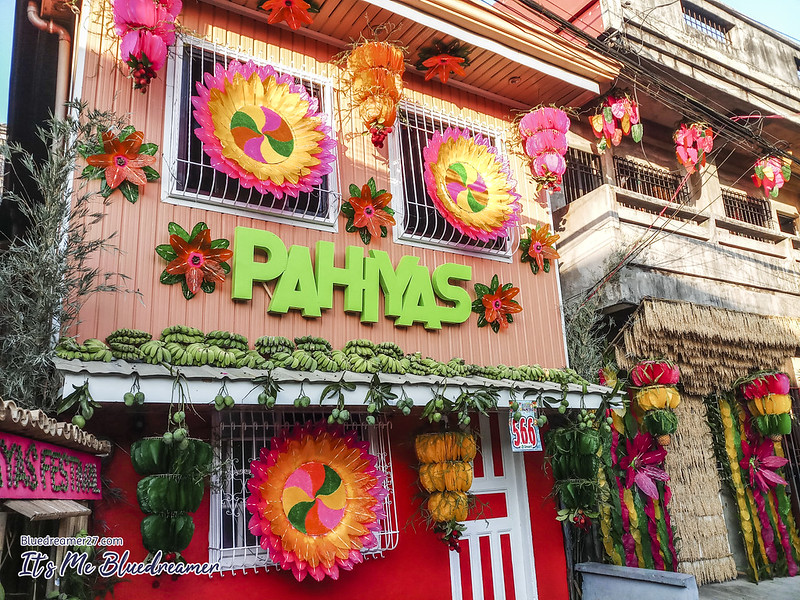 he festival includes street parades and exhibits showcasing Lucban’s popular products and of course, their rich harvests.  Nanawa is also the first one to use the term “Pahiyas” and it has become the term given to the festival since the early 70s. Pahiyas came from the local vernacular “Payas” which means to Decorate or decoration. 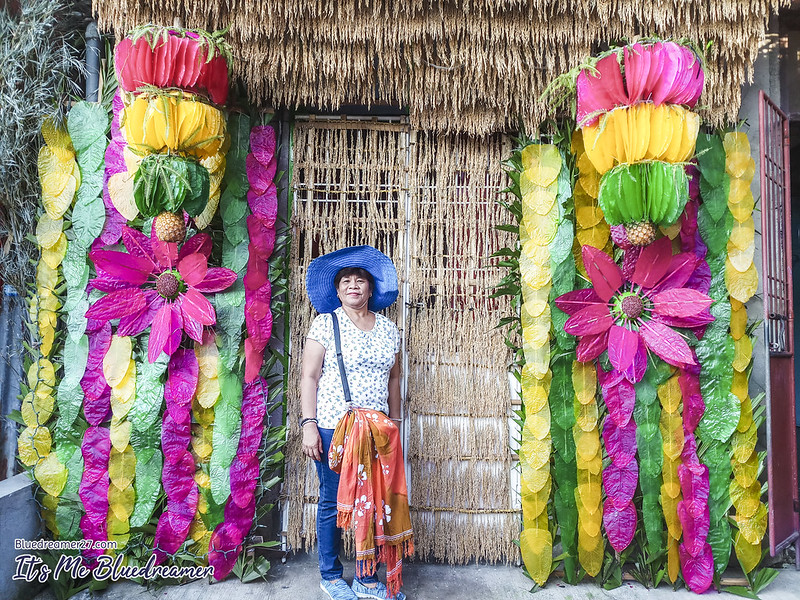 The festival has evolved over the years and decorating the facade of their houses with colorful fruits and vegetables has become an essential part of this yearly tradition. Much like the Panagbenga in Baguio, there is also a competition involved. However, in Lucban, instead of creating flamboyant and intricately designed floats, the locals of Lucban were encouraged to decorate the facade of their houses in full extent. 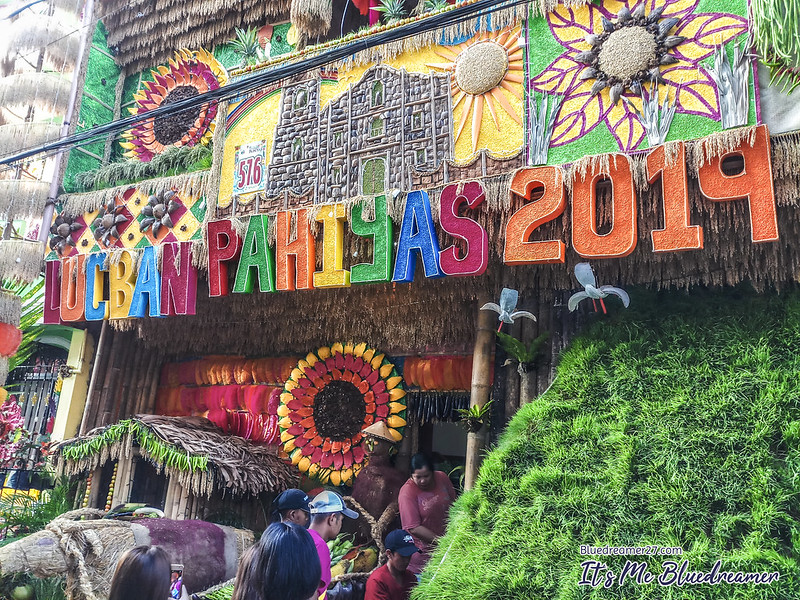 At the end of the festival, the sponsors will pick the house with the best “pahiyas“. It is very interesting to note that each house has their own gimmicks. The more gimmicks , the better. 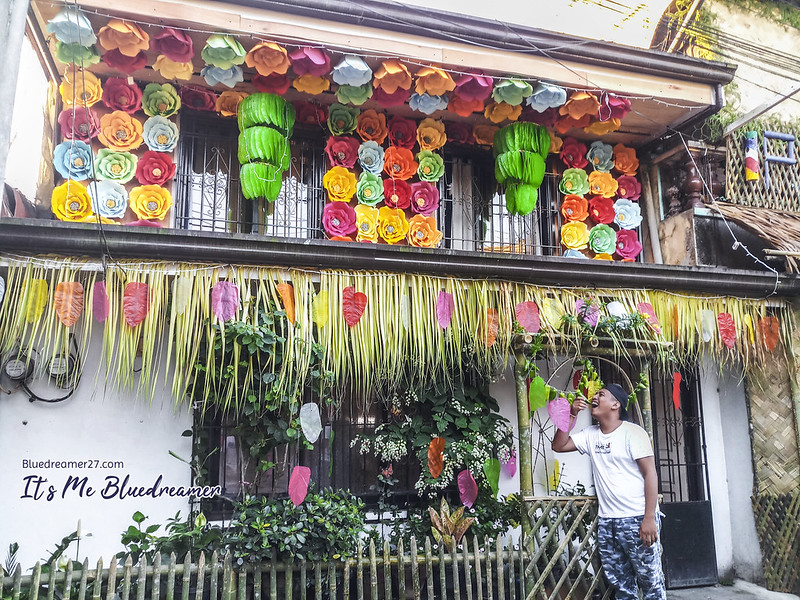 Pahiyas Festival will not be completed without this famous delicacy in Lucban, the Kiping! Kiping are brightly-colored, leaf-shaped wafer made of rice paste. It came from the word “Kipi” which means “to dried out”. These rice-based delicacy is an integral part of the Pahiyas Festival. It is used both as a decoration and of course as a sweet treat! 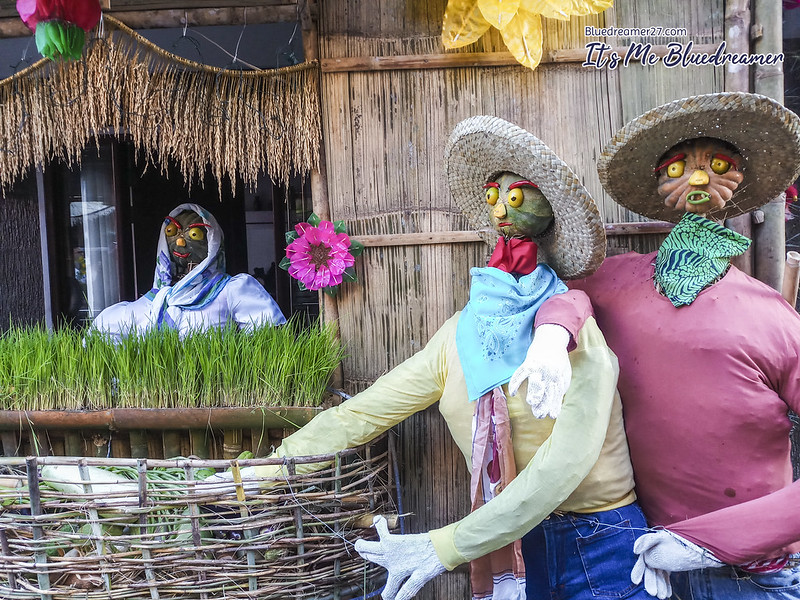 Every house is uniquely designed showcasing the best of their creativity. 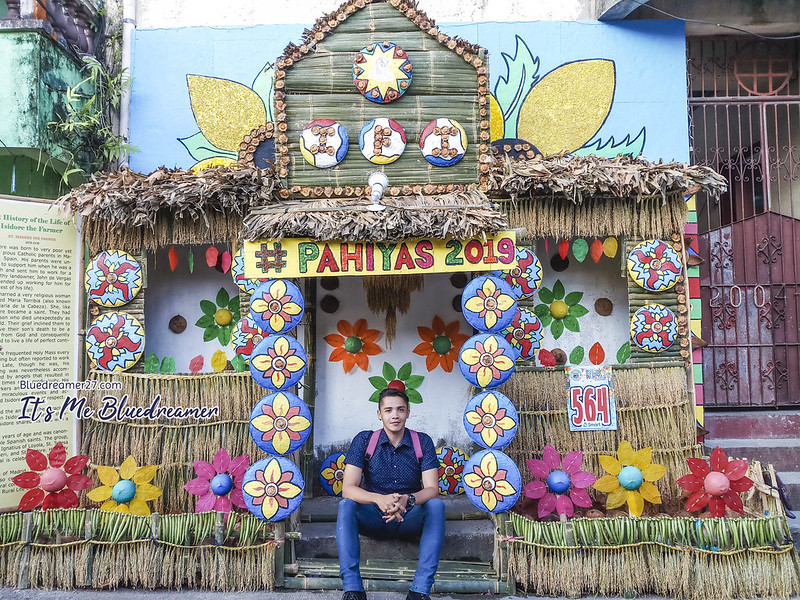 Every corner of the streets are absolutely picture worthy 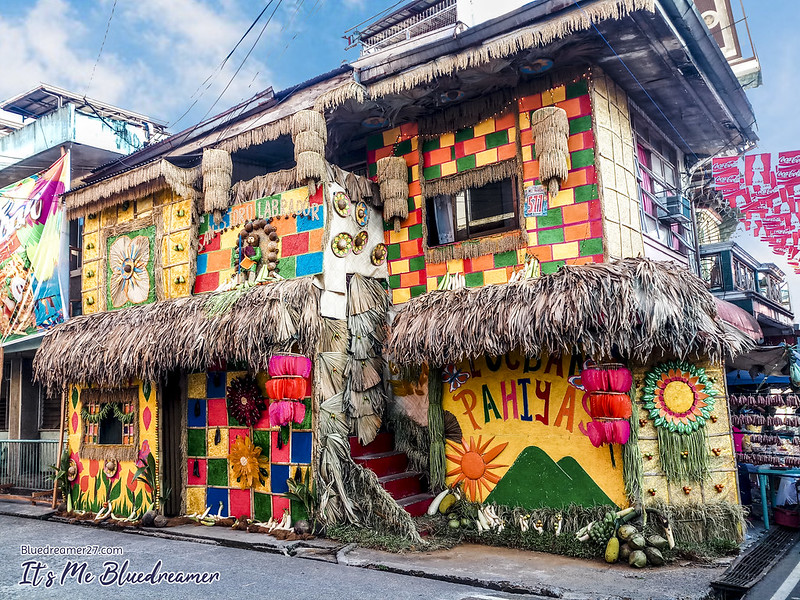 All houses are adorned with colorful kiping. 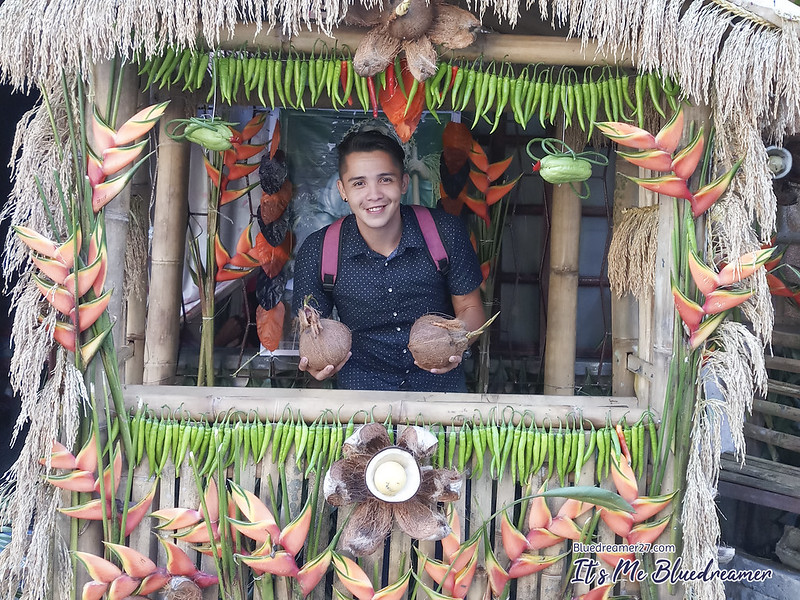 Some houses even have their own photo booths decorated with colorful crops! 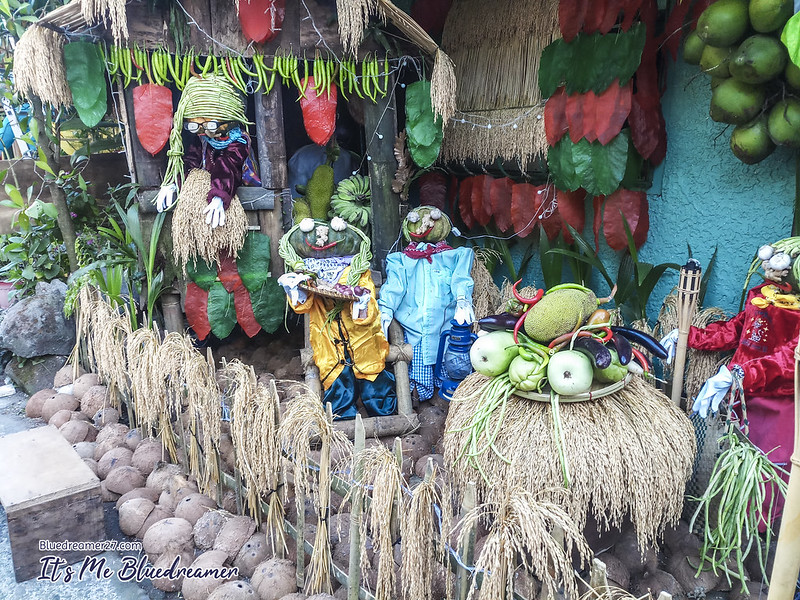 There were dioramas and effigies made from various vegetables! 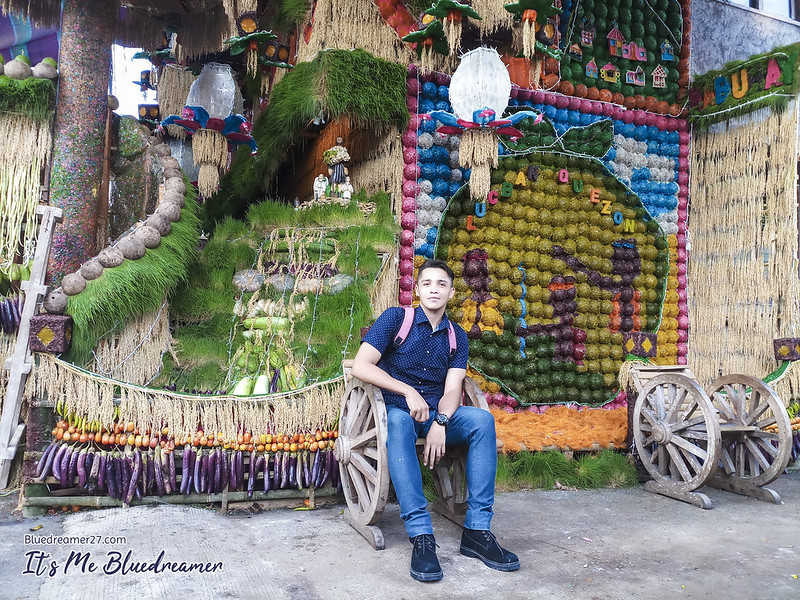 The streets can be very crowded so I suggests to visit the place as early as you can to avoid too much crowd and that means you do not have to queue just to get some photo opportunity. 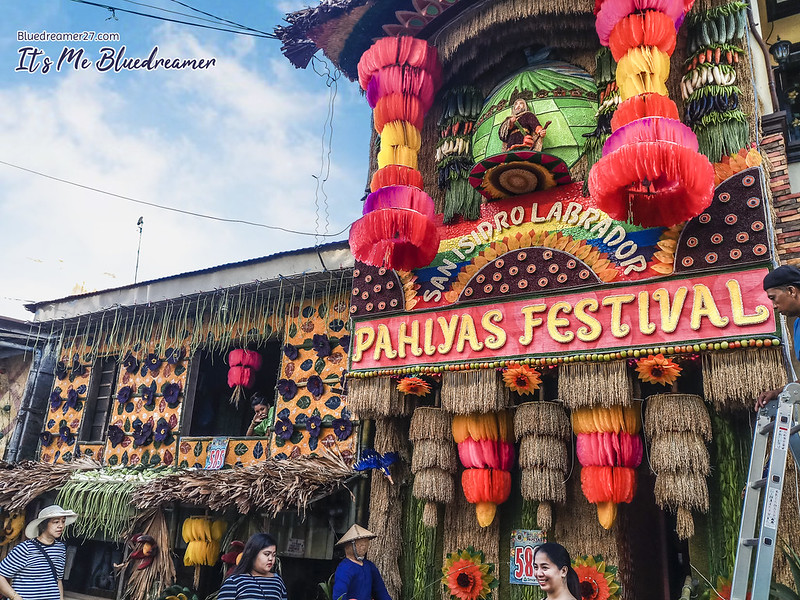 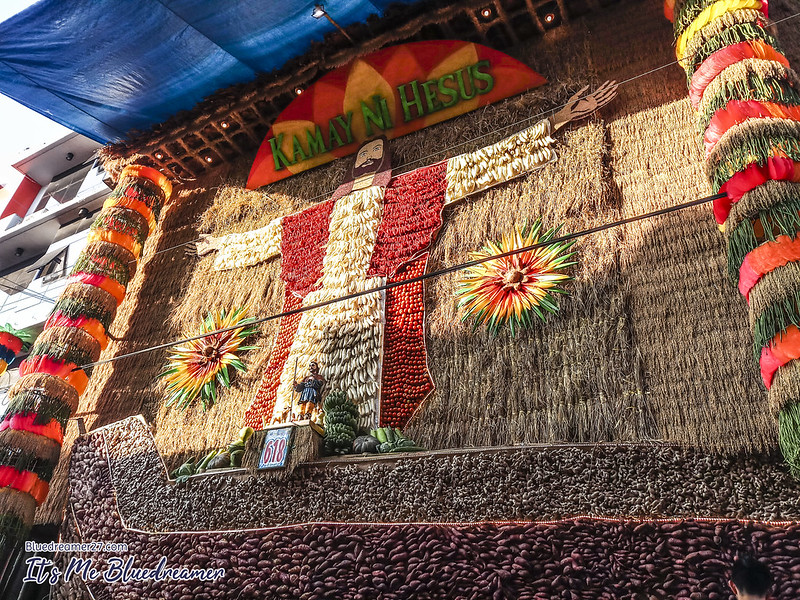 This is one of the biggest attractions this year in Pahiyas. It depicts images from another famous attraction in Lucban- the Kamay ni Hesus. 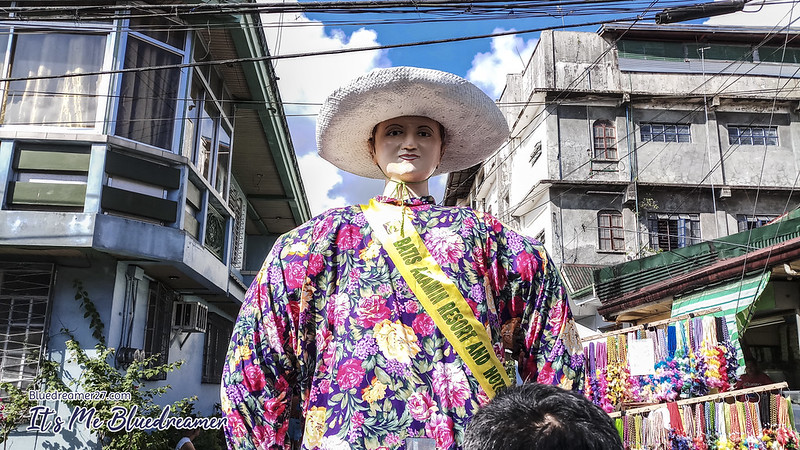 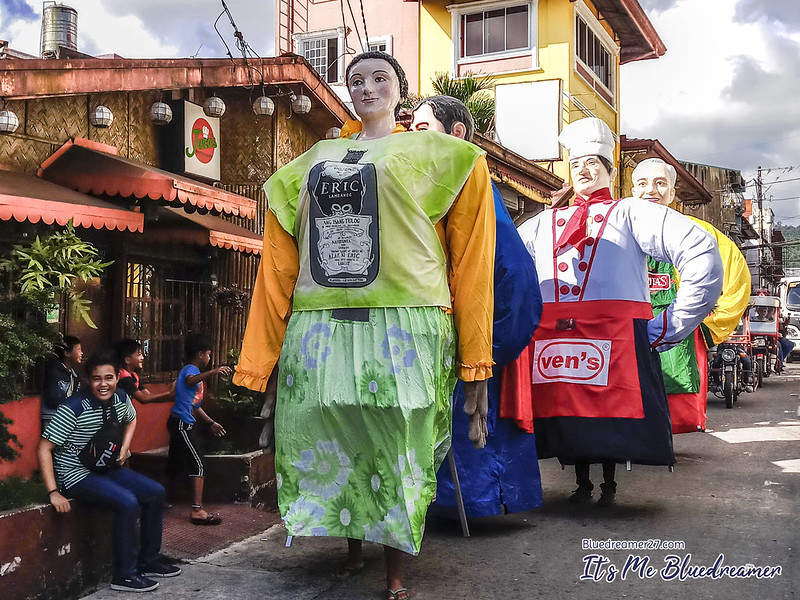 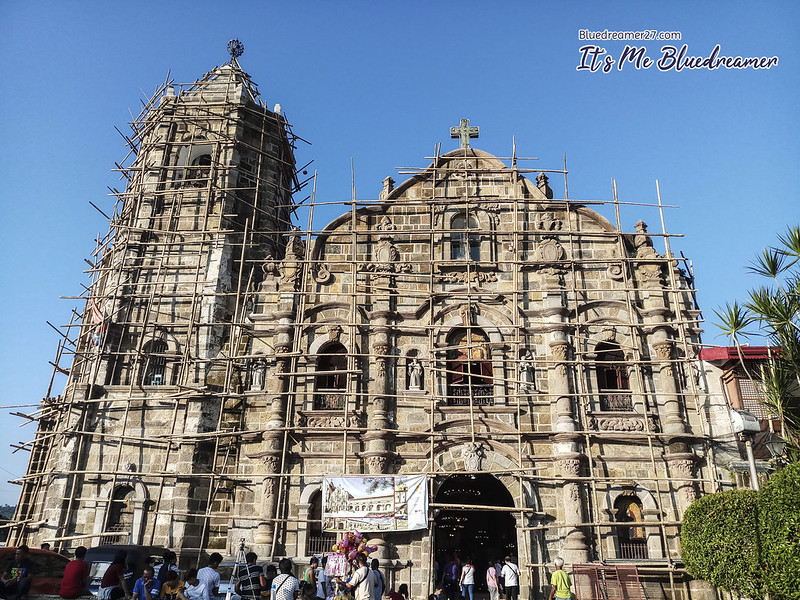 A visit to Lucban will not be completed without visiting the Lucban Church which is currently under massive restoration. 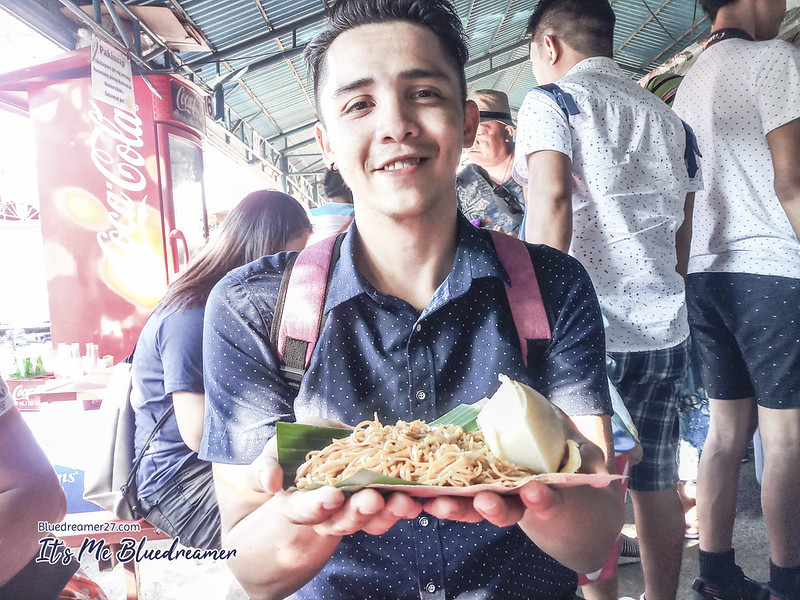 To complete your trip, don’t miss their famous Pancit Habhab. You should try to eat Habhab the local way and that means you should not use any fork or spoon and you just have to push the noodles to your mouth. 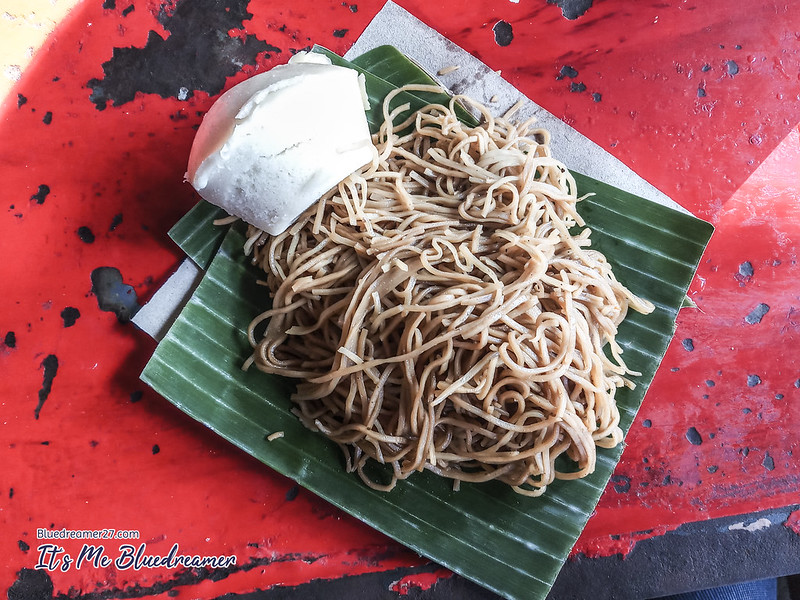 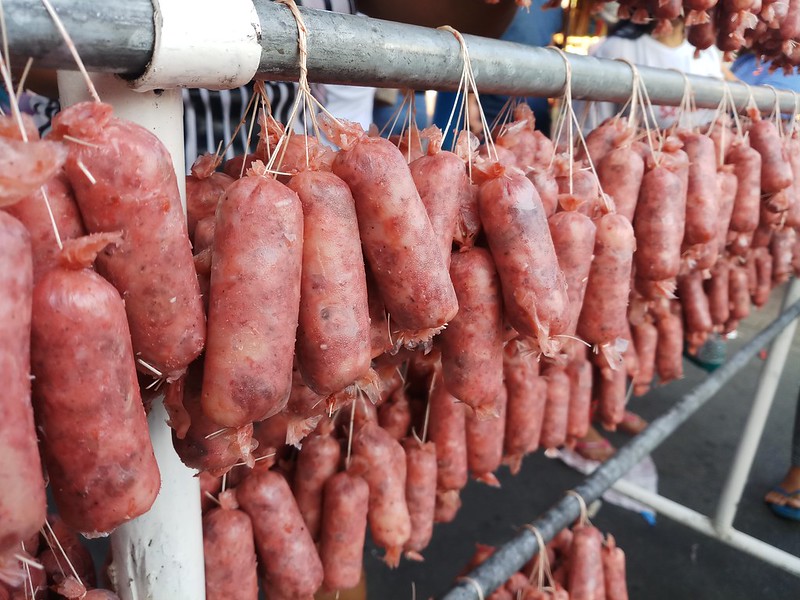 How about their famous Lucban Longanisa? 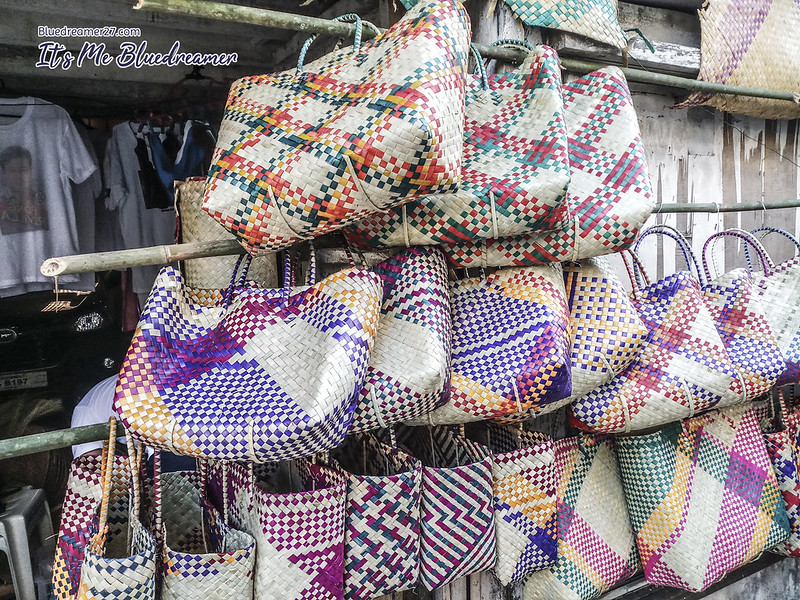 Or buy some of Lucban’s famous handicrafts – the Bayong!

Things You Should Know About Pahiyas Festival
►It’s an annual Festival celebrated every 15th of May in honor of San Isidro Labrador, the patron saint of farmers
►The Festival will start off with a special mass followed by a colorful procession
►Pahiyas came from the word “Payas” which means to decorate
►Some Lucban delicacies you should not miss ; Pinagong, Kiping, Puto Seko, Espasol, Hab Hab and Lucban Longanisa
►You should not miss their handicrafts too especially their Bayong

How to get to Lucban
►Whether it’s Pahiyas or not, Lucban is absolutely a town worth visiting. There are bus terminals in Araneta Center Cubao, EDSA Kamuning, Buendia and in Pasay with buses bound to Lucena or Sta Cruz. Either from Lucena City or Santa Cruz, you can just ride a jeepney that can take you to the town proper of Lucban. If you wish to visit Kamay Ni Hesus, there are tricycles that can take you directly to that pilgrim site too!

Where to Stay in Quezon?
►If you wish to stay in Quezon for a day or two, here are the list of affordable hotels in Quezon as suggested by TravelBookPH. Booking for hotel during such peak occasion is quite a challenge so I highly suggest to book your hotels ahead of time!

I’m going to share more about our side trips in my future entries including my third visit in Kamay Ni Hesus and the relaxing tour in Dalitiwan Resort in Majayjay Laguna.

What weapon did Andres Bonifacio used during the Revolution? Did he used a revolver or a bolo (machete-like weapon)? Or maybe he used both much like how the hero is

For someone who is looking for a very affordable, nature-friendly resort in Cavite, then you might consider dropping by at Hardin ng Postema Resort in the town of Tanza. We