Remember that Pinoy horror movie in 2004 , Spirit of the Glass starring Rica Paralejo, Ding Dong Dantes and more? Well, after 13 years, who would have thought that Director Jose Javier Reyes will eventually decide to make a remake but this time in a modern approach that most millennials can relate with. Interestingly, Spirit of the Glass 2, unlike its predecessor,  is not an entry for Metro Manila Film Festival but instead , it will be a Halloween movie which will initiate what Director Jose Javier Reyes referred to us as the “Scream Fest” since it will be shown in November 1 along with another horror movie by Chito Roño ~ The Ghost Brides starring Kim Chui. 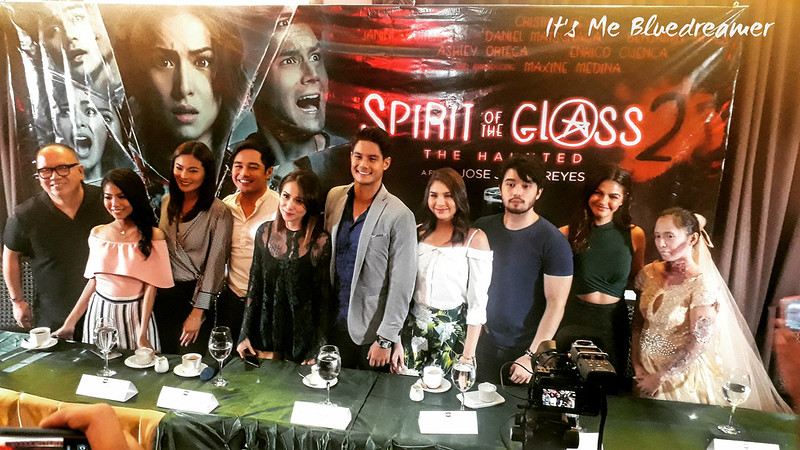 Spirit of the Glass 2 : The Haunted follows the story of three friends Bea (played by Cristine Reyes) who’s a lifestyle editor, Lisette (Ashley Ortega) , a famous young celebrity and Chelsea (played by Bb. Pilipinas-Universe 2016 Maxine Medina) who is a popular model. Their influence on social media is the reason why they are called as the “Instaglams”. Despite the popularity , they still consider themselves unsuccessful in their respective fields. Their lives however suddenly changed after playing the antique quija board that Bea inherited from her grand aunt. They woke up a spirit (portrayed by Janine Guitierez) who asked for their help but it seems like it turned the other way around.

Knowing that the movie will follow the same structure with the original Spirit of the Glass movie, this remake, much like every typical Filipino horror movies will offer a lot of jump scare moments rather than being a slasher or a mixture of both. Given that the original movie was released more than a decade ago, the remake will feature more enhanced CGI effects for better viewing experience and more realistic execution. 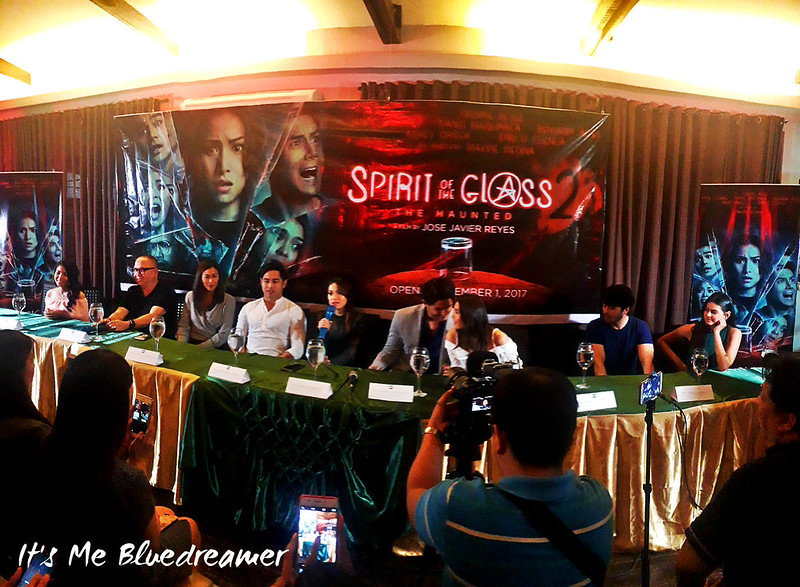 ►Cristine Reyes already played a real Quija Board with her friends during her childhood
►Janine Gutierrez’ character is an actress from the 60s and they had to appropriately make her look that she belongs with that particular period. She resembles her lola Pilita.
►The Quija Board used in the movie is made from a slice of Molave Tree
►Spirit of the Glass 2 : The Haunted will be Maxine Medina’s very first movie
►Prior to his successful Jollibee commercial, Enrico Cuenca already has a background in Film making and acting
►Enrico Cuenca‘s first job was an online blogger
►Direk Jose Javier still has the original Quija board from the first movie and is currently displayed in his house. His planning to turn the Molave quija board into a coffee table.
►This is Janine’s third horror movie to date
►The shoot the movie in the original Sampaguita Pictures studio
►Director Joey Javier praised Janine Gutierrez and Teri Malvar’s acting skills in this movie

Spirit of the Glass 2: The Haunted will be showing on theaters this coming November 1, 2017

Cheers! AXN takes top spot as the #1 international channel in the Philippines, Malaysia, and Singapore collectively collectively during the show’s debut on Thursday, October 12, 2017 at 8:30pm! It’s

Sorry for the late update! I just got so busy lately but it’s better late than never right? I’m taking you back to the recently held Cosplay Mania 2016. Interestingly,

Time really run out so fast and I just can’t imagine how many things have changed today! It seems that it was just yesterday when i am playing with Michelle,