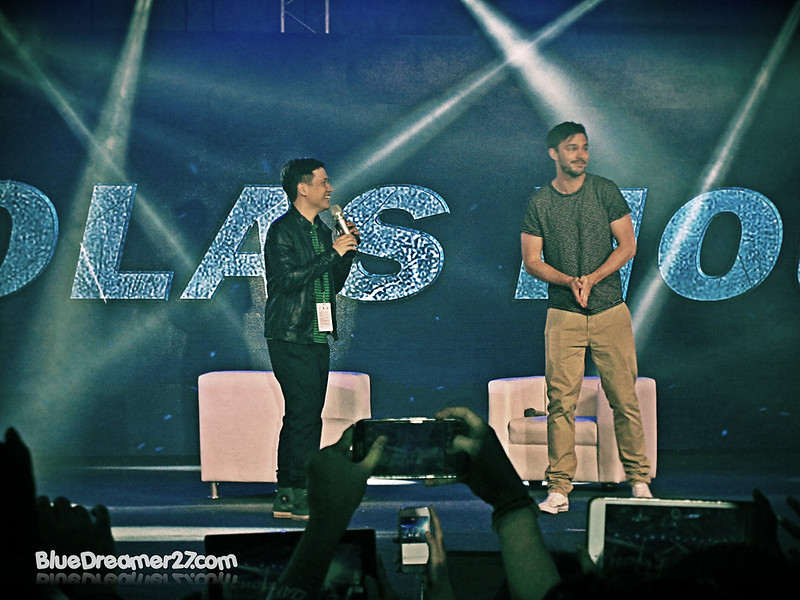 We are just few days away from the much awaited biggest convention of the year! Asia Pop Comicon is finally back and this time, they will offer bigger and grander surprises for everyone. I’m sure most of you have brought a ticket already but before we get more details about this highly anticipated event, let us take a quick recap and revisit  last year’s Asia Pop Comicon!  It was actually my first Asia Pop Comicon experience. They had a successful debut last 2015 and this year marks their third annual convention. AsiaPOP Comicon Manila is now considered as one of the biggest annual comic and pop culture convention in the Philippines.  It is all about everything actually! The event features a list of high profile Hollywood and International celebrities, a line up of amazing Pinoy and International artists, cosplayers, otakus and social media influencers! There was an overwhelming amount of worth-seeing exhibits too! 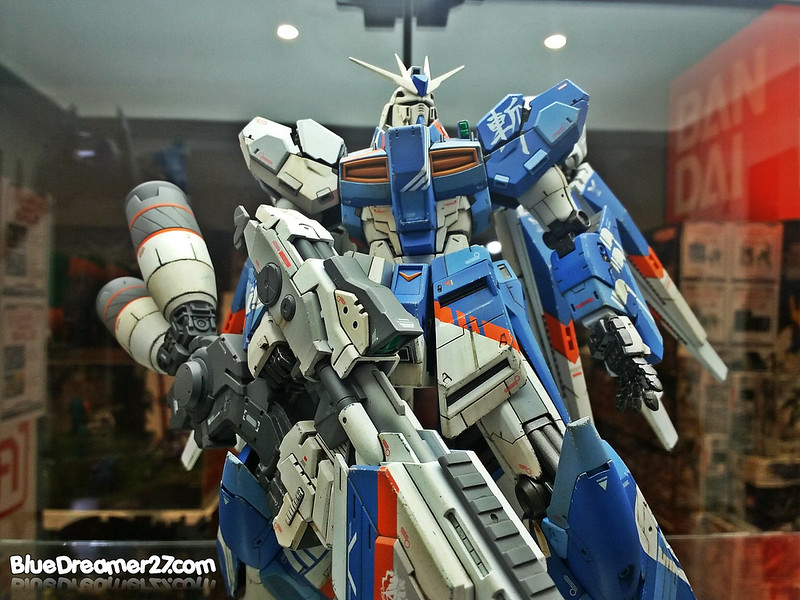 AMAZING BOOTHS!
There were so many amazing exhibitors and interactive booths last year that I even came up with my own list of 20 Most Amazing Booths from Asia Pop Comicon 2016. Those old timer and well-established exhibitors that we commonly found in almost every convention were present in the event including Bandai,  Maxi Collector, Gaming Library, LEGO, Hot Toys and more. Walking Dead Booth is certainly a crowd pleaser while Star Wars Fans got a special treat from Fightsaber Philippines. The King of Komiks and Philippine National Artist Francisco Coching also got a special tribute too. The booth will showcase some of the late artist’s artworks and his National Artist Medal. This also coincides with the launch of the new Pedro Penduko graphic novel. It was announced during the HistoryCon that the novel will be adapted into movie and James Reid will play the iconic hero. 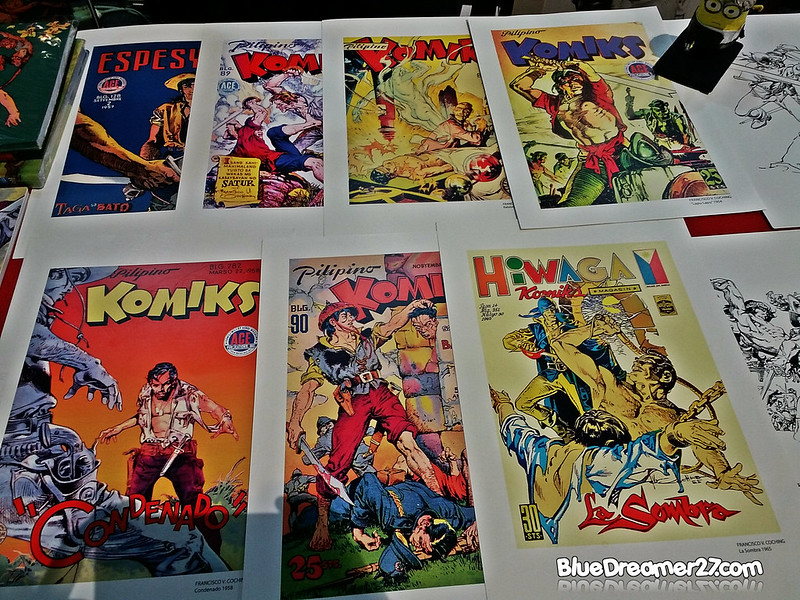 LOCAL COMICS
Aside from showcasing toys, Asia Pop Comicon has become a platform for our local artists to showcase their masterpiece. They are not going to call it “Comicon” for no reason after all. The event will not just gather geeky fans but they also give some of our own comic artists to showcase their crafts! Some of local artists featured last year includes Paolo Herras (Strange Natives, Sumpa), Agila Comics by  JC Panlilio with visuals from JV Fuentecilla and Aljon Perdon, Rico Rival and Dante Acuña and Pedro Penduko Graphic novel by Regene Estolan and visuals by Jerome Jagonia. The event also invited some internationally acclaimed comic artists such as Billy Tan, Jason Palmer, Ken Lashley, Mike Zeck, and Whilce Portacio (Creator of X-men’s Bishop). 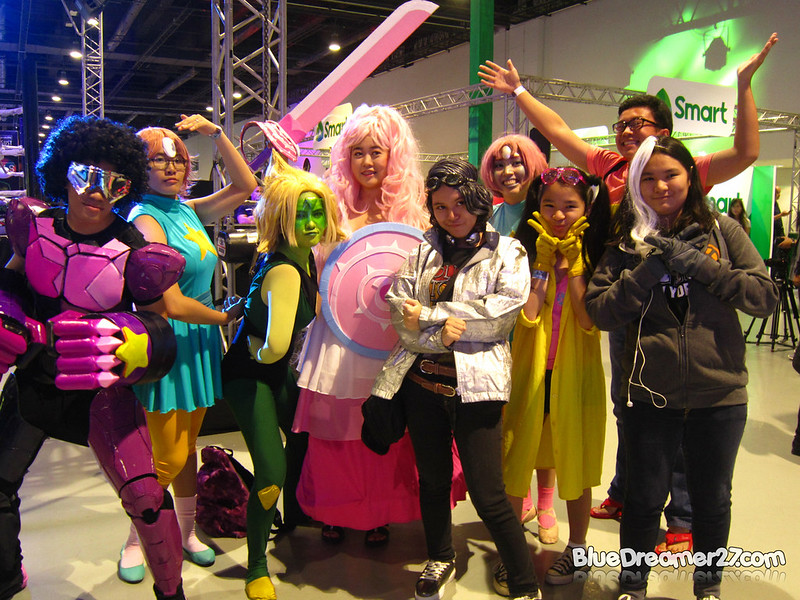 COSPLAYS
Of course, this convention will not be completed without the presence of cosplayers! X-men and Star Wars both dominated last year’s Asia Pop! There’s also a Cosplay Panel Session where they invited local and international cosplayers to join the stage including Myrtle, Alodia Gosiengfiao  and other highly profiled Cosplayers including Riki Lecotey “Riddle”, Ani Mia and Yugana Senshi Uron. They entertained questions from their beloved fans. I personally enjoyed Yugana’s presence in the said session and how she add humor in all her answers.  Interestingly, they also included a Beauty Panel Session which featured beauty bloggers/ vloggers Say Tioco and the stylish sisters Vern and Verniece Enciso. Cosplay Authority Global Challenge or (CAGE) is also one of the event’s main highlights. It was basically a cosplay competition divided into different categories. 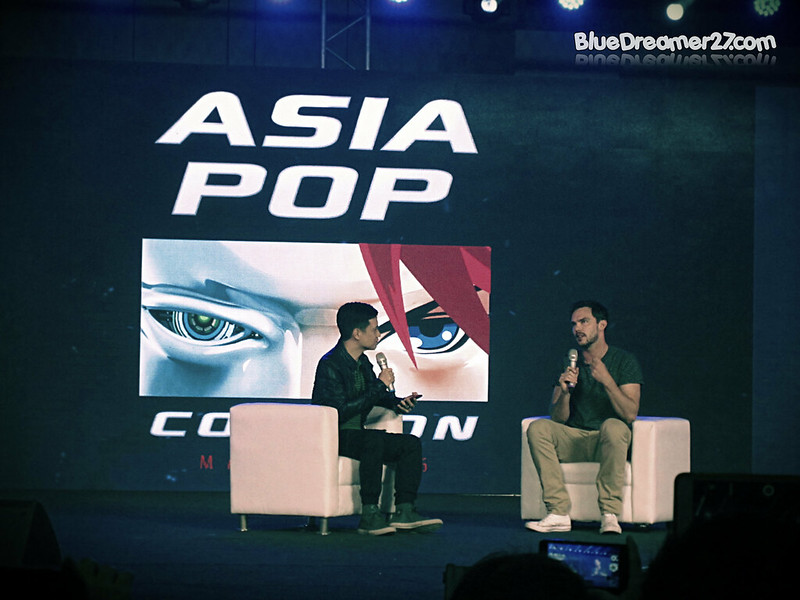 INTERNATIONAL GUESTS and HALL M
What really makes AsiaPop Comicon stands out above the rest of the conventions in the Philippines is the fact that it brings international celebrities in Manila to join with their pinoy fans. Last year, they brought celebrities like Nicholas Hoult (Beast of X-Men, “Nux” in Mad Max : Fury Road  and Warm Bodies), Joe Dempsie (Game of Thrones), Milly Bobby Brown (Stanger Things) and Claire Holt (The Originals and Vampire Diaries). The so-called “Hall M” was also a highlight in last year’s event. It is the first ever exclusive Marvel Showcase which is limited only for the first 1000 APCC Attendees who will register. So unfortunately, i wasn’t able to make the cut but this HALL M showcased some never before seen Marvel Clips, extended Trailers and some other surprises which are not to be disclosed. 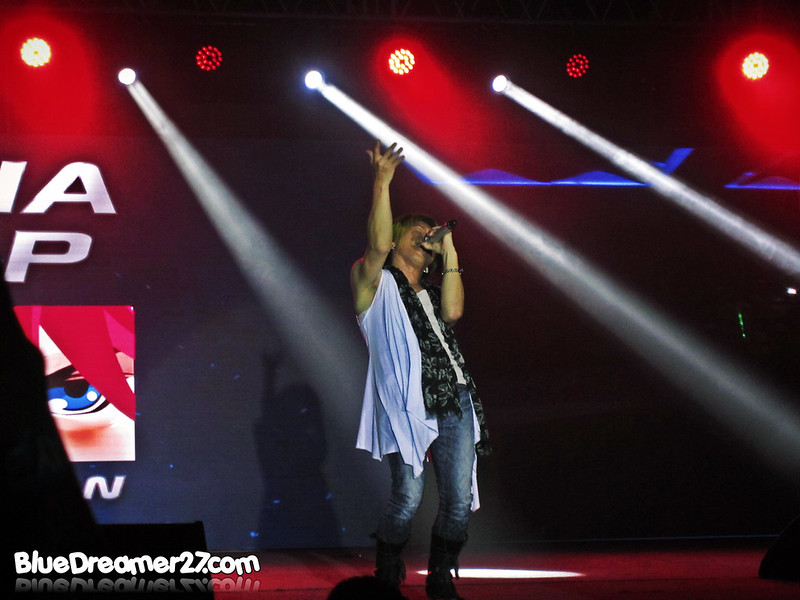 But did you know who among the celebrity guests made my Asia Pop Comicon 2016 experience extra special? It’s Hiroshi Kitadani who is best known for some anime songs including “We Are” , the opening song for One Piece! You have no idea how much I got thrilled when he sang the song live! I was just two rows away from the concert stage and the feeling was really overwhelming!

Serena Kozuki will also grace the stage to perform some of her greatest hits including the song “Shake the DiCE” which is the ending song of OVA 4 / 2016 (“No need for Tenchi”), of “Tenchi Muyo! Ryo Ohki”, a popular Japanese Anime, light novel and manga franchise.

The CAGE will also return  to Asia Pop in which different cosplayers around the country will compete for the prize totaling to US$18,000!!! The panel of judges will be lead by Alodia Gosiengfiao, Haiden Hazard, Jin, Myrtle Sarrosa, Philip Odango and Pion Kim.

I’m not sure if there will be another HALL M this year but that would be more exciting!

As for the tickets, here are this year’s pricing

Meet and Greet, Photo Opps and Autographs have separate pricing. Check the rates below

If you are lucky, you might still be able to avail this bundle package below 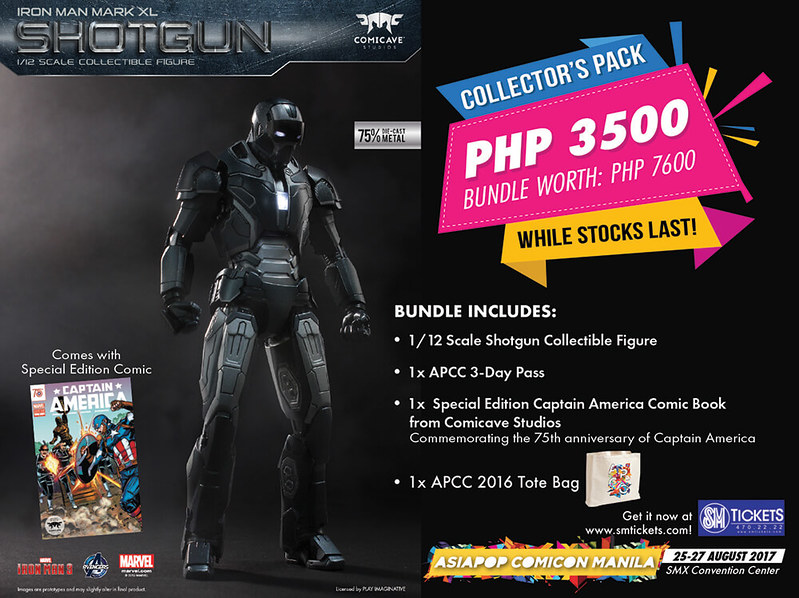 So what do you think about this year’s Asia Pop Comicon? I might do a cosplay this year but I’m not yet sure haha.

Finally! I was able to make it! Last year was a big hit and I am glad that AsiaPOP Comicon Manila was back for another year and I really had

One year ago, the world was shocked after the Ondoy hits the Philippines causing a lot of damages and fatalities. It is quite horrifying to remember all that tragic event

June is a very special month for Cavite City because this is the month when Regada Water Festival is being celebrated. It is actually a month long celebration but the