After that quick event in Robinsons Place in General Trias Cavite, I decided to visit the Saint Francis of Assisi Parish which is just one ride away from the mall. The last time I visited the church was in August as part of our Western Cavite Pilgrimage tour along with my Junior Legionaries. It was our last destination but we didn’t get enough time to explore the church because we had to leave early. 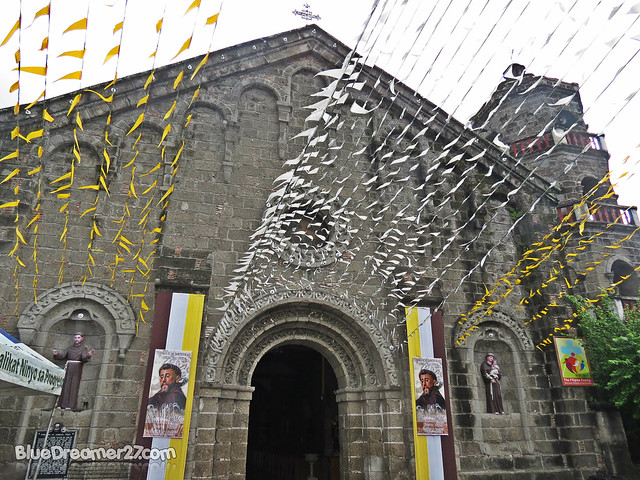 Since I have enough time before my next event, I decided to drop by to, once again, witness the beauty of this old church in General Trias, Cavite. The church is located just beside the town plaza. History wise, the first church in General Trias was established under the Franciscan orders in 1611 and it was just a subparish of Kawit Cavite (formerly known as Cavite Viejo). It was soon transferred under the Jesuits in 1624. In 1753, Saint Francis of Assisi Parish became a separate parish and the first stone church was erected in 1769. 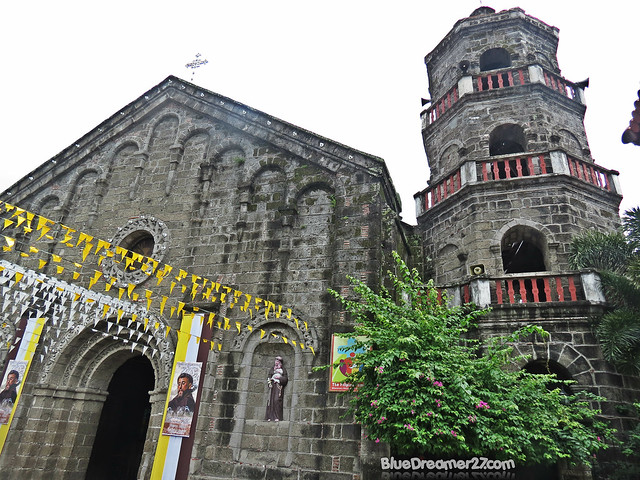 Much like any other old church, the Saint Francis Of Assisi or more commonly known as General Trias Church underwent through many renovation and restoration after it suffered greatly from earthquakes. The church had its last restoration in 1991 where they brought the church back to its former glory by retrieving its original look. 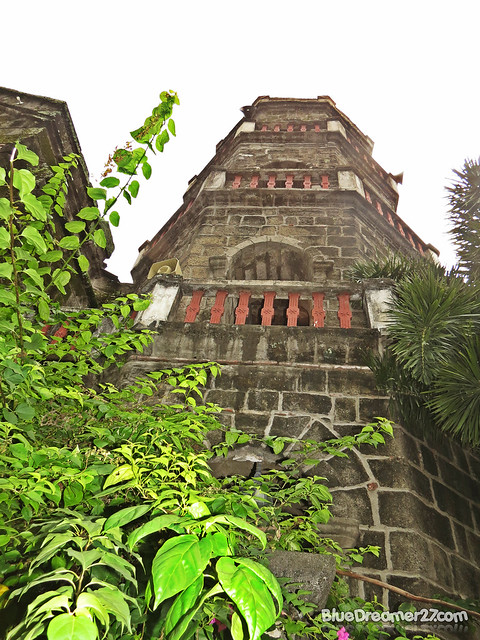 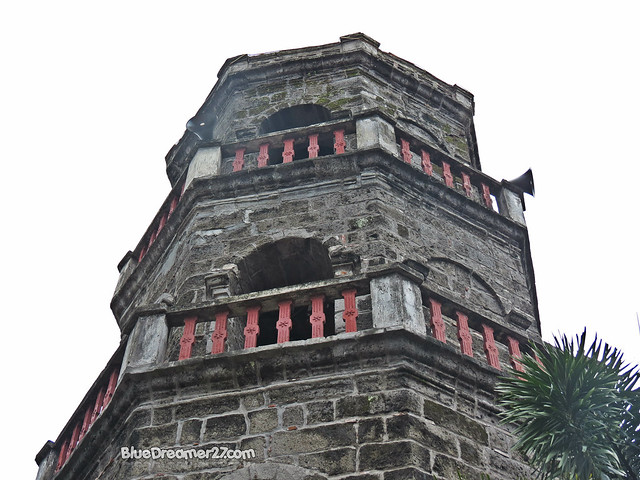 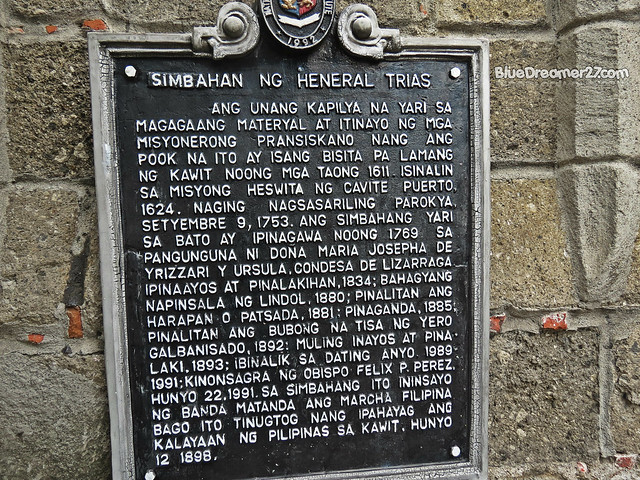 The historical marker placed near the front door. 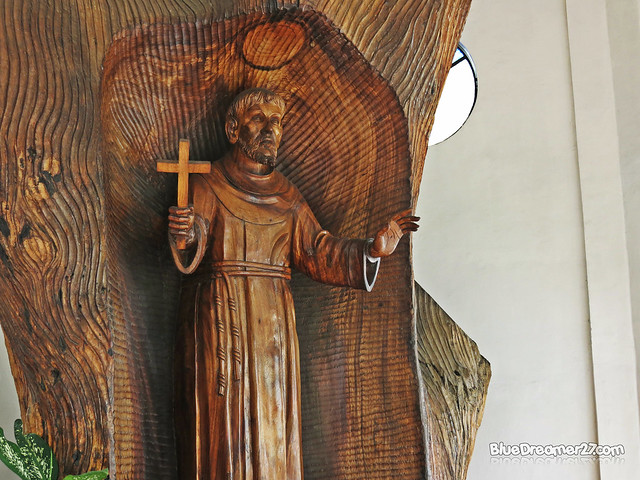 In front of the church, you’ll find a small building that is almost identical to building that houses the Magellan’s Cross in Cebu. This building houses a sculpted image of Saint Francis of Assisi from a century old Acacia tree. According to the history, the tree was planted by General Mariano Trias (the first elected Vice President of our Country) and Artemio Ricarte during the Spanish era (You can Check more about General Mariano Trias and the Tejeros Convention here). 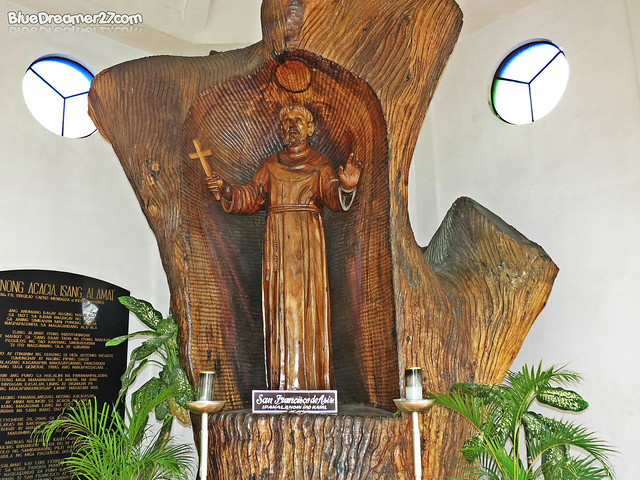 The Acacia tree , however was uprooted by the Typhoon Milenio in 2006 and the sculpture was carved by the artisans from Paete. 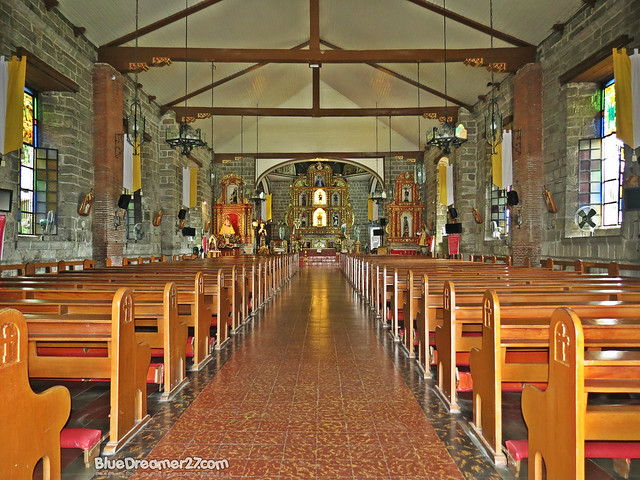 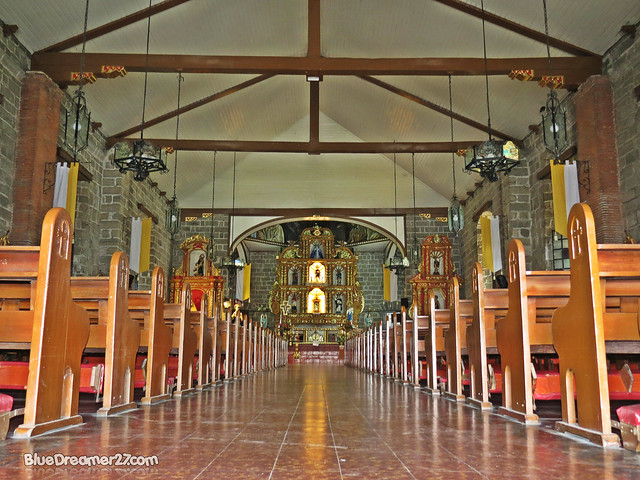 The church’s nave. The General Trias Church has an Earthquake Baroque style which is seemingly very common in most churches in the province. You can see the thick walls and buttresses outside while the ceiling has exposed beams and are seemingly made from lighter materials much like what we have seen in Maragondon Church and Imus Cathedral. 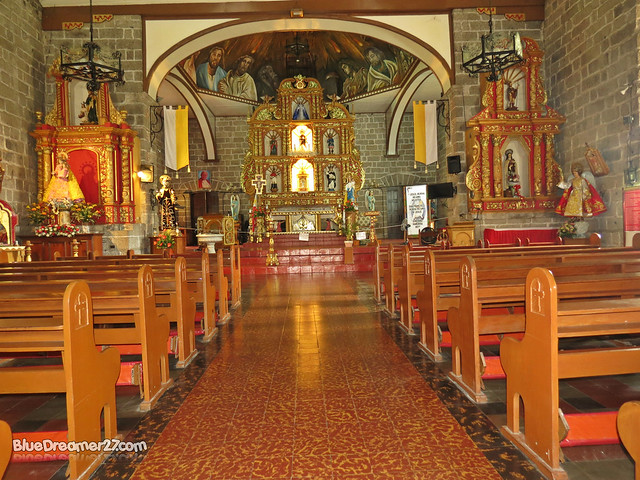 The closer look to the altar and the two sanctuaries on both sides. 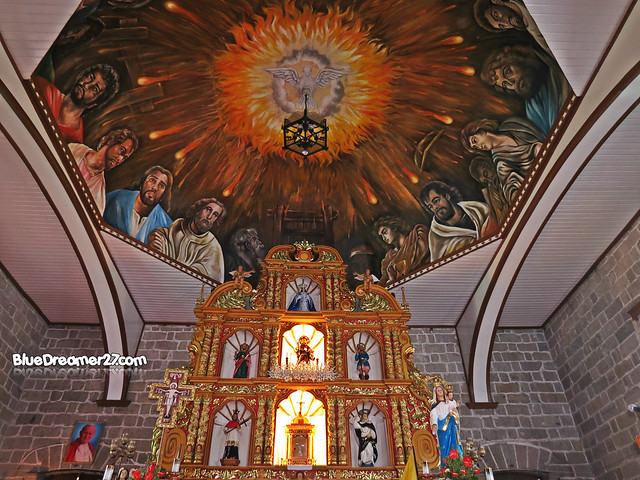 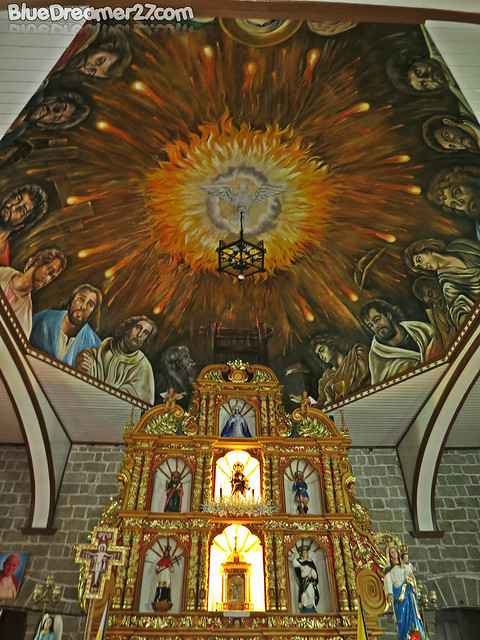 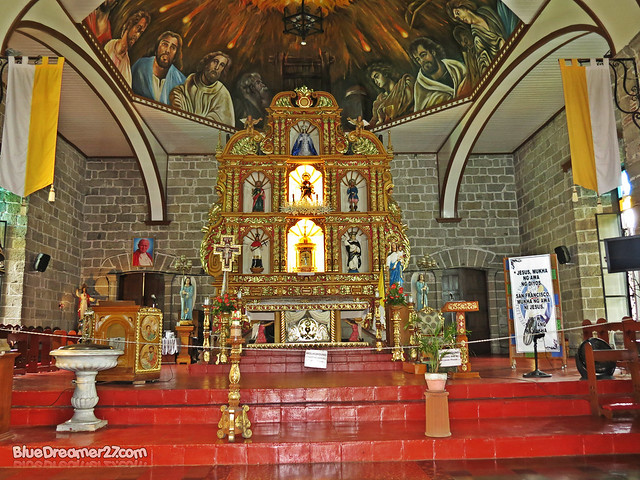 I finally had the chance to view the ceiling in closer distance because the last time we went here, there was a novena mass on-going. 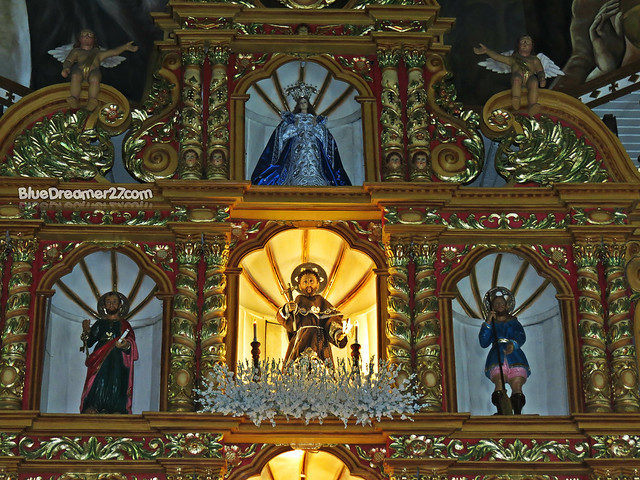 The closer look of the altar 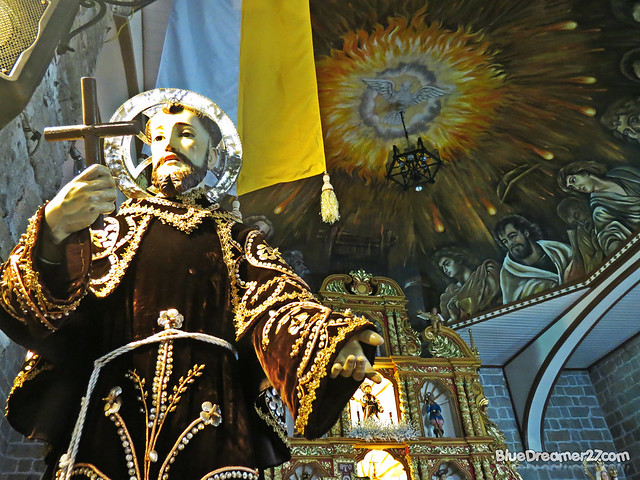 The image of Saint Francis of Assisi! The church recently celebrated their feast day! 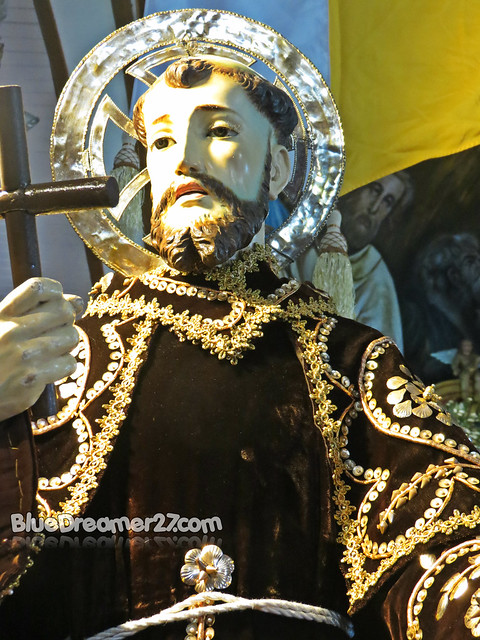 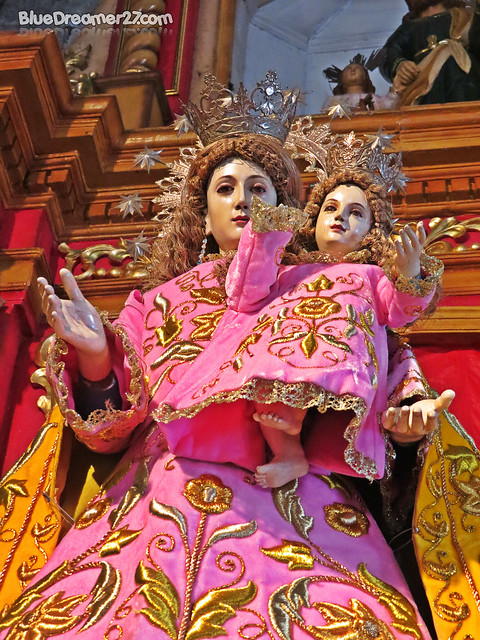 On the santuary, you’ll find the image of Nuestra Señora Del Pilar De Malabon (Our Lady of the Pillar of Malabon) 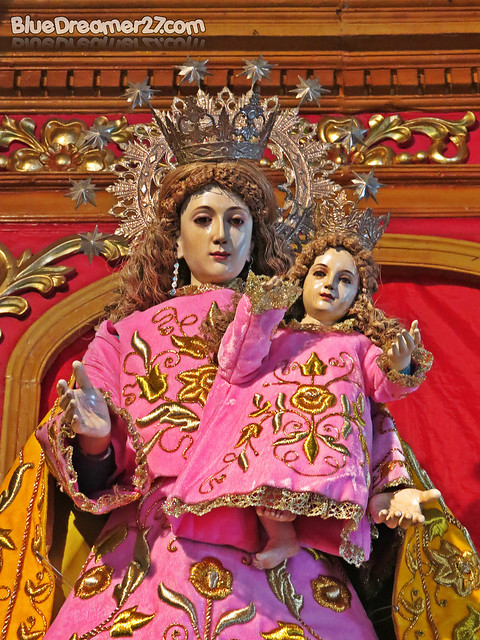 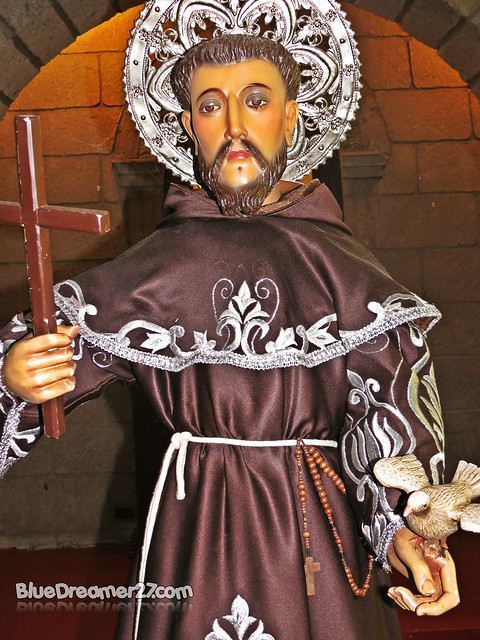 Saint Francis of Assisi as soon from their Chapel of saints 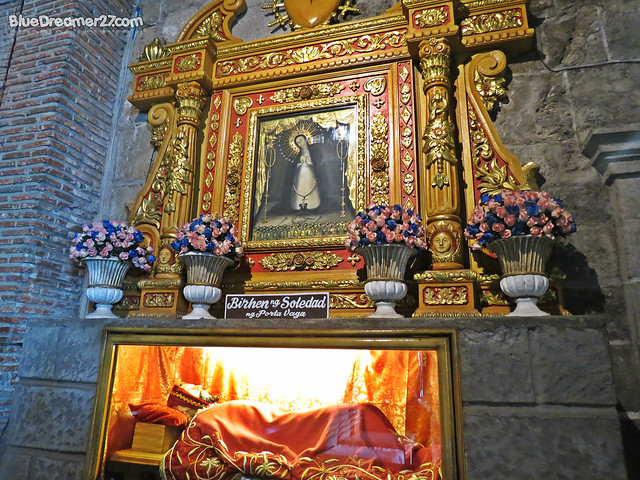 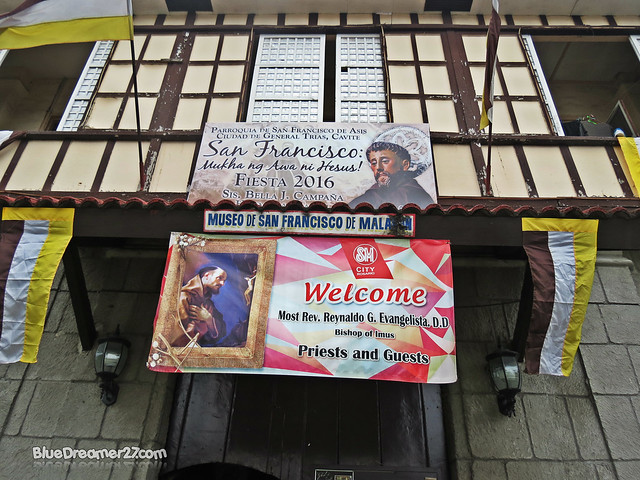 It is also interesting to note that the church is located adjacent to a convent which also houses a museum. The convent has huge historical significant because this is the site where Banda Matanda, a local marching band practiced the Marcha Filipina, the music of the Philippine national anthem, before they performed the march during the Philippine Declaration of Independence from Spain on June 12, 1898 in Kawit, Cavite. (Feel free to check – Museo De San Francisco de Malabon, The Porziuncola-Inspired Adoration Chapel and the Historical Acacia Tree) 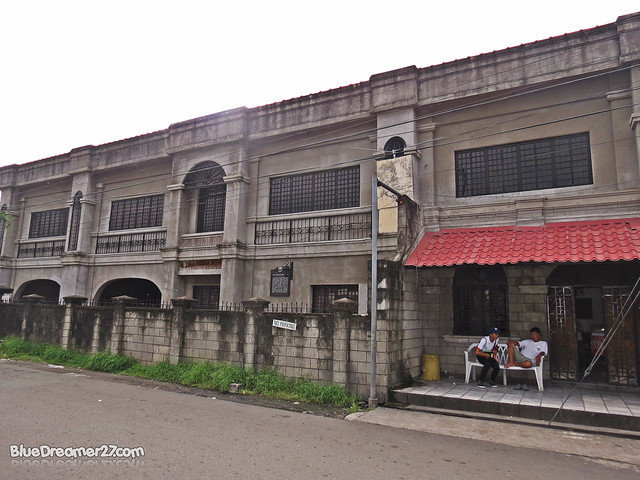 Not too far from the Church, you’ll find another historically significant building. 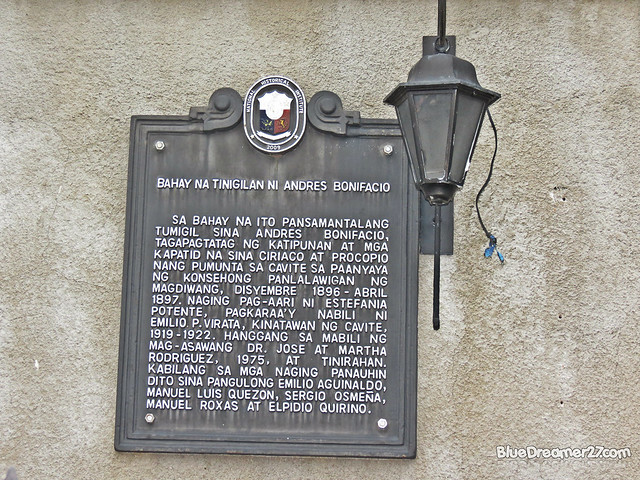 Although now privately owned, you can still see the historical marker placed outside. According to the marker, Andres Bonifacio and his brothers stayed here. 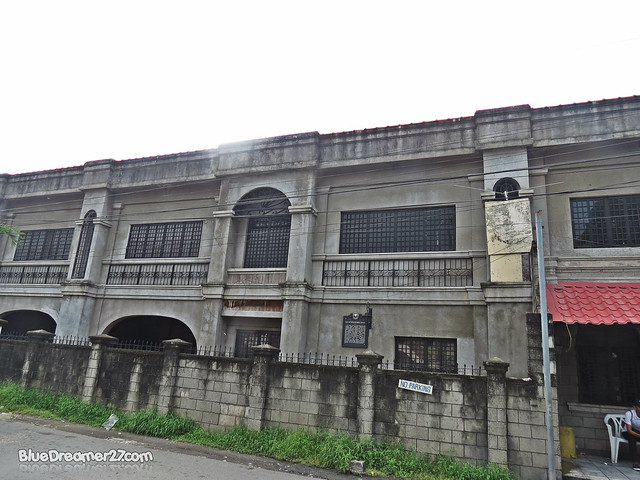 It was no longer accessible from public viewing. 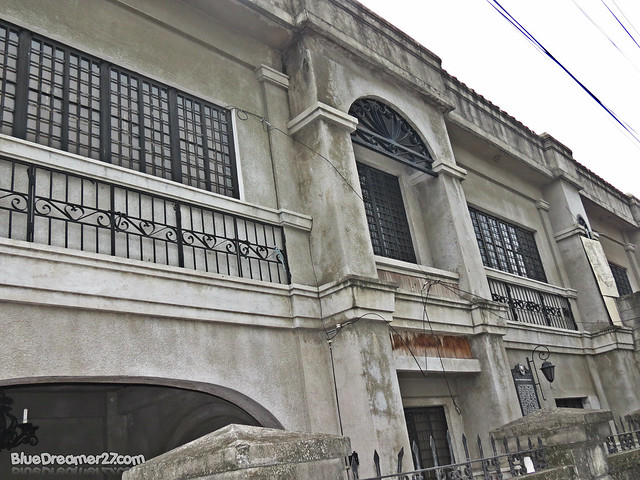 Although renovated, the building has this ancestral-house (bahay na bato) inspired design still but with a modern touch.

From Baclaran or Coastal Mall, you can take those mini buses or Transit bus bound to Naic, Rosario (Salinas) , Ternate or Maragondon. Tell the driver to drop you off at Rosario (Salinas). From there, you can take jeepneys bound to General Trias (locals used to call the town as Malabon). Just tell them to drop you off at the plaza or you can tell them to drop you at Malabon Church / General Trias Church. The place can be noticed easily. It is also located near a public school.

Visita Iglesia is one of the traditional religious activity done by Filipinos every Lenten season especially during the Holy Week (particularly done every Maundy Thursday or Good Friday). Visita Iglesia is 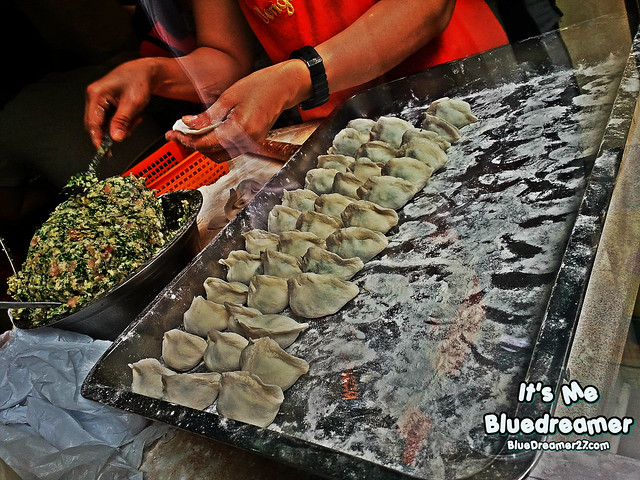 After those fun activities we had in Lucky China Town, we headed back to Ongpin to find the famous Dong Bei Dumplings. It is part of the Binondo Food Wok