Romantic Attractions in New York That Every Couple Should Not Miss!

New York City is definitely one of the places on earth that you should never miss to visit! The place that most people used to refer as “the city that never sleeps” offers more than just a night life.

In fact, the city alone has so many great and romantic attractions to offer making it an ideal honeymoon destination. Whether you want to witness a one-of-a-kind entertainment, explore those visually striking landmarks, embrace the rich culture and history or simply to enjoy those relaxing green spaces like the Central Park, name it! New York City has them all!

If you are a newlywed planning for an unforgettable honeymoon or just a couple looking for one romantic vacation, New York is definitely a great choice. Listed below are few of the most romantic attractions in New York City that every couple should not miss! You might consider these places on top of your itinerary before booking your flight! Let’s start shall we? 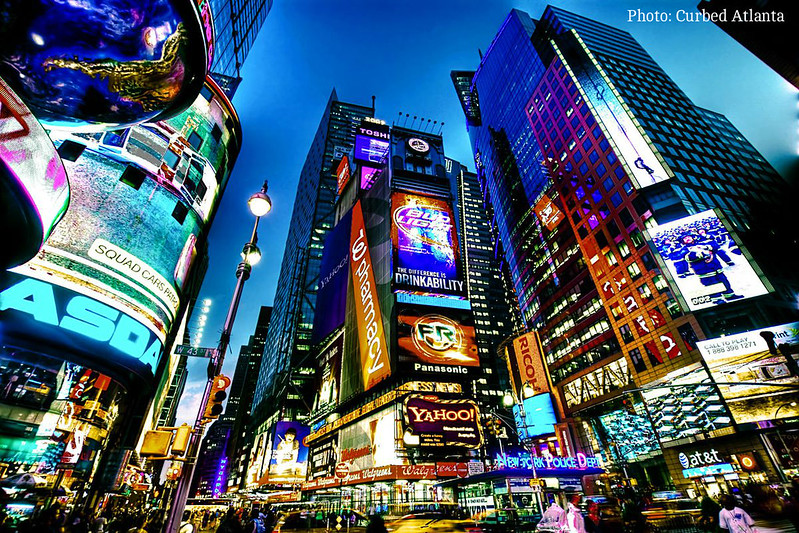 New York City will not be dubbed as the City that Never Sleeps for no reason. Thanks to the ever busy Time Square! The city is illuminated by so many colorful bright lights and gigantic billboards and is always filled with overwhelming amount of crowds. Time Square may seem to be the busiest place around New York but the place is definitely worth visiting. There’s nothing more romantic than watching those Broadway performances together and dining in with some famous restaurants around the Time Square such as Planet Hollywood or the Hard Rock Café. If you are lucky enough, you can find cheap flights from Lagos to New York and witness the well-known Time Square Ball during the New Year’s Eve! 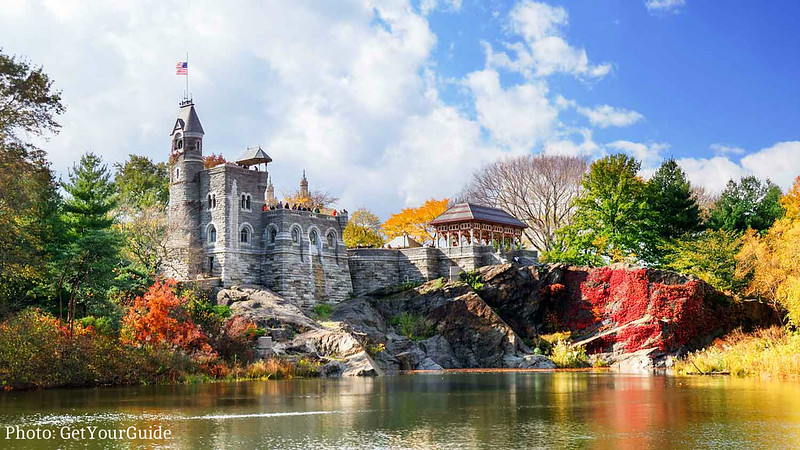 If you do not appreciate great crowds, then you might be able to embrace the serene atmosphere offered by the Central Park. It is like a paradise filled with luscious greens and colorful flowers and trees hiding at the center of highly populated city. The 843 acres park is adorned with natural growing trees and overwhelming attractions that a couple or a family would enjoy. You can stroll the park and embrace the relaxing ambiance. You can have a picnic, watch the fountains and visit some nearby theaters. Also, don’t forget to check other notable attractions like the Belvedere Castle, the Diana Ross Playground and the Central Park Carousel. 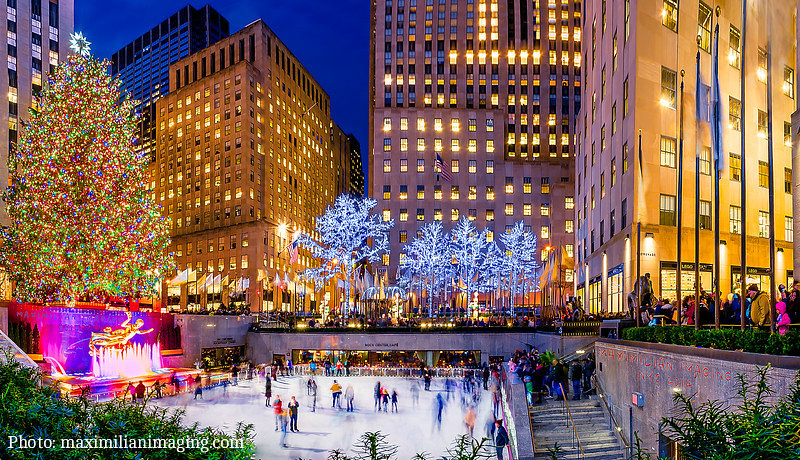 Another interesting attraction in New York City that you should never miss is the Rockefeller Center. Aside from the iconic tall buildings, the Rockefeller Center is best visited during Christmas Holiday. The Plaza is wonderfully adorned with colorful Christmas decorations and of course, the giant Rockefeller Center Christmas Tree. Various Celebrities are performing in the winter-cold plaza every Holiday. You can also spot various art structures almost everywhere. Each building has distinctive art work everyone will surely appreciate. 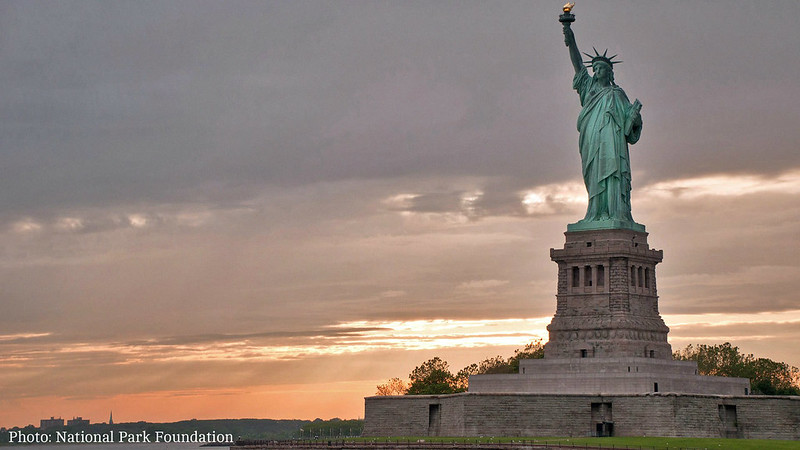 The Statue of Liberty

I guess all of you will agree that a trip to New York will not be completed without witnessing possibly one of the most iconic landmarks not just in New York but in the world. The Statue of Liberty! The 305 ft tall Copper Statue is located at the heart of Liberty Island. Tourists are required to take a boat ride to reach this place and they can also climb all the way up to the crown. Don’t you think it could make a great honeymoon photo? A trip to the Statue of Liberty will surely make your New York journey even more unforgettable. 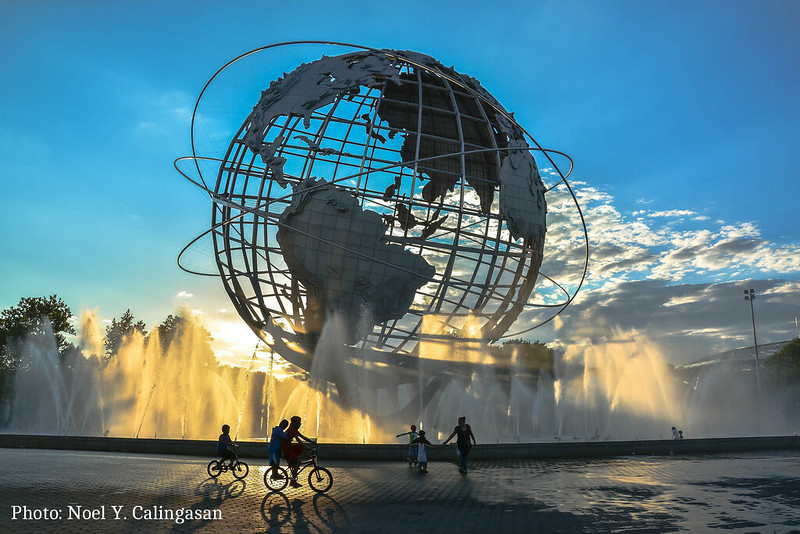 If the Universal Studios brags about their famous Universal Studio Globe, you can also spot one in New York. Located in Flushing Meadows – Corona Park, lies another impressive structure known as the Unisphere. It is basically a 140ft tall spherical steel that depicts the image of the Earth surrounded by fountains. The structure has been there since the 1960s and was seen in various movies like Men in Black and Iron Man. It is absolutely an Instagram-worthy place that every couple should include on top of their itinerary. 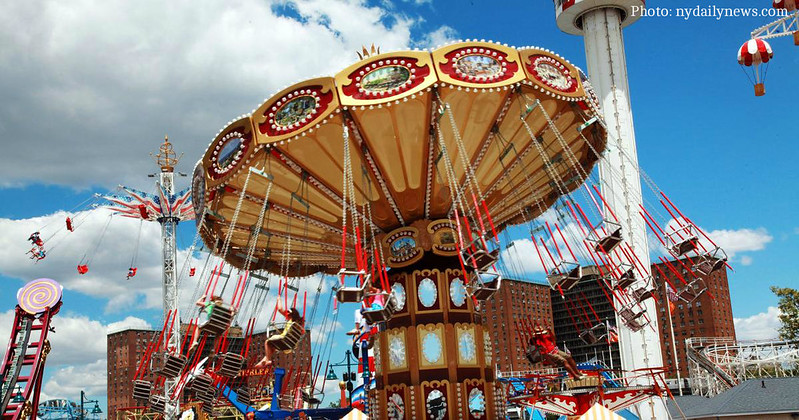 If you are looking for more entertainment through amusement parks  and beaches, the Coney Island is absolutely a perfect spot to hit on. Coney Island is the home of New York’s finest white sand beaches which makes it an ideal summer destination. It also houses two large amusement parks including the Luna Park and the Deno’s Wonder Wheel Amusement Park. Also make sure to include the New York Aquarium and the KeySpan Park on your list!

These are just few of the most ideal Romantic destinations in New York City and most of them are interestingly freely accessible! Other attractions worth visiting includes the famous Brooklyn bridge, The Empire state building, the Grand Central Station and many more.

It is very important too to consider which holiday would you like to spend your vacation or your Honeymoon. New York City offers a lot of different festivities in different occasions or holidays. There’s the famous Saint Patrick’s Day Parade every March, The Macy’s Thanksgiving Parade every November, the Rockefeller Center is the highlight of New York every Christmas while the Time Square is more festive in New Year’s Day.

You must plan your trip ahead and establish your very own itinerary so you can utilize everything during your stay. You should also look for cheap flights and grab the opportunity to avail them while they are still available as the Round Trip airfare to New York is quite costly. Nevertheless, New York City is undeniably a great place to visit and absolutely an ideal and romantic place to spend your honeymoon!

What in this world can express all the charm of life? What is the most spectacular thing to make declaration of love to a girl, so that she will remember

The most significant appeal of using an agent to book your accommodation is the convenience and expertise they offer. With so many locations available online, planning your holiday can be

After Sto Tomas, we headed right away to Lipa, Batangas and our first stop is a modern church, the St Therese of the Child Of Jesus Parish. Lipa is a