Are you a frequent traveler? A weekend warrior? A person who has a love and passion to explore new places? For many of us, traveling has become an effective way to escape from the stressful reality. It is more of our gentle way to reward ourselves after that week-long of heavy work. There were even existing studies that can prove how beneficial traveling can be. They said that it is a great method to release stress as you give yourself a time to get away from your problems. Those serene atmosphere, pristine water and unspoiled nature will make you feel that you are in paradise. With so much wonderful things a traveler can experience, it is not really surprising why millennials are into such thing. Who doesn’t want to capture that Instagram-worthy paradise anyway?

Traveling will require you to spend time and money but it is absolutely worth it considering the once in a life time rewarding experiences you can earn from it in return. An experience that you can share with your friends or your kids in the future but did you know that you can actually turn your travels even more meaningful or even more rewarding? You can do so by participating in some meaningful advocacy, charity events and voluntourism campaign. 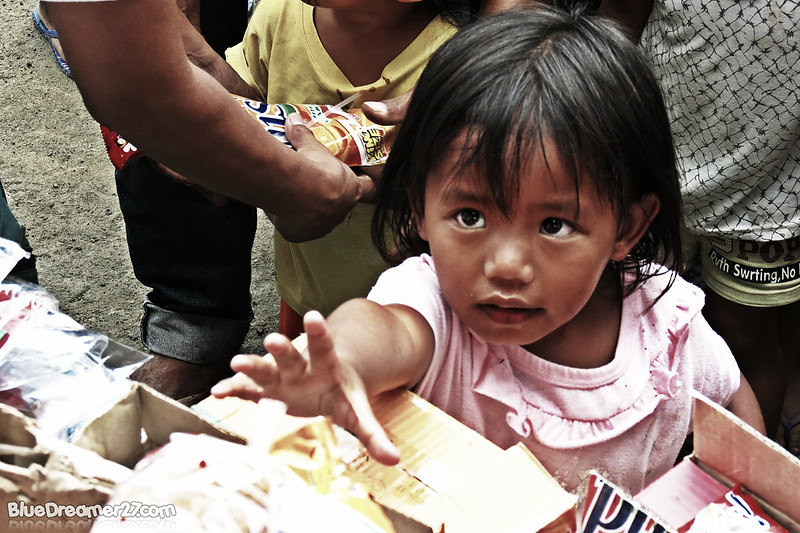 What is Voluntourism?
Voluntourism is basically a portmanteau of words Volunteer and Tourism. It is a kind of advocacy and travel that allows a participant to contribute to a sustainable development while giving him a chance to explore the place and embrace the beauty it has to offer. In Voluntourism, you are not just traveling for the adventure alone but you are also doing it for a cause. So how can someone benefit from voluntourism? When I went to Calaguas Island in Camarines Norte few months ago, one thing I first noticed was the challenge of reaching this remote island. Imagine, you have to take a two-hour long boat ride (not to mention the travel time from Manila to Camarines) and you have to deal with a seemingly endless clash of waves but it’s all worth sacrificing after you witness the powdery white sand and crystal clear water! It is an incomparable paradise indeed and that comes from the perspective of someone who went there for the first time but for the locals who have been there since birth, it is a different story. Limited electricity, no signal, limited resources, lack of school materials, lack of medicine tools, lack of facilities! These are just few of the things they commonly encounter on a daily basis. Voluntourism and other similar advocacy play a huge role of helping these communities. Aside from helping them by bringing some valuable resources, you are also helping their tourism to grow which will also help the locals to earn extra income by selling souvenirs. 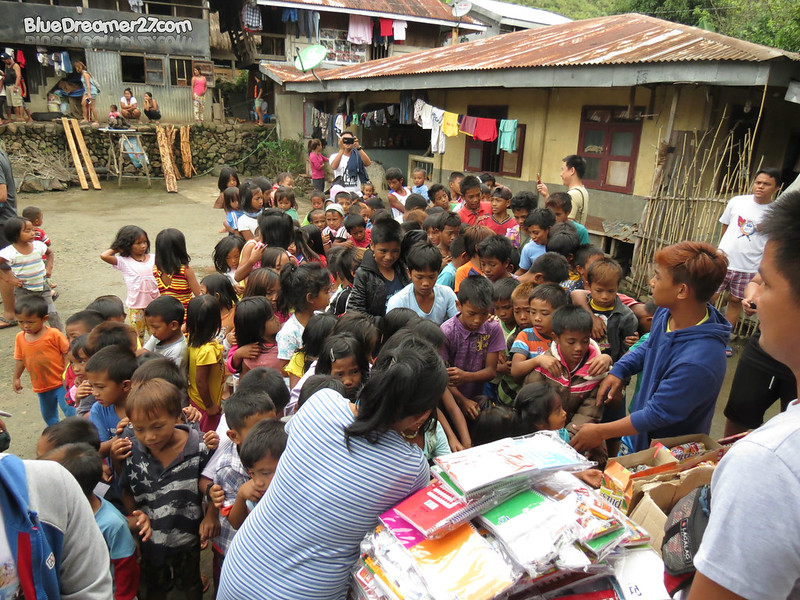 The image above was taken during our recent trip to Buscalan, Kalinga. I went there along with other travelers and with Yabang Outdoor group as part of their “Back to School” project which aimed to bring school supplies to the kids of Buscalan Village. It was one of the most meaningful travels I have ever had. Seeing those smile from those kids after they receive our simple surprise is probably the most rewarding part of our tour (meeting Whang Od is just a bonus part). We stayed in Laguiao’s residence for a day and I was able to spoke to one of his kids. He told me that he is now in high school  and he had to travel from Kalinga to Bontoc, Mountain Province to pursue his education. He had to stay there in Bontoc for the entire school year along with other kids because climbing down from Buscalan Village to the town proper of Kalinga will just take most of their time (not to mention the travel time from Kalinga to Bontoc). Interestingly, he told me that they were part of a scholarship program that supports all their schooling needs. A sponsor is also giving them a monthly allowance and it all started after tourists discovered their place. 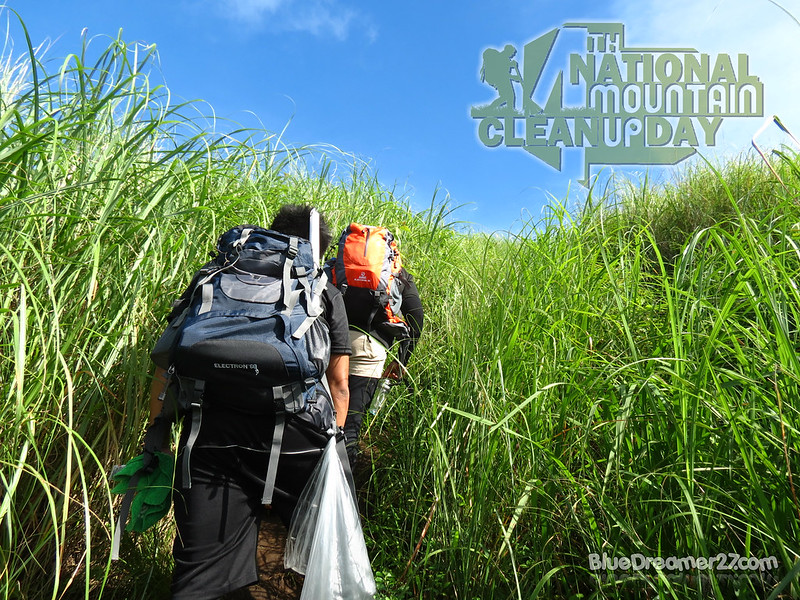 Voluntourism is not just applicable for people. There are also environmental campaign where you can be a part of much like this recently concluded National Mountain Clean Up Day by Pinoy Mountaineer.  It is an interesting campaign that invites travelers and volunteers to clean up the mountain for a day (usually celebrated every 8th of July). We armed ourselves with trash bags and start collecting all the trashes we found along the way until we have reached the summit. You see, it was actually my first hiking experience which made it a lot memorable but knowing that we did it for a very nice cause made my trip even more rewarding!

The Problem with Most Voluntourism
Although it was a meaningful campaign and the intention was great, there is a problem in most Voluntourism. Most them are just short term remedy. You see, the real issue here is poverty, the lack of education and resource materials of these people leaving in remote and hard-to-reach areas but most of the campaigns are just short term. Some organization will just do it once or twice without anything to follow or to support the campaign they built. It was like building a house where you managed to erect walls and foundation but you left it out without the roof. To make it simple and short, some voluntourism campaign are just making “Paasa” to the people who are expecting for a long term support.

Doing It With Passion
Good thing, we still have those people and organization who are doing it by heart and with passion. You can take Jungie Gumiran‘s story as an inspiration. He recently shared on his blog  [The Traveling Marketeer] his recent journey in Jomalig and why he keep on coming back to this wonderful Paradise in Quezon Province (Check : Why I Keep Coming Back  To Jomalig). It all started as a trip but aside from all the adventure he had, Jungie realized what the community of Jomalig  really needs and so he went back to the island with his very own voluntourism campaign [Lovin’ Jomalig] which was made possible with the help of his sponsors and with his travel buddies. The campaign aimed to help the locals by providing the kids of Jomalig some surprises including school supplies, foods and drinks. They also conducted recreational activities and games for them. 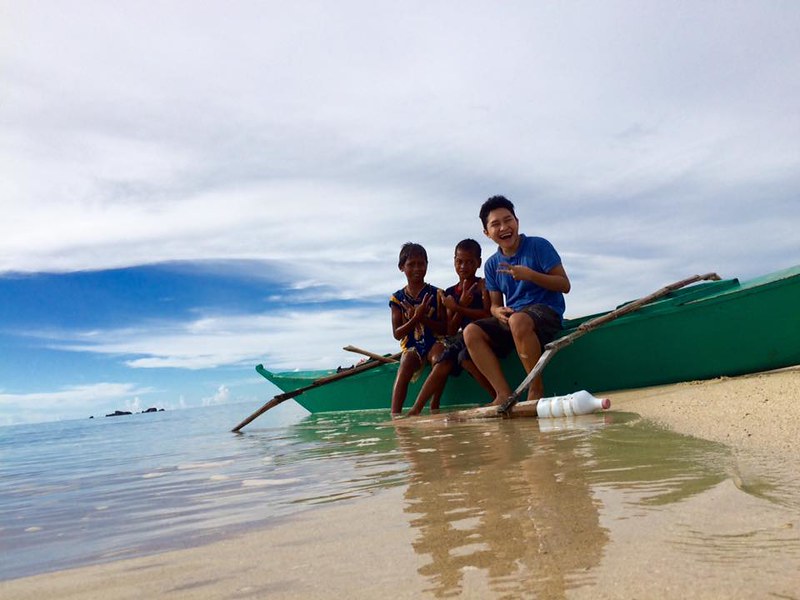 Jungie having fun with the Kids of Jomalig

Lovin Jomalig is not just a one-time campaign. Jungie is knocking your hearts to take part of his upcoming campaign These kids are still in need of supplies related to personal hygiene such as lice shampoo, soap, toothpaste, toothbrush, towel and many more. There will be another Lovin Jomalig Campaign this coming September 1-3, 2017. You can take part by donating supplies and more. If you want to spread love to them, feel free to coordinate or contact Jungie at thetravelingmarketeer@gmail.com. You can also reach him through his Facebook Page at The Traveling Marketeer or follow him in his blog at www.thetravelingmarketeer.com

Are you familiar with Eczema? Do you know what are the reason why some people get this kind of skin disease? And are you aware with the treatment that can

Is it really necessary for every individual to pay taxes? Well, as far as i remember and as far as my “Economic and Basic Taxation” subject course when i was

After visiting the Cathedral of Iba, we headed to our next destination and I can say that this is one of the most interesting highlights of our pilgrimage tour because