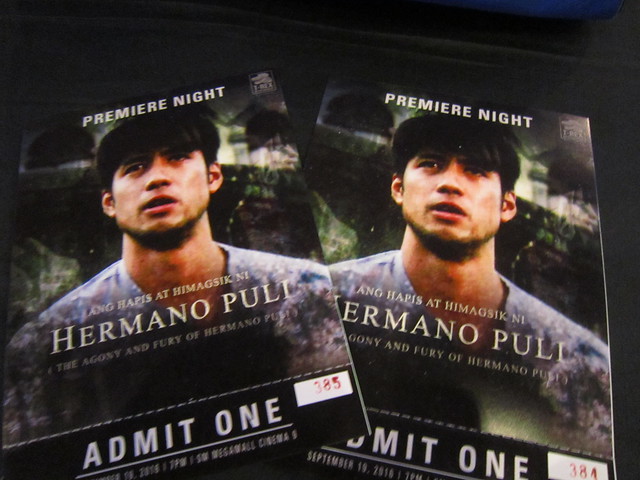 Have you watched Ang Hapis at Himagsik ni Hermano Puli? For those who are not yet aware, it is an indie film directed by Gil Portes that stars Aljur Abrenica as Hermano Puli, a nearly forgotten hero from Quezon.  I personally don’t know Apolinario Dela Cruz (Hermano Puli) and I don’t even remember him being taught nor written in any of our history books. 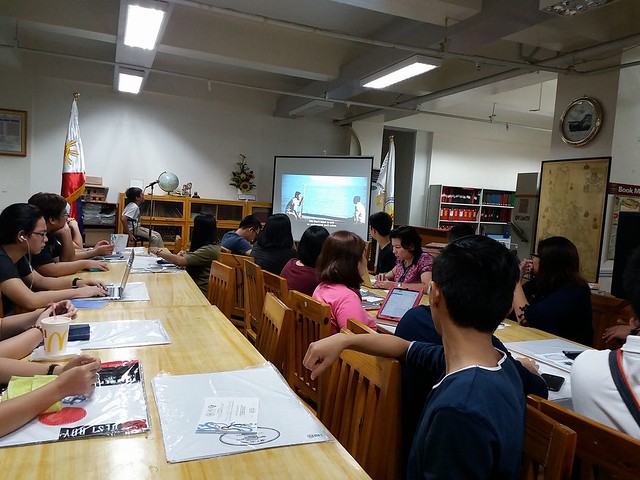 However, I remember a documentary film that was shown to us during the Project Saysay Workshop that features another forgotten or lesser known hero, Paciano Rizal, the older brother of Jose Rizal. The documentary features Paciano’s notable contribution in history especially during the Philippine revolution but his works and sacrifices for our country were barely recognized and in fact almost forgotten. I also came across an article before that pays tribute to those lesser known and merely forgotten heroes like Panday Pira, Roman Basa, Marcella Agoncillo to name a few. They are dubbed as the Unsung Heroes of the Philippine history, people who contributed to the development of Filipino Nationalism yet they didn’t receive enough attention in traditional studies and mainstream histories.

So is Hermano Puli considered as one of those unsung heroes in Philippine history? Is he really heroic enough? The film Ang Hapis at Himagsik ni Hermano Puli taught me a lot of things about him. Apolinario Dela Cruz was an aspiring priest from Tayabas Quezon. However, since he is an Indio, he was not allowed to be part of any orders during that time. So while pursuing his dream to become a priest someday, he decided to build a Cofradia (confraternity) dedicated to Saint Joseph. The group eventually grew and expanded and they have gained almost 5000 members.  In an attempt to pursue his dream to become a priest, Hermano Puli (brother Puli) traveled all the way to Manila but still none of the orders accepted him and so he decided to become a hospitalier under the San Juan De Dios Hospital where he was given an opportunity to become a lay brother. Unfortunately, the government find the rapid growth of their Cofradia very alarming and mistook their organization as a revolution especially when they learned that the Cofradia is only exclusive for Indios. This eventually lead to a bloody war against the Government and the members of their confraternity. Although they were successful in their first battle, the next confrontations were tragically ended.  Hermano Puli , was indeed unsuccessful for fighting for his religious freedom since he was tragically executed and beheaded. 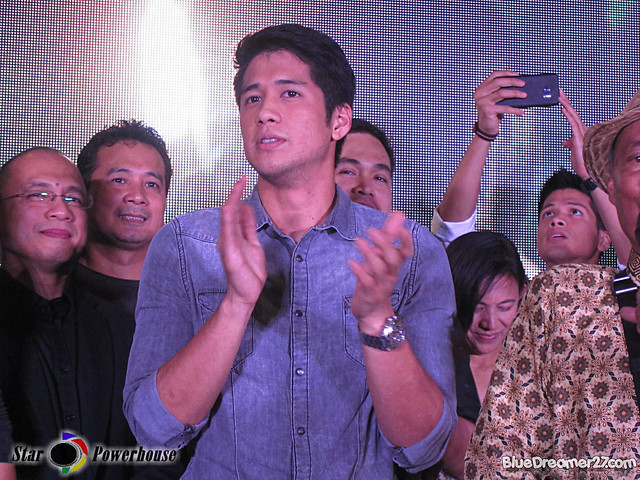 What went wrong with the Hapis and Himagsik ni Hermano Puli?

I have learned that the film underwent through many challenges. One of which is when they had to find another producers to make the film possible and another one is when they had to pull out the film from the Metro Manila Film Festival.  Although I really appreciate how ambitious this film is, it’s sad to say that that impact of it is not as overwhelming as other biopics like Heneral Luna.

Well first of all, the trailer set so much expectation. Although wonderfully presented, the trailer is somehow misleading. If you will watch the trailer, you’ll see Hermano Puli carrying a gun which apparently didn’t belong to the same era (it was a WWII rifle). The hairstyles were not even accurate as well. So yeah, anachronism is one of the notable downsides of this biopic film.

Although some are claiming that the film features some historical inaccuracies about Hermano Puli, the film in general remains faithful to some of the notable theories about this forgotten hero. I have read articles about Apolinario Dela Cruz and was also lucky enough to consult a historian who agreed with the story on how Hermano Puli was depicted on the film. Even the historian Xiao Chua is in full support of this film.

I am not a big fan of Aljur and I just can’t name a project that features his best acting skills.  So i thought this movie will somehow give him a break but unfortunately it was not good enough. There were just some awkward moments that I simply don’t know how to react. I think he is the kind of actor who doesn’t want to look bad on screen so even in his most challenging scenes where the character must be in great despair, he will still make some “pacute” expressions which is not really appropriate and I personally find it annoying.

If it is not about the comical parts, this film will be dreadfully boring. Thanks to Hermana Lina and her catchy one liners who gave some great laugh during the film. Hermana Lina is portrayed by Louise Delos Reyes. Lina is a part of the Cofradia who is so obsessed with Puli and is desperate to grab Hermano Puli’s attention.  Some of her memorable lines includes:
“Ang sabi mo pag-ibig sa Diyos at kapwa. Kasama ako sa kapwa; ibigin mo ako.” and “Pasukin mo lang ako kahit kelan mo gusto”.  The scene where Hermano was somehow tempted and imagining that he is kissing Lina passionately and then woke up in reality is also a funny one. 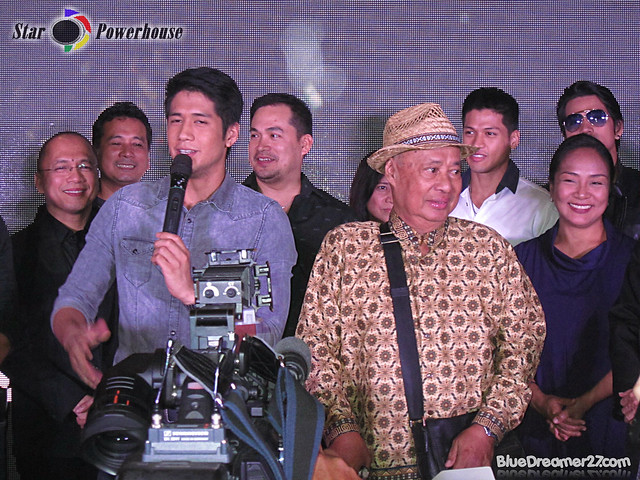 The cast of Hermano Puli with Director Gil Portes

On the positive note,  even though Ang Hapis at Himagsik ni Hermano Puli failed to deliver that breakthrough performance we are looking for, the effort of bringing this forgotten hero and let other people especially the millenials know his contribution in Philippine history is still very commendable!

Three months ago, my mom and I along with our churchmates went to Bataan for a pilgrimage in observance with the Holy Week. We went there on April 8, just