The Bonifacio Memorial Shrine In Manila

What weapon did Andres Bonifacio used during the Revolution? Did he used a revolver or a bolo (machete-like weapon)? Or maybe he used both much like how the hero is depicted from the iconic painting of Carlos “Botong” Francisco“. Regardless of the weapons used, we cannot deny the fact how huge Andres Bonifacio contributed in our Philippine history.  Andres Bonifacio is often called as the “Father of Philippine Revolution“. He is one of the founders and a Supreme Leader of KKK (Kataas-taasan, Kagalanggalangang Katipunan ng mga Anak ng Bayan) or better known as the Katipunan. We also recently learned after visiting the recent site of the Tejeros Convention that Bonifacio was merely considered as the first Philippine President but it was not officially recognized. (Check : The Tejeros Convention In General Trias Cavite).

Despite of many controversies regarding to his status as a national hero, Bonifacio has been admired and revered by many Filipinos due to incomparable contribution in Philippine history. In fact, some people were saying that Andres Bonifacio is more deserving to be called as the Philippine National Hero instead of Rizal but I personally think that they are both worthy for such recognition. Bonifacio is commemorated annually nationwide every 30th of November as “Bonifacio Day“.

If you are going to explore Manila and Cavite, you will encounter various monuments and shrines that pay tribute to Andres Bonifacio. There is the revolver-wielding Bonifacio monument in Caloocan, there is also one in Tutuban, another one in UP Diliman and another monument in front of the Manila Post Office. Cavite also offers a lot of historically significant places in relation with Bonifacio. You’ll find a Shrine in Mt Nagpatong and a Trial House both in Maragondon. Of all the monuments made to pay tribute to this national hero, the one near the Manila City hall is probably the most dramatic one. 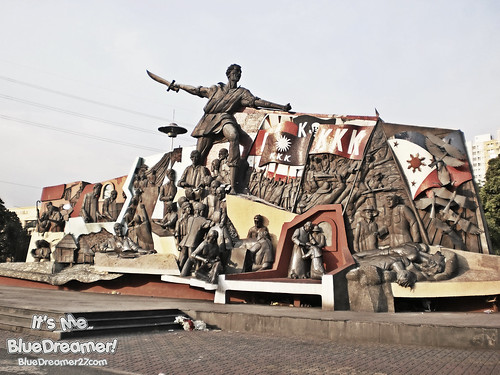 The shrine near the Manila City Hall depicts a Bonifacio wielding a Bolo. It is a masterpiece of Eduardo Castrillo (the same artist behind the famous People Power Monument in EDSA and those Monuments found in Zapote Bridg (Check : The Historical Battle of Zapote Bridge). 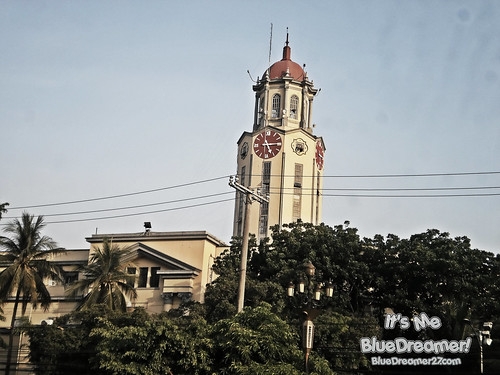 The Manila City Hall as viewed from the Shrine

This Ed Castrillo’s metal relief masterpiece was built and installed in 1998. The Memorial shrine depicts the life of Andres Bonifacio from his childhood, to the battle of Katipunan to his tragic death. 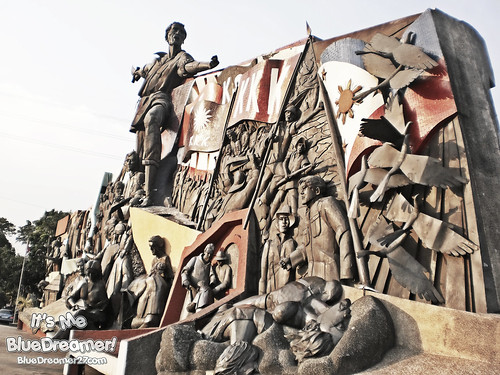 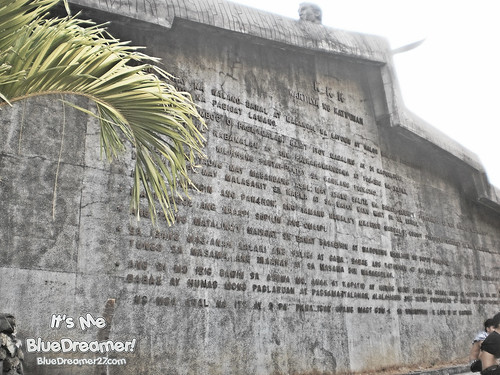 Behind the Shrine, you’ll find the “Kartilya ng Katipunan” (Primer of the Katipunan). It served as the guidebook for the new members of the Katipunan. It contains rules and guides that every Katipunero should follow. This rules were written by Andres Bonifacio and it technically has fourteen numbers but the one in the Shrine is somehow simplified yest the context is still there. This Kartilya ng Katipunan was later revised by Emilio Jacinto for a Decalogue.

1 thought on “The Bonifacio Memorial Shrine In Manila”

I went back to Sabang Beach not just to witness the breathtaking sunrise (Check : Sunrise in Baler) but also to try surfing for the very first time. I am

After leaving the heavenly beautiful church of San Isidro in San Roque, we headed to another church in Naic, a church that I am very familiar with. I spent more