Cavite will not be dubbed as the History Capital of the Philippines for no reason! It is the cradle of the Philippine Revolution and the birthplace of our independence. If you are not from Cavite and we are talking about the Landmarks in this province that has huge historical significance, I’m sure that the first place that will generate on your mind is the well known Aguinaldo Mansion which is very understandable knowing that this is the place where Philippine Independence was proclaimed. However, there are actually many places in Cavite that are equally significant with the Aguinaldo Shrine! The town of Imus alone has so many historically rich places to offer. Imus , like the rest of the towns in Cavite (Cavite City and Noveleta to name a few) was also part of the Cavite El Viejo which is now known as Kawit. Interestingly, it is the site where two successful Philippine Revolution battles were made. One led by Andres Bonifacio in 1896 (known as Battle of Imus) and the other one led by Emilio Aguinaldo in 1898. 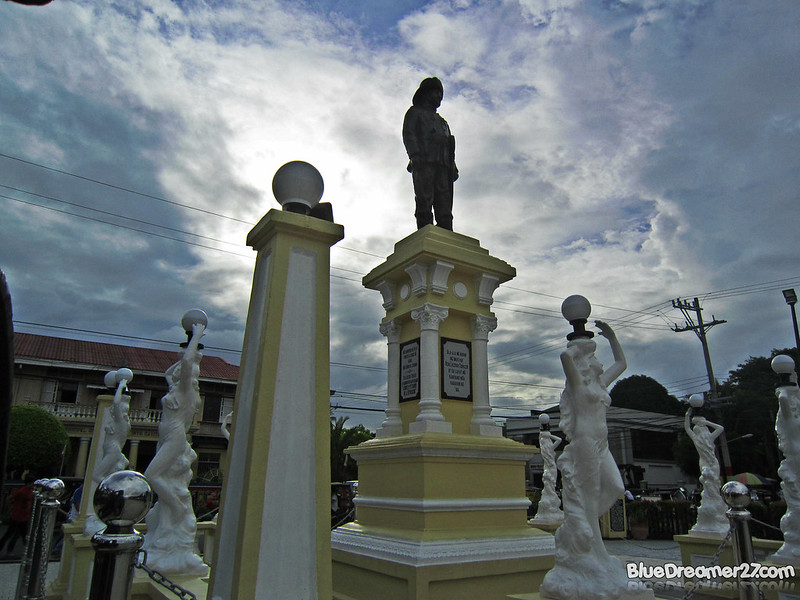 Visiting the Imus town proper (formerly known as Sitio de Balangon), you’ll find notable landmarks, the first is the Imus Cathedral, then Imus Plaza where the so-called Bantayog Monument can be found and the Town Municipal hall. The Imus Plaza is just located in front of the Cathedral and the first thing you’ll noticed is this monument dedicated to General Licerio Topacio. 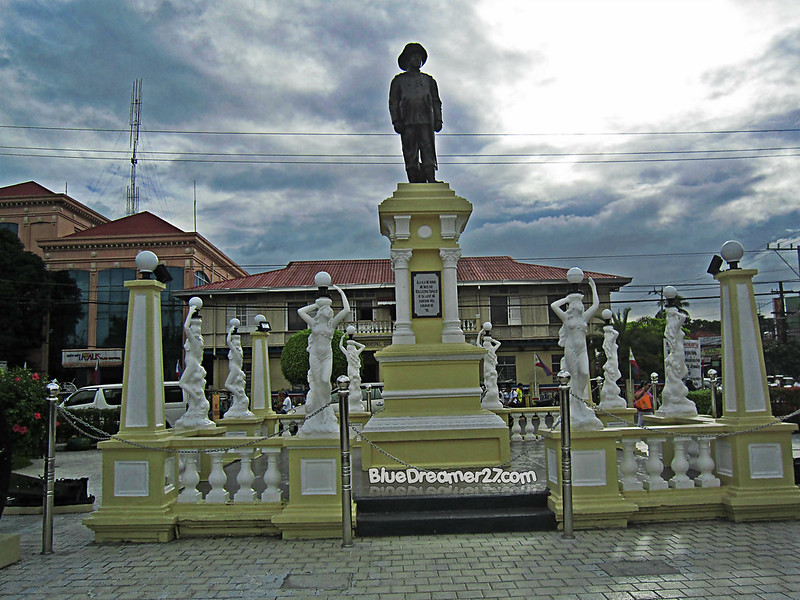 Who is General Licero Topacio? 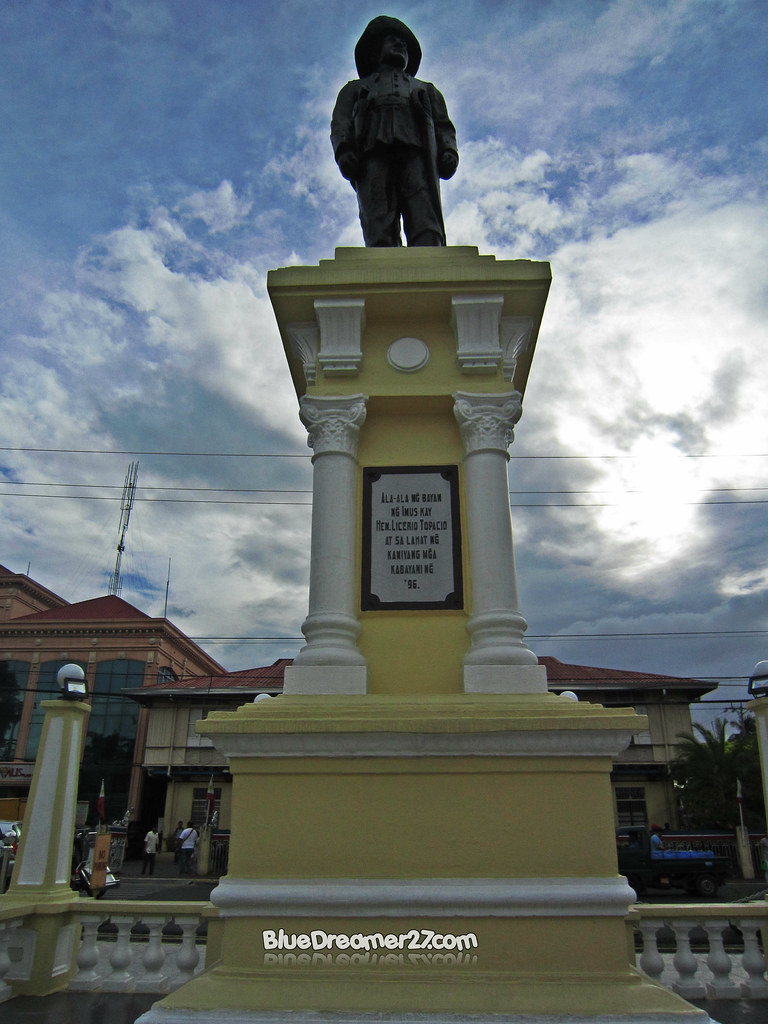 General Licerio Topacio is one of the leaders of the Philippine Independence movement.  He is one of the eight leaders from the Magdalo Party who attended the Tejeros Convention ( considered the first ever Philippine Presidential and vice Presidential election) along with Baldomero Aguinaldo and others . Interestingly, since Licerio Topacio is the eldest member of the party, he should have been the one to represent the Magdalo instead of Emilio Aguinaldo but he declined the honor because of his age (he was 58 years old at that time), thus Emilio Aguinaldo was chosen who apparently won the election against Andres Bonifacio of Magdiwang.
General Licerio Topacio was also involved in notable revolutional battles in Cavite including the Battle in Imus, the Battle in Binakayan and also the Battle in Zapote Bridge. This Bantayog Monument is not just dedicated to General Licerio Topacio alone but also built in the memory of other heroes who fought during the Philippine Revolution in 1896 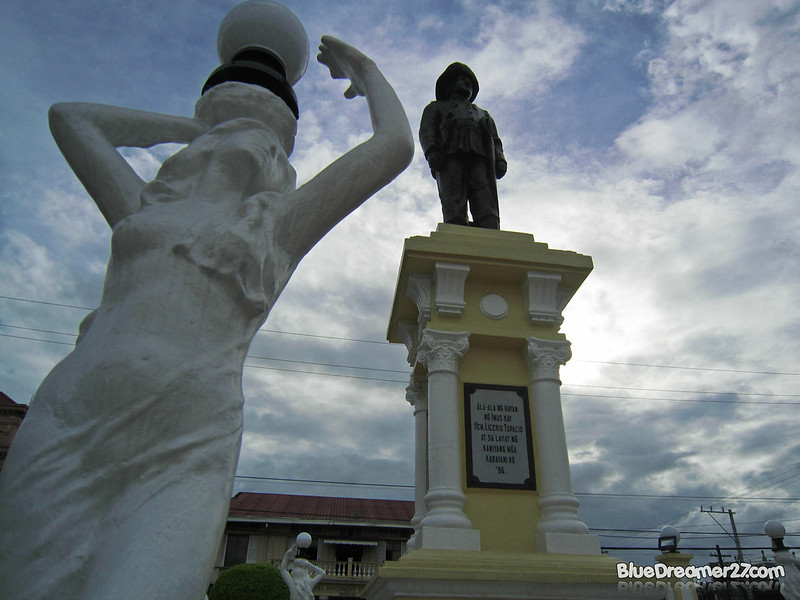 It is also interesting to note that the previous Gen Licerio Topacio Park is filled with grass and trees but was later underwent thru major renovation that gave this plaza a modern approach. 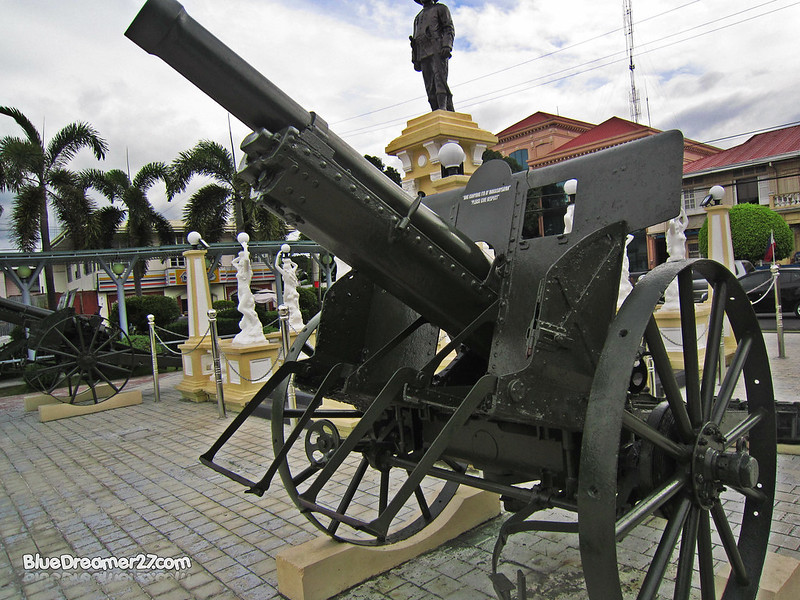 Another interesting attractions to the plaza are the two vintage artillaries which has been there since 1930s. 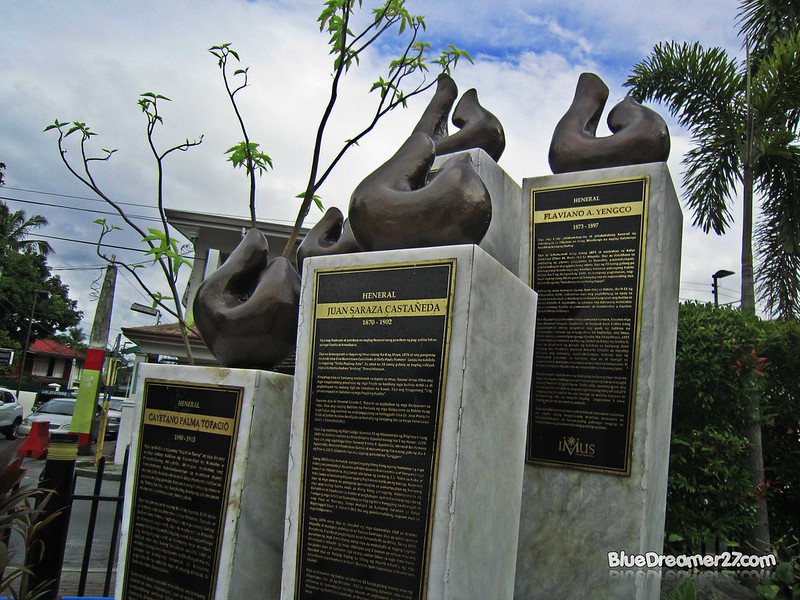 Another set of historical markers and monuments in dedication of other former heroes and generals who made major contribution in Philippine revolution movement such as Cayetano Palma Topacio, Juan Saraza Castañeda, Jose Santarin Tagle, Gen. Flaviano Yengko and Maj.-Gen. Pantaleon Garcia. 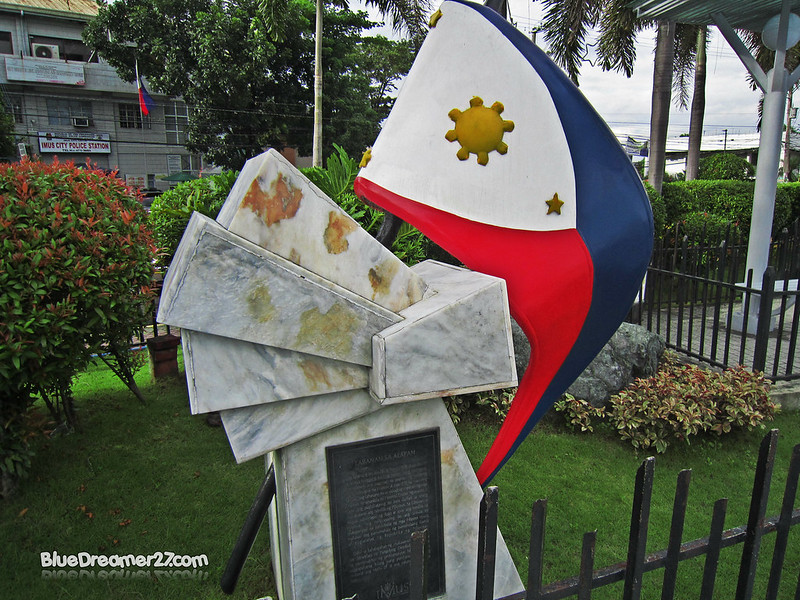 Another historical monument that pays tribute to the historical Battle in Alapan. According to the History, this is the site where the Philippine Flag was first waved. It occurred after Gen Emilio Aguinaldo won the battle. To honor this victory, Flag Day is being celebrated every May 28 and it also helped Imus to earn the title of being the Flagship capital of the Philippines. 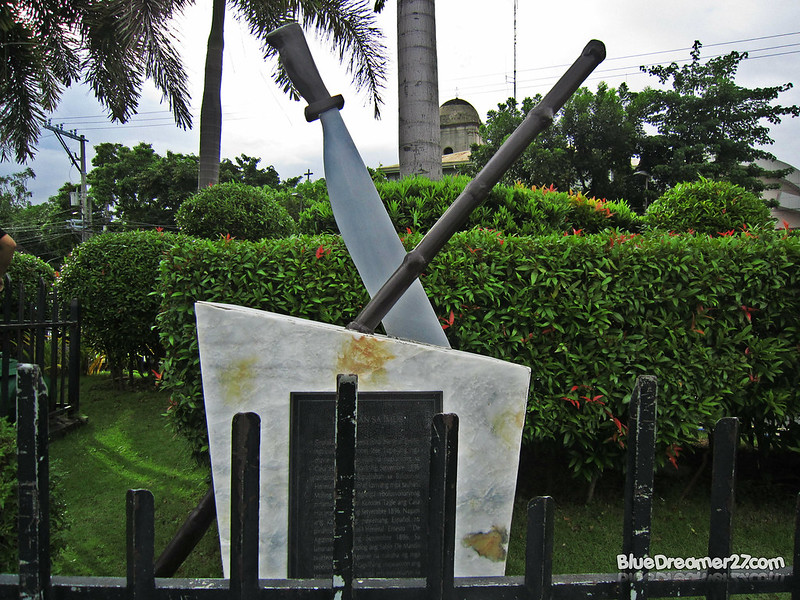 This monument, on the other hand is built to pay tribute to another historically significant battle in Imus.  It was led by Andres Bonifacio and was considered as the first ever successful battle won by the Katipuneros. 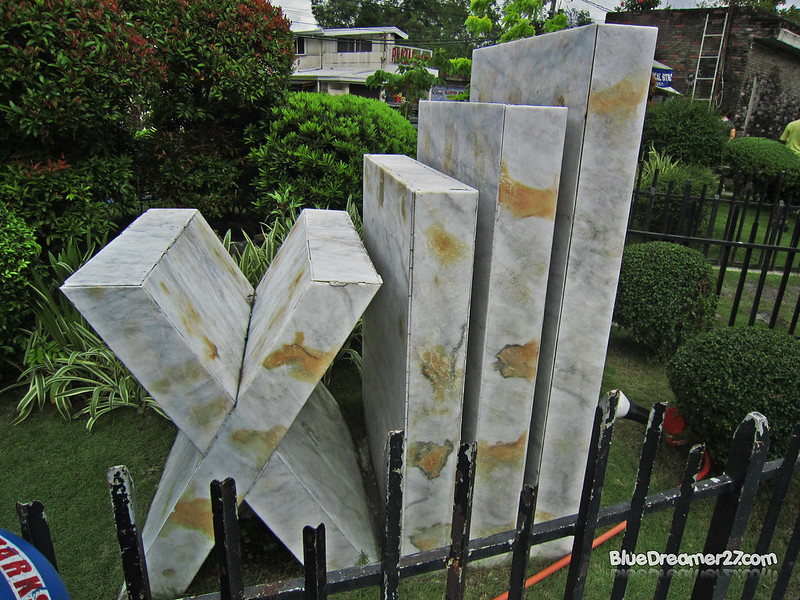 Another historical symbol can be found on the southern area of the plaza which pays tribute to the thirteen martyrs of Imus (different from the thirteen Martyrs of Cavite that we have learned from textbooks). Interestingly, the body of the six of the thirteen martyrs on this list was never found and their fate remains unknown while the rest were killed in Dasmariñas and the bodies were brought back to Imus. 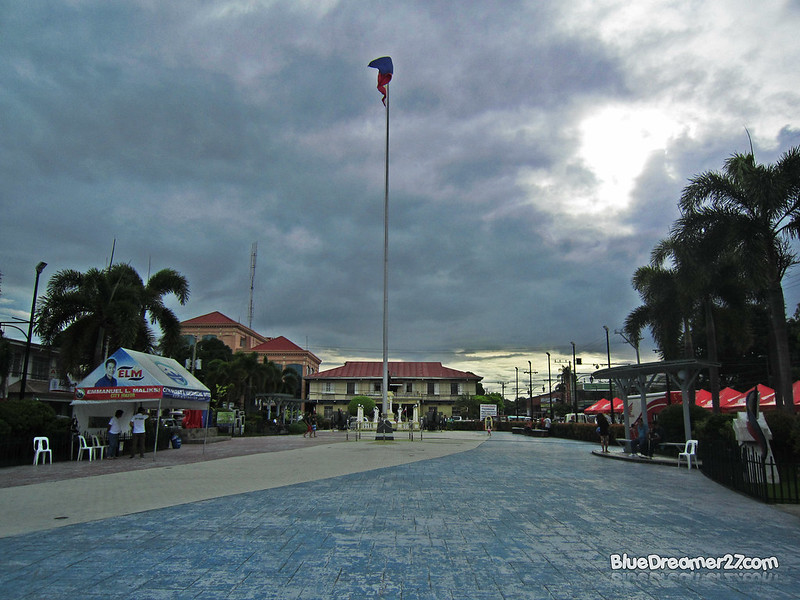 The spacious plaza and its design is very interesting as well and if it is being viewed from the top, the shape of it resembles a waving flag. 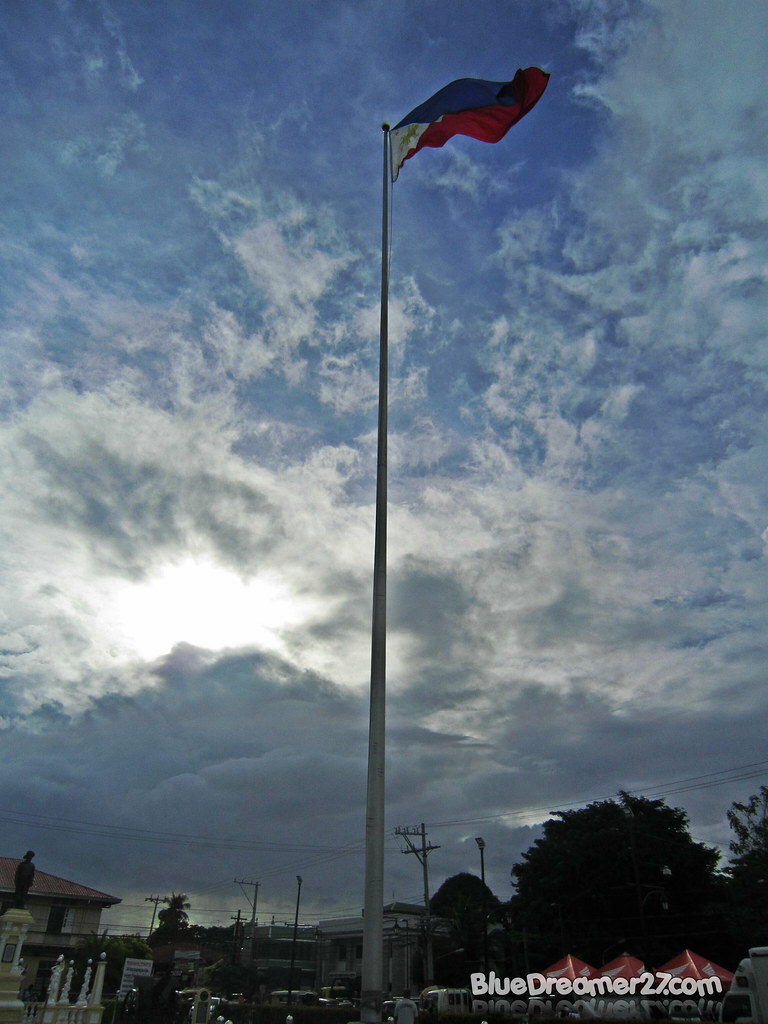 The 50ft flag pole situated at the center of the plaza. 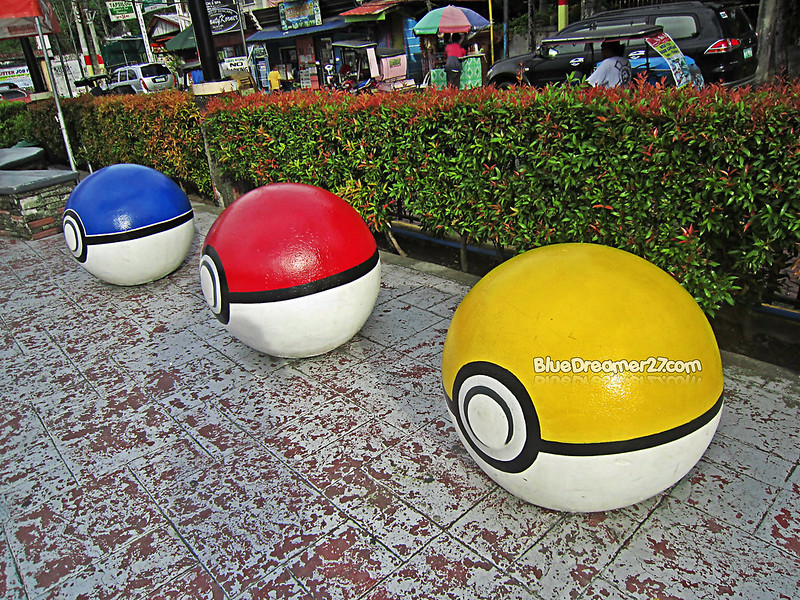 Well, it turns out that Imus is not just the flag capital but also the Pokemon capital of Cavite! Check out these colorful (recently added) Pokeball-inspired attractions! 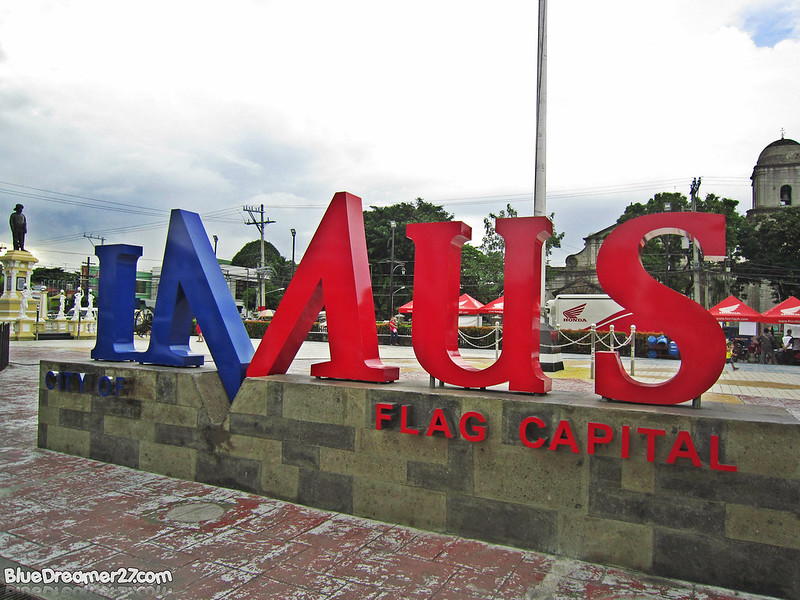 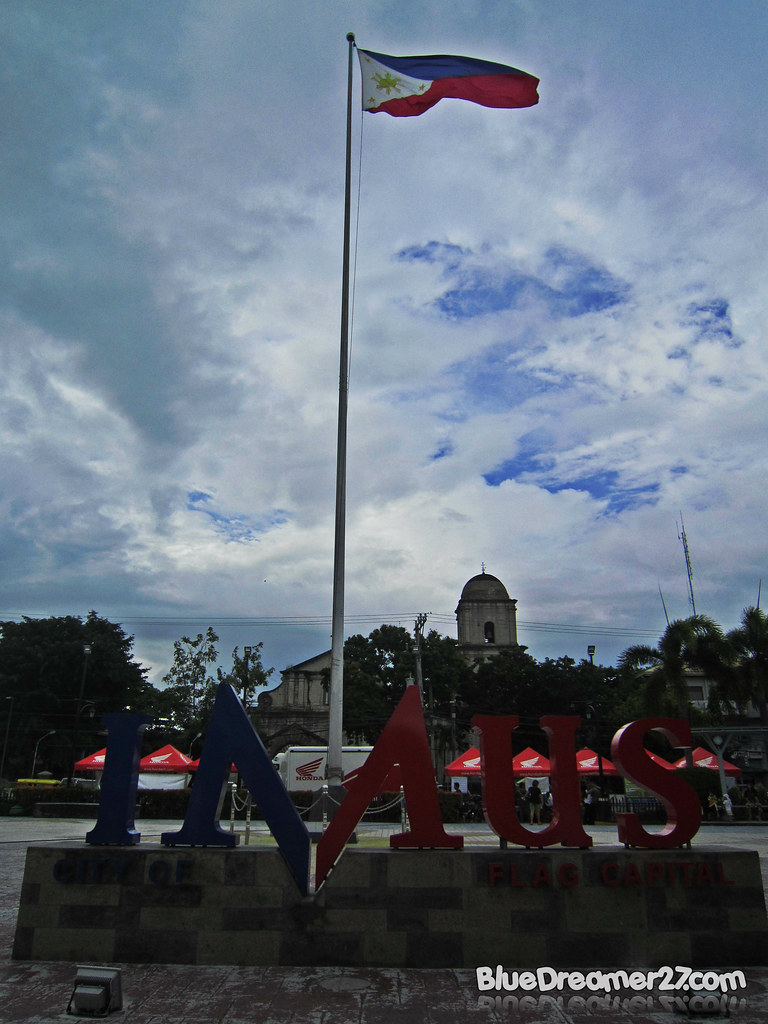 4 thoughts on “The Gen. Licerio Topacio Plaza In Imus Cavite”

After spending time with Aguinaldo Park, we decided to enter the mansion. It is very interesting to note that the Entrance here is FREE. There is no charge at all

I have been to many ancestral houses and they never really failed to amuse me. I can’t help but to appreciate the effort of restoring and preserving these classic houses

DISCLAIMER : This is a Sponsored Post but all Opinions and thoughts are 100% Mine For the past years, I have been engaging myself into a series of travels and