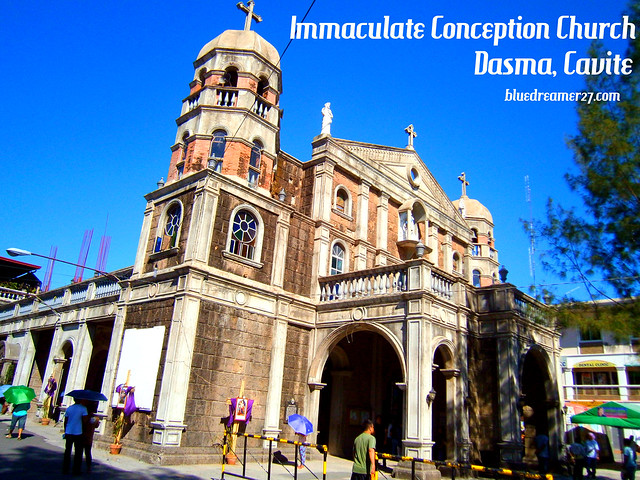 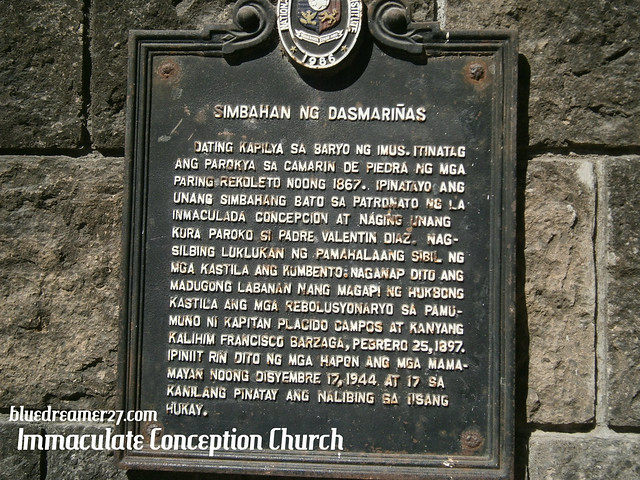 Much like the cathedral in Imus, the Immaculate Conception Church in Dasma was also declared a structure of historical significance with the placing of a historical marker by then National Historical Institute of the Philippines in 1986. The parish also started as chapel of Parish of Imus during the Spanish Colonial period. The parish was placed under the patronage of the Virgin Mary as Our Lady of Immaculate Conception. History wise, during the Philippine Revolution, gobernadorcillo Don Placido Campos and his secretary Francisco Barraga lead the uprising against the Spaniards which eventually freed their town on 1896. On February 25, 1897, Filipino revolutionaries took refuge in the convent that was later set on fire by the Spaniards. These men were shot as they emerged from the church. Others had shut themselves up in the church. With the church surrounded, the mountain artillery was brought out into position and from a distance of 35 metres (115 ft), the strong doors of the church were bombarded and the troops went in through the breach. Many lost their lives in the sanctuary. The event was known as the Battle of Perez-Dasmarinas. During that bloody battle, the Spaniards burned all structures in the town proper except the Catholic Church which was later used as a garrison. (Source) 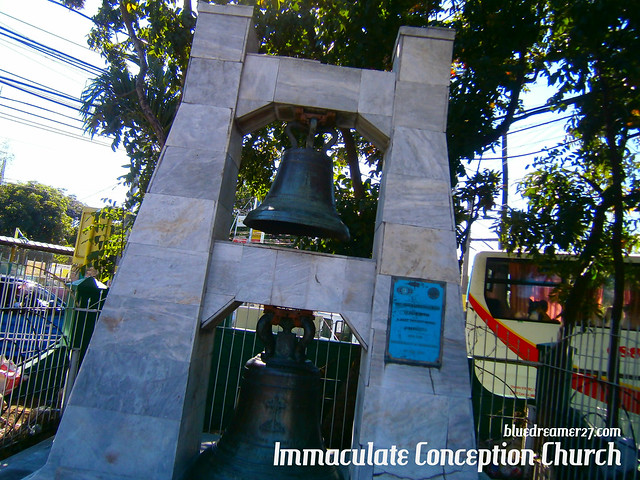 Outside the church, you’ll find these two old Church bells. They are the original church bells of the Parish. 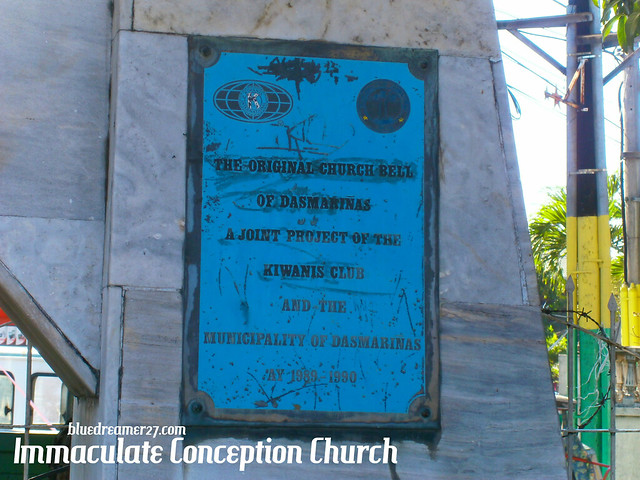 The parish church had two old bells. One was acquired upon the erection of the parish. This bell, which is small, has the inscription “Perez Dasmariñas año 1867 approx. 14 libras“. 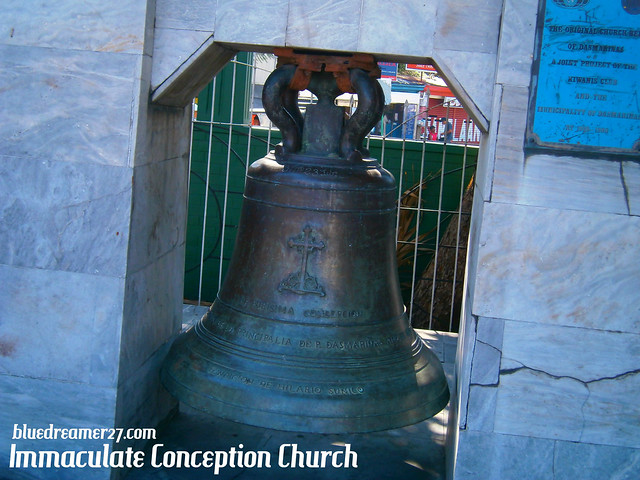 The second one was donated by the local principalias (upper class) of the town. It was founded in 1890 by the famous Fundicion de Hilario Sunico (Hilario Sunico Foundry). 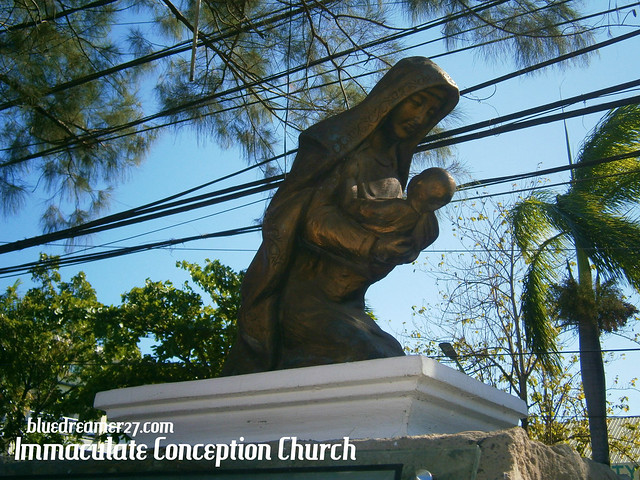 Memorial for the Unborn Child 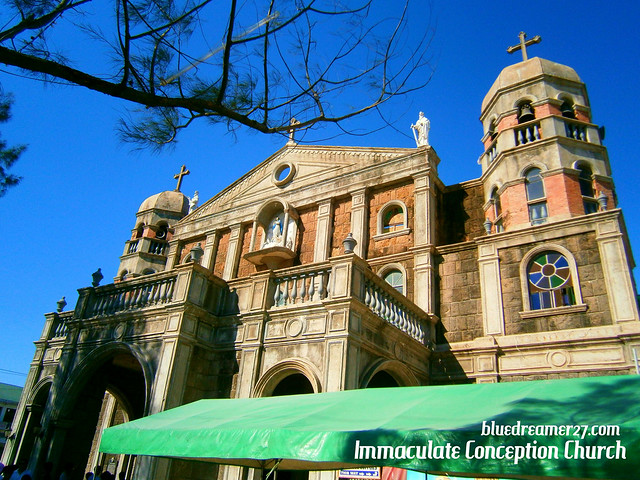 The present church has a neoclassical design with a portico covering the front door of the church. The facade is flanked on both sides by bell towers, each four-story tall. 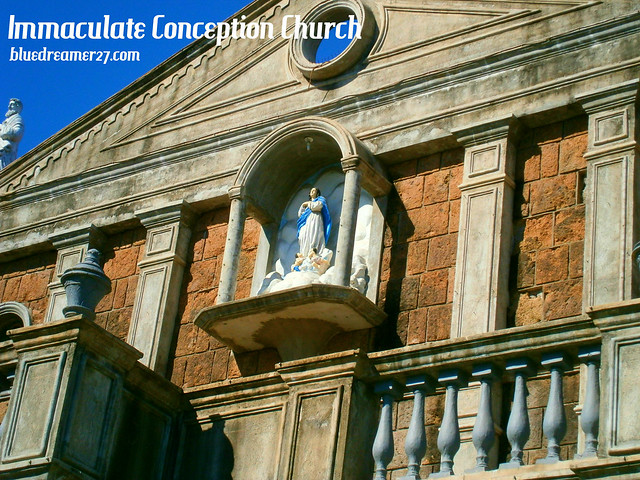 The image of Our Lady of Immaculate Conception located on the top most portion of the facade. 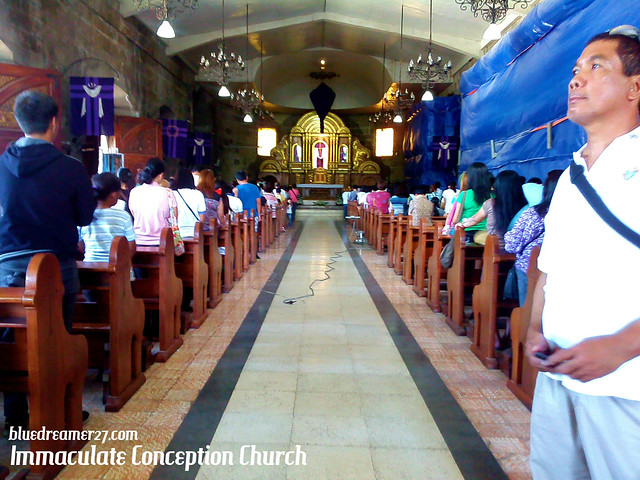 (The nave of the church) The church is currently under construction 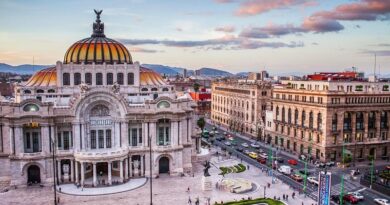 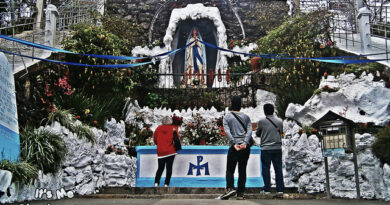 A Trip To Baguio : Our Lady Of Lourdes Grotto