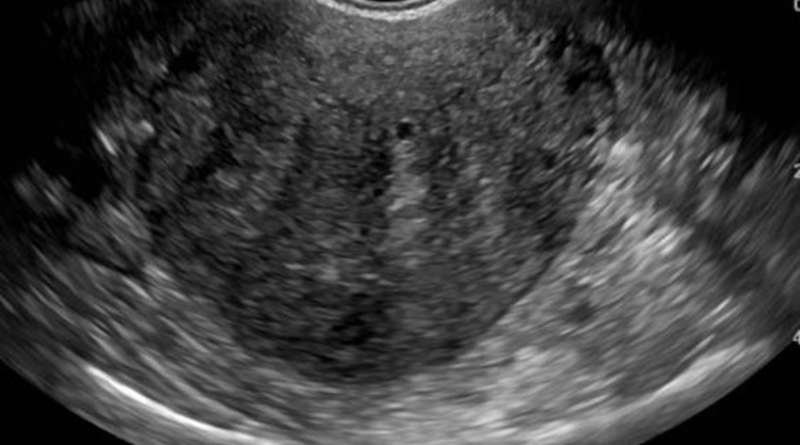 The operation was a success. My Tita (Auntie) was diagnosed to have Adenomyosis. Adenomyosis is a condition where the utesrus becomes bulky and heavier that causes painful and/or profuse menses like dysmenorrhe. I witness all her suffering due to the extreme pain brought to her by her disease. According to her doctor, there’s a big possibility that she got this illness after she gave birth to her one and only son via ceasarean section. There’s also a big possibility that this illness may lead to cervical cancer.

This is the main reason why my Tita decided to undergo medical operation as advised by her Gynecologist. However, my tita have to decide and accept the consequences of the operation. According to her doctor, Her uterus will be taken out from her which only means that she will never get a chance to have another baby. But of course, she also aske her husband about this before undergoing such operation.

The operation took a couple of hours and finally, here’s my Tita lying on her bed. It seems that she lost all her extra strength after her operation. She was very happy that she will never worry again about her condition. Despite the fact thst she will never get a chance to gave birth for a new baby, she knows she had made a right decision and God always have plans for her.

Surprisingly, a day after her operation, here’s my Tita (auntie) preparing herself to leave the hospital and very excited to meet her son. She lost weight but it seems that nothing has changed to her. Infact, she became livelier than before and we’re very happy for her.

I was with her in the hospital together with some of her relatives. I took this picture showing my Tita together with her In-laws. Everything happens for a reason. Remember that God will not throw a stone to us that we can not catch!

Oooops! by the way something weird happened to me while im staying with my Tita in the hospital. Its a ghost thing and i will tell the whole  story in my next post.

Party in a Resort