Unforgettable Experience When I Was In Elementary 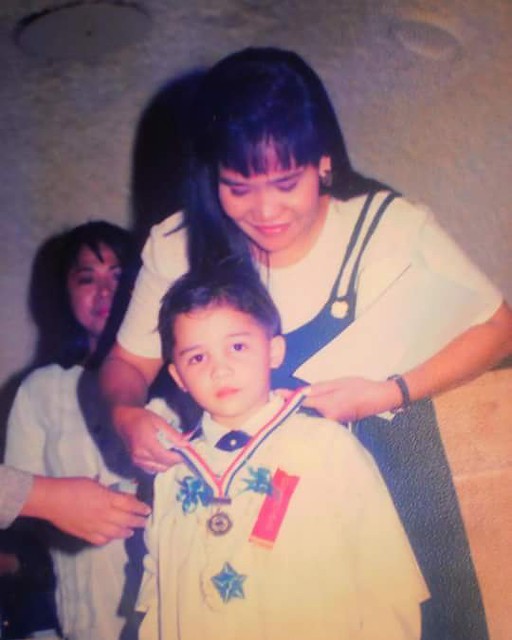 Me and my mom during my Preschool Graduation

Tomorrow will be my little brother’s Graduation day and it will be his last day as an elementary school student. I’m not really the kind of brother who will approach my siblings and ask them about their current social life but I’m the one who secretly stalk them to see what’s exactly going on haha. Well, based on what I observed with my little brother, he only have few friends and his group can be considered the geeky ones because their discussions usually revolve around video games, pokemon, anime, pokemon, cartoons and POKEMON haha which also reminds me of myself when I was at his age.

I’m really a shy boy when I was in grade school but I actively participate in school’s academic activities (i’m quite a nerdy one haha). If there is one thing that I can never forget when I was in Elementary, that’s when I became a part of a school’s grand choir. YES! I was once a member of a School choir and that is something beyond my imagination. I have a very interesting story behind it. It happened when I was waiting for my next class. It was a PE class and we were just occupying a small portion of our School’s multipurpose hall. We share the hall with other classes including the School’s choir who were so busy that time as they were all preparing for the Jubilee performance (that’s the time when Pope John Paul II arrived in our Country in celebration of World Youth Day). I was just staring at their group, listening on how they practice the Jubilee song when suddenly, their teacher called me and asked me to sing the Jubilee song in front of everyone. I was hesitant at first but I have no other option because Mrs Pesa is really insisting me to sing. And so after that she included me on her choir team not as a Tenor or Bass but a Sopranist, I don’t know why but I guess the register of my voice back then was too soft or too feminine.

One of the greatest achievements I had as a part of their team is when I was assigned to sing in front of all students. It was a nerve wracking moment for me but I’m glad I was able to make it through. Too bad, there were no smartphones that time and my mom didn’t get a chance to capture it haha. I may no longer a part of any choir and I don’t think i can sing well or hit those high notes anymore but sometimes, i still imagine myself singing in great crowd with a wonderful piece of music while looking at those sheets mounted on a music stand similar to those music stands at musiciansfriend.com. But then these are just imaginations running on my head.

Right now, I appreciate listening to music more rather than singing them. I’m glad that I was able to excel in music at some point in my life haha. Anyway, I’m so excited for my little brother’s graduation tomorrow!

7 thoughts on “Unforgettable Experience When I Was In Elementary”

The annual two-week long celebration was extended into a month-long veneration to the miraculous image of Our Lady of Solitude of Porta Vaga in Cavite City.This year’s celebration coincides with

Isn’t fascinating to explore different cultures? Learn our differences and similarities? In order to learn such culture, you have to interact with different people and travel from one place to