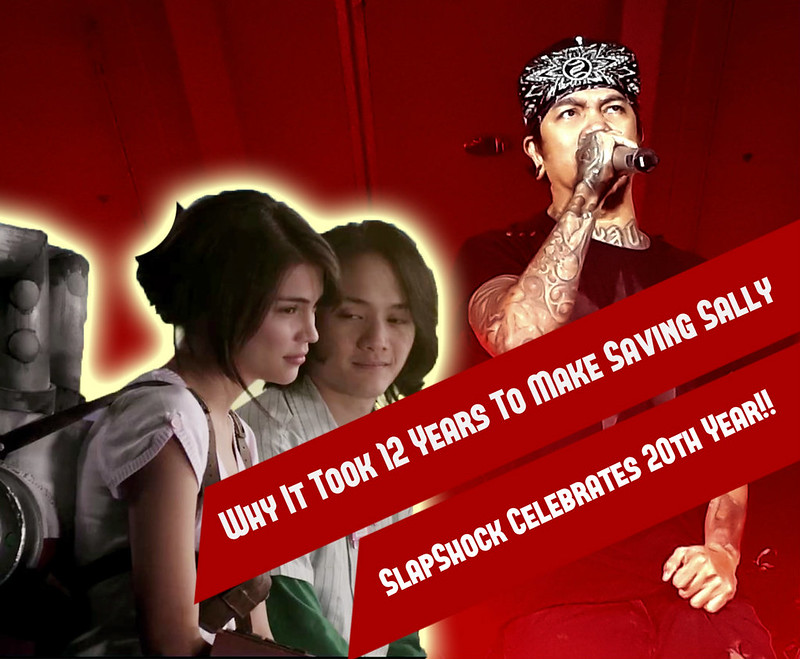 Remember that unique film Saving Sally from last year’s Metro Manila Film Festival? In the recently concluded Asia Pop Comicon 2017, the team from Saving Sally headed by Peejo Pilar who played the role of Mr Toto Calasanz from the movie graced the panel stage to share their interesting story behind the creation of this successful and now a multi-awarded and internationally recognized movie.

Peejo Pilar shared why a film Saving Sally took nearly 12 years in the making and also the story behind their success. Just in case you do not know, Saving Sally is a film produced by Rocketsheep Studios and directed by Avid Liongoren. It follows a story of Marty (played by Enzo Marcos) ,an amateur comic book artist who falls for Sally (played by Rhian Ramos), a gadget inventor, and has since become her loyal protector and hero from the “monsters”: her abusive parents, and her obnoxious boyfriend Nick (played by TJ Trinidad). The film is known for its impressive visual effects that will take the audience to an all new world.

What really makes the film even more interesting is the fact that it took the production nearly 12 years to complete the film and Pilar was able to enumarate all their 12 reasons on why it took soooo long for them to finish the movie. Production for Saving Sally commenced in 2005.  Presented in witty slideshow, here are some of the reasons and possibly interesting trivia about this critically acclaimed film. 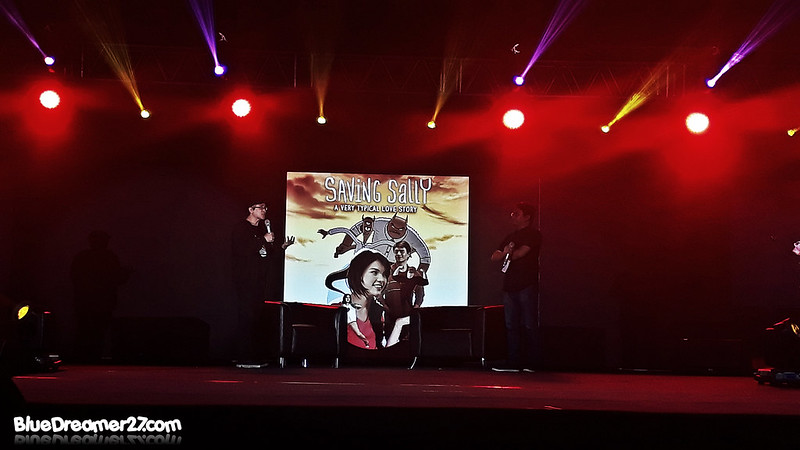 ► No Proper Plan – Did you know that the original concept for Saving Sally was created by  Charlene Sawit and Avid Liongoren back in college days? Sawit spent more than two years to write Saving Sally (initially titled as Monster Town) but the manuscript was stolen from her. She went to hiatus and rewrite Saving Sally as a short story. But when the production commenced in 2005, they actually have no solid plan of what the film will become. They initially decided to share the movie through internet for everyone to see which explains why the scripts are mostly written in English.  The film by the way is merely inspired from the movie MirrorMask

►They were Poor – One of the main reasons why the film came to a halt is because of their lack of financing. They do not have enough funds to produce the film and to shoulder all the expenses just to make the film possible

►Lack of Man Power – I was surprised when I found out that there’s only three of them working to make this film possible. In addition to that, the team behind the movie had to work within limitations. They do not have a spacious venue, the right props to execute what the scenes should properly be. 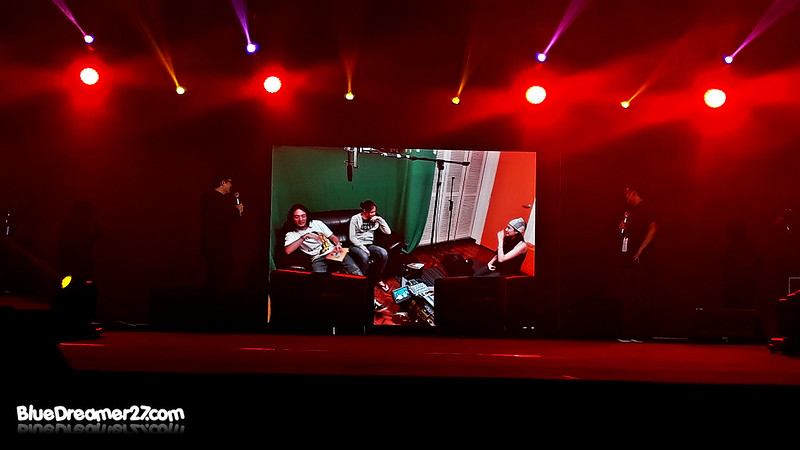 ►They Have Terrible Workflow – Pilar admitted that the team had a terrible workflow that’s why it took them so long to finish the film. He also emphasized some of their notable mistakes during the production. They failed to back up most of their files during the 2005 production and they made improper file names too which caused them a lot of trouble and consumed most of their time.  It is also interesting to note that during the 2005 Production, the leading lady who play Sally was Anna Larrucea but when she is no longer available during the reproduction so they need to find someone else.

►Conflict with Rhian Ramos Management. They found Rhian Ramos as the perfect lady to play Sally but due to her blooming career that time, they find it hard to deal with the management and it take months before they finally get Rhian in the production.

►They Do Not Gave Respect to Chroma Man!! – They shared their funny story of how their first Chroma man looks like during the 2005 production. They need a Chroma key to execute the robotic gadgets by Sally. It was poorly executed that time and they were glad to made drastic changes and improvements which resulted to a much better visual effects.

►They Run out of Money – Just when everything is going according to plan, the team went out of money to finish everything which took their time to conclude the movie. They also mentioned that their team do not know how the actual business works. They are not intending to produce it for a film festival after all  but things were all fixed and as we all know, Saving Sally is not just a commercially successful film but also critically acclaimed. The film is still receiving various recognition internationally. 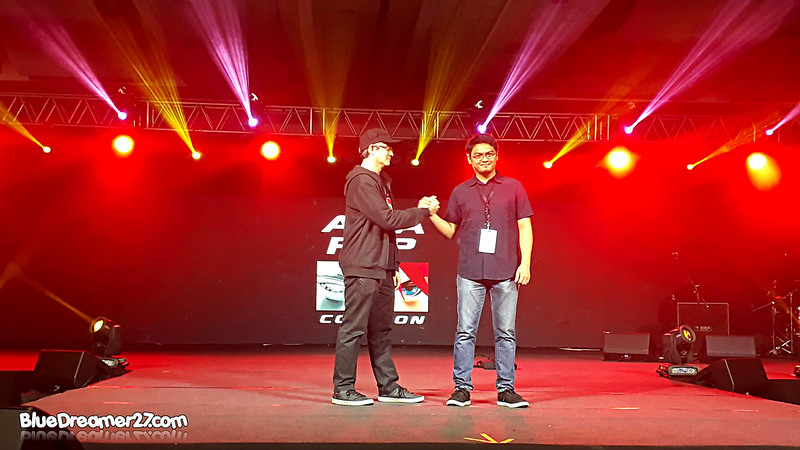 If you are one of the kids who grew up in 90s, then you should be aware of heavy metal band Slapshock! They were formed in 1997, originally as a rap metal act, with their early musical style compared to that of Korn. In the entire run of their career, they have produced a total of seven albums including the latest one “Atake”. All the previous albums shared equal commercial success including the critically acclaimed Project 11-41 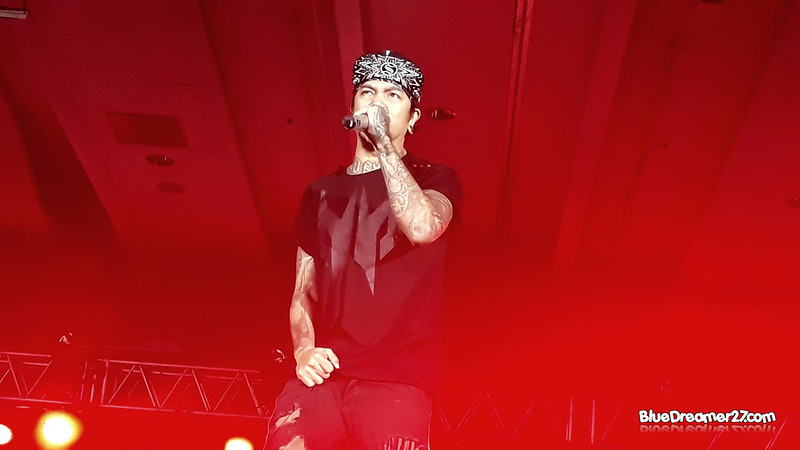 Jamir Garcia and the rest of the Slapshock band graced the stage of AsiaPop Comicon Manila 2017 treating their fans and the newer generation of listeners their iconic heavy metal songs including Agent Orange and Cariño Brutal. They have been in the industry for 2 decades yet they still got the vibe and surprisingly, although not a huge fan of Heavy Metal, i really enjoyed the energy and how this band managed to make the crowd go wild! With that head banging, guitar slamming and deafening scream, it was truly a great experience!

Jamir thanked all his fans for their continuous support and it seems like they still got many things to offer under their sleeves! Slapshock are currently celebrating their 20th anniversary with a tour across Luzon. Atake and Luha are two of the newest singles from their Album Atake which both sounds mesmerizing and not to mention the meaningful lyrics of both songs.

Here’s another overdue post. Last August me and the rest of the Junior Legionaries of San Roque Parish church conducted our own Pilgrimage tour. It is supposed to be a

Hi guys, here are some of the photos taken as Milzon and I went to a Carnaval near us. By the first week of November, Carnaval and series of fairs