2014 was such a blast for me and my family and we are grateful for everything and for the blessings we received for this whole year. It was also a great year for my hometown here in Cavite City. Several remarkable events have been celebrated joyously by my fellow Caviteños so allow me to give you a timeline of special events for the past 12 months! Enjoy! 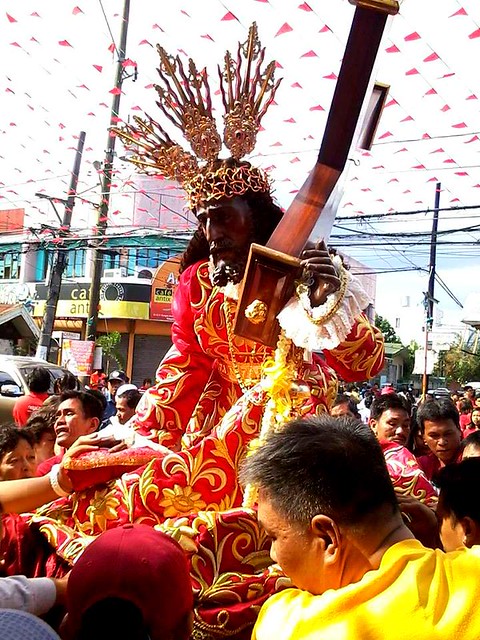 Live Via Crucis – A cultural tradition here in Cavite City that is usually held live yearly since 1974. Live Via Crucis is also considered as one of the city’s most anticipated celebrations and is traditionally done during the Holy Week in which participants (a group of local residents of Cavite City) wore biblical costumes. It showcases different acts stated in the written Fourteen Stations of the Cross. This year, the Live Via Crucis celebrated its 40th anniversary and the Parish (San Roque) decided to make the event even more special. 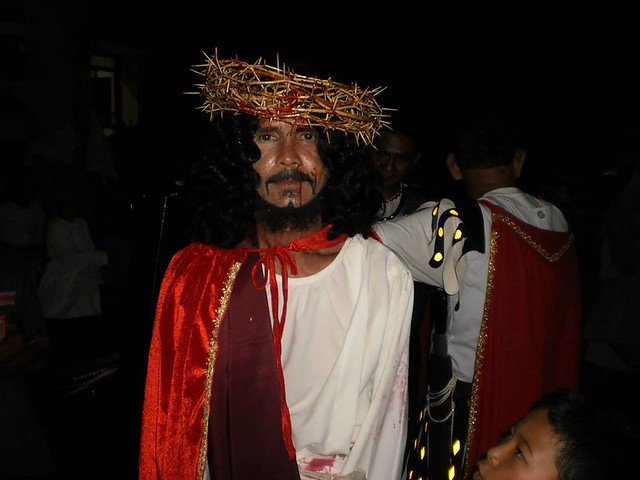 Yapak Procession and Other Holy Week Events – The Holy Week events will start off after the Palm Sunday.  It is followed by the traditional Live Via Crucis on Holy Wednesday. San Roque Parish Church also held a Taize Prayer organized by PYM (Parish Youth Ministry). Visita Iglesia is traditionally done during the Maundy Thursday. And on Good Friday, the “pahalik” and two special procession will be held including the Procession of Sto Entierro followed by Yapak Procession of Soledad. It has been a tradition for the Caviteños to held the so-called “Prusisyon Silencio” or the “procession of silence” every Good Friday. In this highly anticipated event, the people usually wears black and they will be walking in barefoot thus it is known as the “Yapak Procession”. Easter Vigil Mass is celebrated every evening of the Holy Saturday followed by Salubong on Easter Sunday.

SantaCruzan 2014 -Flores De Mayo or the Santa Cruzan is one of the highly anticipated celebrations that is being held in the month of May. Several church activities are being held in celebration with the said event including the daily flower offering to the image of the Virgin Mary. The grandest event is being held at the last day of May through the so-called SantaCruzan. Here in Cavite, we used to call the event as Sagala.

Regada Water Festival – Regada Water Festival is one of the most festive celebrations in Cavite City. It is done every 24th of June to honor St John The Baptist. It is basically a yearly tradition that is often associated with several water festivities such as Street Dance Parade, Karakol of San Juan Bautista, several other games and contests and of course the “Basaan” where people splash water to anyone whether they are strangers or not.

Halloween Parade –  Our City officials organized the yearly Halloween parade encouraging  people to wear the scariest and the coolest costumes for a chance to win prizes. As far as I know, there are three categories including the Kid Category, Non Professional and Professional category. Each will bring home respective prizes.  It is followed by numerous Halloween Parades organized by different schools including the daycare students. 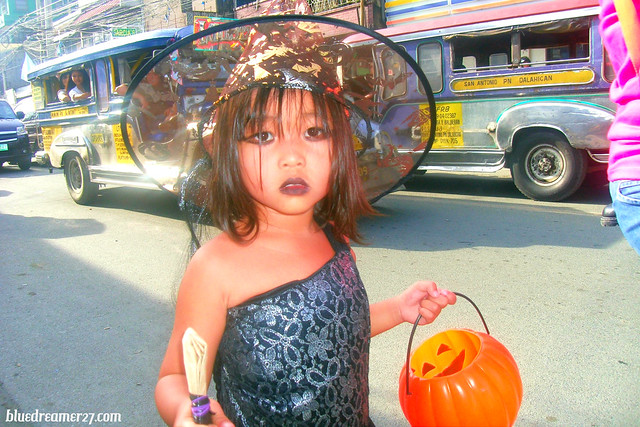 The Feast of Our Lady of Porta Vaga – Aside from the Regada Water Festival, one of the most anticipated celebrations here in Cavite City is the Feast Day of Nuestra Señora De La Soledad De Porta Vaga or Our Lady of Solitude of Porta Vaga. It is a two-weeks celebration starting from the second and third Sundays of November. The Second Sunday or the Primera Fiesta De La Virgen is the grandest of them all. A Day before the much awaited Fiesta, a series of Caracol are being held all through out the city of Cavite. In The City of Cavite, the Caracol is both done in the Sea and on Land. The Caracol Del Mar is where the icon is being taken on a boat that will sail towards the bay of Canacao where the apparition took place. 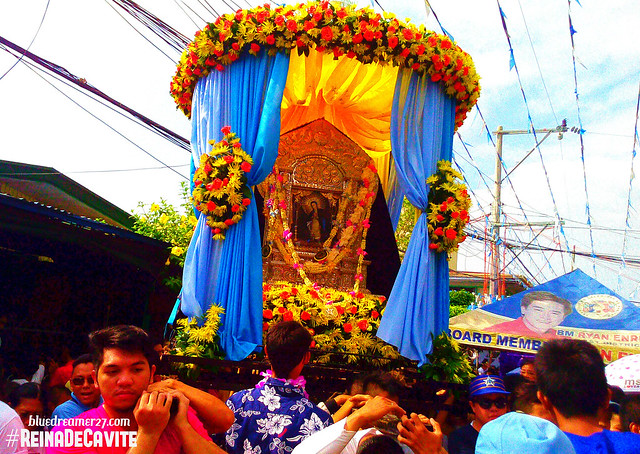 Bangenge Festival (includes the Kuneho and Lantern Parade) – Bangenge Festival is one of the much awaited Christmas events here in Cavite City. It is like our version of Angono, Rizal’s Higantes Festival but instead of depicting a family or the naive life in Angono, Bangenges are merely inspired from random characters which could either be a cartoon, an anime character, game characters or even a famous celebrity or personality. This event has been a long time tradition for the Caviteños. It has been here in Cavite City since early 70s.

Cheers! Today marks the 117th Independence Day of our country. The Philippine Declaration of Independence was proclaimed on June 12, 1898 in Kawit Cavite (formerly Cavite El Viejo)at the ancestral

Last Wednesday (June 21, 2017), we were lucky enough to witness a contract signing ceremony between the Paradizoo Theme Farm in Mendez, Cavite and the representatives from TESDA as the

The historical streets of Intramuros were once again filled with colorful Carozzas featuring over a hundred Marian images last Sunday. Despite the unwelcoming weather prior to the time of the