I just watched Glee Season 2 Episode 17 entitled “A Night To Neglect”. Well, i am happy to see our very own Charice again portraying her role as Sunshine Corazon. I think she’ll be the next Jesse St. James for this season. She sure has other motives here and I’m sure she’s kinda planning to make a revenge against Rachel Berry. Though her appearance didn’t took that long after performing “All By Myself”. She was supposed to do the closing performances at the benefit concert held by the New Directions but she informed Santana (via text message) that she will not be able to make it that day so as her Twitter followers. It was later revealed that the Vocal Adrenaline Director stopped her from coming to that event.

The Episode is not disappointing at all especially because the featured songs for this episode were great. Aside from Sunshine’s All by Myself, Gwyneth Paltrow also performed Adele’s Turning Table. Yikes. So brave of her to sing an Adele song right? So i must commend her for that though i believed that this will be her last appearance since she told Will Schuester that she’s invited to teach to other school and also she let go of Will already and encourage him to bring Emma back. Amber Railey (Mercedes Jones) nailed Aretha Franklin’s Ain’t No Way which is for me, the best performance for this episode. Well, I have heard the the next episode will give closure to Karofsky’s homophobic attitude and will also give way to Santana’s new love interest. 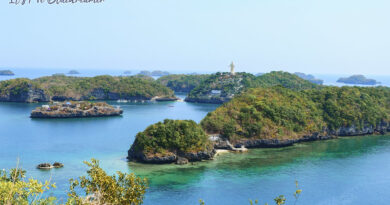 Will Visit Alaminos This Summer!