Have you ever tried using the so called “Hookah”? I was quite surprised when my cousin offered me this one. He’s working in Dubai and he’s offering me this brand new Hookah. For those who are not familiar about Hookah, it is a waterpipe instrument used for smoking in which smoke is cooled by water. Well, according to them, it is a safer and healthier way to smoke than using those commercially produced tobacco and cigarettes. The origin of this instrument was from India but has been widely used now all over the world. In the Philippines, the Hookah or Shisha was particularly used within the minority Arab Filipino communities and Indian Filipino, although particularly among indigenous Muslim Filipinos, a historical following of social and cultural trends set in the Middle East led to the Hookah being a rare albeit prestige social-habit of noblemen in important trade cities such as Cotabato or Jolo. There are various high end bars in Makati that offers Hookahs to patrons. Oh well, that sounds interesting but I’m really not into smoking so i had to refuse his offer. ^_^ How about you? Are you interested? Just give me a buzz and I’ll refer you to him.

Bringing The Classics Back 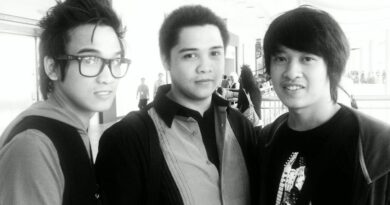