Despicable Me 3 finally hits the theaters and I am not really surprised why everyone is getting crazy about it! The third sequel in this film series which is starting to become a Cash cow, solidifying itself along with other successful animated films such as “Shrek” and “Toy Story”. Just when we all thought that the third installment will no longer offer an interesting storyline and may not be as strong as its predecessors, Despicable Me 3 is surprisingly a lot funnier and absolutely better than the first sequel! Our beloved Minions are back and they never failed to amuse us  (and yeah, that’s coming from a 28 year old guy haha)

Despicable Me 3 follows the event shortly after the Despicable Me 2 where Gru (voiced by Steve Carell) is now an eligible member of AVL (Anti-Villain League) along with his new find partner in life Lucy (Kristen Wiig) who is now trying her best to embrace the motherhood to Gru’s three lovely adopted kids Margo (Miranda Cosgrove), Edith (Dana Gaier) and of course the cutest Agnes (Nev Scharrel). It was almost a perfect life for Gru and Lucy until the villain Balthazar Bratt (Trey Parker) came into the picture. Gru failed to capture Balthazar (AVL’s most wanted villain) which angered AVL’s newly appointed leader which resulted to Gru and Lucy’s termination.

While coping up with the situation, a new character suddenly arrived. A revelation to Gru’s untold childhood. It turns out Gru has a twin brother named Dru (also voiced by Carell) who has better fortune with jolly yet weaker personality than his twin brother. Dru summoned Gru for one main purpose and that is to keep their family tradition alive ~ the villainy! Dru will try his best to convince his brother to follow their late dad’s footstep and and become one of the world’s top villain. So Gru must choose whether he will go back to his old self or to embrace the new one.

Going Back to the 80s
The film will interestingly take the viewers back to the 80s as Balthazar Bratt, a former child star of the 80s who is seemingly trapped in his generation , hoping that he could bring himself back to the limelight. He embraced his villain character so much and after his show got cancelled, he became eager to destroy Hollywood and put his Super Bratt character in reality with a mission to destroy the world. Balthazar Bratt has become obsessed with everything from his glory days so expect to see a lot of interesting reference from the 80s including that insanely shoulder pads and that huge quiff! The film will also treat us with a set of wonderful 80s-inspired songs from Michael Jackson ‘s Bad to Olivia Newton John’s Physical! Name it! This movie was such a great throwback and a huge blast from the 80s! Do not miss that epic Dance-fight showdown too!

Team Gru or Team Dru
It is unknown whether Dru will make a series of appearance in the franchise but he is absolutely an interesting addition to the ever growing Despicable Me series. Character or personality wise, Gru and Dru are exactly opposite. Our beloved Gru is often characterized as a disgruntled man, a sadistic, cruel and cold hearted guy who hides a great heart and kindness especially for his adoptive kids and his wife Lucy while Dru features a softer side, a coward yet misanthropic wealthy guy who is very eager to continue his dad’s legacy. Whether you are in Team Gru or Team Dru , the revelation behind Gru’s untold past was one of the interesting part of the movie. We will finally get the chance to discover Gru’s lineage and why villainy runs in his blood. Of course, I don’t want to spoil much about it so you better watch the movie on your own risk. 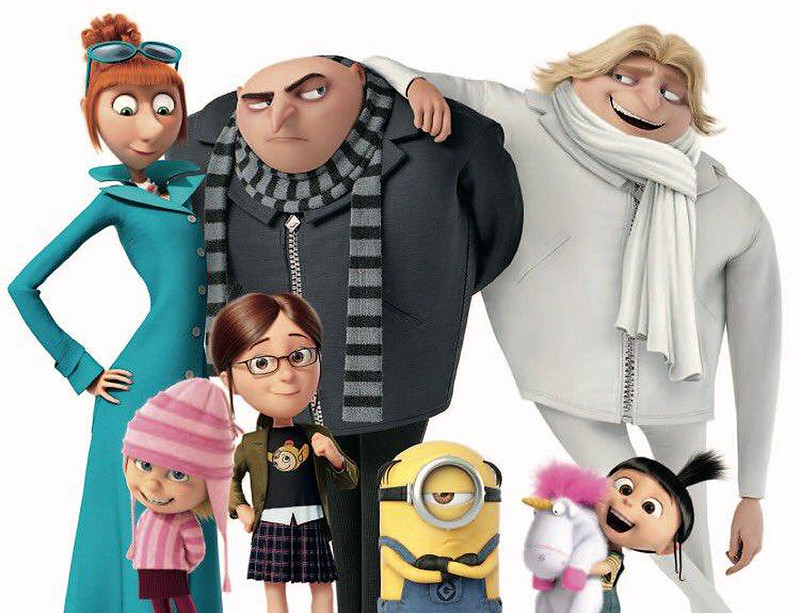 Character Build Up!
Just when you thought that the film will now run out of creative ideas for this third installment, the movie was surprisingly better than its predecessors. Well, the first movie was truly a great blast and put us all in great laugh while the second movie is equally wonderful to watch but the third movie gave us a predictable yet a perfectly balanced story line with right amount of emotion and humor. What I really love the most is how the film build up the characters we love. It was so interesting to see how Gru evolved from an ambitious villain to a responsible and loving father who put his family on top of his priorities. The movie will also emphasize a new lead Minion character named Mel who led the strike against Gru who refused to go back to the life of Crime. The kids are not the main focus of the story in this film but I can assure you that you will love Agnes even more especially her strange obsession with unicorns! Lucy on the other hand will find one of her greatest challenges yet, the motherhood. She will try her very best to win the kids hearts

Photo Credit: United International Pictures
Minions! Minions! We Need More of Them!
A Despicable Me movie will not be completed without this adorable yellow monsters and they never really failed to amuse us. Their overwhelming cuteness is actually great enough to put a smile on our faces. Their journey from that impromptu stage audition to that hilarious prison scenarios will never disappoint you and will definitely give the audience a great laugh! Minions and their obsession with crime may not be a great lesson to share but the fact that they give us great reasons to laugh matters the most. With so many depressing news that our country is facing today, we need more of these Minions to make us forget our problems even in just a short period of time. This movie may be catered for kids but everyone from all walks of life will find this really enjoying and worth watching! 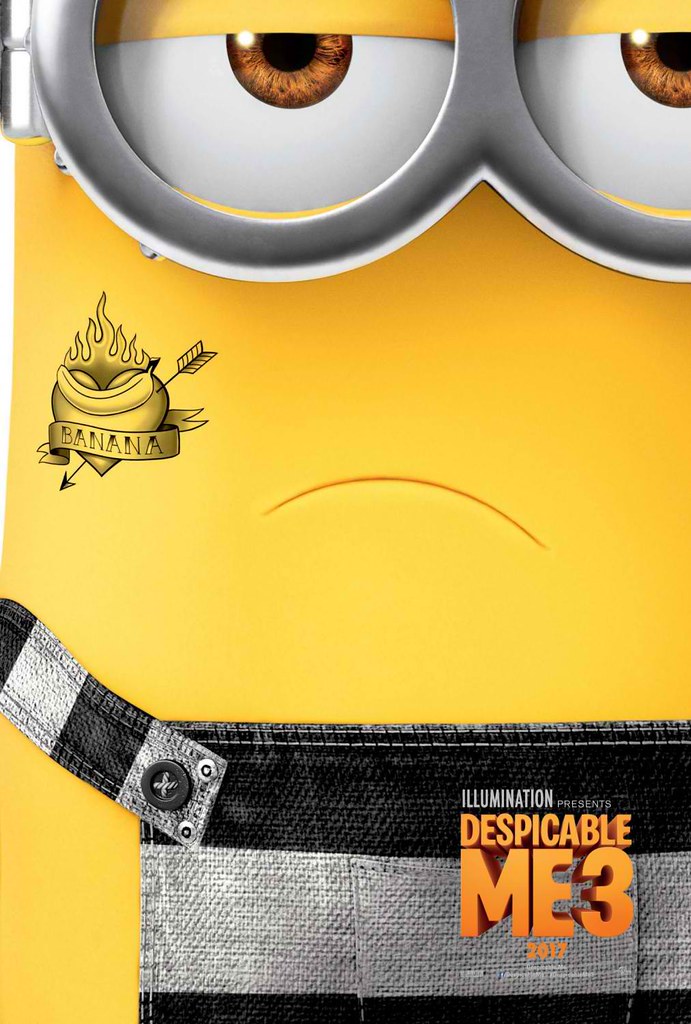 It took us four years of waiting for this new Despicable Me installment and it will take us another three years for the next Minions movie (2020) so better catch this film on theaters now!

Spidey Turns To A Nerdy Spy In “SPIES IN DISGUISE” 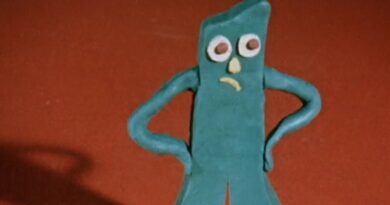 9 thoughts on “[Movie Review] Despicable Me 3 ~ Because We All Need Another Minion Movie!”