For someone like me who grew up watching the Power Rangers television series in the 90s, the anticipation over the new Power Rangers movie was so overwhelming. I’m expecting too much and hoping to see all my beloved characters in the big screen after over 2 decades. Finally I was able to watch the movie last night so now allow me to share you my honest review.

“Lower Your Expectations”
The anticipation for this movie is so overwhelming but you should not expect too much because you might find it quite disappointing. It is not the kind of Power Rangers that we grew up with. The theme was darker and deeper and there was so many changes made for this movie. The film is still set on the fictional town of Angel Cove in California where five different individuals “with attitude” were chosen to be the next line of generation of Power Rangers. I just can’t embrace the randomness shown in the beginning of this film and how each character is being introduced. At some point I thought I was watching a darker version of High School Musical (I don’t know if it’s just me but Dacre Montgomery reminds me of Zac Efron).

“New Power Rangers With Superhuman Skills”
One notable changes made for this film is how the rangers got their super powers. In the original series, Zordon gave them the ability to transform into a fighting force and equip them with an arsenal of weapons (each has their own specialty). They are also provided with colossal assault machines called “Zords” which we all known, can be combined and turn into a giant humanoid. In this movie, however, the team already earned super powers and strength by the time they obtained the “coins”. The coins saved them all from possible death after being hit by a train but they surprisingly found themselves alive. They just woke up in their own room with unexplainable super strength. This discovery leads them to the secret base of Zordon where they were welcomed by Alpha 5 (this time he looks like an alien robot).

“No Weapons”
I know it is not a big deal. Why they need weapons if they have super strength that could help them in every combat right? However, every kid who grew up loving the series will identify each ranger not just by their color but also by their distinctive personal weapons. Red Ranger possesses a long sword, Billy a trident, Pink a Crossbow, Yellow with daggers and Black with power axe. These weapons were not shown in the movie which is quite disappointing. In addition to that, the Zords are not greatly emphasized in the movie. They just appear out of nowhere ( but I love the part where the original theme song was played during their first appearance)

“ The First Lesbian and Autistic Rangers”
Interestingly, Power Rangers is the first blockbuster film to feature major LGBTQ and Autistic Spectrum superheroes. Becky G who plays Trini Kwan (the Yellow Ranger) was revealed to be a lesbian which marks her as the first superhero in a Blockbuster film to be an openly gay character. Billy Cranston, on the other hand portrayed another interesting character. He played The Blue Ranger (Billy Cranston) who has an Autism. I actually find his character more enjoying than his original counterpart. He provided most of the film’s comical relief and his character is simple the most likeable of them all ( I was actually a Red Ranger fanatic but this film is an exemption haha).

“Cameo Roles”
Hey guess what, two of the original power rangers can be spotted in the movie in a brief cameo appearance as two of the Angel Cove citizen. I personally think that it is one of the best parts of this movie. It was so nostalgic that suddenly lifted my inner kid out of my body. I was actually hiding my excitement because I don’t want to be embarrassed as I was sitting beside kids who were accompanied by their dad (I think he just used his kids just to have a valid reason to watch the film hahaha)

It is not the kind of Power Rangers we grew up with but that’s totally fine. For a movie that is inspired from a TV series which expanded for many seasons and years, it is understandable that they cannot input everything in a 1hr and a half film. They could have done better though or remained faithful with the original series with minor changes but they seemingly went to far. Oh by the way, you must watch the show til the very end. There will be an after credits scene that hinted us for a possible sequel.
My Rating for this movie is 2 out of 5 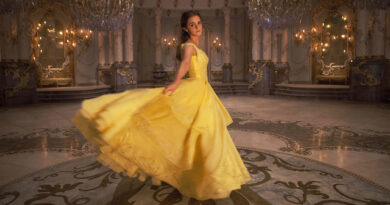