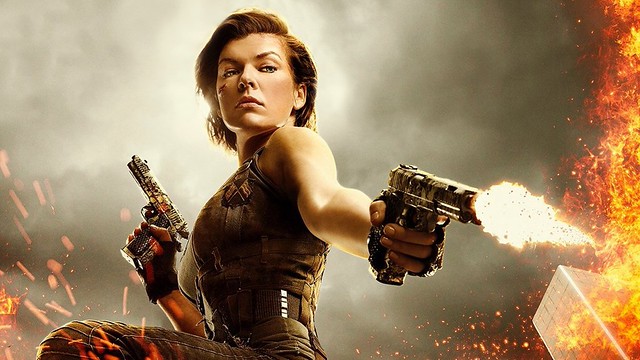 Resident Evil film franchise finally concluded with Resident Evil : Final Chapter. If you have been following the series, you should know that the film is not connected by any means to any of the original gaming franchises. Although it is loosely based on the video game, the movie follows a different plot. The films follow protagonist Alice, an original character created for the films portrayed by Milla Jovovich. Alice, who was once a security operative working for Umbrella, becomes an enemy of the corporation.

Resident Evil : The Final Chapter took place three weeks after the event of the last film and if you all guys remember, the previous film concluded in a seemingly inescapable scenario where the Alice and the rest were surrounded by an overwhelming and seemingly interminable horde of zombies. The Final chapter will prove us how this catastrophic event will end.  Is the plot good enough to give justice? Will it be a satisfying ending? Take note, the following paragraphs contain SPOILERS!!

Milla Jovovich , for one last time, will try to prove us all that she is still the reigning Queen of Kick-butt. She will show us how she can really kick some ass with her amazing fighting skills and probably tons of great luck. The main questions I got from the last film is how the hell they will conclude such cliffhanger. So without any further ado, here are some of the best parts of the movie that you better not missed!

Back To Raccoon City

As a Resident Evil video game fan, I got thrilled to find out that the movie will go back where they started. The movie will have many references from the five previous film especially the first one.  Alice and her newly formed company will go back to the hive which is situated at the heart of Raccoon city. The main purpose is to retrieve the so-called airborne virus which is capable of killing every organism infected by the T-virus.

The Laser Room is back!

Since we are talking about the Hive, we will finally get a chance to see that freaking Laser room back. It was not in great condition though. Aside from the Laser room, we will also witness various puzzles and traps that Alice’s team will encounter along the way.

It’s not really a secret that I have a huge crush on Claire ever since the Resident Evil 2 video game. Knowing that Alice is a supernatural being, It is safe to assume that Claire is the most badass female ever existed in this chaotic universe created by the Resident Evil Film franchise. The role of Claire Redfiled is reprise by Ali Larter and I think she gave enough justice to her character. I appreciate how they somehow remained faithful on how Claire is being depicted in the game (I was just hoping to see her with her famous pony hairstyle). Too bad, some other characters from the previous franchise (who are adapted in the series) like Leon Kennedy, Ada Wong and Jill Valentine didn’t reprise their respective roles, otherwise, it could have been more epic.

Just in case you know everything about the movie and the Final Chapter has nothing more to reveal, well, think again because it give us an interesting plot twist that I’m sure none of you would ever expect. The movie introduced a character known as Alicia Marcus who was preserved in a cyrogenic capsule along with other rich and powerful people. It turns out, Alice was just a clone of Alicia. The Red Queen, on the other hand, was revealed to be an AI patterned after Alicia. The Red Queen reveals that before Alicia died, she uploaded memories of her childhood into the AI who shares them with Alice so that she will now have those memories as well and can become the woman Alicia never got the chance to become due to her deadly disease. At some point, it feels like watching a Christmas Carol in a post apocalyptic world.

Since this is the last installment, there is really no time for another non-sense story line. Resident Evil : The Final Chapter offers a non stop action which somehow reminds me of the Mad Max movie but in a lower scale. There was never a dull moment but it lacks of a climatic sequences.

Overall, with so many negative reviews from critics since the very beginning of the franchise, we cannot deny the fact that Resident Evil is the only commercially successful movie series that is adapted from a video game. The ending of the movie somehow revealed that the outbreak is not yet completely over but good enough to show that the humanity in this fictional world of Resident Evil is about to be restored.

I was hoping for a reboot by the way but I want a Resident Evil series that is solely inspired from the real video game.

Two More Pinoy Acts Made It To Asia’s Got Talent Season 2 Semi-Finals!!