The anticipation over the new Mummy movie is truly overwhelming and now that it finally hits the theaters yesterday, is it really worth the wait? I am a big fan of the Brendan Fraser Mummy franchise but I was surprised that the trilogy was actually the third time the series was rebooted. The first Mummy franchise can be traced back to 1932, the original series that expanded to 6 installments. Four years after the original Universal Monster franchise, Hammer Film Productions came up with their own Mummy film franchise which expanded up to four installments. Three decades later, the Stephen Sommers series was born starring Brendan Fraser as the lead role. The trilogy lasted til 2008 with Mummy : Tomb of the Dragon Emperor (the fourth one was cancelled) and a spin-off for Scorpion King was also made with one film that stars Dwayne Johnson (2002) and three more Direct to Video films.

Nine years after, Hollywood decided to bring this iconic monster back to life but this time in a modern day setting and they got bigger plans not just for the new film series alone but for the new cinematic universe they planning to create ~ the Dark Universe. If there is really one thing that excites me the most is the fact that Universal Studios are planning to bring all their iconic monster back into the big screen and put them all in one cinematic universe. So how did the new Mummy film weighs in?

A Good Start For A New Cinematic Universe (But They Could Have Done Better)
For a movie who will bring light to a newly born cinematic universe, we should expect to see something extravagant and something remarkable. Kong :  Skull Island, for an instance did an amazing job to start the fire and now, everyone is so excited on what The Monsterverse has to offer. In case of The Mummy, they actually did a decent job of bringing this monster movie back to the big screen but I personally think that they could have something better. For me, something is lacking in this movie but I cannot really tell what exactly is missing here. It’s probably the lack of Egyptian setting or the lack of “scare factor“. Don’t get me wrong, this is a monster movie so we should expect something thrilling or scary. I still remember how terrified I am after seeing those flesh-eating scarab beetles in The Mummy (1999) and how they crawl under your skin and eat you alive! Although we are welcomed by creepy spiders in this film, it was not scary enough. It was generally a good film to start a new cinematic universe but I think they could have done better to leave a bigger impact.

Right Movie Wrong Period
The Mummy follows a story of Princess Ahmanet (Sofia Boutella) who killed his father Menehptre, his new wife and his newly born kid knowing that the kid will inherent the throne she’s been working hard to earn. She sold her soul to a demon with a promise to make her a Queen in return. However, by the time she is about to kill her lover as a sacrifice, Ahmanet was captured and condemned to be buried alive somewhere in Mesopotamia (present day Iraq). This will take us to the present day with Tom Cruise as Nick Morton and his partner in crime Sergeant Chris Vail (played by Jack Johnson) who accidentally discover the tomb of Ahmanet while fleeing from groups of Iraqis. Morton accidentally freed Ahmanet and has been cursed as well. He became the chosen one and now he should find the way to break the curse.  Although the idea of bringing the Egyptian setting to a modern day period is pretty clever, I guess what went wrong here is the execution. The scenes on the woods where Morton (Tom Cruise) and Jenny (Annabelle Wallis) were trying to flee from Ahmanet and is being chased by mummified enemies were quite confusing and some parts were actually unnecessary.

Photo Credits: United International Pictures
Tom Cruise Channeling His Ethan Hunt
Rather than being a Rick O’Connell or an Indiana Jones-inspired character, you will often see Tom Cruise channeling his famous Ethan Hunt character in the entire course of this film. It was like watching a fantasy version of Mission Impossible but it is really impressive that a 55 year old guy can still give justice to those wonderful action sequences. Well, he might have doubles but wow, this guy is still in great shape despite of such age. He was even paired with an actress who is almost half his age. Although I must say that despite of the love team being  heavily emphasized in this film, Tom Cruise and Annabelle Wallis pairing somehow lacks of chemistry. Jack Johnson’s character, on the other hand, is an interesting comical addition to the cast but his role doesn’t make any perfect sense though.

Photo Credits: United International Pictures
The Rise of the Dark Universe
Despite of many notable flaws, what really excites me here is that it is just at the beginning of a bigger and grander cinematic universe. Unlike the other cinematic universe, this movie will not open the door in a very surprising way. It was in fact very revealing! Thanks to the character of Dr Henry Jekyll (played by Russell Crowe), head of  secret society dedicated to hunting supernatural threats which includes monsters who will give us a hint of what the future films in Dark Universe will look like. His strange curse and the story behind it made us even more intrigued. Dr. Jekyll and Mr. Hyde already appeared as an important character in Van Helsing, the first movie that attempted to bring the classic Universal Monsters alive in the big screen. Hint: Just pay close attention to his laboratory and you will spot a lot of references to different iconic Universal Monsters such as Dracula and more. The Mummy may not offer a great start for the Dark Universe but the idea of bringing all our favorite iconic Monsters in one shared universe put me in so much excitement.

Overall, the film is still worth watching. It may not have those real Mummy-elements that the monster is often associated with but still a decent movie filled with great action sequences and pinch of funny humor. Feel free to catch The Mummy in cinemas! (Rated R 13 by the MTRCB) 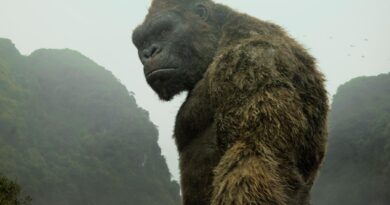