It’s really hard to imagine the Christmas here in the Philippines without seeing those Puto Bumbong and Bibingka being sold outside the church especially after the Simbang Gabi (Misa De Gallo). Seeing these yummy Pinoy delicacies is more like a reminder that Christmas is nearly approaching. 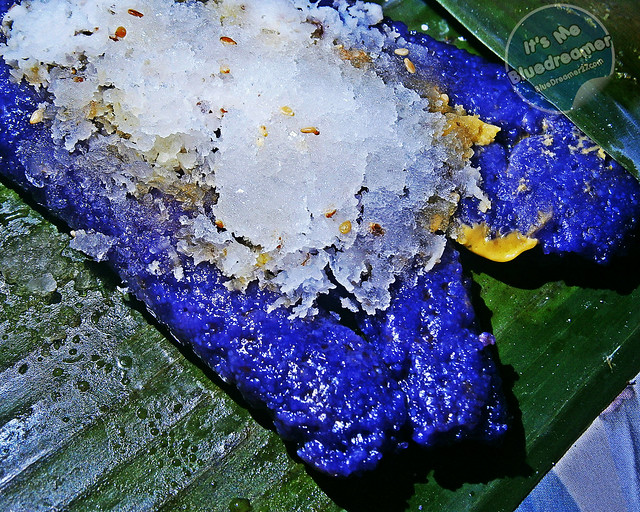 Puto Bumbong is a traditional purple-colored steamed cake. It is typically made from a special variety of sticky or glutinous rice (called pirurutong). They said that Puto Bumbong is basically inspired from the Indian Puttu but instead of the traditional green, this delicacy is dyed in purple as it is the liturgical color of the Advent season, the time when Simbang Gabi usually takes place. The rice mixture is soaked in saltwater and dried overnight. It is being cooked using the traditional bamboo tube steamer. The mixture will be poured in the bamboo tube which is called “Bumbong” and then steamed until steam rises out of the bamboo tubes. It is served topped with butter or margarine and shredded coconut mixed with brown sugar or better yet with “panutsa” (muscovado) 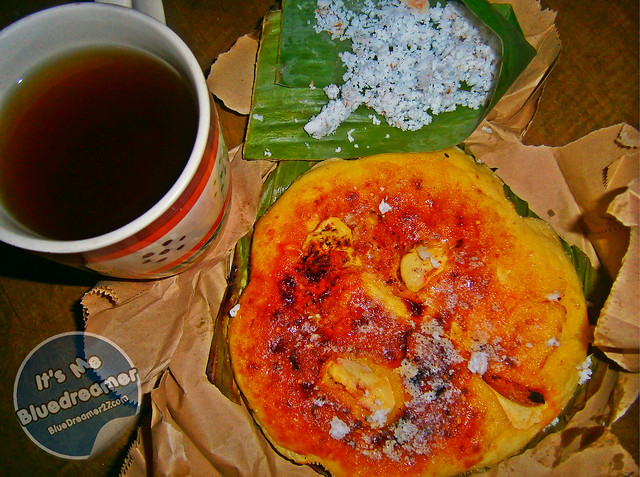 Bibingka on the other hand is also a type of rice cake. It’s more like a Pinoy version of the Western’s Pancake but thicker, fluffier and with a twist. Bibingka is made with rice flour (galapong) and coconut milk or water. Other ingredients can vary greatly, but the most common secondary ingredients are eggs and milk. Interestingly, what makes Bibingka more distinctive with other pancakes is how it is being cooked. Bibingka is cooked using a special clay pot , lined with a piece of banana leaf, with live coals on top and underneath. The end result is a soft and spongy large flat cake that is slightly charred on both surfaces and infused with the unique aroma of toasted banana leaves. It is usually topped with slices of kesong puti (white cheese) and itlog na maalat (salted duck eggs).
Along with Puto bumbong and Bibingka, there’s also another popular pinoy delicacy known as Suman (another rice cake). Oh and every time you buy puto bumbong or Bibingka, don’t forget to ask for your free tea!

4 thoughts on “Puto Bumbong And Bibingka”

We used cherries mostly to complement almost any sweet or savory dishes like desserts most especially on ice cream or salad, they mixed it with wines too. But did you

Two days ago, i mentioned in my post, “Improving Your Kid’s Appetite”  that Milzon and I will make a Bento. And so this is it. Our very first Bento. A

Sweet Solutions Cakes and Cafe recently opened their newest branch in Robinson Place in General Trias Cavite. The bakeshop itself started in 2006 (the first shop is located in Imus)  and