Home remedies are good but there are instances that we should not take the risk and consult a health care specialist instead. I came to realized this thing when I tried a home remedy myself but ended up with a disastrous outcome. I was a month ago when I realized that I have a wart on my foot. It’s not too big and not a bothersome either but I was eager to remove it. So i searched some solution online and discovered that garlic is one great home remedy to remove the wart naturally. I grated two cloves of garlic and apply it on top of my wart. I felt the burning pain and I thought it is a sign that it is taking its effect. A day after the application, i realized that i burnt my skin and it turned dark and worst, it was infected and I can see the pubs coming out (gross).

I didn’t go to the doctor and search for another remedy online instead (not advisable though). I came across an article stating that I should apply a triple antibiotic cream and so I ended up buying “Tetramycin Plus”

It is an antibacterial skin ointment. The Plus means an additional benefit of this ointment which prevents the burn from scarring or at least lessen its visibility. I tried it to cure my burn due to the raw garlic that I applied on top of my wart (unfortunately, the wart didn’t go away). Impressively, the pubs went away the night after the application and the scar begin to show up. I applied it once more and they went off the day after. 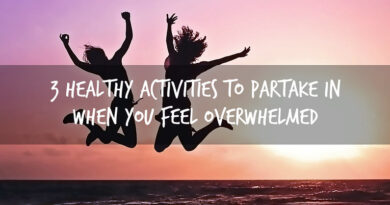 3 Healthy Activities to Partake in When You Feel Overwhelmed