The grammy award winning group of U2 320 will be having a concert here in Manila. It is set on September 24 at SM Mall of Asia Concert grounds. I think this will be a dream come true to all U2 fans. The group has a total of twenty two Grammy awards since 1988.Aside from the awards, for the record, U2′s concert tours in several areas of Europe, North America and other parts of the world are all sold out. The band has also sold more than 170 million albums worldwide. However, there are rumors that the tickets are worth P30,000 and above. But i guess there will still be people here in our country who are willing to spend such amount just to see and watch their idols perform live.

A Trip To Binondo : The Binondo Church 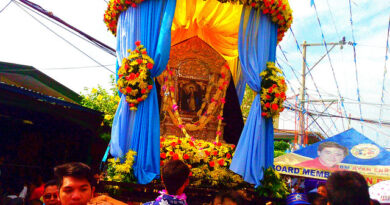