Do you have any idea what pushes Antique enthusiasts to collect such vintage and expensive items? I was actually in an online forum last night when someone raised a topic about antique collections. He was actually asking where to buy vintage watches. He mentioned some brand names too. Don’t you think it’s weird? Will you ever spend your money in buying old items? Well we are talking about antiques here and we all know how expensive they are right?
What’s the reason why these items are highly valued by others and why they are so passionate in buying and collecting them? Well they said that these items have what so called “Historic value” which are highly desired by the collectors. It almost served as a treasure that symbolizes an era,a previous period of time, a lost generation, or perhaps it’s a period of history that we fondly recall. These items can make those history alive again.It is also said that when you buy antique furniture,products or items , each piece becomes part of your surroundings, your home and your life.
But of course, this kind of hobby is not for everyone especially for someone like me who can’t afford to buy one. I would rather save my money than having such an expensive collection like this. Actually, these antiques reminds me of the old magazine that i found few weeks ago. Check on these vintage clocks. 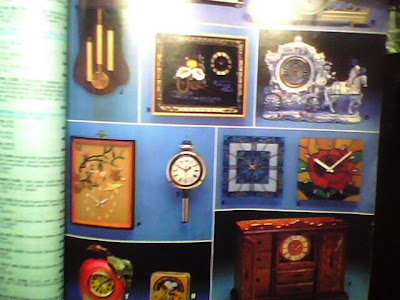 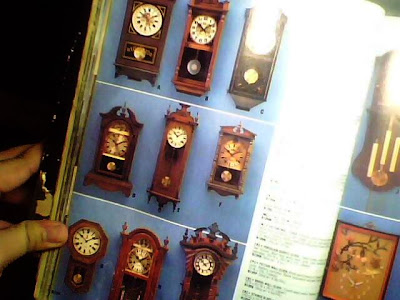 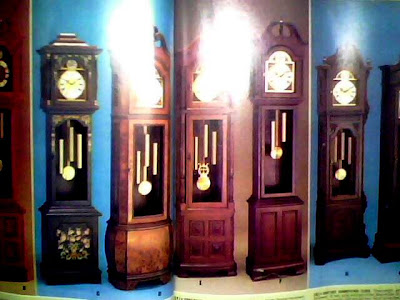 Grandfather Clocks
Comparing their prices to those vintage clocks being promoted to some auction sites today have huge differences. According to that old magazine, you can purchase the clock for as low as $40. But of course the value of the money that time isn’t that high compared today.
There are various types of clocks and they come up now with so many stylish designs. But of all the clocks, i guess nothing could be more stylish than the Cuckoo Clock. I remember when i was a kid, we had a cuckoo clock at home though it was just made out of plastic. When the hour struck, the bird will come out from it’s nest and will produce that cuckoo sound which is truly magical and enchanting for me.
These Cuckoo clocks were present since 1629 so do not be surprise to see a lot of them in some antique shops. But actually, you do not have to spend big amount of money to buy those vintage items since cuckoo clocks are still being manufactured by some companies until today. SINIX Corp. is a well-known Wall clock manufacturer from Korea. They were established since 1998 and is now exporting high quality clocks all over the world including Europe,South America, Middle East and Southeast Asia. They are well known for producing high quality Grandfather Clocks, wall clocks, and cuckoo clocks.
It is true that modern clocks do not have historic value on it but most of them are still being manufactured and designed in the traditional style. Just like this one.

You can still see the traditional wooden case that is decorated with carved leaves and animals on it. The good thing about this clocks is that, aside from having the traditional style, they’re also putting modern touch on it which makes it more elegant.
Aside from the Cuckoo bird, some of the designs may come up with dancing dolls and villagers too. This one below is my personal favorite.

If you’re interested, you can check the official webpage of SINIX at http://sinix.en.ecplaza.net and see what else the site has to offer. There are more than 300 varieties of World Class Wall Clock s that are being manufactured by SINIX. From Grandfather Clock to digital clocks. So do you think there is a sense of buying vintage clocks if you can have the same value and quality in the modern ones?
Have a great day guys and happy blogging

4 thoughts on “Wonders of Cuckoo Clock”

Here’s a photo of my mom taken few weeks ago as we treat her to one of her favorite restaurants. She was actually so proud to showcase her bag as

If you visit Fernbrook Gardens in Alabang, you will see their stunning Classic car displays. I’m lucky because my Auntie invited me here while she’s practicing the wedding rehearsal of

Time really run out so fast and I just can’t imagine that 2 months from now, i will turn 22. Yikes! Growing old is something that all of us can’t