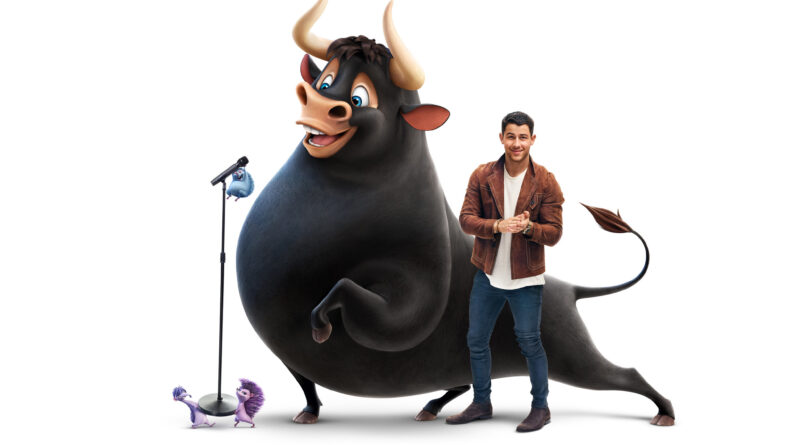 Set in Spain, the delightful movie “Ferdinand” tells the remarkable story of a gentle bull, voiced by John Cena, a gentle giant who prefers flowers to fighting and has no desire to face off against matadors in the bullring. It follows Ferdinand as he embarks on a thrilling, dangerous and fun-filled journey to find love, acceptance and a real home. ‘Home’ is also the title of the new song from Jonas, about the place where people (and bulls) can relax and be themselves.

From the award-winning Blue Sky Studios, “Ferdinand” was directed by Carlos Saldanha. Based on the classic 1936 children’s book of the same name, by author Munro Leaf and illustrator Robert Lawson, the film also stars Saturday Night Live’s Kate McKinnon as the voice of Lupe the goat.

We join Ferdinand as he sets off on an adventure looking for somewhere he can call home. He comes across an idyllic farm, befriends the kind farmer and his little girl, Nina, and finds happiness and peace in the flower-filled countryside. But Ferdinand is torn apart from his adoptive family after he’s mistaken for a vicious beast and he ends up in a bull training camp, the last place he wants to be! Developing a friendship with a quirky and hilarious ‘calming’ goat called Lupe (Kate McKinnon) Ferdinand has one goal—to get back home to Nina’s farm. 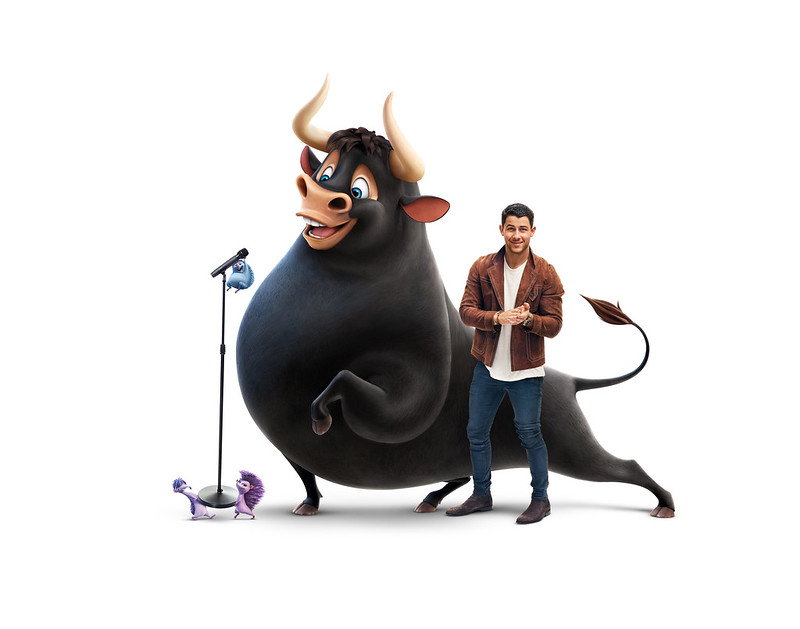 It is a theme that resonates strongly with Nick Jonas who wrote and performed the song ‘Home’ for the film. He collaborated with acclaimed musician Justin Tranter and songwriter/producer, Nick Monson. According to Carlos Saldanha, ‘Home’ captures the spirit of Ferdinand. “I wanted a song to reflect the lightness and the power of the film, and I wanted it to feel emotional and fun, just like the movie. Nick wrote brand new lyrics and a brand new melody for us and it was perfect. ‘Home’ plays in the film at a very empowering moment for Ferdinand, when he finds a place where he’s accepted. The song is wonderful and reflects the idea that home is a place where your heart is and where you can be your true self.”

Jonas shares that, “I’ve used the word ‘home’ in songs before but this was the first time that I really sat and thought about what it meant to me, what I was saying with that word and the significance of that message. For me, it’s all about my family. Any time I think about the moments of my life that are really hectic and insane, I think about home. If I look back at the 12 or 13 years of my career so far, it is family that has been the constant in my life. So I wrote this song about my family and the importance of that grounding factor in life. That is what home is all about.”

“I think the beauty of Ferdinand as a whole, is that it is highly relatable, no matter what your journey in life is all about, or what your circumstances are. It is about acceptance and it definitely relates to me. I went to regular school in my early life, when I was seven, eight and nine years old. At the same time, I was also doing Broadway shows in New York City. So during my school hours, I was spending time with other kids who didn’t share the same interests as me. But when I was working, I’d be around adults who loved musical theatre and telling stories and singing and dancing. That was where I felt more accepted than when I was around kids my own age,” concludes Jonas.

“Ferdinand” opens January 8 in cinemas from 20th Century Fox to be distributed by Warner Bros.

For the mean time, feel free to check the trailer below