After our fulfilling lunch in Hidden Garden (Check : Hidden Garden : Lilong and Lilang Restaurant), we headed next to our last destination in Ilocos before going back to Cavite. It was actually not part of our plan as the elder members of our group are already tired and they just want to go home but thanks God, someone from the other group insisted to visit the famous Bantay Tower!

Ilocos is seemingly a region that houses a lot of old and historically significant churches. The well-known Bantay Church is the third church on our 3-day itinerary. We first saw the striking Vigan Cathedral in Vigan City (Check: Vigan Cathedral) and the marvelous Paoay Church in Paoay Ilocos Norte (Check : Paoay Church) and now, we’re visiting an equally stunning church of Saint Augustine Parish or more popularly known as the Bantay Church. 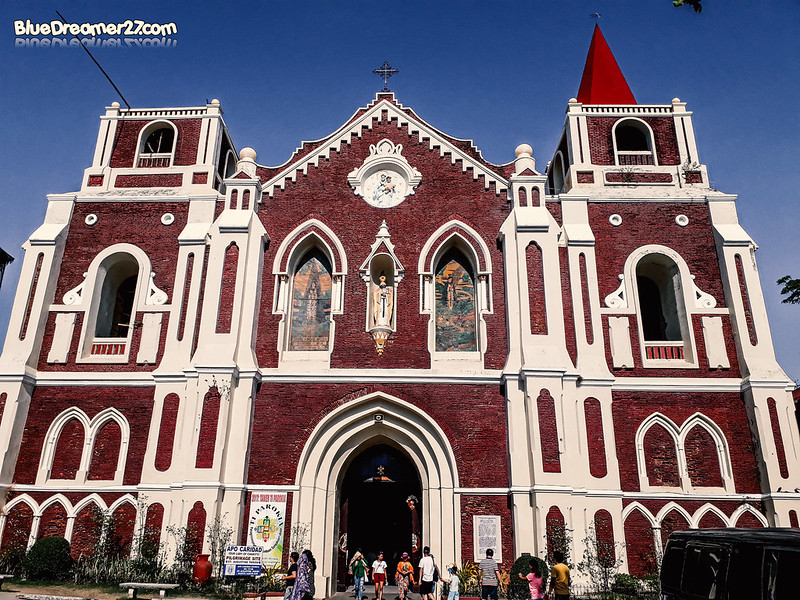 Saint Augustine Parish in Bantay, Ilocos Sur was built in 16th Century but what really made the church well known to many is the separate belfry located on top of a hill.  The belfry was once used as a watchtower to guard the town from the pirates during the Spanish colonial period, hence the name “Bantay” which literally translates as “guard“. Strategically located on top of the hill, the tower can give you a panoramic view of the towns of Vigan and Bantay. The tower which is built in 1590 is still standing firm, making it one of the oldest structures in Ilocos. 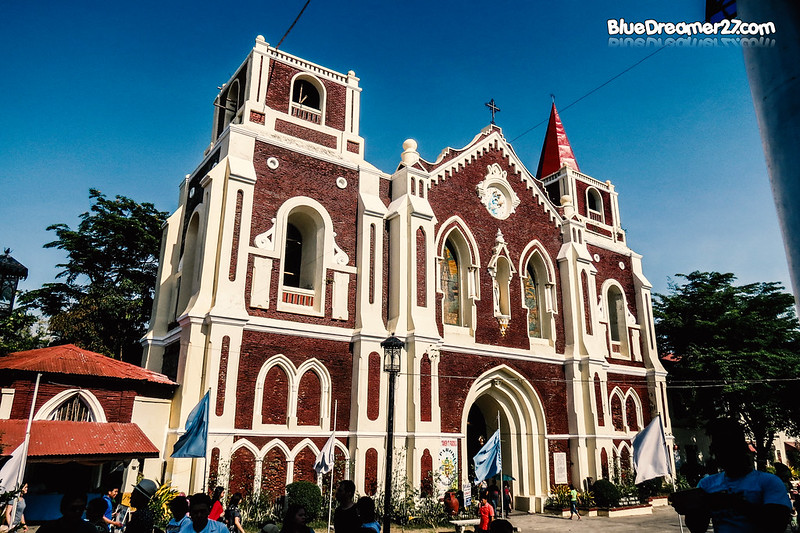 The reddish facade of Bantay Church is sporting a Neo-Gothic style with some notable Romanesque elements and details on it. The church itself was heavily damaged during the second world war but was rebuilt in 1950 and the old facade was completely restored back to its former glory. Bantay Church is not just dedicated to Saint Augustine of Hippo but also under the patronage of Our Lady of Charity (Nuestra Señora Dela Caridad) or more popularly known to many as the Apo Caridad de Bantay, the patroness of Ilocandia. 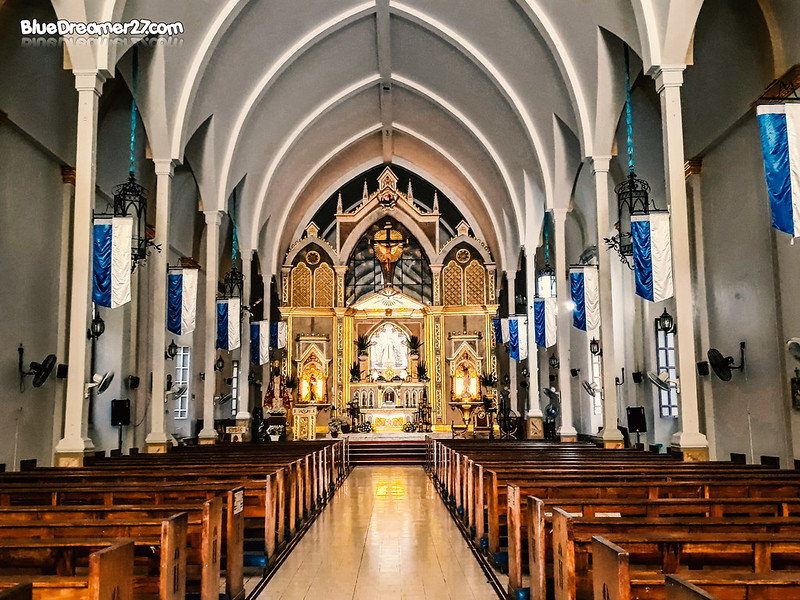 The central nave of the church and the stunning retablo enshrining the miraculous image of Apo Caridad. The interior of the church is equally mesmerizing 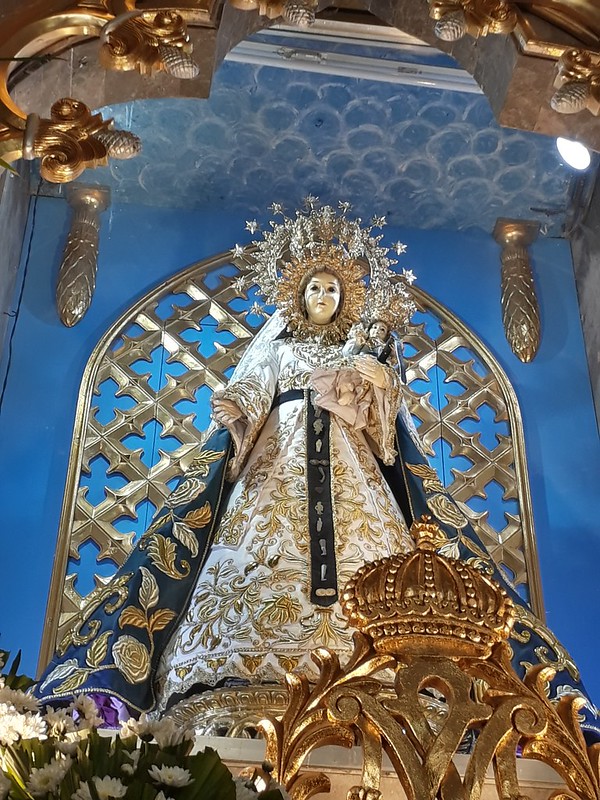 The image of Apo Caridad on the heart of the main altar. I am not really sure though if this is the original image of Apo Caridad. The image of the Virgin Mary has been attributed to many miracles ever since it was enshrined in the church. It is also considered as one of the oldest Marian images in Ilocandia. The feast day of the Our Lady of Charity of Bantay Ilocos Sur is celebrated on the second Sunday of January in commemoration of the canonical coronation of the image. 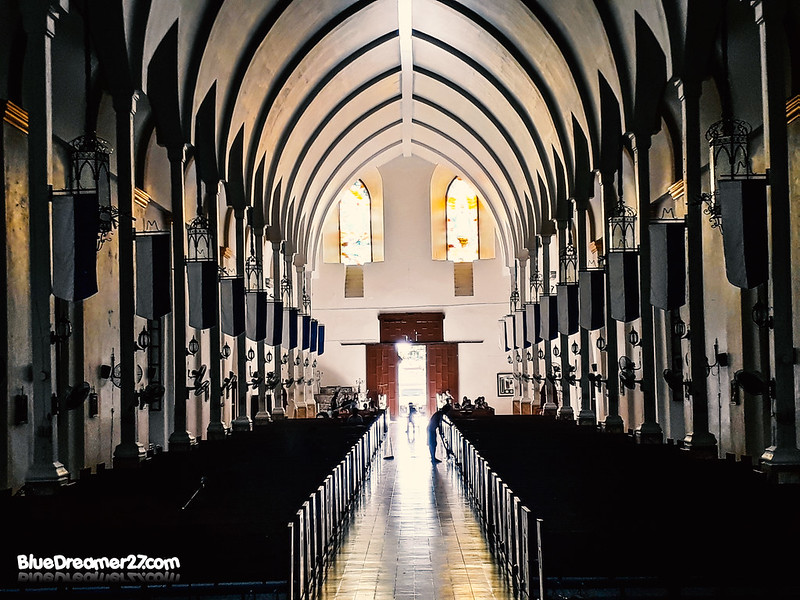 I’m pretty sure that People with OCD will appreciate this highly symmetrical design of Bantay church! 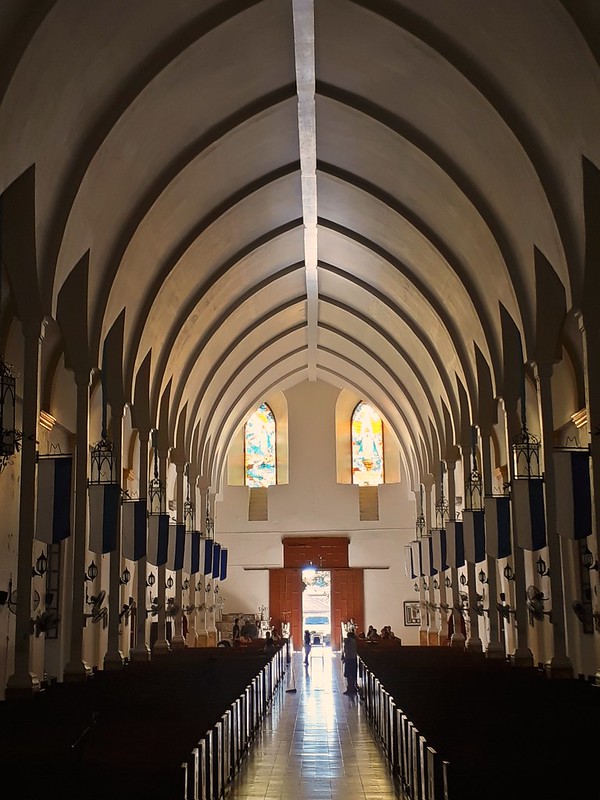 The Bantay Church and the tower is not the only thing that shares a remarkable piece of history, the town itself is known for its huge historical significance. One of the earliest known Filipino writers Pedro Bukaneg for an instance is a native from Bantay as well as Diego and Gabriela Silang. Some of their notable battles took place near the Bantay Church and tower. 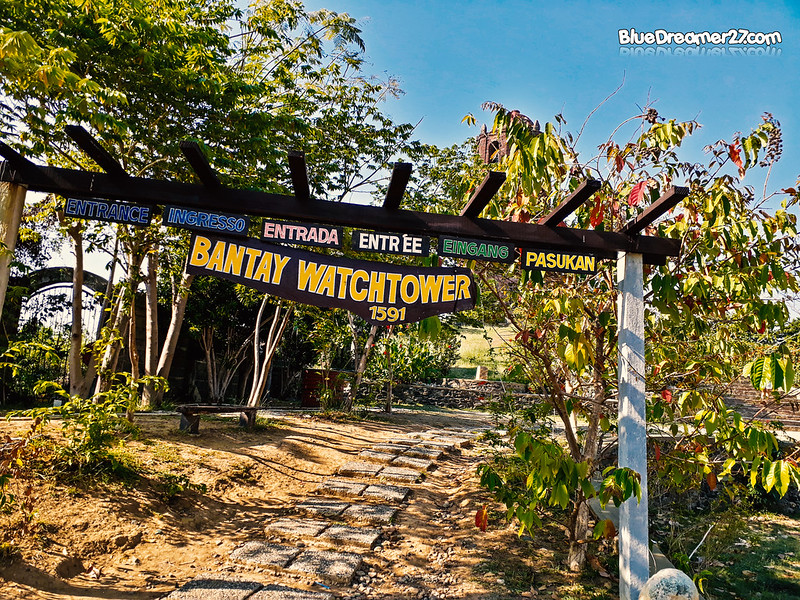 Interestingly, the belfry of Bantay church is more than just a reflection of history. It is also an evidence of remarkable architecture as it defies age and managed to stand firm and strong for many centuries. The tower is still functioning and to top it all, visitors can also access the tower and embrace the remarkable view from top. There is NO admission fee but donations are being encouraged. 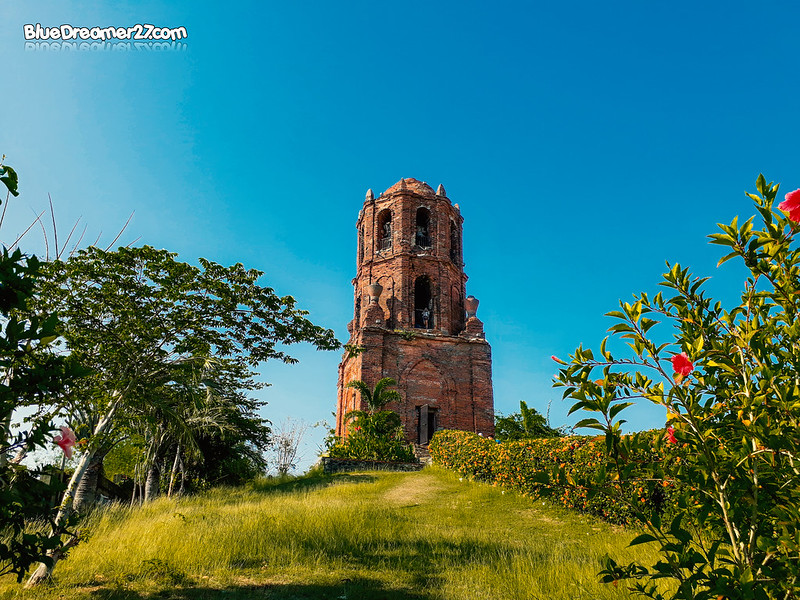 The famous Bantay bell tower situated on top of the hill. It’s not really that far from where the Bantay Church is located and it will only take few walks and steps to reach the tower. The stairs going on top of the tower however was quite a challenge. 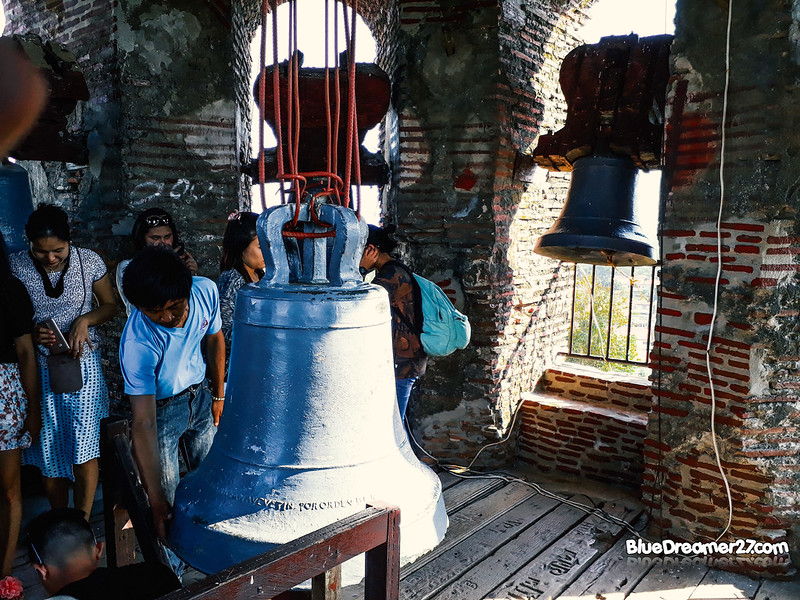 In order to reach the top, you need to pass through a series of spiral concrete stairs while the upper most part are small and narrow wooden steps. Each window has a functioning old bell with a bigger bell on the center. 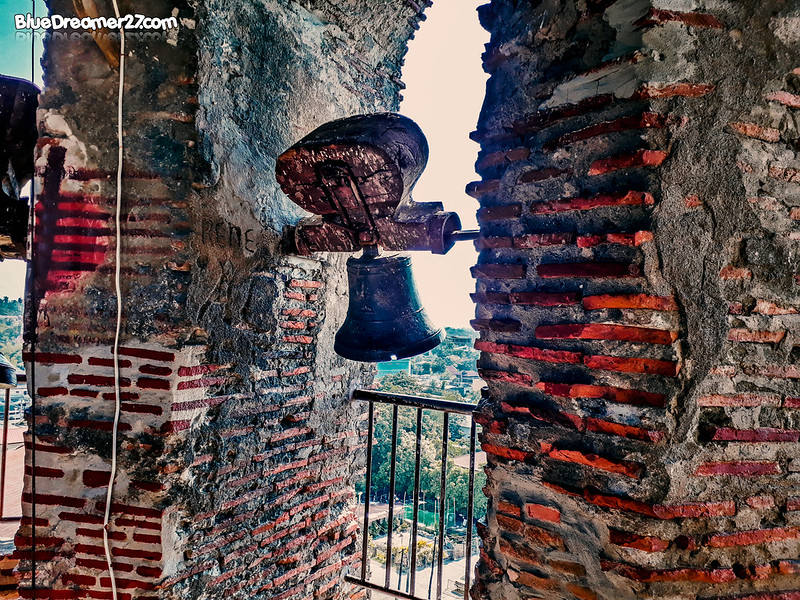 The best and more rewarding part of this tour is the chance to get a visually striking view of both Vigan and Bantay towns. 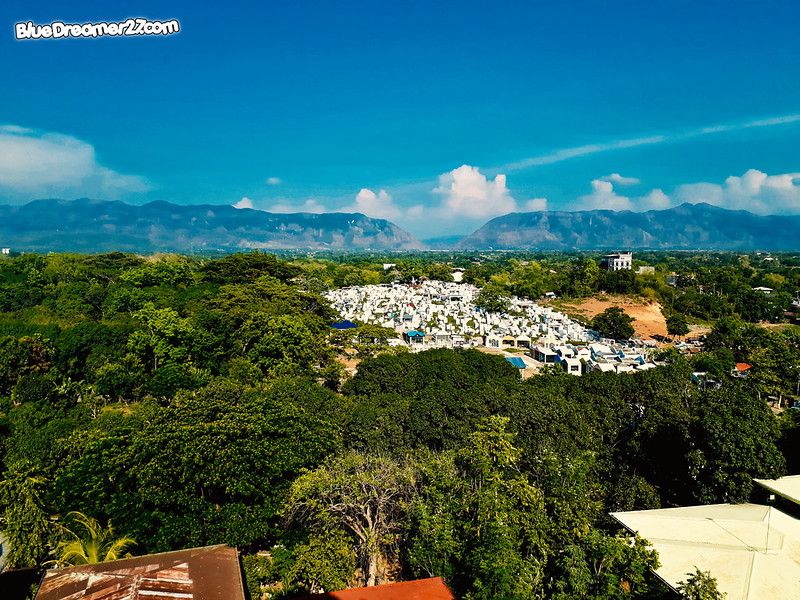 As viewed from Bantay Tower, the white portion is the Bantay Cemetery! Look at that stunning view of mountain ranges from a afar! 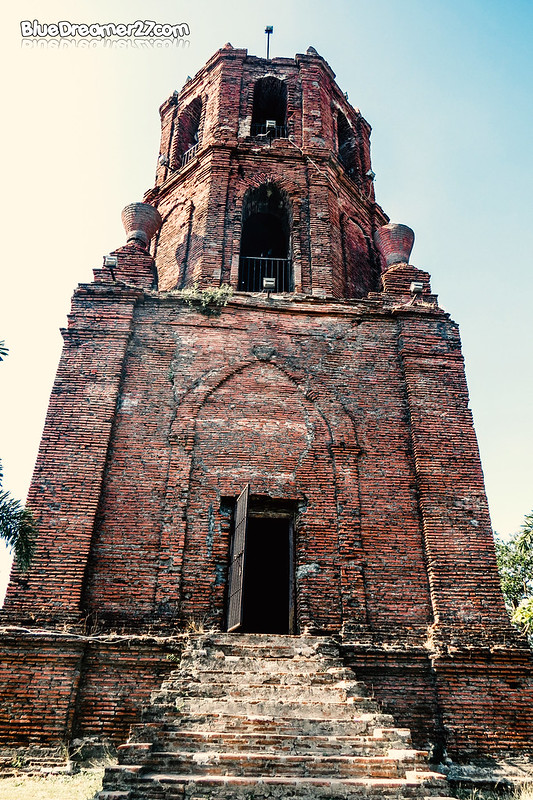 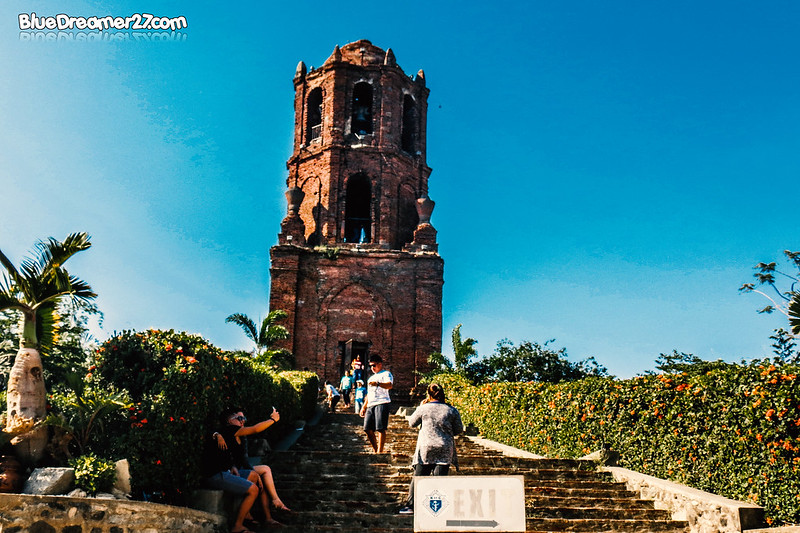 This, finally concludes my Exploring Ilocos series (I might have a couple of extra entries to posts to support this series including the things you should buy and where to stay in Ilocos). It was truly a remarkable journey for all of us. The long travel time might be a little exhausting but absolutely rewarding!

Things You Should Know Before Visiting the Bantay Church and Bantay Tower
►Bantay Tower is built in 1591-1592 as the belfry of the church as well as the watch tower of the town
►There is NO admission or entrance fee to Bantay Tower (donations are encouraged)
►Bantay Church is dedicated to Saint Augustine of Hippo
►It is also the shrine of Our Lady of Charity (Nuestra Señora Dela Caridad/ Apo Caridad)
►Apo Caridad is the Patroness of Ilocandia
►The feast day of Apo Caridad is every second Sunday of January
►Bantay Church is just few walks away from Vigan City
►For Mass Schedule, for Weekdays (Mon-Fri) there’s a mass ever 6am to 7am (the mass is in Ilocano). For Sundays there are three masses in the morning (6/7:30/9am). All masses are in Ilocano except the afternoon mass at 5:30pm.
►Pilgrim mass is held every Saturday (7-8am) and an Anticipated mass on 5:30pm