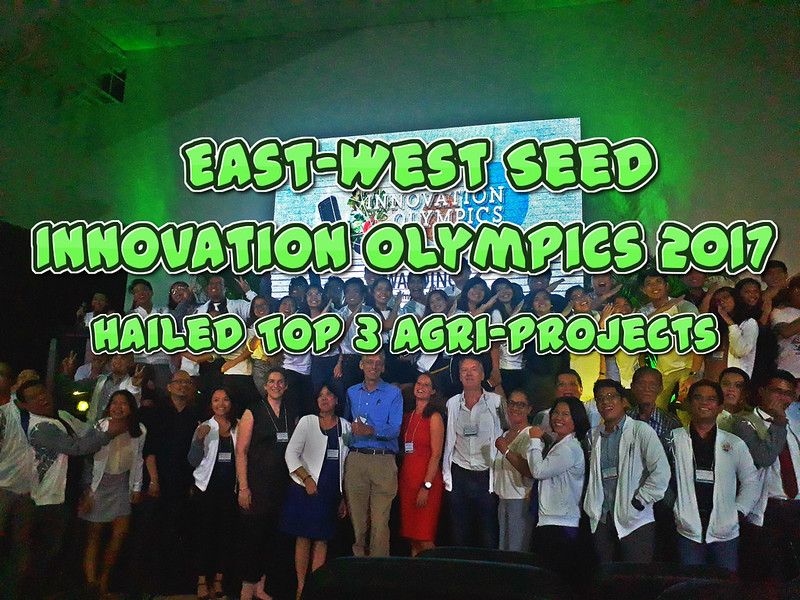 “Farm is the business and farmers are the businessmen” ~ These are the words I still remember from Atty Tamana (Chief of Staff of Senator Cynthia Villar – the chairperson of the Senate agriculture and food committee) during the contract signing between Yupangco’s Paradizoo and the Department of Agriculture. The project is to build farm schools to educate small farmers of some modern techniques that they can implement for their respective farms and to improve their productivity.   Unfortunately, farmers are mostly depicted by many as workers rather than being entrepreneurs and in fact, farmers are considered as the second poorest labor force in the country next to fishermen. There are so much potential but because of the lack of education and proper training and willingness to embrace changes, farmers failed to see the effective ways to improve their knowledge and skills to make them more productive and to make their farms more profitable.

The farming school projects are definitely a milestone in farming industry but how the old farmers will implement them will be a big challenge. Despite being an agricultural country in general, the waning interest of youth in this field is still an alarming fact. The study shows that the average age of Filipino farmers is 55 and the rate of students taking agricultural courses is constantly decreasing. The negative perceptions in farming are the one to be blamed and why millennials are not giving much attention to this particular profession. However, what I have witnessed from the recently concluded Innovation Olympics 2017 in UP Los Baños last Friday (September 29) is a different thing. Seeing students presenting methods and projects to develop innovative solutions to real life challenges of small farmers and making their farming more sustainable, made me realized that there is still a huge potential growth in agriculture industry.

Innovation Olympics 2017
Innovation Olympics 2017 is a university competition launched by East-West Seed Company in celebration of their 35th Anniversary. Knowing the challenge that our farmers are facing today including the outdated farming practices, old farming mechanisms and lack of proper training, the company launched this interesting project to encourage youth (the millenials) to come up with an innovative solution to address the current issues of farmers and also to make the farms more sustainable and profitable. With a theme that is aptly called “New Technologies to Improve the Productivity of Vegetable Farmers”, the East-West Seed Innovation Olympics 2017 will give opportunities to students to create, implement and measure the impact of their own technological solution. After deliberating, they ended up with eight finalists who were given five minutes to present their project and to persuade and convince judges that the project is worthy enough to receive the 150k Seed Money. From eight finalist, only three will be chosen to receive the seed money which will be used to implement the project for three consecutive months. After the three month time frame, the team with the most successful implementation will be declared as the winner. 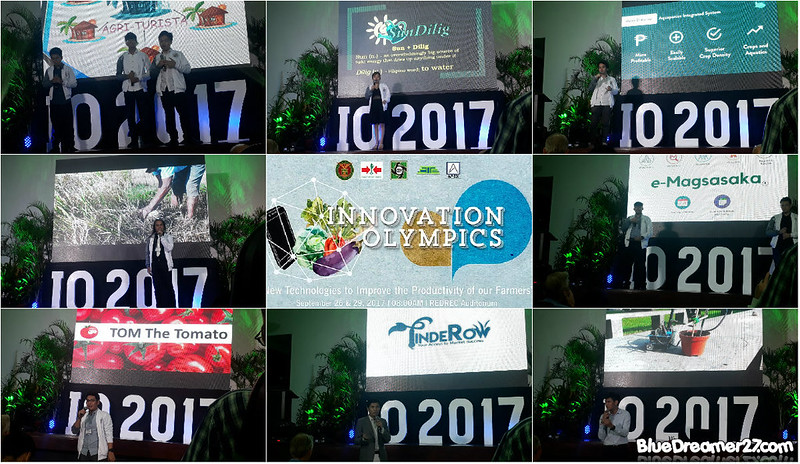 Top Eight Finalists
It was supposed to be ten but due to conflict of schedules, the two other teams failed to make it to the event. The Finalists are from different universities but most of them are from UP Los Banos and from Asian Institute of Management. As the event started, each team gave out their best convincing power to present their respective projects. Team Laguna Sangre of Up Los Baños presented their so-called Agri-Turista which aims to revolutionize agriculture through agri-tourism by building a community enterprise for farmers while Team Light AgriTech presented their concept known as “SunDilig” which features a Smart Solar-powered Irrigation System, an automated irrigation mechanism that aims to conserve water and produce better yields. Project Minerva on the other hand presented their “Aquaponic System” which aims help farmers to produce greater amount of yields despite limited land area through automated Aquaponic system run by microcontrollers and sensors which can be operated through phones. Team Agriviz of Asian Institute of Agriculture aims to encourage farmers to embrace modernization through their e-Magsasaka, an agricultural e-commerce platform that aims to incorporate data analytics and disseminate information to improve farmer’s productivity and profitability.

Team Oppa presented their project in a very interesting way not just by presenting modules but showcasing an actual working scaled prototype of their so-called Pocket-Farm, a simple contraption that utilizes different sensors and data to inform the farmers the status of their farm through SMS or text messaging.  Team Tinderow presented a project of the same name in which they managed to incorporate the system used by Tinder and marketing which they claimed to be an Access to market success for farmers. Team i-Agri Ventures created a witty presentation for their innovative Multi-Crop Dryer by telling a story of Tom the Tomato. The Elevator Picth was concluded by Team Aggrissive which presented an agrochemical solution from pesky weeds which can act both as a pesticide and fertilizers while also aiming as an additional revenue for the farmers. 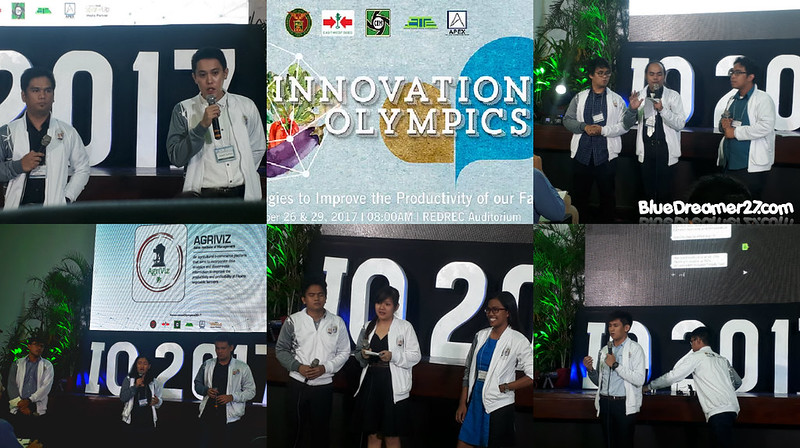 Down to Five
From eight finalists, the teams were down to five. After carefully deliberating, the judges came up with five finalists for the final presentation. Teams who made it on the finals (in no particular order) were the following: Team i-Agri Venture, Team Light AgriTech, Team Agriviz, Team Aggrissive and Team Oppa. For the final presentation, each team were given an additional 5 minutes to further elaborate their proposed projects and another 15 minutes for a Q and A question with the judges. This part of the competition is not just about throwing out convincing words about the project but also to determine how knowledgeable these students are with their project. The judges from East-West Seed asked all the participating students from the top five groups all the possible questions regarding with their proposals.

Personally, I was very impressed with their efforts and dedication. Dr Jose Rizal is so right when he said that Youth is the hope of our future and these students gave us a piece of hope that the farming community and industry in our country is not yet dying and in fact, these students made it even more engaging and interesting. With their creative minds and interesting innovative solutions, I am so thrilled to see what the future of farming industry in the Philippines will be like! 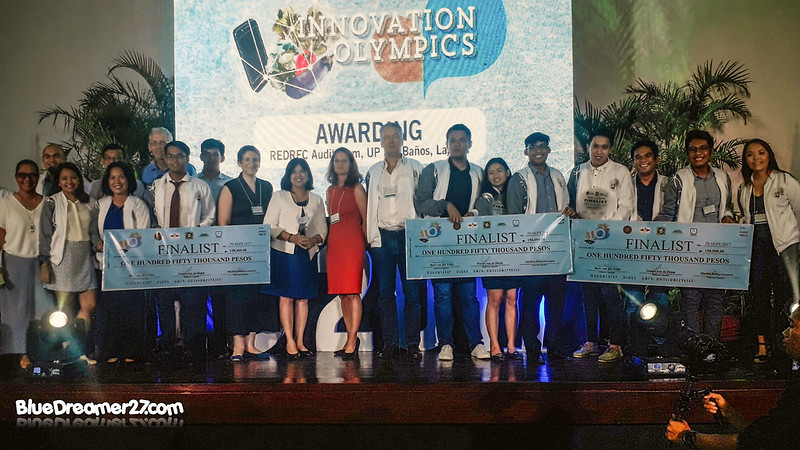 The Top Three Finalists
All the projects presented by these students were creative and innovative but only three will be chosen to receive the seed money worth 150 thousand pesos (Php150k) to implement their projects. After carefully deliberating the top three projects were finally hailed! The final decision was made based on certain criteria including the Entrepreneurial Approach, Business Innovation, Ability to Improve Farmer’s Quality of life and ability to Improve Farmer’s standard of Living.

Team i-Agri Ventures
Their Multi Crop Dryer bested out the rest of the finalists not by delivering a witty presentation but justifying their purpose. The team managed to answer and defended all the questions thrown by the judges in a very impressive manner. The multicrop dryer device aims to eradicate the overproduction of vegetables especially with the tomatoes by turning those wasted overproduced veggies into another product. The dried tomatoes for an instance can be sold in higher value which provides an additional revenue for the farmers. The team also aims to connect farmers to clients who are in need of such products including restaurants and malls.

Team Oppa
Presenting an actual prototype project is already impressive and possibly enough to secure them on the top spot but Team Oppa and their unique Pocket Farm system proved that this technology can become a game changer and improve farmer’s productivity. The Pocket Farm features sensors to be installed in the farm that allows the farmers to track the current soil’s humidity through SMS or text messaging. The system will inform the farmers of the soil moisture if it’s above or less than the required optimum level. The system also informs farmers about the weather through text updates. They were claiming based on the researches they made that this technology can increase 87.5% of the farmer’s yields.

Team Agriviz
If there’s a Lazada for gears and apparels, there’s e-Magsasaka for farmers. Team Agriviz will encourage farmers to become market-driven and become an effective entreprenuers through their agricultural e-commerce platform. Through a mobile app which can be downloaded from Smartphones, the farmers will have access to many different information and also a marketplace where they can buy and sell their harvests. The community which they aimed to build will help farmers to widen their reach and of course that follows a greater revenue. The e-Magsasaka also features wide range of information  and also an ability to create farming calendar and inventory and inputs monitoring. 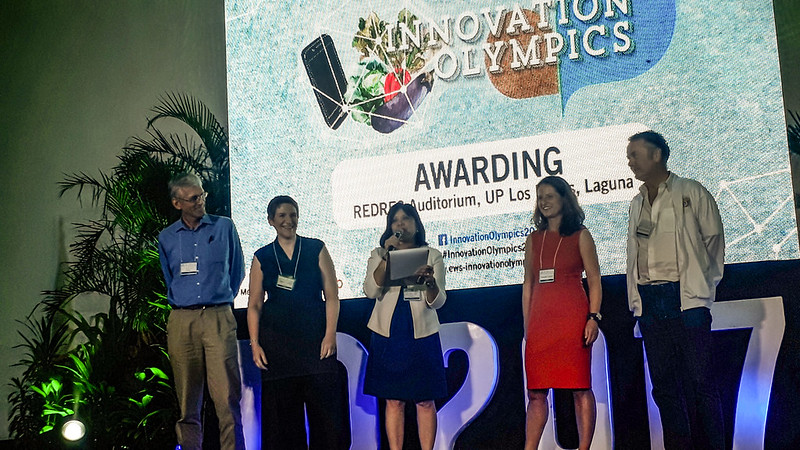 East-West Seed 35th Anniversary
East-West Seed is an integrated vegetable seed company engaged in the development, production and distribution of tropical vegetable seeds world wide. They are currently one of the top ten largest vegetable seed companies in the world with direct presence in 9 countries and exporting to over 60 more. They got over 90 varieties of seeds, seedlings and ornamental in addition to greenhouse and drip irrigation system.
Interestingly, the company is not just about the business trade alone but also aim to address major challenges in the local vegetable industry, food and nutrition sustainability and improving smallholder farmer’s income. Some of their projects involve “Knowledge Transfer activities” which aims to educate farmers of modern techniques, upgrading their knowledge and skills to make them more productive, sustainable and profitable. In fact, in 2016 alone, the company was able to train 46,782 smallholder farmers and they were aiming to double the amount this year according to Ms Maaike Groot (public affairs manager of East-West Seed) who is actually the 6th generation of Groot to take over the business. The company was established by a Dutch seedman Simon Groot in 1982 and this year marks their 35th anniversary.

Representatives of East-West Seed, IO2017 Organizer and the Top three finalists during the Press conference
The Innovation Olympics 2017 is just one of their many projects in celebration of their 35th anniversary. Now the winners will now implement their respective projects with the aid of the Php150k Seed Money. They will be asked to implement the project in a three month time frame and after that, the Champion will determined based on its success.

For the mean time, feel free to watch this Video summary of the recently concluded Innovation Olympics 2017 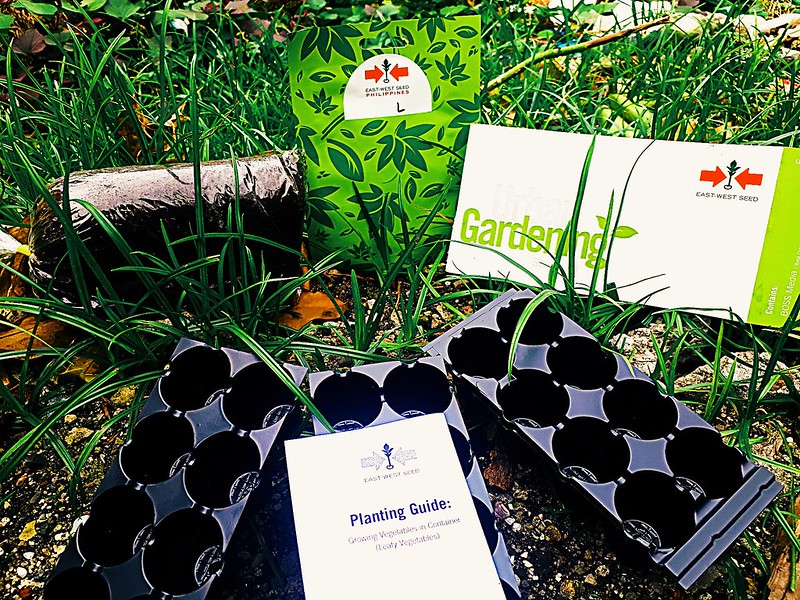 And while we’re waiting for the results of their projects, I’ll also be waiting for my veggies to grow! This Urban Gardening Starter Kit that I got from East-West Seed Philippines. I’m honestly not a green thumb but I am excited to see the result (i got planting guide after all hehe)

To conclude my CosplayMania 2016 Experience, allow me to share some of the interesting booths, activities and items that I spotted during the second day event. You know at, one

I always liked sitting close to the tv set. That was before giant flat screens were available. It is said that there is no direct evidence, however that sitting close