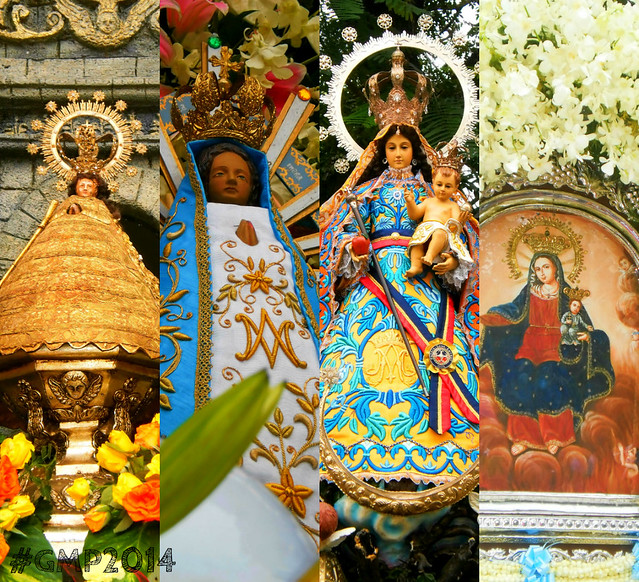 Here comes another batch of Marian images who became a part of the 35th Intramuros Grand Marian Procession last December 7, 2014. 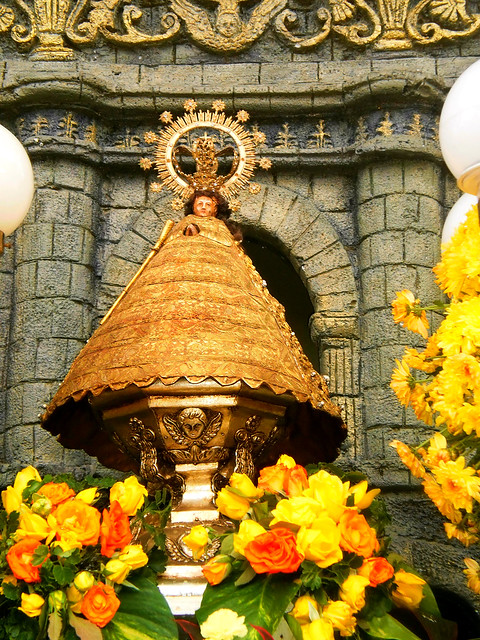 Our Lady of Caysasay (Nuestra Señora de Caysasay) is a celebrated 17th-century image of the Immaculate Conception. The image was found by a man named Juan Maningcad while casting his net in the nearby Pansipit River. The image was canonically crowned in 1954 and was later given the title the “Queen of the Archdiocese of Lipa.” The feast day of Our Lady of Caysasay is celebrated every December 8 and 9. The image is believed to be one of the oldest in the country 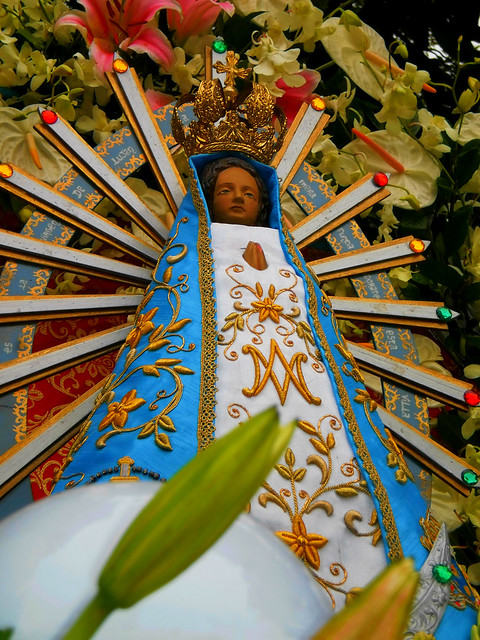 Our Lady of Luján (Nuestra Señora de Luján) is a celebrated 16th-century icon of the Virgin Mary, mother of Jesus Christ. The image, also known as the Virgin of Luján (Virgen de Luján), is on display in the Basilica of Luján in Argentina. The feast day of Our Lady of Luján is May 8. On 8 September 1930, Pope Pius XI formally declared Our Lady of Lujan as the Patroness of Argentina, Paraguay and Uruguay. The image from the Grand Marian Procession was brought by the parishioners of Birhen ng Lujan Quasi Parish (Caloocan) which is also the First Church dedicated to Our Lady of Lujan in Asia and is under the care of the Institute of the Incarnate Word. 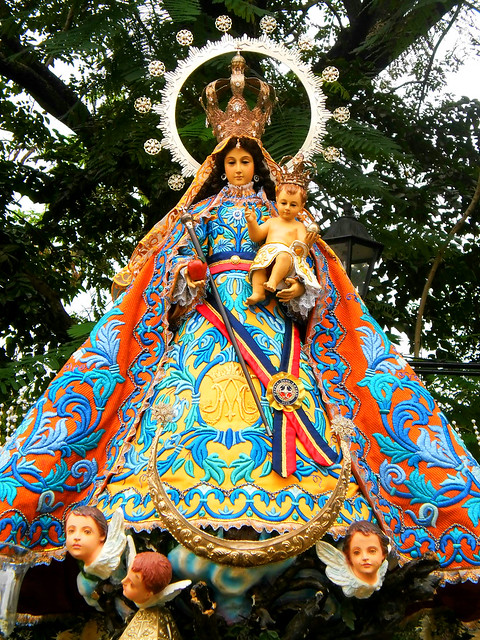 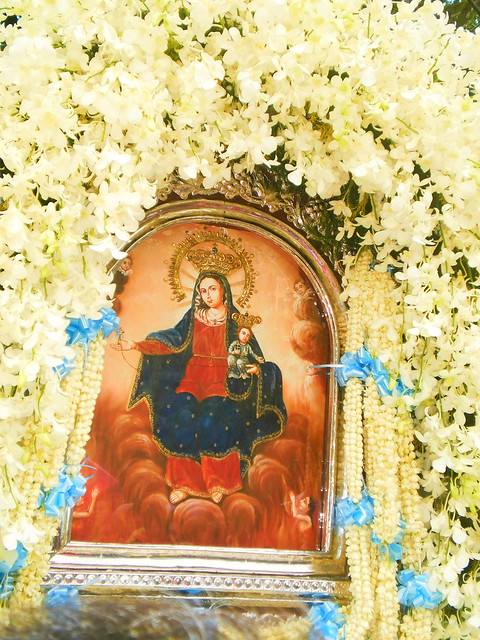 Our Lady of the Most Holy Rosary, Queen of Caracol of Reina De Caracol is the patroness of the Municipality of Rosario Cavite. The icon is a painting of the Blessed Virgin Mary depicted as Our Lady of the Most Holy Rosary. The image is painted on canvas and framed in wood with silver adornments of grapes and vines. The painting is set with gold accouterments. The most venerated icon is enthroned at the altar of the Parish of The Most Holy Rosary, also known as the Rosario Church, in the town of Rosario. Historically, there is no exact data or record as to when she became the patroness of Rosario. The festivities include the ritual dance-procession called “caracol”. The image joined the Grand Marian Procession for the first time after 6 years. 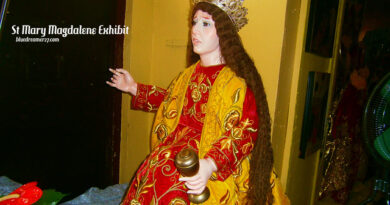