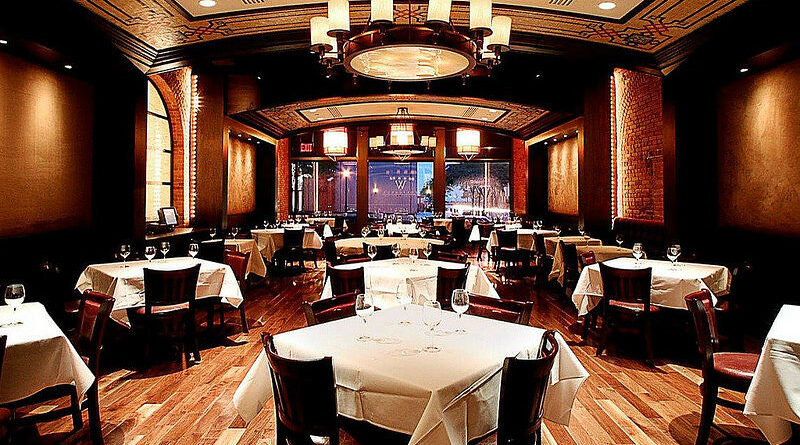 Few months ago, my brother and I were able to explore some amazing attractions in Manila and we really had so much fun (Check: Exploring Manila series). The best thing I discovered during our tour is that Manila alone has so much to offer. You do not have to travel that far to marvel the beauty of our country as this city surprisingly feature an overwhelming amount of stunning destinations that every traveler will enjoy.

The Intramuros and its preserved beauty will remind you of how marvelous Manila was during the Spanish regime (Check: A Journey to The Past Intramuros) while Binondo highlights the world’s oldest Chinatown! (Check : Trip to Binondo). Aside from its historically significant attractions, Manila is also the home of some of the country’s best and finest restaurants and it is not really surprising why people never miss to include Manila as one of their top destinations for their gastronomic adventure!

Visiting Manila is unlike hanging out in most of the Philippines, because the area has been built up over time as something of a resort destination. That is to say, a lot of people visit the Philippines for a more raw experience, seeking low-key getaways, pretty beaches, local experiences, etc. Manila offers something different, and accordingly it has many of the country’s most famous (and in some cases best) restaurants. So, for you foodies who might be traveling to the area sometime soon, I wanted to list some of the highlights, with a few words on each establishment. 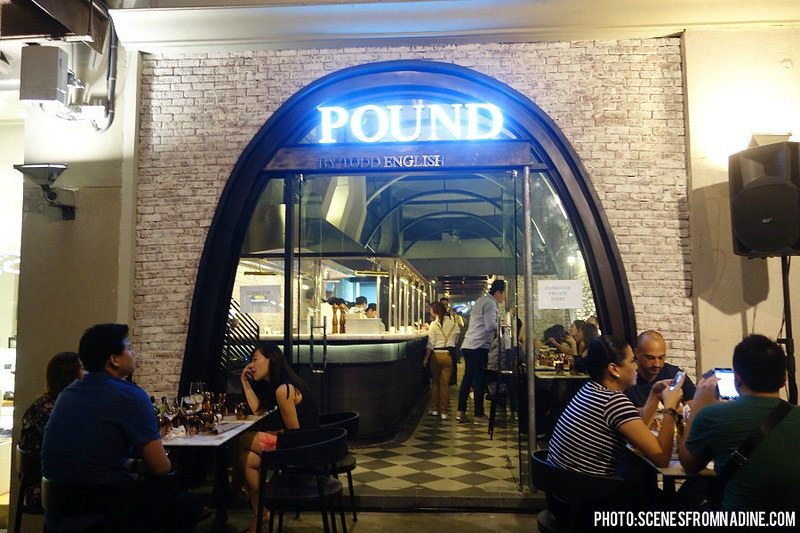 A good burger joint can never go wrong, and this one was particularly interesting the moment it opened on 7th Avenue. In part this was because Todd English is a big name in the culinary world (though he’s recently gotten caught up in sexual harassment accusations that could derail his career). But it was also due to the fact that Pound introduced a fresh concept of concentrating on chicken burgers. Though conventional red meat burgers are on the menu, the chicken is the star of this menu, and it makes for a delicious, interesting twist. Basically, it’s gourmet comfort food revolving around mouth-watering chicken.

Blackbird Makati is a beautiful spot for a night out in Manila, situated right on the small but pretty Ayala Triangle Gardens, and designed with refined modern quality. The menu, too, feels very modern, based on meat and fish and presented elegantly (though there’s some comfort food on the menu as well). All in all, it’s considered one of the better fine dining establishments in the city, and it offers an unrivaled ambiance. 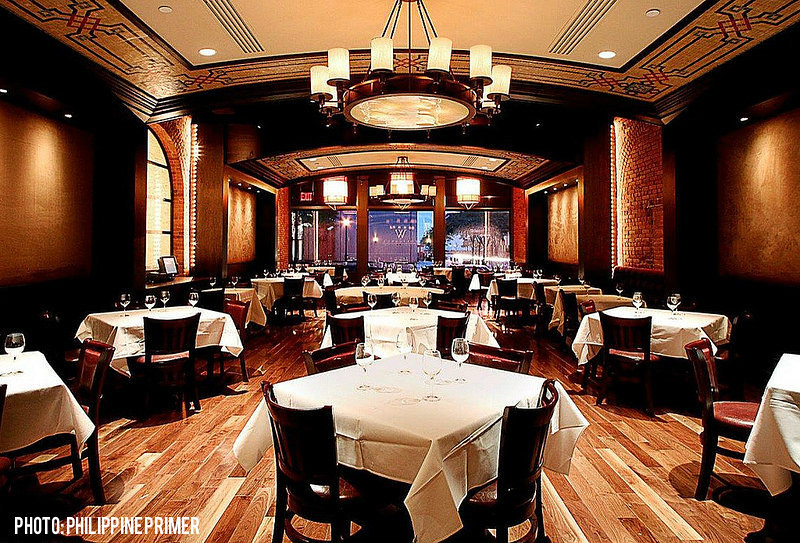 It’s only fitting that Wolfgang Puck – one of the most famous chefs on the planet – should have an establishment in Manila. Just recently he was written up as part of the best chefs with restaurants in casinos, with the article citing his ability to blend American and Italian cuisine with California flavors. With its aforementioned focus on resorts, Manila has become something of a casino hub, which makes a Wolfgang establishment right at home. In this case however, the famous chef is putting forth more of a classic steakhouse. There’s beef, seafood, traditional vegetable and starch sides, and a lovely dessert selection. It’s a terrific restaurant from a legendary restaurateur. 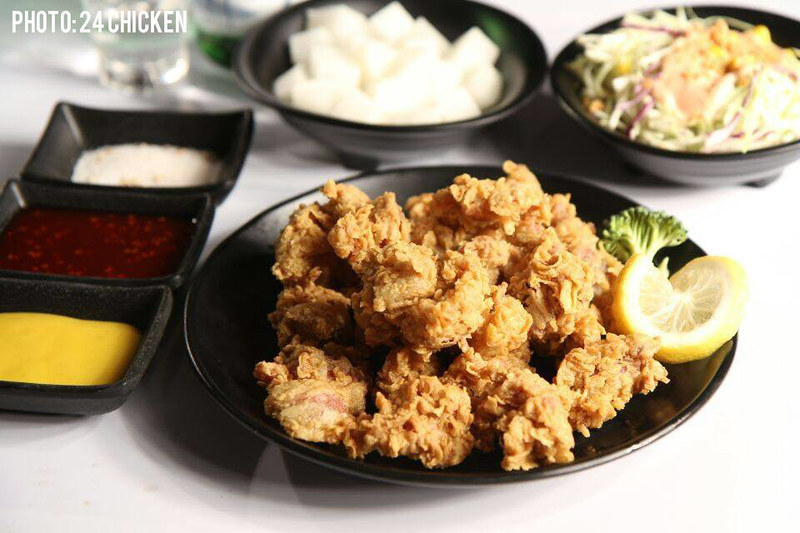 We’ve already covered one chicken-based establishment on this list, but 24 Chicken deserves mention as well, largely because it might be the best casual restaurant in Manila. The other places we’ve mentioned are all on the fancier side (though none are pretentious about it), whereas 24 Chicken is an everyday eatery, perfect for a quick meal or even delivery. Basically, it’s Korean-style fried chicken presented in different ways with different sauces, and it’s delicious. 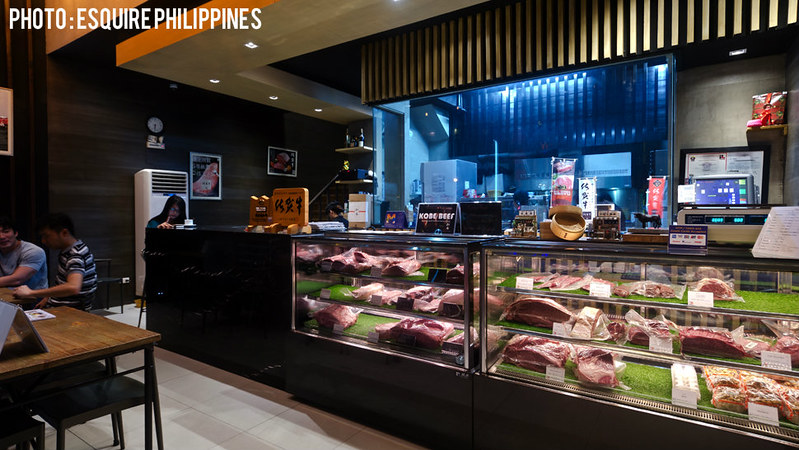 We’ll close things out with another steakhouse, because frankly that’s the category a lot of Manila’s better eateries would fall into. As a list of the best steakhouses in Manila said, steak is an art form at Wagyu BGC, where “buttery chunks” of Japanese meat are cooked in front of you and you’re able to truly enjoy the meal from beginning to end. In terms of pure flavor, you’d be hard-pressed to find a more appealing place to eat in all of the city – provided you like meat and strong seasonings, that is. 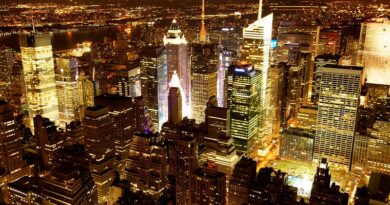