It is true that in every gamble, there are only two possibilities waiting to happen, you will either win or lose the battle. This is the kind of metaphor used in the film Kristo which follows a story of a guy named Boy and his life as a hardworking father to four kids, as a loving husband, and as a so-called kristo (a term used for a cockfighting bet taker). It was a slow-paced story of Boy Saging (played by Kristopher King) and I actually thought that a lot of time was wasted in this 1hr and 32 minutes film by focusing on scenes that are actually no longer relevant. Although I appreciate how the acting was naturally delivered. It was like you are witnessing a typical Filipino family and their natural conversations in a daily basis.

It was not overly done and everything that we have witnessed is so realistic and I guess that is the strongest point of this film. In the entire run of the movie, we will be prompted repeatedly to real cockfights, a set of wonderfully shot scenes. We have witnessed those gory battles and how one cock died after a bloody fight. Boy Saging is one hard working father who aims nothing but to raise his kids well. He and his wife work as a banana vendor (thus he got his nickname Boy Saging) but Boy works part time as a Kristo. He works under a boss (played by Julio Diaz), a self-centered guy who spends a lot of money in cockfighting. Boy Saging and another guy named Turon are two of his favorite Kristo as both of them are considerably hustlers or great on such field.

Boy seemingly spent most of his life working as a Kristo. He has been dealing with such form of gamble and most of the time, it greatly affects his top priorities. There was a scene where he must attend his daughter’s graduation but he just got a call from his boss that he simply can’t refuse so he had to leave early and promised his family that he will go back home immediately. The movie was quite confusing and I personally don’t know where exactly it is heading or maybe the message was too deep for my own understanding but one thing is clear, Kristo is a simple representation of our lives.

Life is like a huge gamble, it’s a game of chance that we cannot predict the results. Sometimes life will lead us to victory while sometimes will lead us to failure. It is a win or lose battle indeed and in the case of Boy Saging, his life tragically ends. It was truly devastating that a father who works hard for his family will be killed by those merciless holdappers. Boy fought for his life as if he put himself into a cockfight but unfortunately much like those cockfight battles we have seen, Boy’s fate ended up in bloody tragedy. The film also made me realized that every decision we made in life has a consequence. I realized that if Boy Saging accepted his boss offer to join him in a derby, his life could have been saved yet Boy chose to go back home and asked his friend “Buko” to replace him. Tricky isn’t? But then, that’s life, that’s reality!

My rating for this movie is 2 out of 5 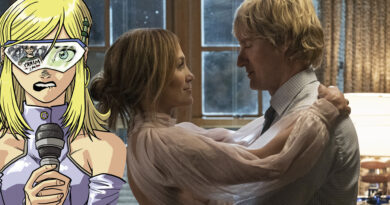 The Hits and Misses of Marry Me Movie [Movie Review]