There were things in life that are not really worth exploring. I am a huge Science Fiction fan and based on all the books and movies I have watched, planet Mars has always been the favorite subject of exploration. There is really something intriguing about this planet that all of us wanted to discover. Are there really life forms in this planet? How do they look like? Are they friendly? Well, I can tell you now that whenever we are talking about Mars and what lies beyond this planet, we are talking about dangers and it has never been a good idea to explore this uncharted territory on the first place.

Photo Credit : Columbia Pictures
Life is another Sci-fi thriller movie that follows a story of six astronauts who went on a mission and apparently discovered the first ever life form from Mars. They discovered a small organism and they decided to take it on our planet but things went unexpected when this small creature started to grow rapidly turning itself from harmless creature to a hostile monster that put the astronauts’ lives in danger.

Photo Credit : Columbia Pictures
“Life Is Your Typical Alien Movie with a Twist”
Hostile aliens from Mars? A Space mission that ended up in chaos after interacting with aggressive life forms from other planets? Don’t you think these plots are very familiar? Well, it’s because these scenarios have been used multiple names in countless number of Sci-fi movies. It has become a formula for most alien movies and the only challenge for film makers is how they can make their story more distinctive and memorable. We cannot deny the fact that when it comes to alien movies, we cannot help but to compare them with Ridley Scott’s masterpiece. Alien franchise was just too successful that it sets a standard for alien movies so high. In case of Life, it could generally be considered as another Alien clone but a good one. Thanks to the impressive cinematography and on-point level of intensity in the movie which keep us all wondering what will happen next and who the next prey will be. The movie is generally predictable but concluded in a very interesting twist. I don’t want to spoil much about it so you better watch the movie on your own risk to find out.

Photo Credit : Columbia Pictures
“Ryan Reynolds being… uhmm… Deadpool?”
The movie is actually composed of two A-list actors including Jake Gyllenhaal and of course Ryan Reynolds. Gyllenhaal plays a space doctor (Dr David Jordan) while Ryan Reynolds plays a space engineer (Roy Adams) whose cocky attitude will remind us of his Deadpool character. It was a diverse cast with supporting characters that are far more interesting than the main ones. It includes Dr Miranda North (played by Rebecca Fergusson), Sho Kendo (a Japanese space engineer played Hiroyuki Sanada), Dr Hugh Derry (A British Biologist played by Ariyon Bakare) and Katerina Golovkin (a Russian mission commander played by Olga Dihovichnaya). Reynolds provided most of the comic relief at the beginning of the film until everything escalated too quickly and the hostile alien which was named “Calvin” put their lives in jeopardy.

Photo Credit : Columbia Pictures
“Just Because It’s Cute Doesn’t Mean its Harmless”
A simple small and seemingly microscophic organism doesn’t really sound terrifying but when you said that it is made of equal parts of muscle and brain, now, that is something to be scared about. Calvin is one intelligent creature who can easily adapt to its environment. He is smart enough to know that his life is being threatened and that he need to find ways to survive even if it means that he must kill all the crews of the International Space Station. The looks of this starfish-like creature could be very deceiving at first but as soon as it grows , it becomes more and more terrifying.

Photo Credit : Columbia Pictures
“When Aliens Meets Gravity”
Like I said, Life is more like a decent rip off from Ridley Scott’s Alien Franchise but still special on its own right. It offers a commendable cinematography which makes the outerspace scenes quite realistic and believable but I cannot help but to compare this movie from Clooney’s Gravity in terms of the visual effects and amazing cinematography. I personally think that they provided enough justice and will take us all in a seemingly realistic environment. Furthermore, Life managed to put right amout of intensity in their heart pounding sequences that will require you to catch some breath at some point. I also think that the movie was released very timely because two months from now, we will be introduced to a highly anticipated installment of Alien franchise, the Alien: Covenant.
Overall, LIFE is an interesting addition to your Sci-Fi movie collection and absolutely worth watching.

Photo Credit : Columbia Pictures
My rating for this movie is 3.5 out of 5
LIFE movie hits the theaters today March 23, 2017 so go ahead and embark yourself in an epic yet terrifying space adventure! 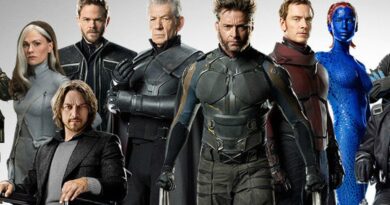 X-Men: Days of Future Past Special Movie Screening by Nuffnang