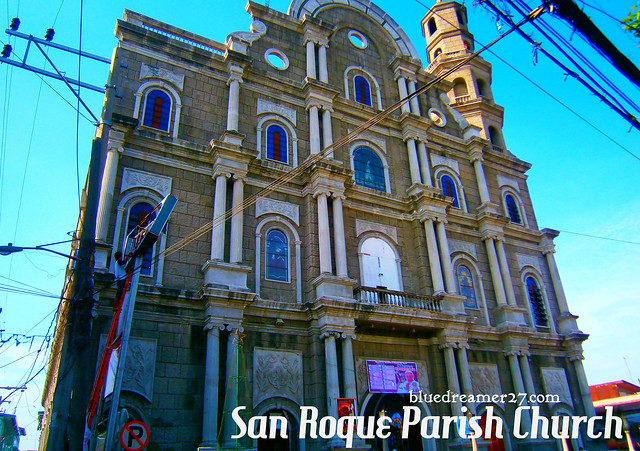 Just a quick break from my Las Piñas Pilgrimage tour. I just want to feature a church that is truly special to me for so many reasons. First, it is the church were I was baptized and it is also located on my very own hometown in Cavite City. It’s the San Roque Parish Church! The church is actually just few walks away from my place and this is where I usually attend mass every Sunday. The church is known for being the shrine of Nuestra Señora Dela Soledad De Porta Vaga (Our Lady of Solitude of Porta Vaga), one of the oldest Marian painting in the country. 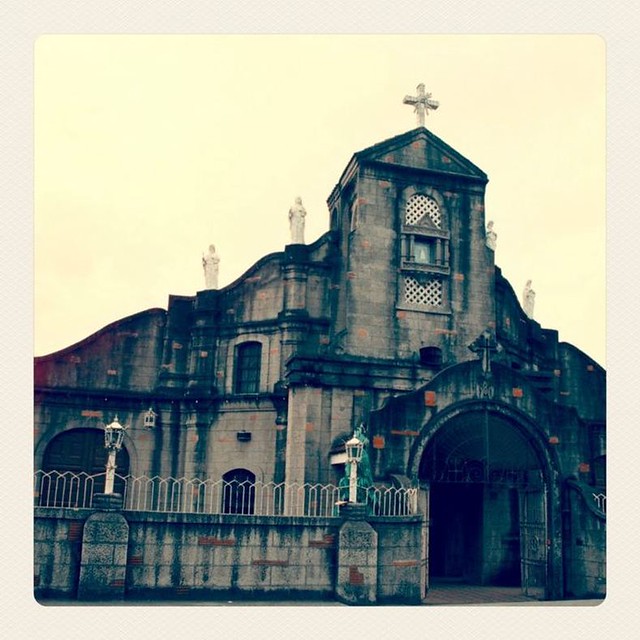 The church was established more than three hundred years ago and has undergone numerous renovations and refurbishings since then. The church had its massive renovation in early 2000 and the construction is still in progress until now. Here’s a brief history about the church and why Saint Roch became its Patron saint.
“When the Spaniards came in 1571, they found the place forested and swampy. Its location was very strategic for trade since it was surrounded by water. This must be the reason why many Chinese used to visit the place. In 1573, when the Chinese pirate Limahong was being chased by the Spaniards, he retreated to the northern most portion of San Roque. This is presently known as Sangley point. In 1614, when the province of Cavite was given a politico-military government, San Roque was created as an independent “pueblo”.
A legend tells us that sometime in 1700, a badly damaged ship stopped at a certain place in Cavite called Sapa-sapaan for repair. Aboard the ship was the image of San Roque which the crewmen venerated as their patron. It was customary then to have saints as protectors of the ship while it was on a voyage. Before the work began, the captain of the ship ordered that the image of San Roque be deposited in the nipa chapel of the town. At the time, the patroness of the town was Sta. Margarita. After the ship had been repaired, the captain asked the workers to bring back the image to the ship. To their surprise, the crewmen found out that they could not move the image even an inch from its place. They informed the captain of their strange experience. Thus, they left the image in the chapel. The news spread around the town and from that time on, San Roque was venerated as the patron of the place. The town was renamed after him.
According to Don Gervacio Pangilinan, a local historian, an old legend tells us that a grand temple was built in 1725. Together with San Roque, the miraculous image of the Nuestro Padre Jesus Nazareno was also venerated. The honorable Baron of Melvill financed the construction of the Church. Today, the thick walls of the nave of San Roque reminds us of the one built during the early years of the century. ” (info taken from here) 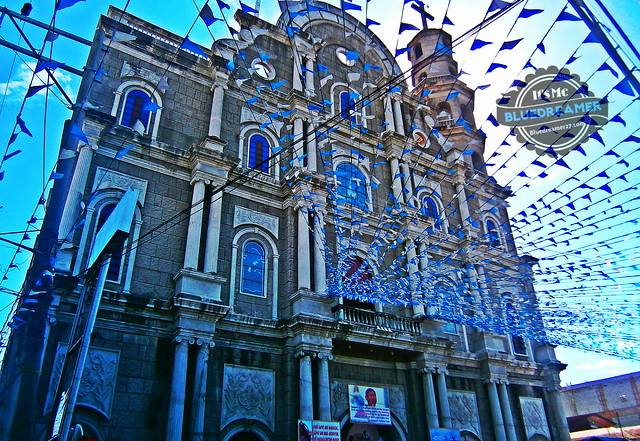 Banderitas (small flags) were attached from the facade in celebration of the feast day of Our Lady of Porta Vaga. The four-hundred-year old painting of the Nuestra Senora Soledad de Porta Vaga was first enshrined to Ermita de Porta Vaga chapel  alongside the walls of Cavite in 1899. The image was transferred to San Roque Parish Church in 1945 since the old chapel was destroyed during the World War II. 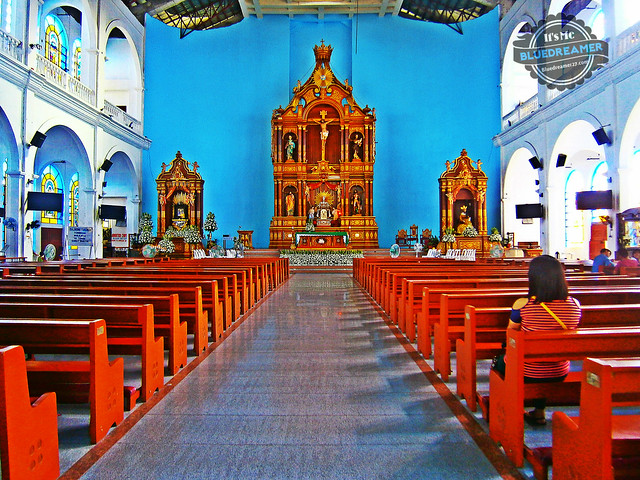 The construction which already took more or less fifteen years is almost done. Here’s the church nave and the newly constructed altars. 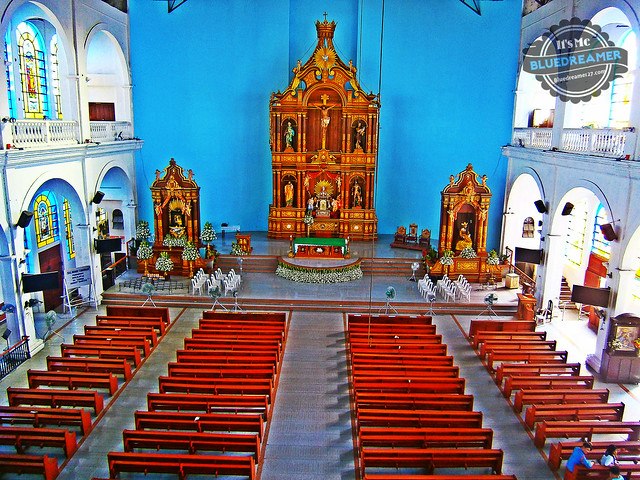 The church’s interior view from the indoor balcony (possibly their future choir loft). 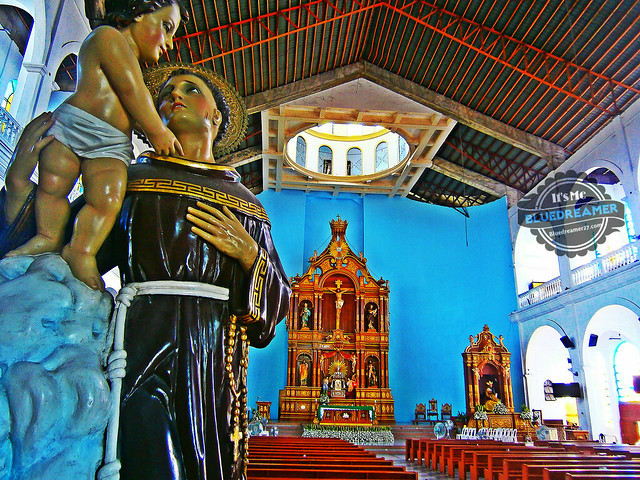 As you can see, the ceiling is not yet done but according to Rev Fr Dominador Medina, this is will be the target next year and this is possibly the last phase of construction. Father Medina gave us a hint that the ceiling will be inspired from the ceiling of San Roque Parish Church in Naic Cavite. 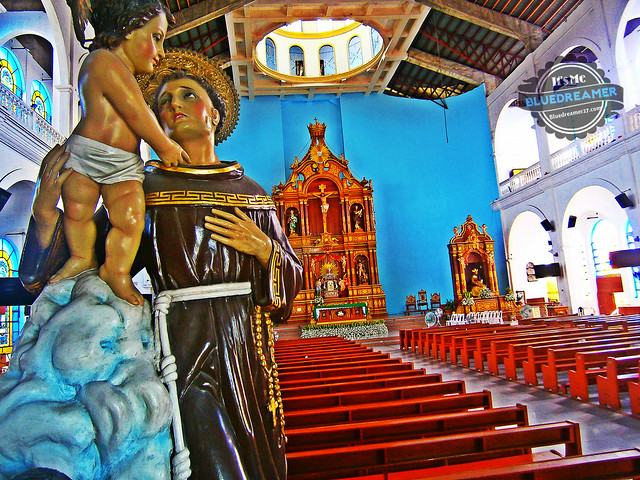 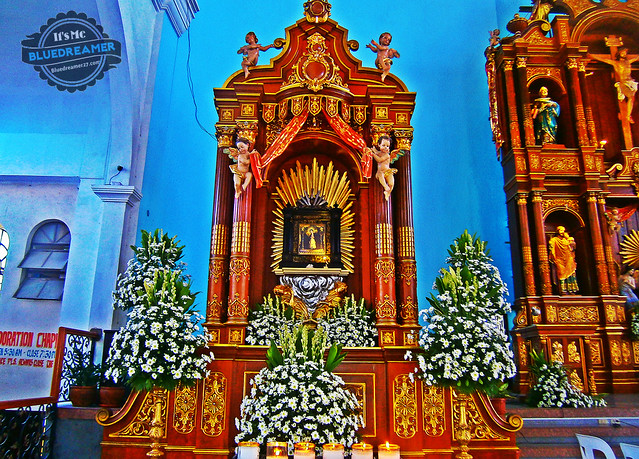 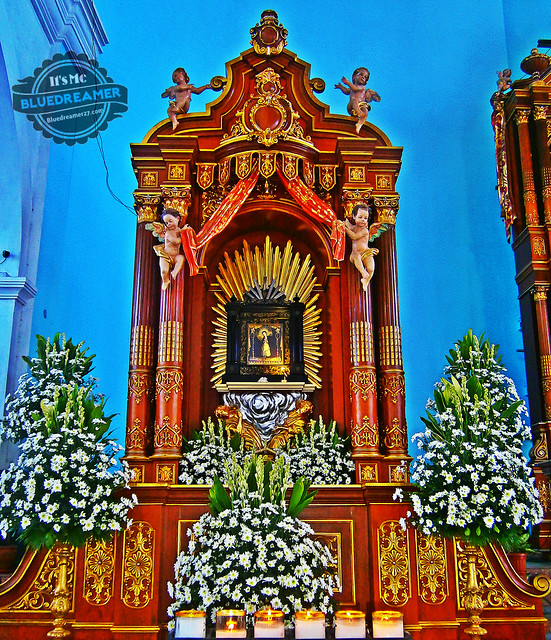 The new altar of Our Lady of Solitude of Porta Vaga. They said that the altar was sculpted by the well know sculptor Willy Layug and the frame was merely made of Kamagong. 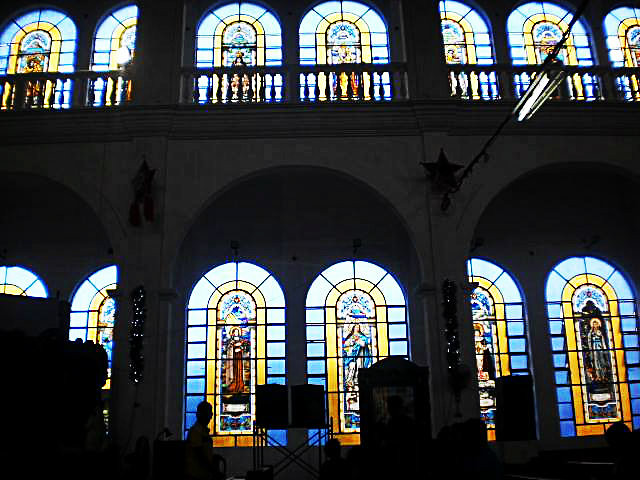 The walls’ stained glass windows were unveiled two years ago. Each window depicts an image of different saints and images of mary. 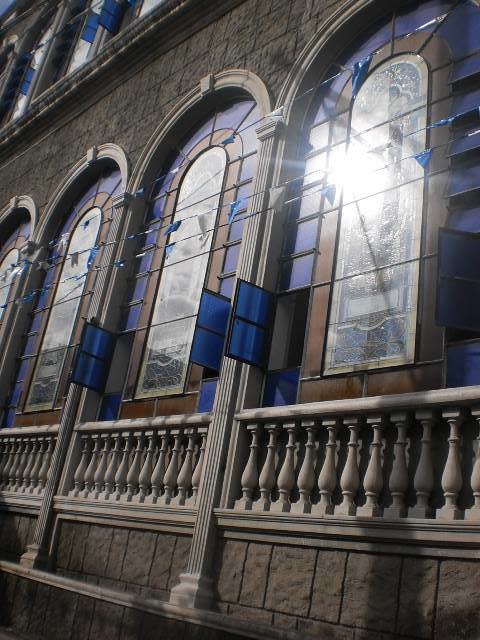 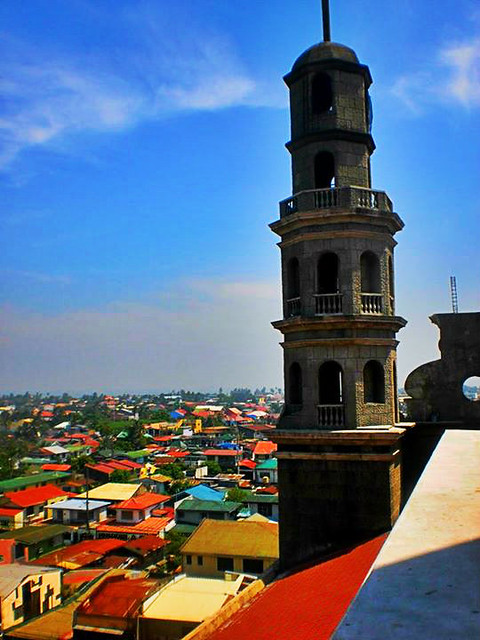 Here’s a closer view of Bell tower taken from the church’s dome. 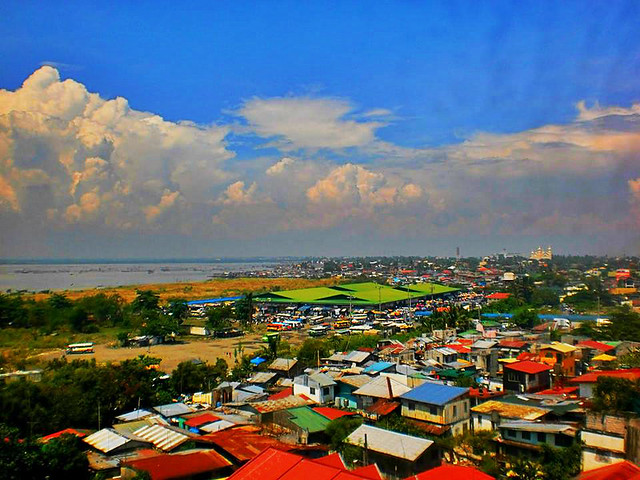 Cavite City sky line from the San Roque Parish done. The church was so huge that you can view it from the Cavite Express way.

Check Out other Churches in Cavite Su Asuncion y Nuestra Devocion, Our Lady of the Assumption Exhibit in Bulakan